Oscar Rodriguez, owner of Cantarito Molito’s Grill on Pacific Coast Highway, posted a heartfelt video to the restaurant’s Instagram page letting customers know the COVID-19 pandemic was driving the restaurant to the verge of closing.

In the video, Rodriguez is seen fighting back tears saying that he doesn’t want to close his doors and urges people to help out in any way they can.

The community heeded his call. As of Saturday afternoon, the video has picked up over 40,000 views and grabbed the attention of Tito Rodriguez—most commonly known as the Hood Santa for his humanitarian group Local Hearts.

“I felt the pain,” Rodriguez said. “You can see it in his eyes. I saw the call for action.”

Tito Rodriguez gathered a group of his friends and other social media influencers and visited Oscar Rodriguez’s restaurant on Saturday. Through the Local Hearts organization, Oscar Rodriguez was given close to $2,000 to help keep his business afloat.

Upon receiving the money, Oscar Rodriguez broke down in tears.

“I just needed help,” he said. “The two to three months of closing patio dining is what hurt me the most.”

But the help didn’t stop there. People from across Southern California reached out, even a woman in Spain. Rodriguez’s restaurant staff set up a GoFundMe account to accept donations to keep the restaurant going.

Rodriguez said he was approximately $140,000 in debt, and that no bank or private lender gave him a grant or loan because he hadn’t recorded any earnings in 2019—he didn’t open until 2020.

The restaurant’s fundraiser had collected over $5,000 on Saturday.

“Being broke at one point, you know what the feeling is like,” Luzanilla said. “We saw a fellow business owner in need. We’ll survive this one way or another.” 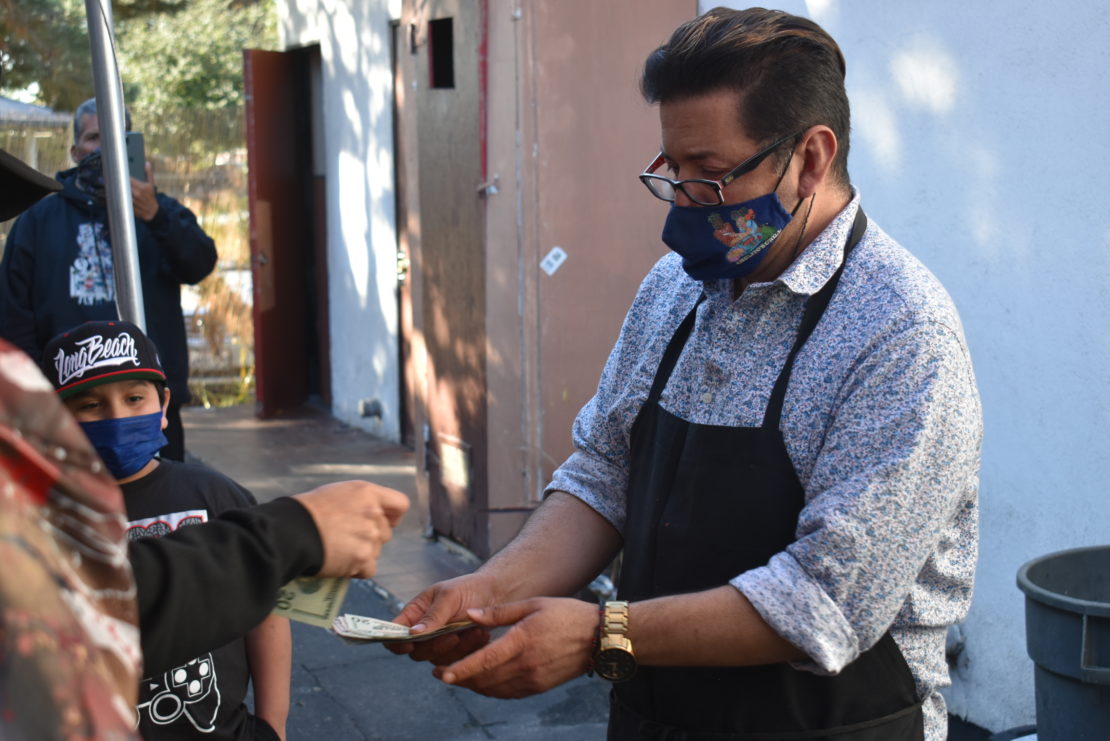