The third most expensive home for sale in Long Beach right now shouldn’t surprise you with its listing price of $4,999,000. The address alone is impressive: 5 The Colonnade. The location is unbeatable, sitting on the point at the eastern end of Naples’ Treasure Island—the “good” part of Naples.

Got water toys? Like yachts? The house comes with three slips on the open water of Alamitos Bay, so there’s no having to lower the mast to sneak through bridges. Just get up and go. The views are indescribable. You consider all of that and suddenly $5 million seems like a bargain. You reach for your Amex Black Card to close the deal, and almost as an afterthought, you ask, “What’s the house like?”

You mean now? Can we talk instead about how it looked back in 1953? “Unique” is how it looked in an area that today leans toward nautical themes with more than a sprinkling of gaudy gold coast mansions (doesn’t matter which coast as long as it’s gold). The home at 5 The Colonnade in 1953 seemed to be more of a nod toward the mountains than the sea. It was decidedly rustic, like a “Yellowstone” ranch house.

Beverly told the Independent, Press-Telegram’s Southland Sunday magazine in 1953 that she and her husband had dreamed of building a modern home, but when she saw architect James E. Barton’s more traditional mountain-lodge style, she said, “I told my husband, ‘This is it!’ So we scrapped all our plans and started over.”

The result, said Beverly, “is what I call modern farmhouse style.” That’s a style you don’t find much in Naples.

The home was built with redwood siding and shakes. A low rustic fence was built in front of the house with a tiny gate.

The living room was curly redwood with a knotty pine ceiling; the floor was pegged hardwood.

One corner of the kitchen was taken up by a brick barbecue and fireplace with rotisserie. Cabinets were knotty cedar. 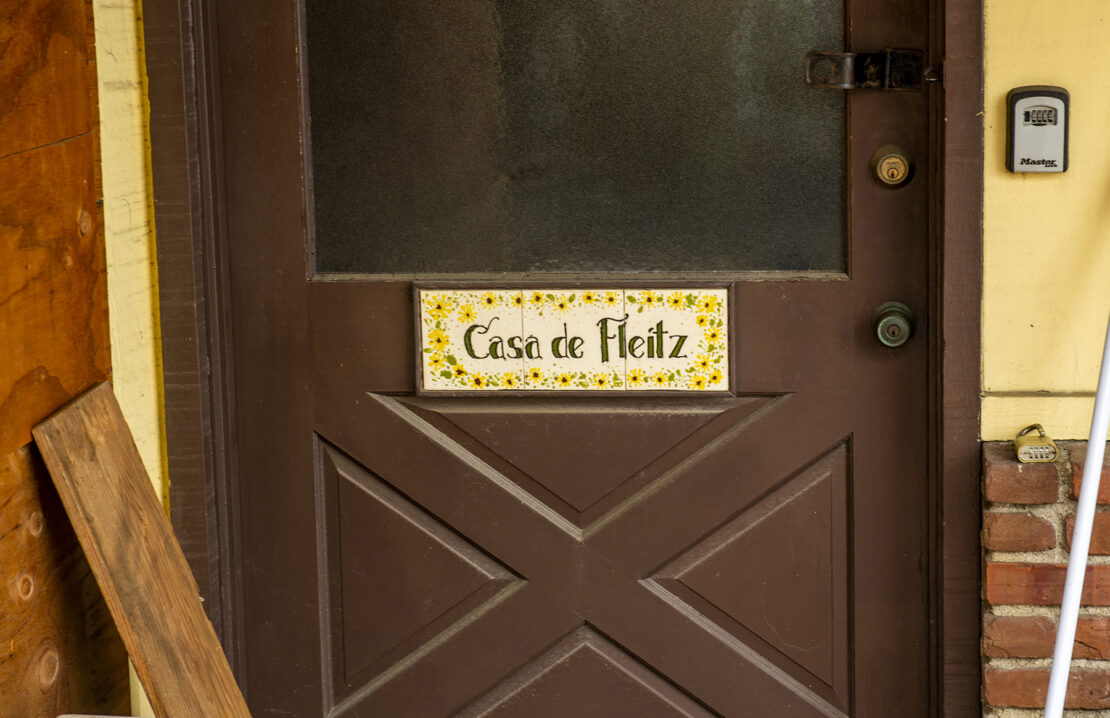 A sign on the door of the Fleitz family home on Treasure Island in Naples on Thursday, June 16, 2022. Photo by Thomas R. Cordova.

Upstairs, the  hall closet was lined with knotty cedar and the walls were papered with a brown-and-yellow plaid pattern.

John died in 2011 and Beverly died three years later. The house, sadly, has followed. If there can be said to be an eyesore anywhere in Naples, it’s here at 5 The Colonnade. And it’s yours for $5 million. 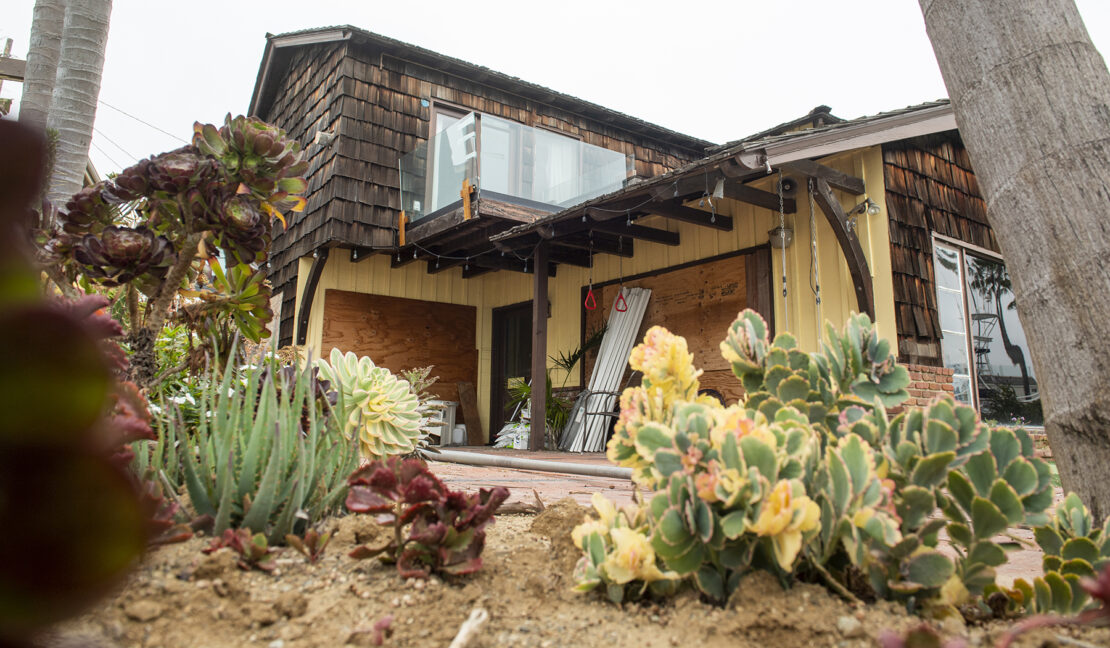 It’s been sitting vacant and poorly maintained to the point that the first thing you’re going to have to do when you buy it is tear it down. It’s listed by Spencer Snyder for its land use only, and for sure it is highly desirable land.

But, to further complicate your acquisition, the home’s current owner, who also owns the house next door, is redrawing the lot lines to increase his home’s property, which will cut into your lot size.

The buyer does get to keep the three boat slips, though. And, even if you have to build an abbreviated home on the lot, you really can’t beat the view.