The Atlantic Alano Club is embarking on a capital campaign to find a permanent home to continue its mission of providing a safe space for addiction recovery to the LGBTQ+ community.

Since its founding in 1984, the organization has relocated six times, although it remains the only club of its kind north of San Diego and south of Silver Lake, said chairman of the board, Bryan Weil.

“The Alano Club was kind of based on the whims of a landlord,” said Weil, who hopes the organization will be able to find a permanent space within the next five years.

The organization was initially established to meet an unmet need in the recovery community: a truly judgment-free and inclusive space for its LGBTQ+ members.

“The feedback that we get from people that come from ‘straight’ 12-step meetings, is they feel that they can finally share their truth comfortably,” said Weil.

Although the club is LGBTQ-focused, all people are welcome, with sometimes as many as 20% of people joining 12-step recovery meetings do not identify as LGBTQ, said Weil.

“They just feel that it’s a very comforting, welcoming environment,” said Weil. “Even though we’re LGBT Alano Club, we welcome anybody and everybody.”

Over the years, Weil has also noticed an increase in attendance from the transgender community, “which is great, which means they’re comfortable coming to meetings,” he said.

Each month, Weil estimated that between 1,000 and 1,2000 people pass through the organization’s doors for a recovery meeting.

The club hosts about 25 in-person meetings a week (when pandemic restrictions allow) and another seven that are online-only, although the club has recently adapted the technology to allow participants to virtually attend in-person meetings, said Weil.

While the club has always strived to provide a safe space to its participants, the switch to virtual meetings at the start of the pandemic had a detrimental side effect: Zoom bombing.

“We did have people logging into our meetings, and saying homophobic slurs,” said Weil.

Fortunately, it has not been an issue since then, said Weil, although it remains a reminder of the difficulties facing many LGBTQ+ members in recovery.

“They say that addiction is really tied to a lot of shame, and I think that there’s a lot of shame that society puts on gay people,” said Weil. 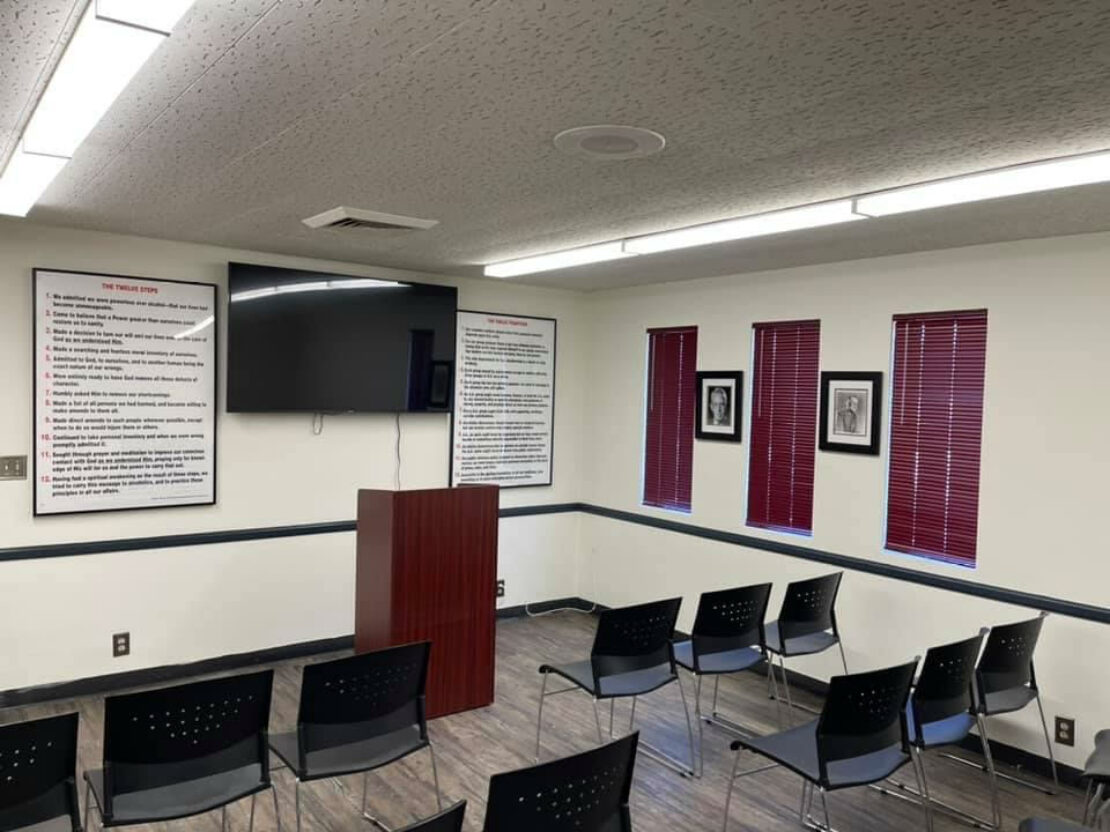 The Atlantic Alano Club provides a safe space to LGBTQ+ people in recovery, through various in-person, virtual, or hybrid meeting offerings each week. The club also hosts social events throughout the year for its participants. Photo courtesy of Atlantic Alano Club.

While the organization’s emphasis is on recovery meetings, social events and the opportunity to bridge connections between its members is an integral piece of Alano Club as well.

“Within the gay community, there’s quite a bit of struggle with addiction,” said Weil.  “We want to make sure that we create a safe environment for meetings . . .  but we also try to create a community amongst those different people.”

“They learn how to have fun, sober fun, and they get to be in an environment that’s accepting of their sexuality as well as their sobriety,” said Weil.

The pandemic created a financial struggle for the organization, but Atlantic Alano Club found a solution with its membership program, an initiative that allowed the club to not only keep its space but also build some savings.

While the completely volunteer-run organization never expects any money from its members, currently 60 to 65 members pay monthly dues, bridging the club’s financial gap and supporting the goal of purchasing its own space, said Weil.

“We don’t have these big, huge, lofty goals. It’s just to be able to have a permanent home with a big enough space that’s welcoming, so as many people who want to can attend meetings and we can host as many meetings as possible,” said Weil.