Tens of thousands of people took to the streets of East Long Beach with their bikes, scooters, skateboards or just their own two legs on Saturday afternoon, as they reveled in the excitement of the return of the popular Beach Streets event that shuts down major roads to vehicular traffic.

Beach Streets is an annual single-day event that started in 2015 to showcase businesses and neighborhoods. It currently attracts tens of thousands of people to Long Beach each year, with participants able to experience unrestricted access to areas around the city that are normally occupied by vehicles. 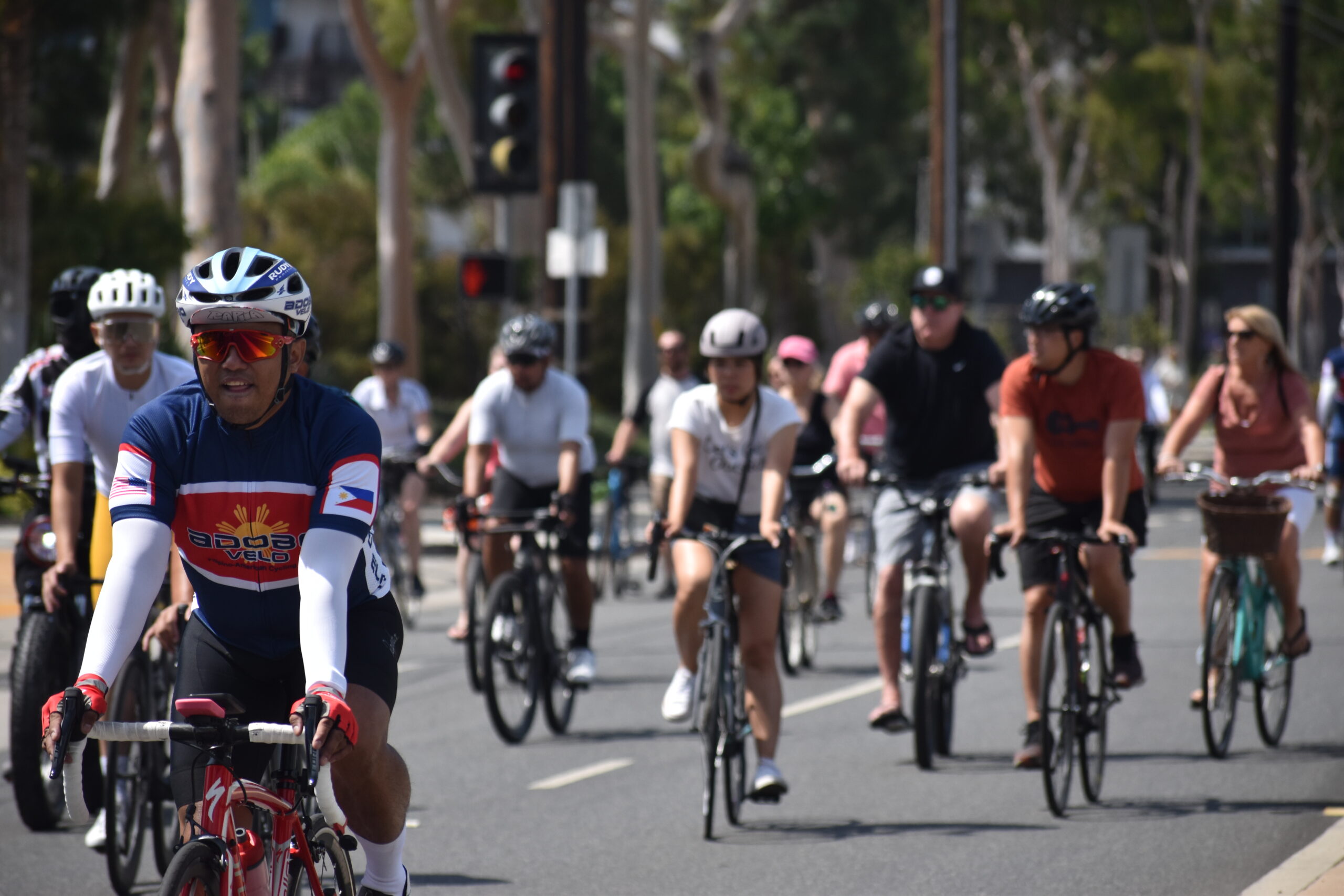 Previous years of Beach Streets have featured other areas of the city, such as Downtown, Cambodia Town and the Grand Prix track located south of Ocean Boulevard.

This year’s spotlight on East Long Beach, however, was met with heightened excitement, as it marked the return of the event after a two-year hiatus due to COVID.

With five hubs spread across closed-off roads near Cal State Long Beach, from Atherton Street to Spring Street, people walked, biked, skated, danced and socialized freely while taking part in many of the activities and music events that were offered at each site.

Long Beach resident Jeff Puz has been attending the event for years with his family. He said it’s a special affair that allows him to experience the streets he usually drives on in a different way.

With his toddler pedaling away at a tricycle behind him, the 35-year-old father skated from the music hub, which held multiple concerts, to the extreme hub, where skaters and BMX riders performed demos in front of a crowd. 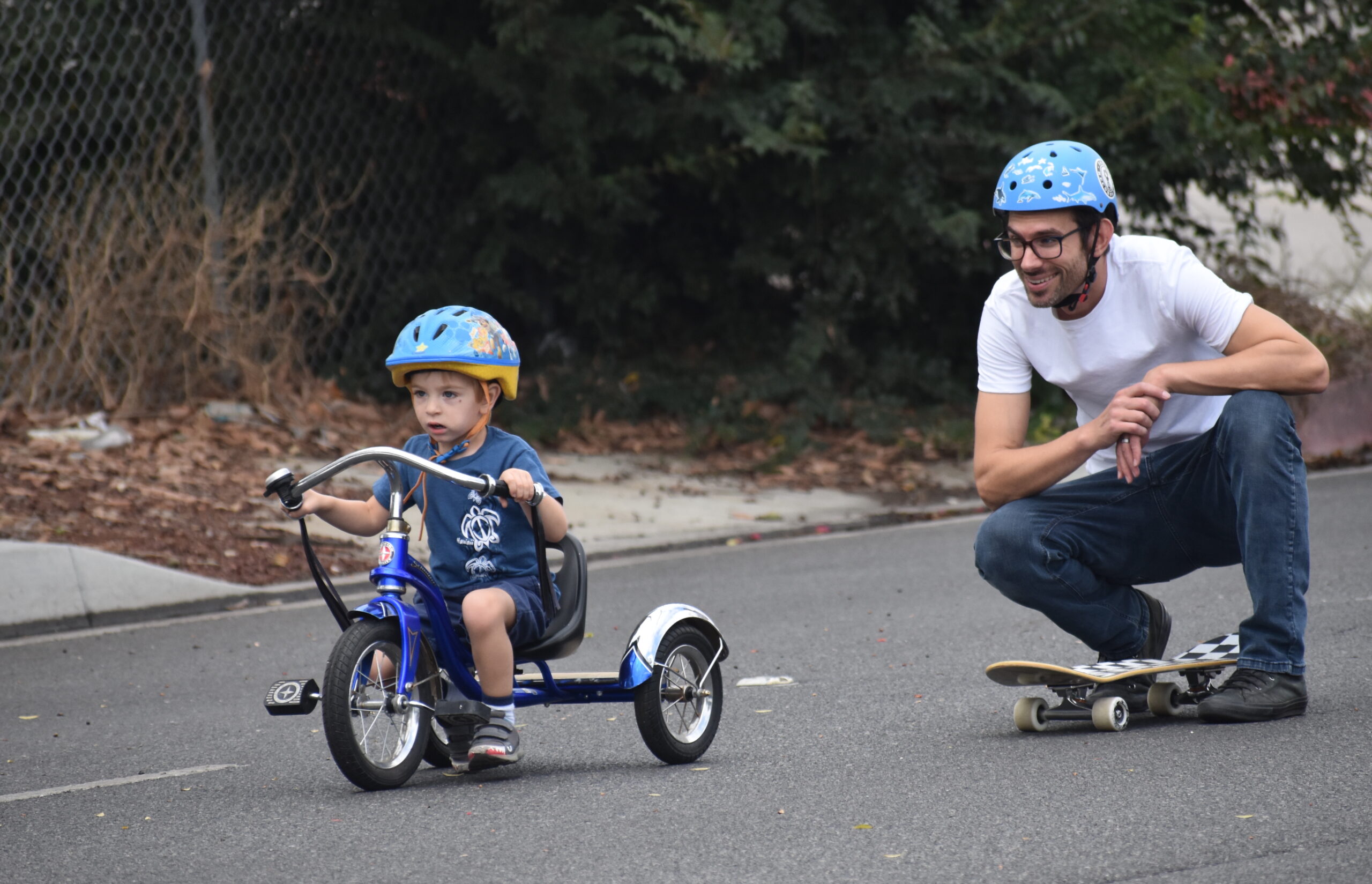 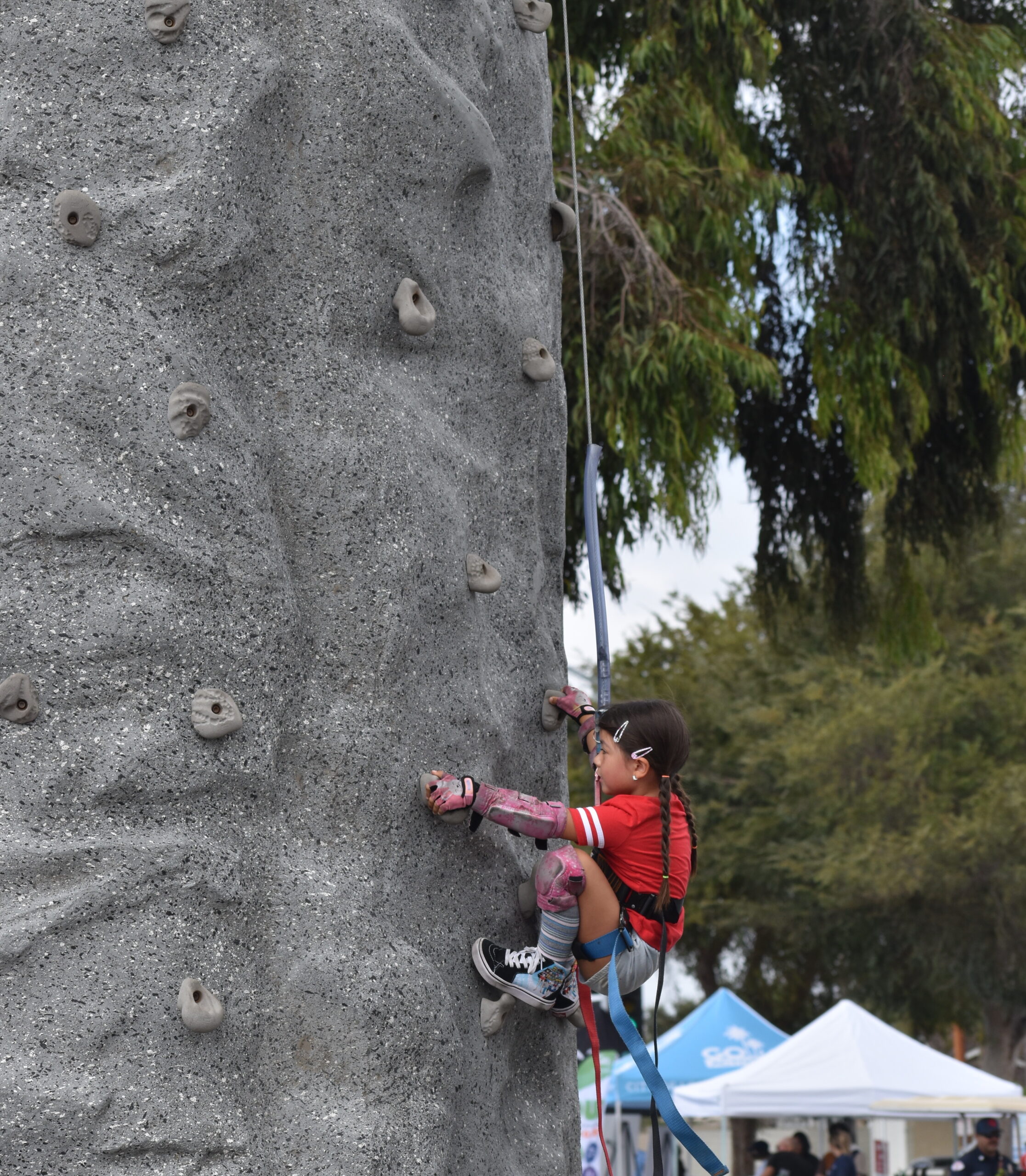 A small child rock climbs in one of the many activities offered at the Beach Streets University event Saturday, Sept. 17. Photo by Fernando Haro. 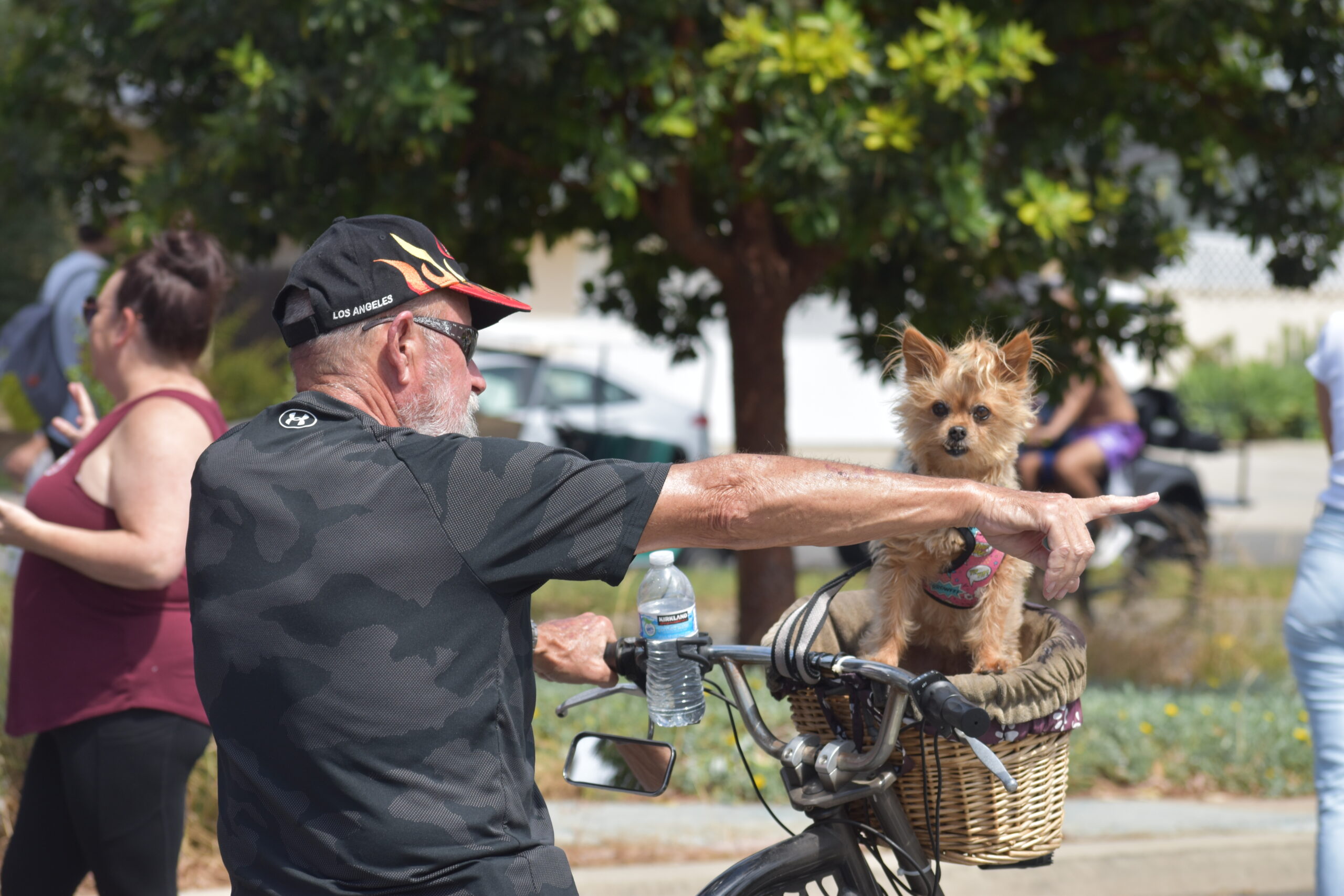 A man riding a bike tells his dog to look forward during the Beach Streets University event Saturday, Sept. 17. Photo by Fernando Haro. 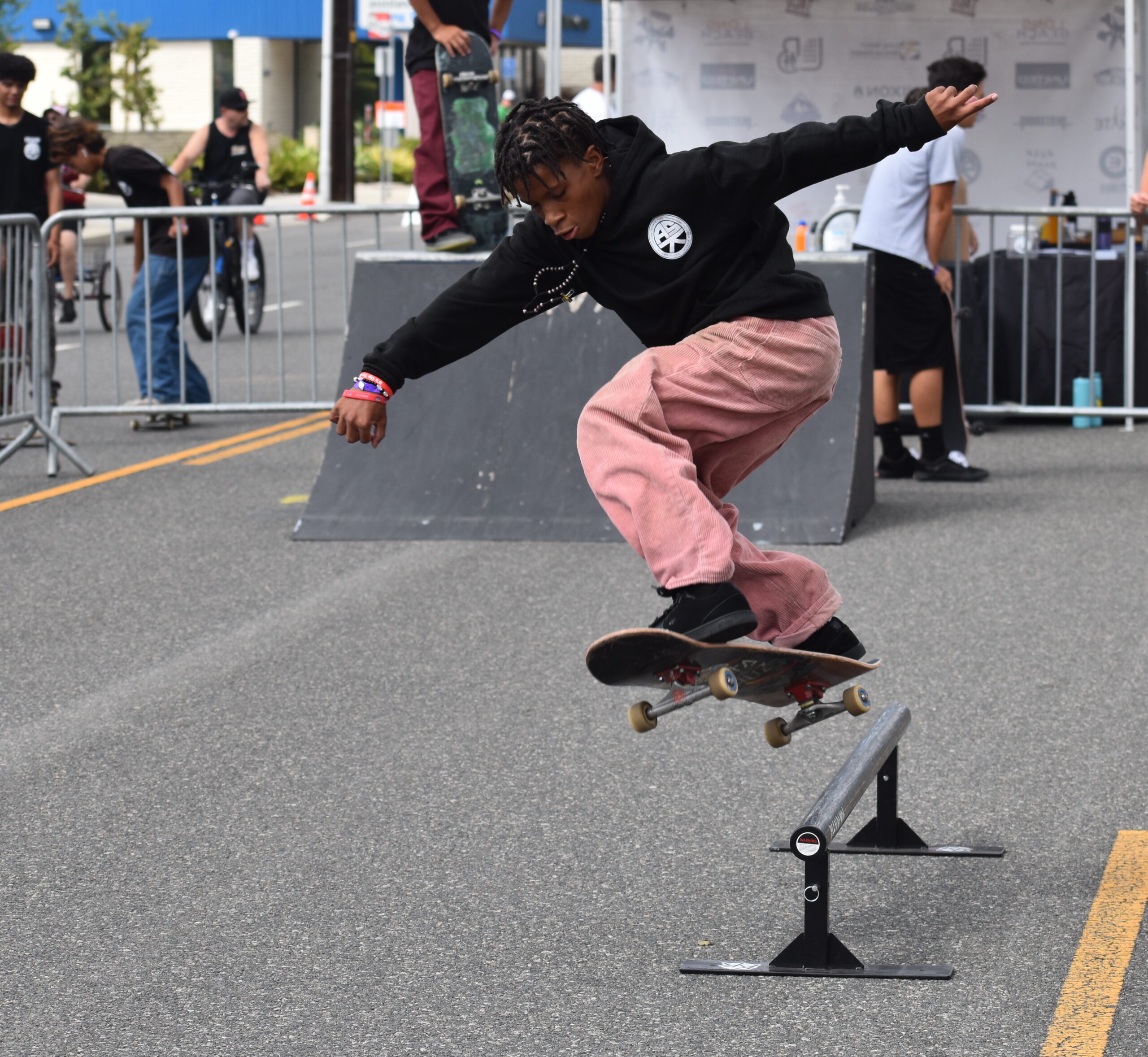 A skater attempts to grind a rail at the extreme hub offered during the Beach Streets University event Saturday, Sept. 17. Photo by Fernando Haro.