The National Guard has been deployed to Long Beach to help the police department with protesters who turned violent and looters and vandals who fanned out across the city.

“Today is a sad day in our city to see what’s occurring around us is heartbreaking,” Long Beach Police Chief Luna said in a news conference.

Luna said the Long Beach police will work to enforce the city’s 8 p.m. to 5 a.m. curfew tonight and will “work to bring peace back to Long Beach.”

Long Beach was one of many Southland cities, including Santa Monica, Huntington Beach and Los Angeles, that saw civil unrest after protesters flooded streets across the national this weekend to decry the police killing of George Floyd in Minneapolis.

Luna said at least 7 or 8 different locations have been looted so far and that officers are working to make as many arrests at they can. Luna said the department brought in hundreds of officers and is now bringing in more resources to deal with the chaos.

“We didn’t expect this number of (protesters) but now we’re going to start dealing with it,” Luna said.

As the 8 p.m. curfew started Long Beach Police lined Pine Avenue and Broadway in an attempt to push back protestors. At one point, police put on their face guards with the anticipation of possibly dispensing tear gas as protestors fled down Pine Avenue.

Police did not end up using tear gas and by about 8:30 p.m. crowds had scattered to other parts of the city.

As of  9 p.m., protestors were at a standoff with officers on Ocean Boulevard at Pine and officers had reportedly fired rubber bullets.

“I just got shot in the arm. I was picking [stuff] up for a girl who got shot—she was laying on the ground—and they shot me,” protester Misael Vera said, wincing in pain. “It was peaceful. We were having a peaceful protest.” 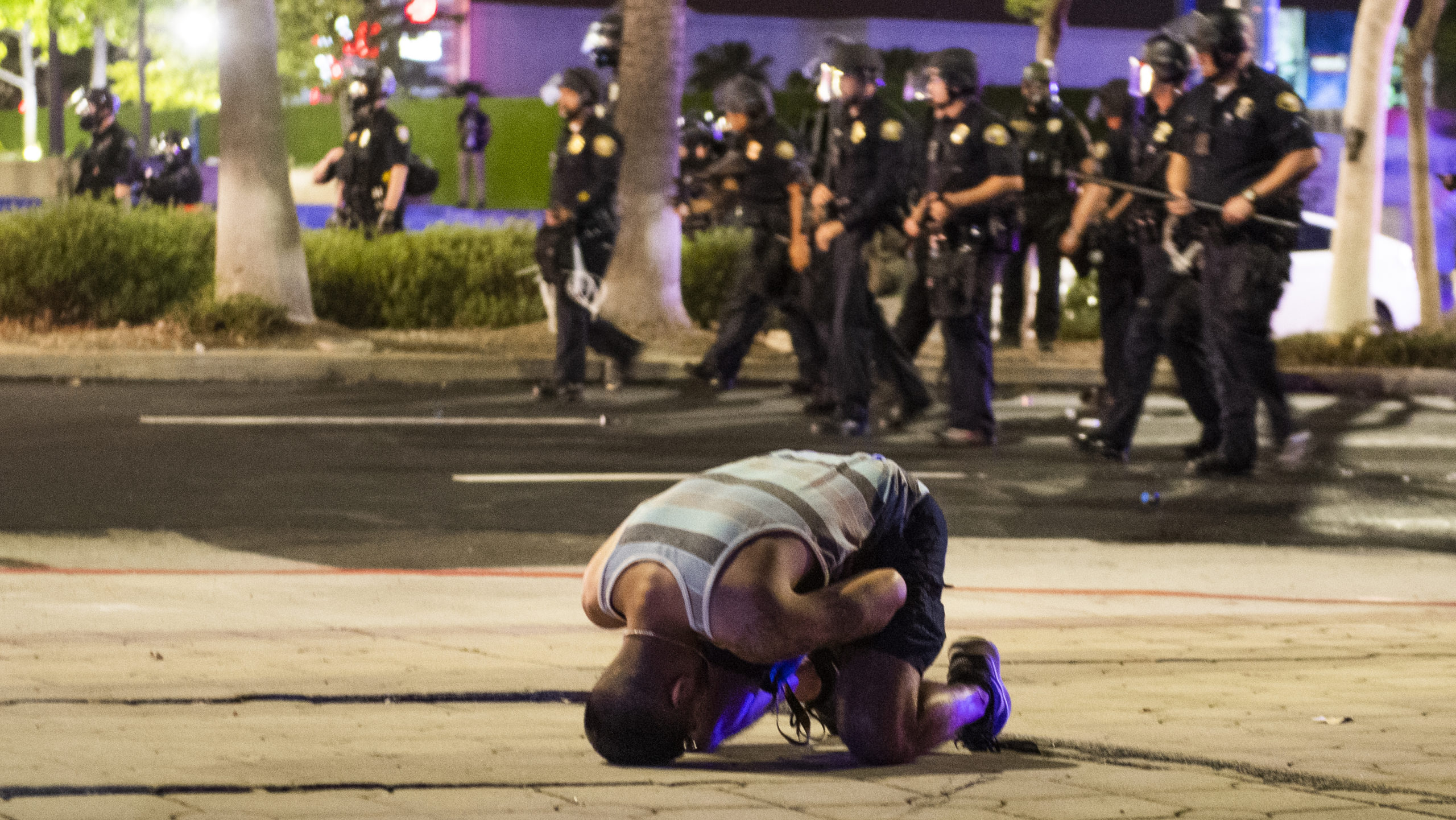 A man lies on the ground after being hit by a less-lethal weapon while protesting at Ocen Blvd during a protest of the death of George Floyd, in Long Beach Sunday, May 31, 2020. Photo by Thomas R. Cordova.

Long Beach Mayor Robert Garcia asked people to keep the peace, noting that many people sparking violence are not from Long Beach.