The Long Beach City Council on Tuesday unanimously agreed to allow the construction of two apartment buildings and commercial space in Central Long Beach amid some concerns by nearby residents that they may lose a neighborhood market.

The project will merge nine lots on Pacific Coast Highway from Cedar to Pacific avenues into two separate lots that would comprise about 1.6 acres. The two market-rate apartment buildings, both five stories, would together house 138 units, and would be connected by a pedestrian foot bridge over an existing alley. The project will also include roughly 25,000 square feet for commercial uses, which may include a grocery store.

The property currently houses a small market, a parking lot, a commercial building and was the former site of a motel. The project is located in an area “that can be described as an area in transition,” and the property itself has been marred by “graffiti, illegal dumping, and other crime,” according to a city staff report.

However the owner of the current market, El Paisano Ranch Market, has said approval of the project was rushed. 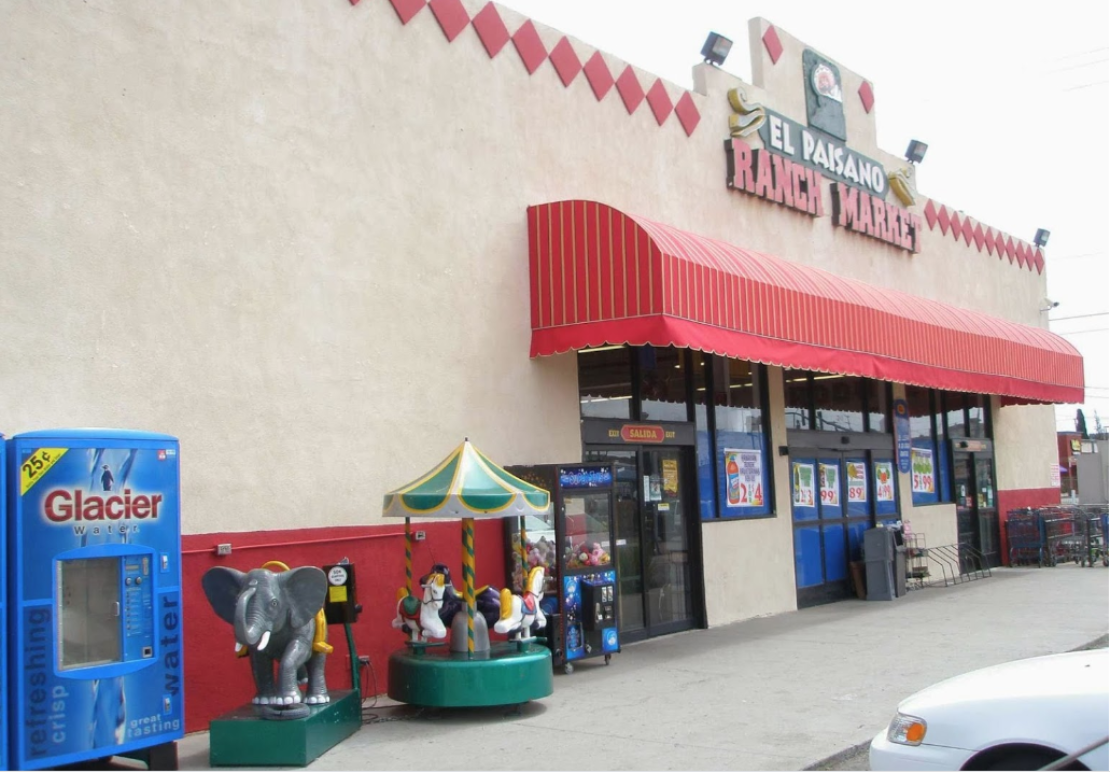 A screenshot of a Google image uploaded in October 2020 by the El Paisano Ranch Market owner.

Kel Khangtetsang, the owner, said he tried to communicate with the previous developer to ask if his business can be part of the project, but his efforts were in vain.

However, John Molina of Pacific6, the developer of the site, and Khangtetsang said they spoke Wednesday afternoon about potentially negotiating a lease for Khangtetsang’s business at the project location.

Molina said they had not spoken to Khangtetsang earlier because the company had only recently become the developers, and went into escrow on the property Tuesday.

Khangtetsang’s business has been running for 17 years after his parents invested their life savings in it. He said he has 12 employees and would like to keep them employed, especially during a pandemic.

Other criticisms of the project lodged by the public and included in city documents are that it will increase traffic, reduce parking availability, increase population density in the neighborhood and that the five-story housing project is just too tall.

But city officials say the project will add much-needed housing in a transit-oriented district, which has been a goal of the city, and that it will activate an area that currently lacks adequate security and lighting.

“The proposed development project will provide a more walkable, safer pedestrian route along Pacific Coast Highway, which will help to promote the use of public transit,” the staff report says.

The Planning Commission unanimously approved the project on Nov. 5, but it needed City Council approval because it does not conform with current zoning  laws, which determine what can be built where. The project is part of the so-called Midtown Specific Plan. 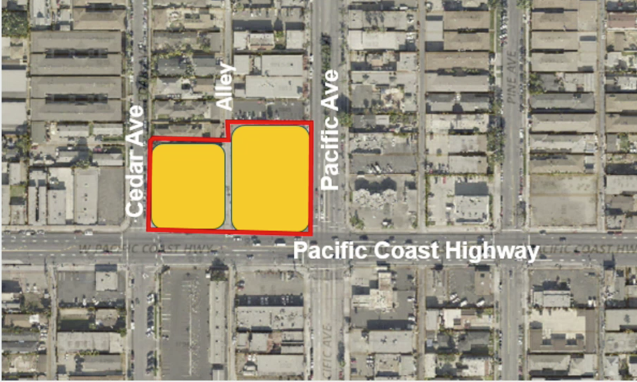 A screenshot of an aerial map of the approved construction project on Pacific Coast Highway in Central Long Beach presented during a virtual city council meeting on Tuesday, Feb. 2, 2021.

Surrounding residents concerned with the project said they weren’t contacted in time to participate in the approval process.

Molina said Pacific6 had been involved with former District 6 Councilman Dee Andrews, his successor, Suely Saro, and met with the neighborhood Wrigley Association as forms of outreach.

Councilwoman Mary Zendejas, whose many Latino constituents live near El Paisano, asked during Tuesday’s council meeting if the notices about the project were sent to residents were in Spanish.

The legal notices sent to residents were in English with small portions of other languages, such as Spanish, that required residents to ask for a version in their language, said Christopher Koontz, the city’s deputy director of development services, in response to Zendejas.

Editor’s note: Pacific6 is the parent company of Pacific Community Media, which owns the Long Beach Post. You can read more about the Post ownership here.