The city of Long Beach has reached a $250,000 settlement with an elderly man who was punched in the face by firefighter who mistakenly thought he was responsible for killing a fire captain in 2018.

On the morning of June 25, 2018, Thomas Kim, a 77-year-old resident of Covenant Manor retirement home, set off a homemade bomb in his apartment and then shot at first-responders, killing Long Beach Fire Capt. David Rosa, a beloved 17-year veteran of the department.

In the chaos, firefighter Bradley Robideaux mistakenly thought another Covenant Manor resident, Vladimir Tsipursky, was the suspected shooter and punched Tsipursky in the face while he was in a hospital, according to documents from the District Attorney’s office.

Tsipursky later filed a federal lawsuit against the city, which was settled in January, according to court records. Long Beach Deputy City Attorney Howard Russell on Thursday confirmed the settlement amount.

In his lawsuit, Tsipursky said he and his wife, Inna, were evacuating the building around 4 a.m. due to the explosion when he was shot in the abdomen.

Tsipursky was rushed to the hospital where firefighters were gathering to mourn Rosa, who died in the emergency room.

According to court documents, police initially considered Tsipursky a suspect after a witness described the shooter as wearing similar clothes. Robideaux, who was on-duty, was at the hospital when word came down that police thought Tsipursky might be the shooter, authorities said.

The firefighter then punched Tsipursky as he was being led in to the hospital, authorities said. 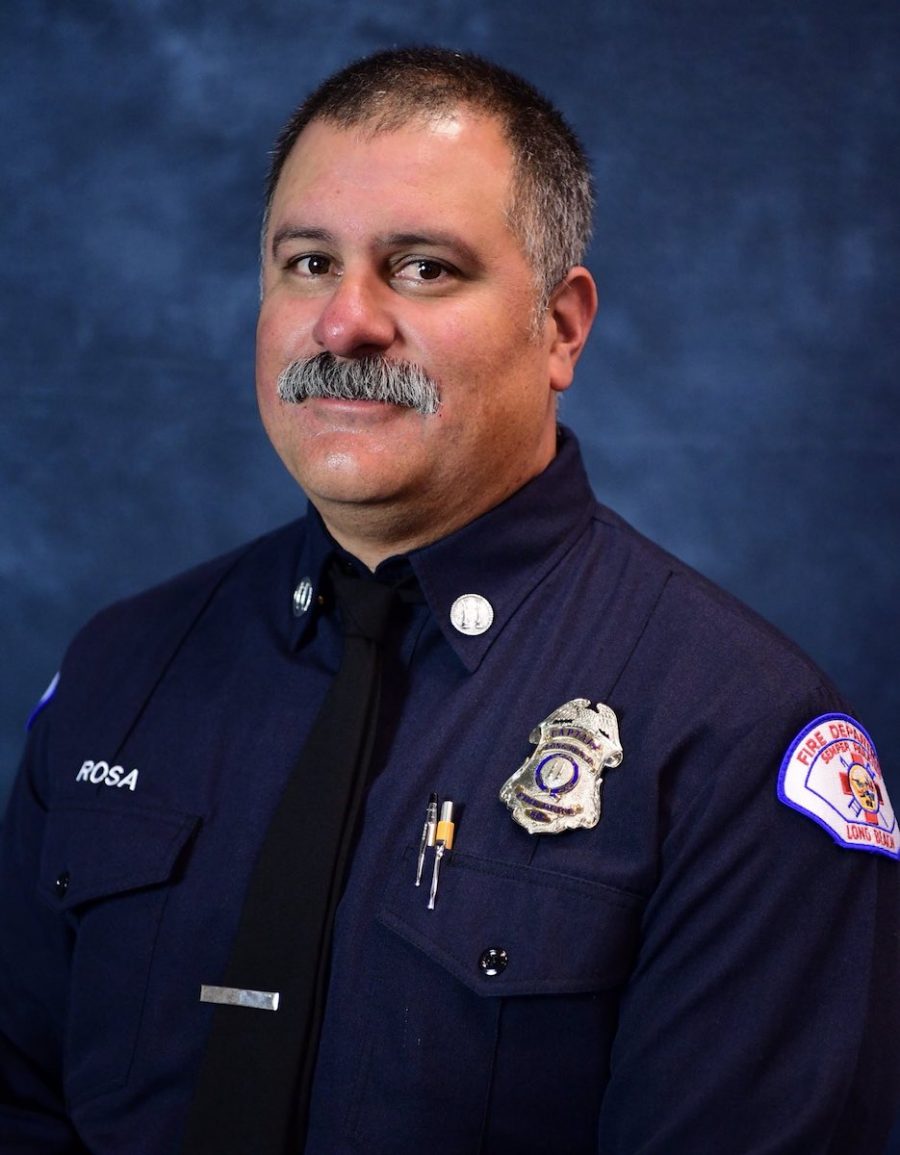 The Los Angeles County District Attorney’s office and the Long Beach City Prosecutor’s office both declined to file charges against Robideaux. It is unclear if he faced administrative discipline.

Tsipursky had initially claimed that police shot him, but authorities said he was hit by one of Kim’s bullets.

Kim later died in jail from natural causes. He told police that he started shooting at firefighters in a panic after he set off a bomb intended to kill his upstairs neighbor.