Community Hospital received its first patient Tuesday in roughly two and a half years after the state gave its operator permission to reopen in the midst of a pandemic that has overwhelmed nearby medical facilities.

The first patient was transferred from College Medical Center at about 4:20 p.m. Tuesday afternoon. Additional patients are expected to arrive in the coming days and weeks, though agreements with some facilities still need to be ironed out, officials said.

The nearly century-old Community Hospital is not accepting walk-in patients and its emergency department is not slated to open until March. For now, the facility will only accept non-coronavirus transfer patients from other medical facilities to free up space for COVID-19 patients.

Though a regional inspector gave the go-ahead for the facility to open Monday, the hospital did not accept patients immediately because transfers must be approved by hospitals, physicians and in some cases insurance companies, said John Molina, a partner with Community’s operator, Molina, Wu Network.

But Molina said more transfers are imminent, with the operator continuing to work with College, St. Mary and MemorialCare Long Beach medical centers. Los Alamitos and Lakewood Regional medical centers, as well as Kaiser and Placentia-Linda Hospital, have also been in contact with MWN regarding transferring patients to the East Long Beach facility, Molina said.

Administrators from other facilities have said the timing of Community’s reopening—nearly 10 months after the pandemic began in March—is critical.

Long Beach on Tuesday reported that 573 patients are now hospitalized in the five facilities that serve the area—yet another record high.

Though Community will initially be able to accommodate just 11 intensive care unit beds, those beds will be critical as the pandemic wears on. As of Monday, there were just 20 total adult ICU beds available countywide. 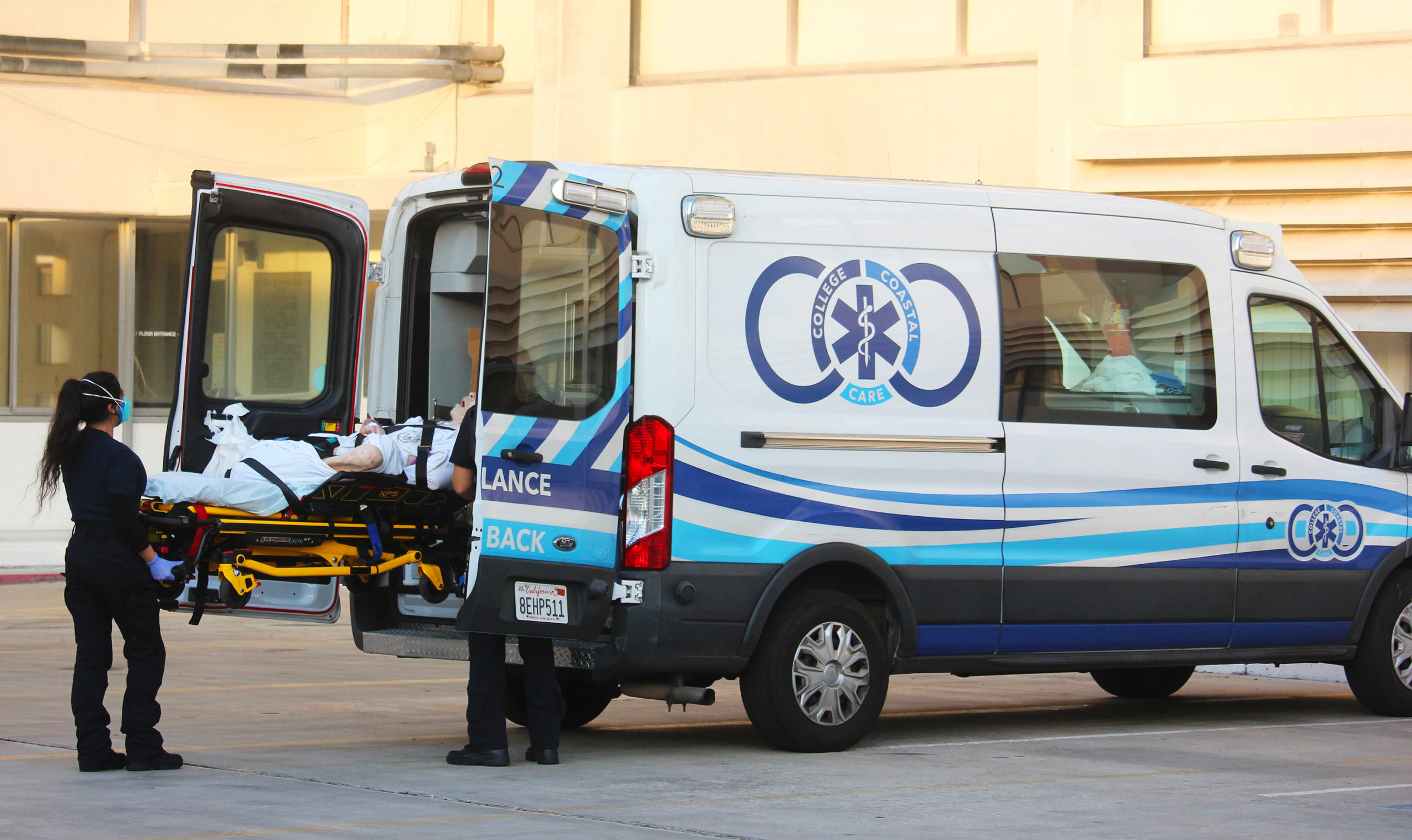 State health officials Tuesday reported a record number of hospitalizations at 8,023, up more than 300 from Monday.

During a press conference Monday, county health officials said the worst is yet to come, as frontline workers brace for another surge following Christmas and New Year’s Eve gatherings.

Long Beach officials announced 18 new fatalities and 528 new cases on Tuesday, but noted the high death toll is partly due to a lag in reporting from last week.

Late last week, after months of delays, the California Department of Public Health granted the Community Hospital operator approval to reopen the facility. The hospital ultimately will be able to operate up to 158 beds but opened with the ability to admit 51 patients, including 11 in its ICU. Additional beds will be added in the coming months as additional services come online.

“We’ve all looked forward to this day for a long time,” MWN CEO Virg Narbutas told the Post. “I’m proud of the entire Community Hospital Long Beach team as we serve the patients who entrust us with their care.”

Community Hospital has a staff of about 140, including doctors, nurses, administrators and facilities personnel, according to hospital spokesman Brandon Dowling.

The hospital was shuttered by its previous owner, MemorialCare Health System, when a fault line was discovered below the facility and the operator deemed the necessary retrofit too costly. While the facility is currently up to code, Molina, Wu, Network is actively working with state regulators to meet more comprehensive seismic standards that take effect Jan. 1, 2025. The city will reimburse MWN up to $25 million for seismic related work over the next 15 years.