Cases, hospitalizations and deaths are likely to continue rising in the month of January in the wake of  holiday gatherings and travel, along with the amount of infected people who are out in public, county officials said Monday.

“Community transmission is so high that you run the risk of exposure whenever you leave your home,” Barbara Ferrer, director of the county’s Department of Public Health, said Monday.

One in five people who are tested are now positive for COVID-19, and the county is seeing a death roughly every 15 minutes, Ferrer said.

The county may be on its way to reporting 1,000 deaths per week given the current surge, she said. 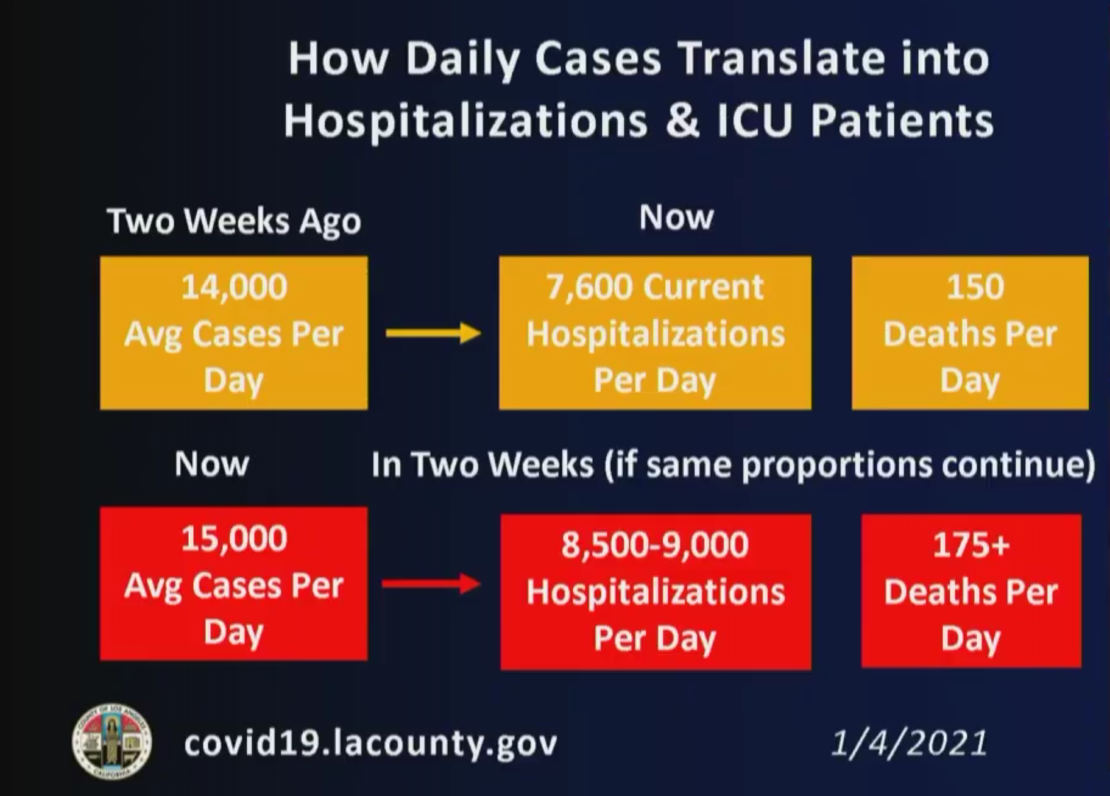 The county is now averaging roughly 15,000 new cases per day, a 905% increase since the current surge began in nearly November. With caseloads that high, deaths are expected to reach more than 175 per day in two weeks, Ferrer said.

Roughly half of all patients currently receiving treatment in the county’s hospitals, both public and private, are infected with COVID, officials said.

On Monday, officials reported 77 additional deaths and 9,142 new cases, but both numbers are expected to rise due to reporting lags from the holiday weekend. The county has reported a total of 10,850 deaths and 827,498 cases.

“This heartache does not need to continue,” Ferrer said, imploring residents to follow health orders and stay home.