After years of work, challenges and delays, city and hospital leaders celebrated the grand reopening of Community Hospital Long Beach Thursday with a ribbon-cutting ceremony in front of the nearly century-old facility.

During the event, Matthew Faulkner, executive director of the Community Hospital Long Beach Foundation, recounted the history of the facility starting in 1922 when the prominent Bixby, Bryant, Davis, Foresythe, Hastings, Tichenor and Walker families got on board with Fillmore Condit’s dream of opening a community hospital. Two years and $364,000 later, the facility opened and earned the moniker “The Miracle on Termino,” Faulkner said.

For decades the facility served the community—caring for the old, treating the sick and welcoming new life into the world. In attendance Thursday was retired Long Beach Firefighter Raymond Bays, who was born June 1, 1928, and is believed to be the oldest living person who was born at Community Hospital. 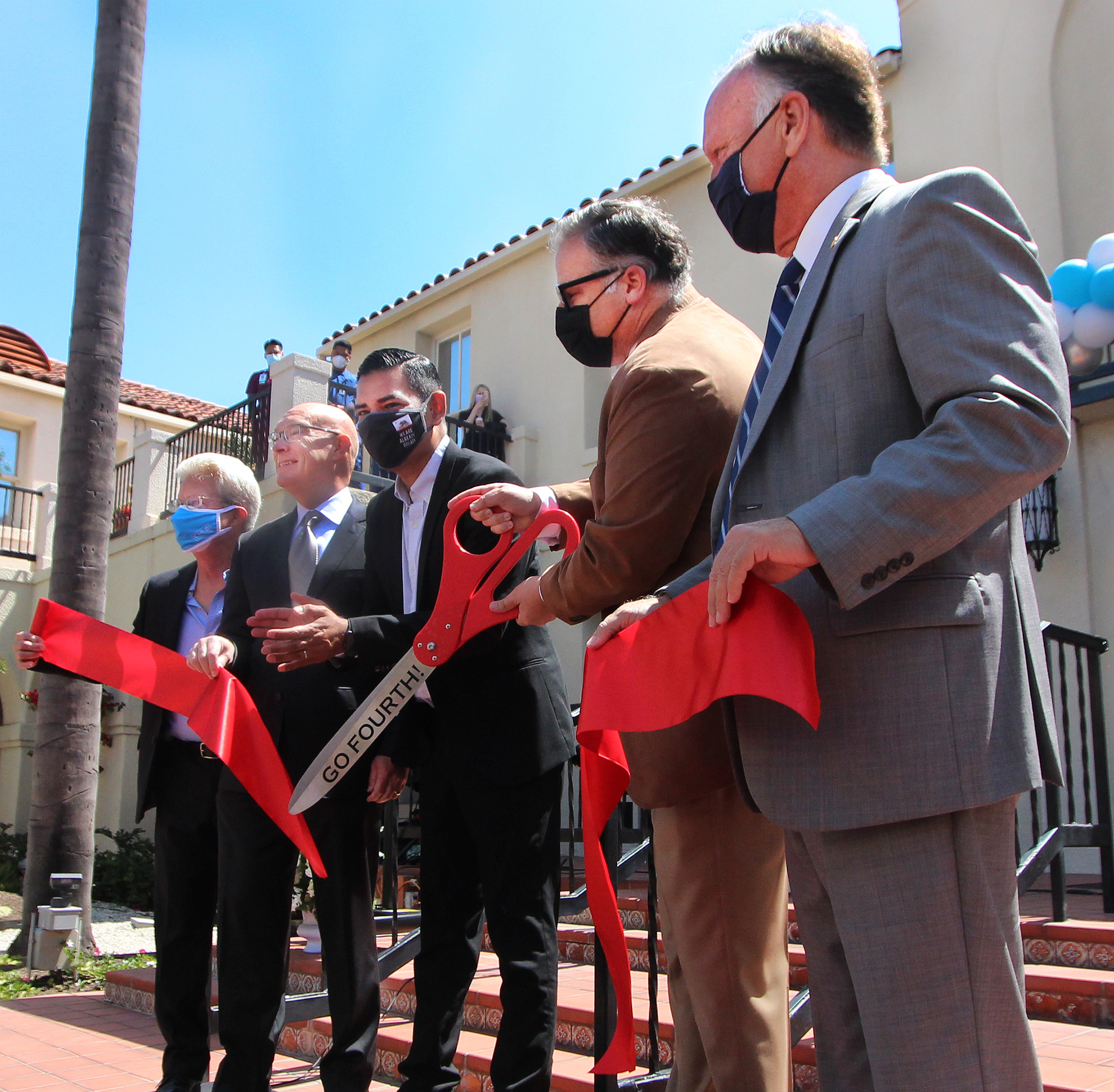 Just shy of three years ago, the East Long Beach hospital was shuttered, much to the dismay of the community.

“When the city heard the hospital was going to be closed, it rose up,” John Molina of operator Molina, Wu, Network said during the event. “We took up the mantle that all of you laid down when you said, ‘We’ve got to get this open.’”

The city signed a contract with Molina, Wu, Network to reopen and operate the hospital in December 2019. Since then, and even before, the operator has been working to open its doors.

“The city has a responsibility to ensure that it always remains open, that it always serves the public and it remains the people’s hospital,” Garcia said of the city-owned asset. “There was no way, no way we were going to let this hospital remain closed. That was not an option.” 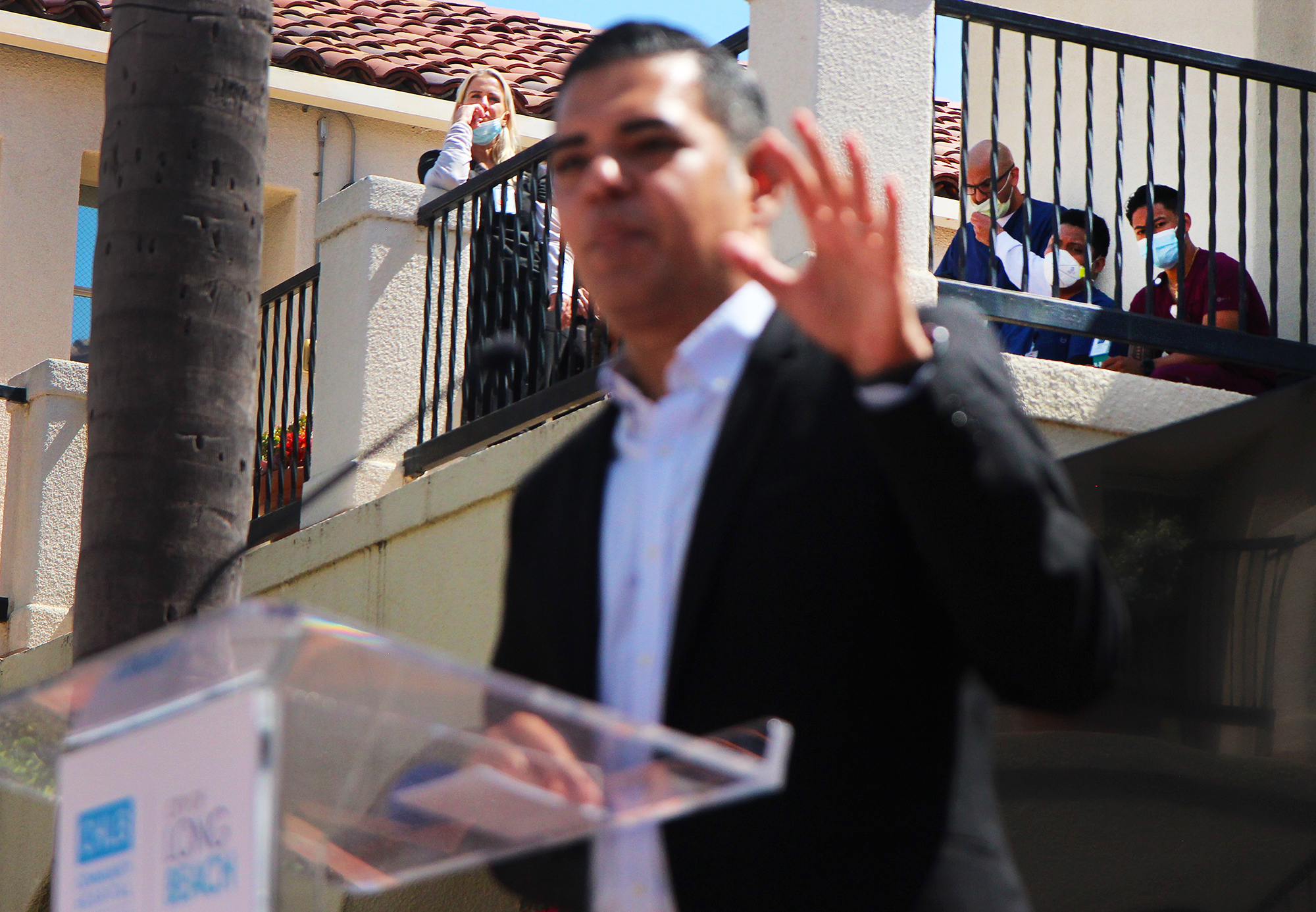 Then, in March of last year, COVID-19 highlighted the need for additional medical beds in many parts of the country, including Long Beach. Early in the pandemic, state, city and hospital leaders pushed to reopen Community Hospital with an emergency permit, an effort that ended up taking months.

After numerous delays at the state level, the hospital admitted its first patient, a transfer from College Medical Center, on Jan. 5, at the height of the pandemic. Two weeks later, the facility was given state approval to reopen its behavioral health ward with 28 beds.

But still, the hospital could only receive transfer patients from other facilities.

On May 12, the hospital celebrated the reopening of its emergency department, a crucial department that allows the facility to accept walk-in patients. County approval for Community to be designated a 911-receiving hospital came 12 days later, allowing ambulances to deliver patients to the facility for the first time in nearly three years.

“The opening of the ER at Community Hospital has a direct benefit to the pre-hospital care system in Long Beach,” the Long Beach Fire Department said in a statement. “The return of this resource provides additional beds and access to services that our community needs.” 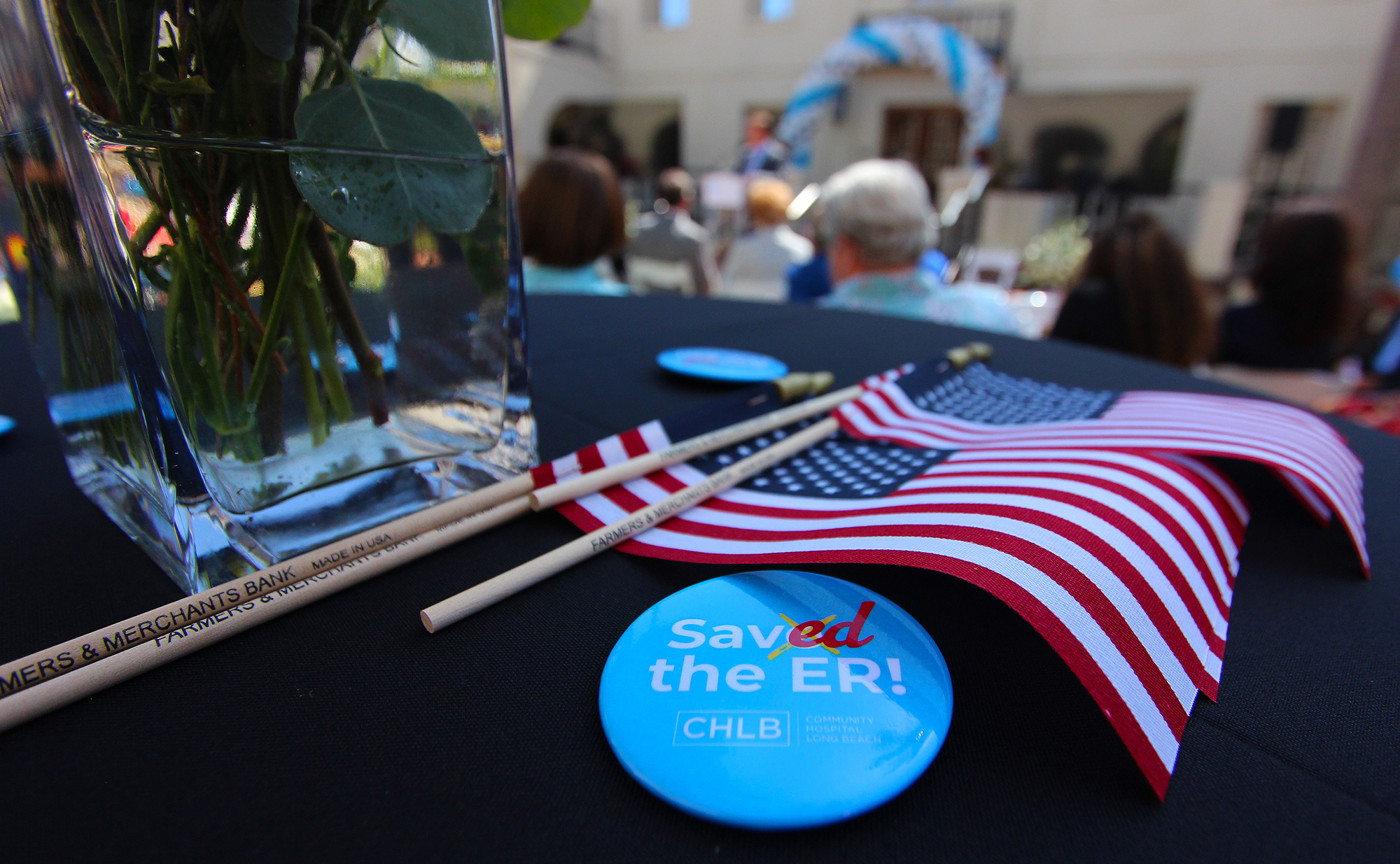 Buttons and flags were handed out to people who attended the ribbon-cutting ceremony of Community Hospital Long Beach, Thursday, May 27, 2021. Photo by Brandon Richardson.

The hospital currently operates 99 beds, including 40 medical/surgical, 11 ICU, 28 behavioral and 20 in the emergency department. However, the full capacity of the facility is 158 beds. The hospital is working to expand services but no details are currently available, according to spokesman Brandon Dowling.

Community Hospital has a staff of over 210.

“The notable physicians and staff here are our lifeblood,” hospital CEO Virg Narbutas said. “I have closely watched the care they provide and, without reservation, these are some of the most attentive, compassionate and capable medical professionals I have worked with.”

Over its long history, Community Hospital became a place of “healing, innovation and compassionate care,” Faulkner said, noting that Community was home to the nation’s first convalescent facility and that its doctors helped develop the defibrillator and 911 services.

“It was truly the little hospital that could and did,” he said.

Community Hospital closed its doors in the summer of 2018 after a fault line was discovered running under the facility and former operator MemorialCare Health System determined the necessary retrofits were too expensive.

The hospital is currently up to seismic code but Molina, Wu, Network is working with the state regulators to meet more comprehensive standards that take effect Jan. 1, 2025. The city will reimburse Molina, Wu, Network up to $25 million for seismic-related work, which is estimated to have a price tag upward of $50 million, over the next 15 years.

The upgrades will be the third seismic retrofit in the hospital’s history. 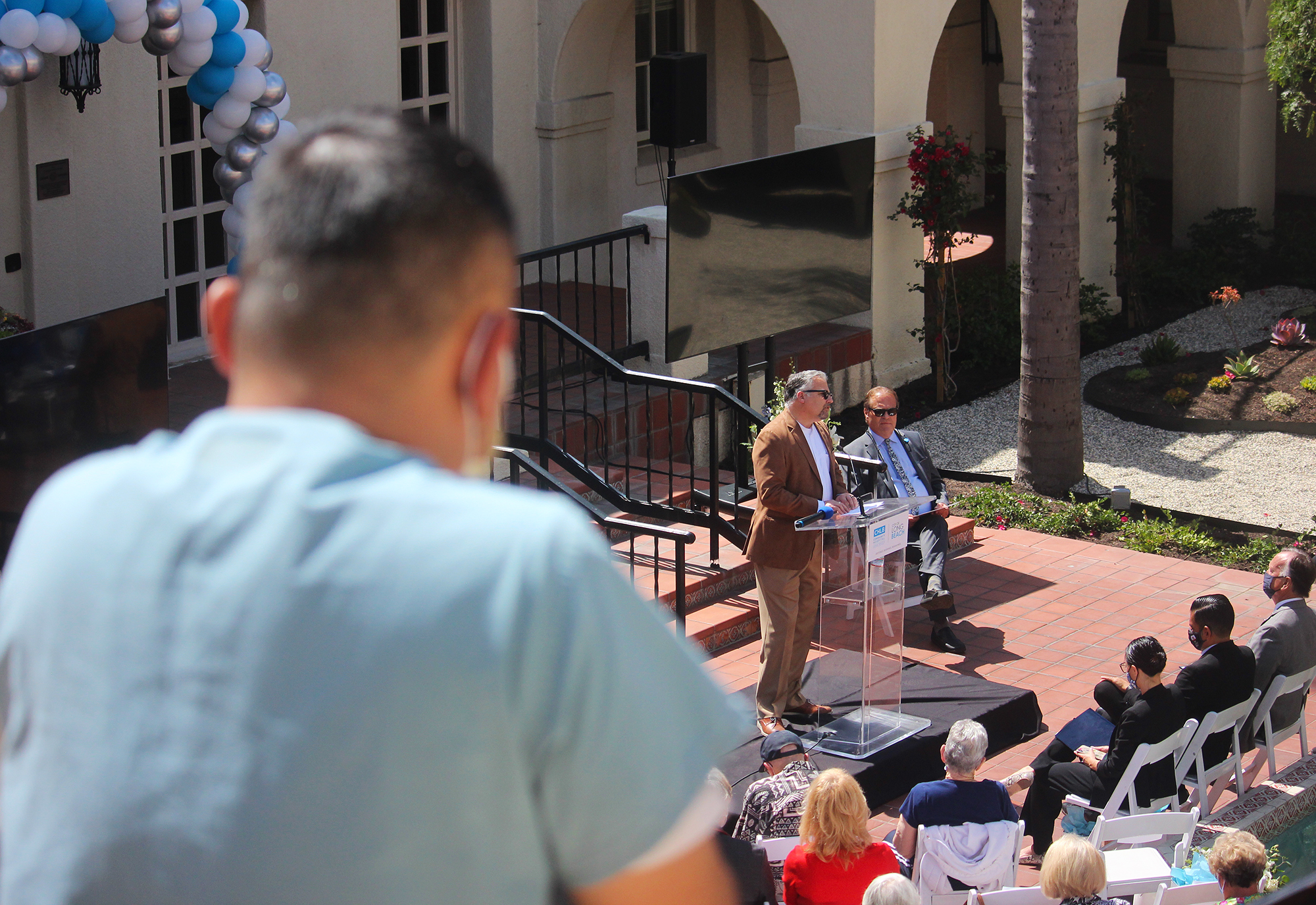 “We are not the ownership group. We are merely the caretakers of a legacy that stretches back 100 years and will stretch forward 100 years,” Molina said. “Many people think of this as a place to go when you are sick but we’re going to transform it into a place to go to stay well.”