The total number of Long Beach residents who have tested positive for the coronavirus surpassed 50,000 this week.

At 50,196 cases, almost 11% of the city’s population has been infected since the pandemic began, according to health department figures that were last updated Friday.

More than 30,000 of those infections came in just the months of December and January as the entire region was fighting an outbreak that put a massive strain on local hospitals.

But the spread of the virus has been slowing steadily since mid-January when Long Beach reported a staggering 5,500 new infections in just one week.

This week, the city reported only 1,151 new cases. The percentage of coronavirus tests coming back positive fell to 7.2% and the seven-day case rate per 100,000 residents was 33.6.

That’s down significantly from mid-January when the positivity rate and case rate hit highs of 17.8% and 158.6, according to city data. 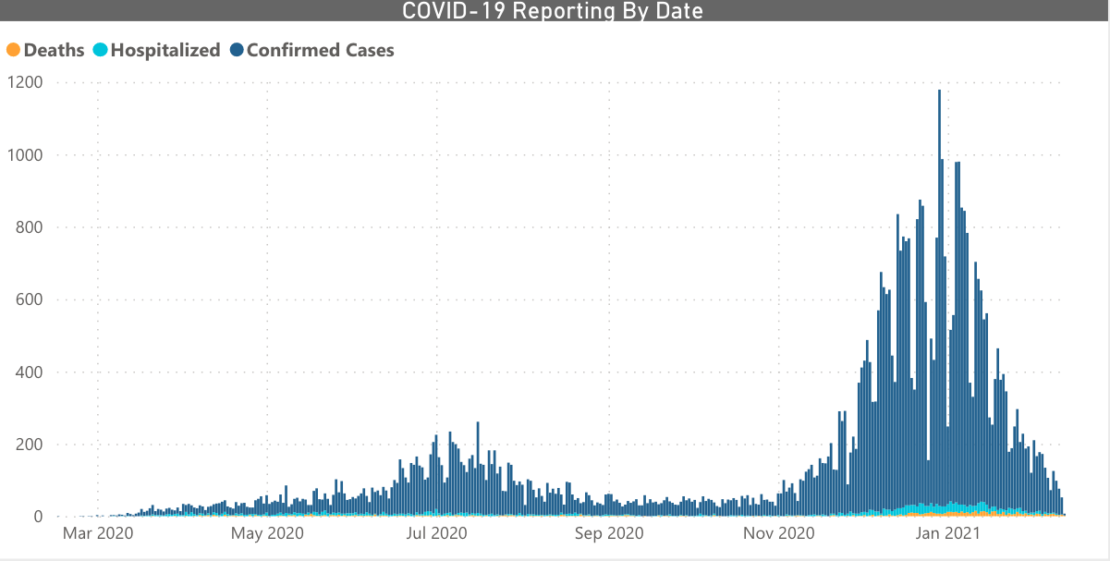 Los Angeles County as a whole has followed a similar pattern, stabilizing around 3,500 new cases per day since Feb. 9, health officials said.

But, they warned, the numbers are still significantly higher than before the winter surge. Long Beach, for instance, had only about 3% of tests were coming back positive in early November.

“I know I speak for everyone when I say that we do not want to endure another surge in cases like the one we are just now beginning to recover from,” LA County public health director Barbara Ferrer said in a statement Friday.

She cautioned that transmission of the virus is still widespread.

“Please celebrate this weekend’s holidays at home and only with the people you live with,” Ferrer said.