Nestled against a tree by the intersection of Studebaker Road and Spring Street is a memorial filled with candles and flowers honoring Kylee Sooter, a 29-year-old Long Beach woman who died in a high-speed crash that was so violent it jarred the neighborhood.

Kylee was heading to work at a medical research center Thursday morning when she lost control of her car, hitting a planter box so fast that it caused her car to become airborne.

Kylee’s family said she must have suffered an epileptic seizure behind the wheel, causing her to accelerate out of control.

Kylee’s mother, Laurie Sooter, said her daughter hadn’t suffered a seizure for years before the crash. Nevertheless, she worried about her getting behind the wheel.

“This has been one of my biggest fears,” Laurie said. “Her driving, even though she had it under control.”

The eldest child of the Sooter family, Kylee was a nurturing person who always put others before herself, according to her family. Her mother and father, Laurie and Robert Sooter, said their daughter lived life to the fullest.

Kylee went to Millikan High School, was on the track-and-field team and played soccer. She was very protective of her younger siblings, Hayden and Joshua, and always looked out for them.

“She was a big sister who loved her baby brothers,” Laurie said.

Kylee always wanted to be a nurse, and studied to become one at Cal State Long Beach, Laurie said. After graduating from CSULB, she became a licensed vocational nurse and worked at many rehab centers where she made lasting connections with her patients, she said. One former patient recently told Laurie that Kylee took them out to lunch even though she didn’t provide nursing care for them anymore. 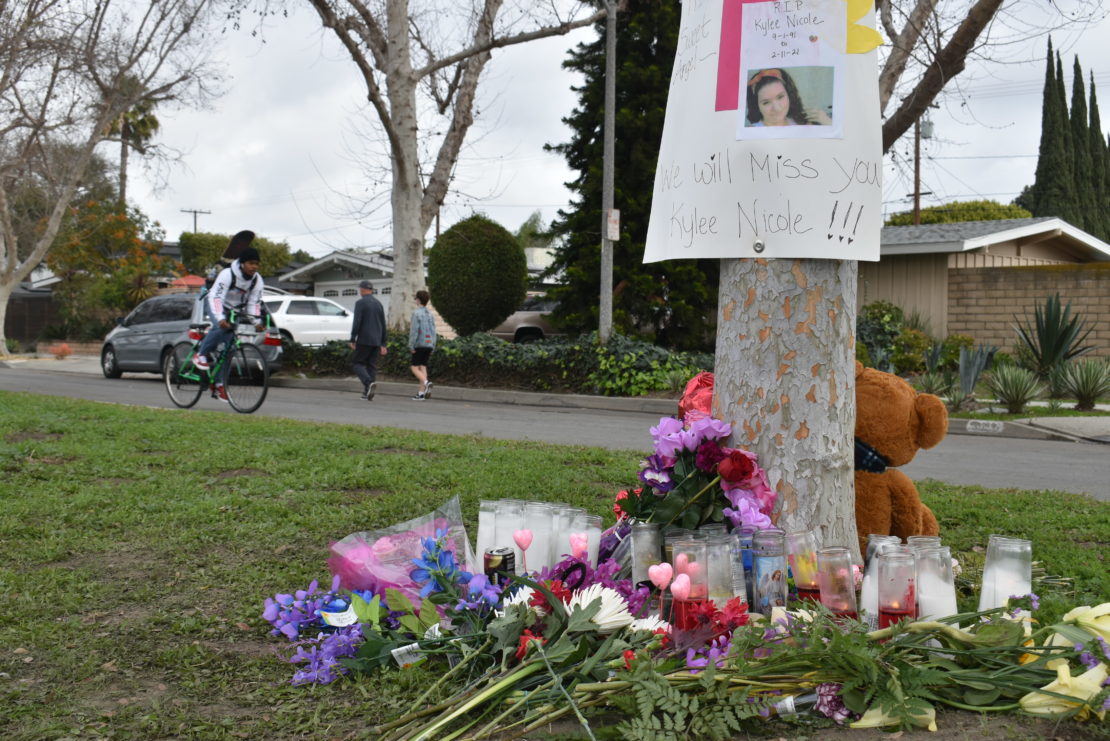 A makeshift memorial honoring Kylee Sooter, who died in a car crash Thursday, Feb. 11, near the intersection of Studebaker Road and Spring Street. Photo by Sebastian Echeverry.

Kylee was diagnosed with epilepsy in 2014, Laurie said, and struggled to get her neurological disorder under control. A procedure in 2017 finally helped her overcome it. That same year was the last time she ever experienced an episode until Thursday’s crash near El Dorado Park, Laurie said.

The family has created a fundraiser on GoFundMe in Kylee’s name, but Laurie said the family doesn’t need the money to cover funeral costs. It was made as an outlet for those who want to help out, as many messages of support have poured in since the accident.

All of the funds collected through the fundraiser will be donated to the Epilepsy Foundation of America in Kylee’s name, Laurie said. Giving the chance for people to donate to something bigger than themselves is a tribute to the type of person Kylee was, Laurie said.

Kylee had a tattoo of a mother elephant and its baby on her right arm, which stood as a symbol to the mother-daughter love they both shared, Laurie said.

“She was definitely a mini me,” she said. “People have told me that she said she loved her mama and never wanted to fail her.”