It’s been nearly two and a half years since the Acura Grand Prix of Long Beach has sent cars and trucks zooming through its Downtown race track, but if all goes to plan race organizers hope that drivers will start their engines as planned for the Sept. 24 race weekend.

Crews began work Monday morning setting up the more than 2,400 K-rails that will line the racecourse on Shoreline Drive with a two-man tractor team meticulously placing the concrete barriers that weigh several thousand pounds each south of the Long Beach Convention Center.

Setting the track up will take about 53 days, according to race organizers, and a total of about two and half weeks to tear down.

The track was about 70% set up in March 2020 when race organizers were told that it would be canceled due to the pandemic.

Track construction now begins as COVID-19 infections and hospitalizations continue to climb, with health officials in Los Angeles County reporting over 3,000 cases per day for the past four days. 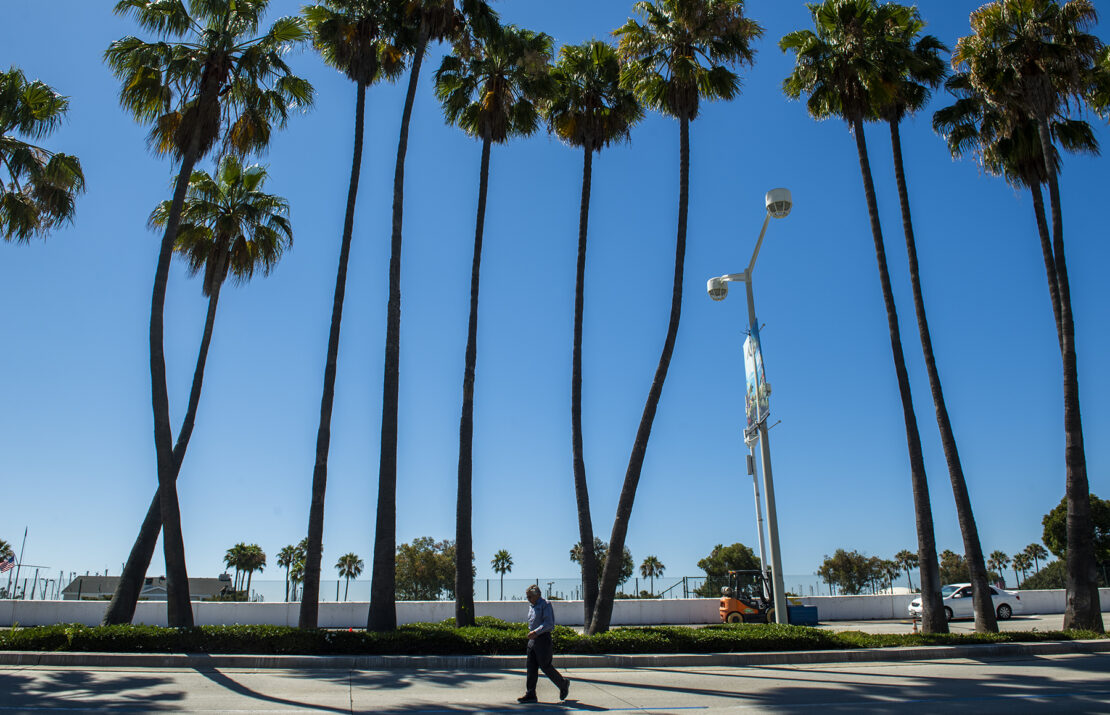 Jim Michaelian, CEO of the Grand Prix Assn. of Long Beach, walks a portion of the race track on the first day of track building for the Acura Grand Prix of Long Beach along Shoreline Drive in Long Beach Monday, August 2, 2021. Photo by Thomas R. Cordova.

Grand Prix Chief Executive Officer Jim Michaelian said it’s hard to tell what effect the delta variant, the dominant strain that has been attributed to rising case levels in the county, will have on the event but he’s hopeful that this year’s race will go on as planned.

“We’ll abide by whatever the Long Beach Health Department and other health officials have stipulated for the race and we’ll be in contact with them as time goes along to see how those trends are moving along,” Michaelian said. “But we’re hopeful to be able to conduct this event with full fan participation.”

The race has traditionally drawn about 185,000 spectators over the three-day weekend and race organizers believe they’ll see a good turnout this year, citing a pent-up demand for live sporting events and the race’s two-year absence. Tickets went on sale to the public in June.

The race is typically held in April but organizers pushed this year’s event to September in hopes that state guidelines would allow for fan attendance. The state lifted many of its COVID-19 restrictions in June and sporting events, concerts, fairs and conventions are all underway across the state. 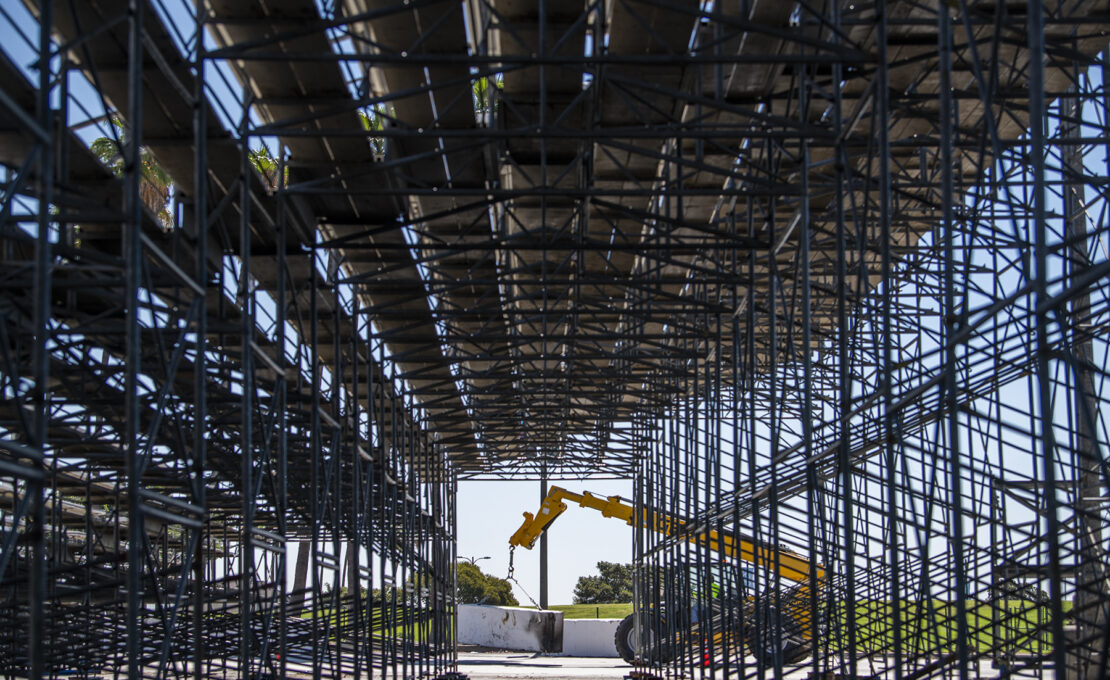 A k-rail is moved as its framed by the skeleton of a grandstand during the first day of track building for the Acura Grand Prix of Long Beach along Shoreline Drive in Long Beach Monday, August 2, 2021. The race will take place September 24-26th. Photo by Thomas R. Cordova.

Because of the scheduling shakeup for this year’s Long Beach Grand Prix, which is normally held near the start of the NTT Indycar Series season, the Long Beach race will now be the last race of the season and could have championship implications, Michaelian said.

“Because of the tight battle there is for the championship right now, we’re looking forward to the champion being crowned on the streets of Long Beach September the 26th,” Michaelian said.

Other new additions to the race weekend are the Global Time Attack event, which will include heavily modified street-cars trying to set the fastest lap time on the Downtown course over the three-day weekend.

The race weekend will also feature Formula Atlantic cars, a throwback to 1970s-era racing that will compete in two races on Saturday and Sunday.

Michaelian said the race will rank among the most challenging his organization has put on since the very early days of the Grand Prix being in Long Beach but added that the entire team is excited to reward those vendors and fans who didn’t ask for refunds last year, as well as those buying tickets this year, with an exciting race environment at the end of September.

“The first few years of this race for us here were very difficult financially,” Michaelian said. “This event will fall in right behind those in terms of all the challenges, the consternation and the variables that have gone into the planning of this event.”