A driver traveling at high speed on Second Street lost control of his car before crashing into and destroying the parklet patio area in front of Michael’s on Naples late Wednesday night, according to witnesses.

Carl Dene, the son of the restaurant owner, suspects the driver of a white sedan was racing on the wrong side of the road when he crashed.

“Oh my God, it was a 100 mile per hour race gone wrong, on the opposite side of where they should have been heading,” Dene said.

The crash happened at about 11:20 p.m., which is after the restaurant closes on Wednesdays. No bystanders were injured in the crash, but the parklet was completely obliterated. The driver also struck city barricades, police said.

When officers got there, they found the car flipped over. The driver had fled the scene, police spokeswoman Allison Gallagher said. 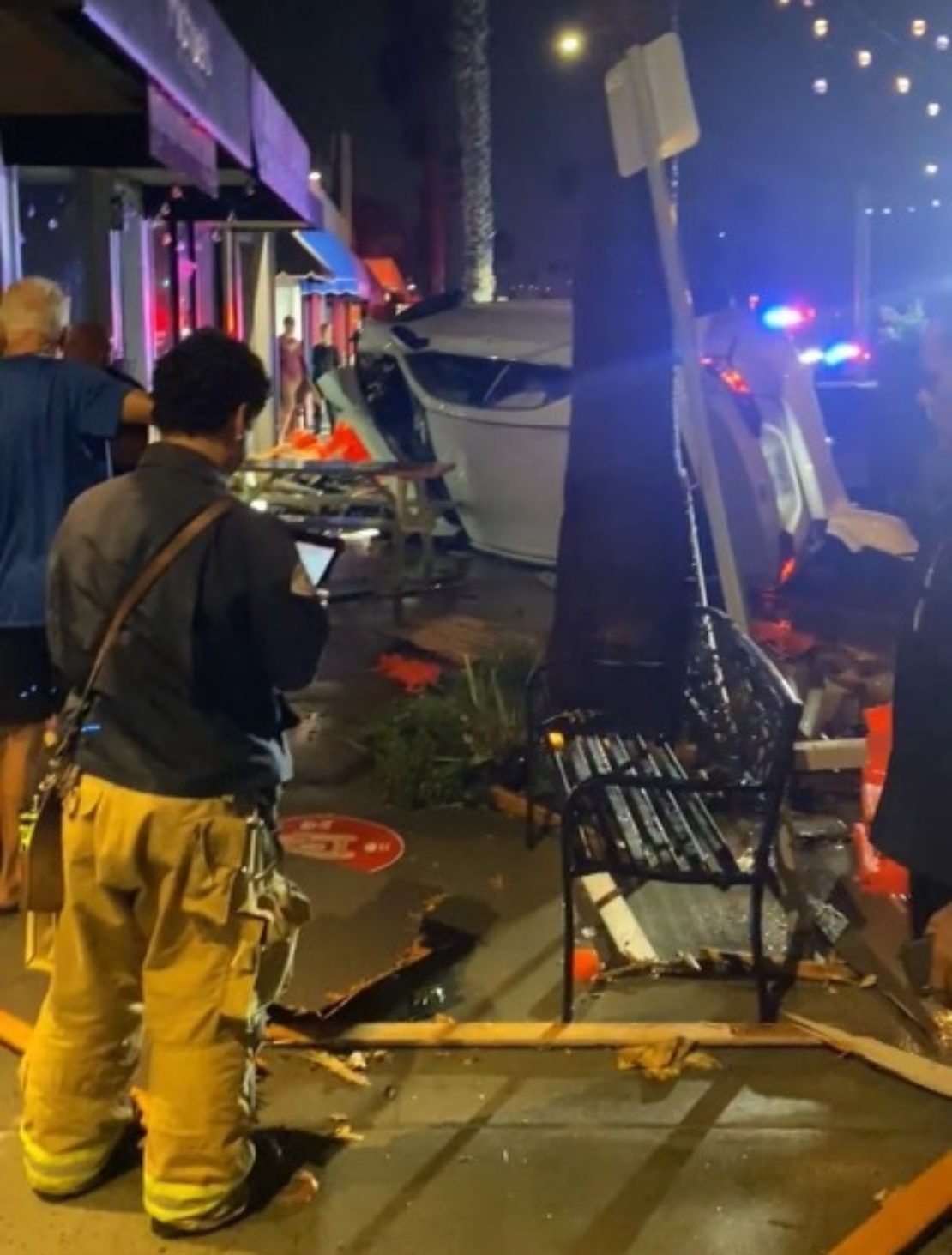 The parklet for Michael’s on Naples was completely destroyed when a driver crashed into it at high speed late at night. Photo courtesy of Michael Dene.

The owner of the restaurant, Michael Dene, said the driver jumped into a second car that sped away before officers arrived.

This isn’t the first time a parklet has been damaged by a wreck in recent weeks. A vehicle crashed into the parklet at Earl of Sandwich on Second Street just after midnight on Sept. 8, destroying it. No one was injured in that crash and the business was closed when it happened.

Dede Rossi, the executive director of the Belmont Shore Business Association, said they still don’t know who crashed into that parklet, but they appeared to be driving a Jeep. The BSBA is helping the sandwich shop build a new outdoor seating area. The temporary parklets have helped revitalize the business corridor after COVID-19 shutdowns this year, she said, and some businesses may plan to get permits for permanent ones.

Police asked that anyone with information contact investigators at 562-570-7355. Anonymous tips can be submitted through by calling 1-800-222-8477 or visiting www.lacrimestoppers.org.