Someone smashed through the glass on the front door of Lola’s Mexican Cuisine on Retro Row early Friday morning, but they fled before taking anything of value, according to the owner.

Owner Luis Navarro said the break-in set off his alarms at 4 a.m. It appeared the alarm was enough to scare the person away, but the situation was still frustrating for Navarro.

“At this point, it’s an exhausting revolving table,” said Navarro whose restaurant has been broken into multiple times this year. “Every month it’s almost like a game of musical chairs to see who is going to get hit next.”

The break-in at Lola’s was originally reported as a burglary, but when police responded at around 8:50 a.m. and discovered nothing was taken, they classified it as vandalism, according to the LBPD. 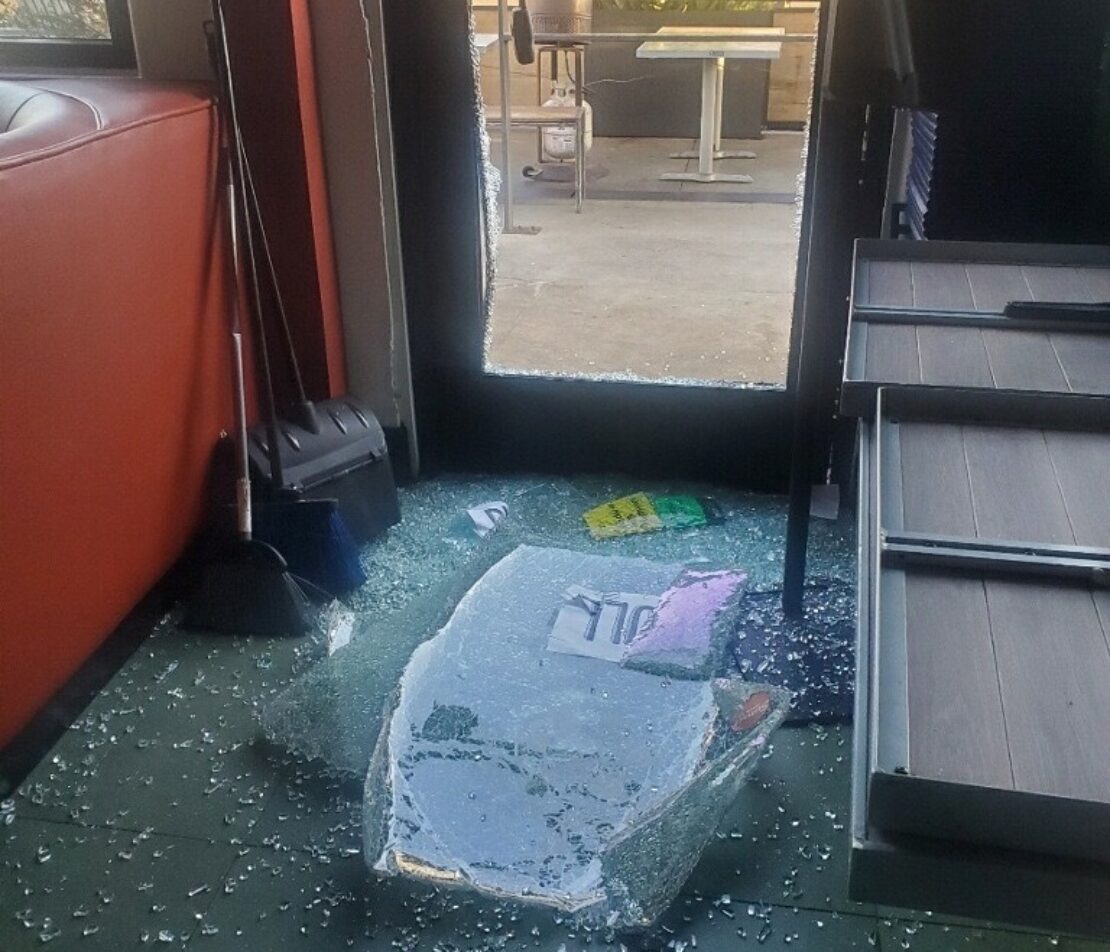 The view from inside Lola’s after someone smashed through the front door. Photo courtesy Luis Navarro.

Despite the incident, Lola’s was able to open at its usual time, but Navarro said coming into work to find shattered glass, broken doors, and a loss of valuables has become all too familiar for business owners.

Commercial burglaries this year are running more than 16% higher than the five-year average, LBPD statistics show.

“It’s really frustrating,” said Navarro, who’d like for more business owners to come together and voice their concerns to city officials. “This cannot be the new normal.”

Last week, burglars smashed the sliding glass door at diPiazza’s, costing the owner thousands in damages. Just a few doors down from the Italian restaurant and live music venue, another business, El Burrito Grill had suffered a similar fate. 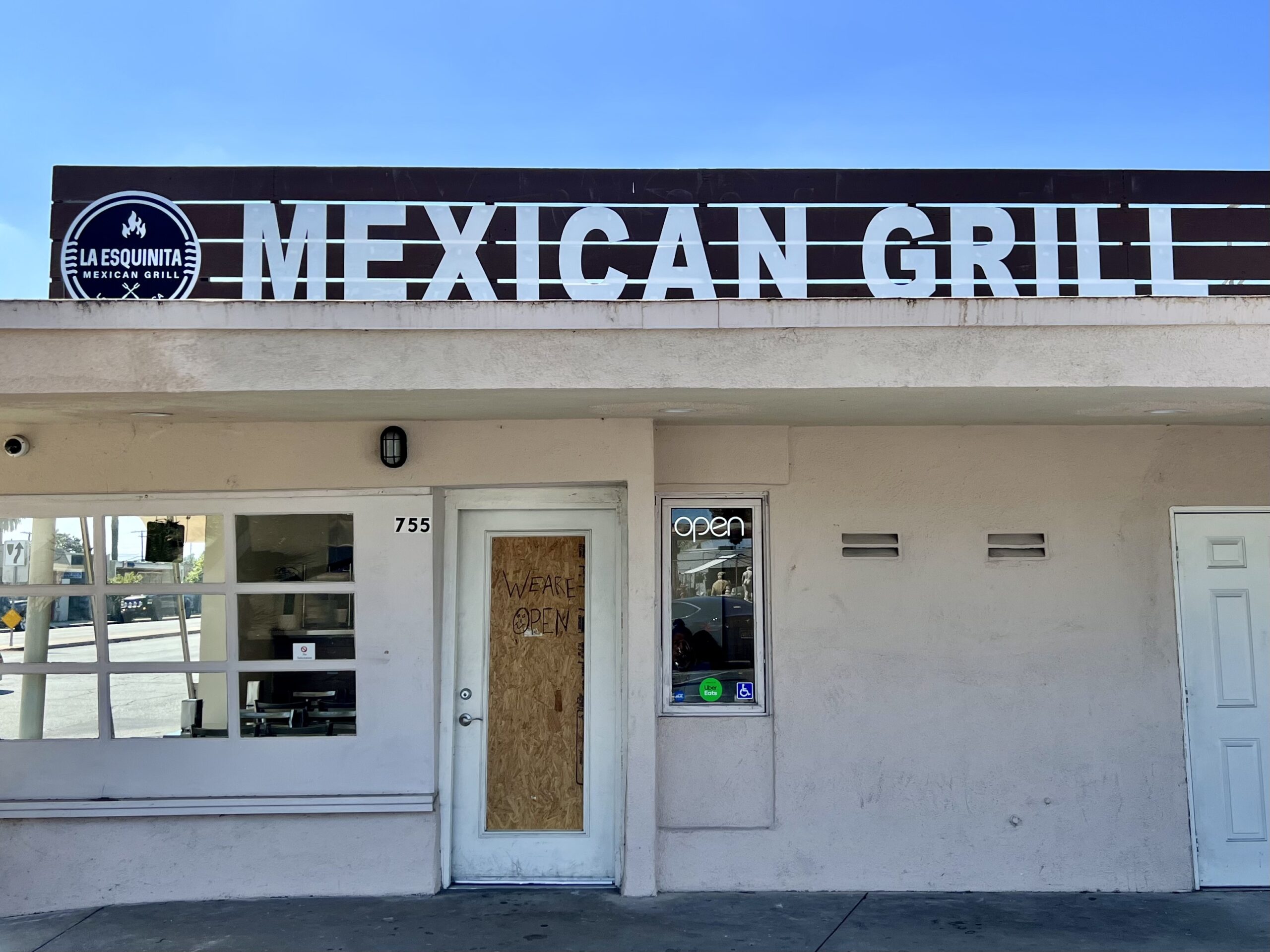 The boarded-up front door at La Esquinita Mexican Grill reads, “We are open,” following a break-in earlier that morning on September 16, 2022. Photo by Laura Anaya-Morga.

Across the way in the city’s Wrigley neighborhood, Erik Estrada, owner of La Esquinita Mexican Grill, has been fighting to keep his spirits high following yet another break-in at his restaurant last week.

Since opening up in October 2021, La Esquinita Mexican Grill has been the target of four break-ins.

“It feels sad, and there are times when you feel disappointed,” Vasquez told the Post.