A man was shot to death at a home in Cambodia Town Tuesday morning, according to Long Beach police.

At around 7 a.m., police said that officers responded to the scene on Dawson Avenue and 10th Street after hearing reports of shots fired. The Long Beach Fire Department determined the victim was deceased at the scene, police said. 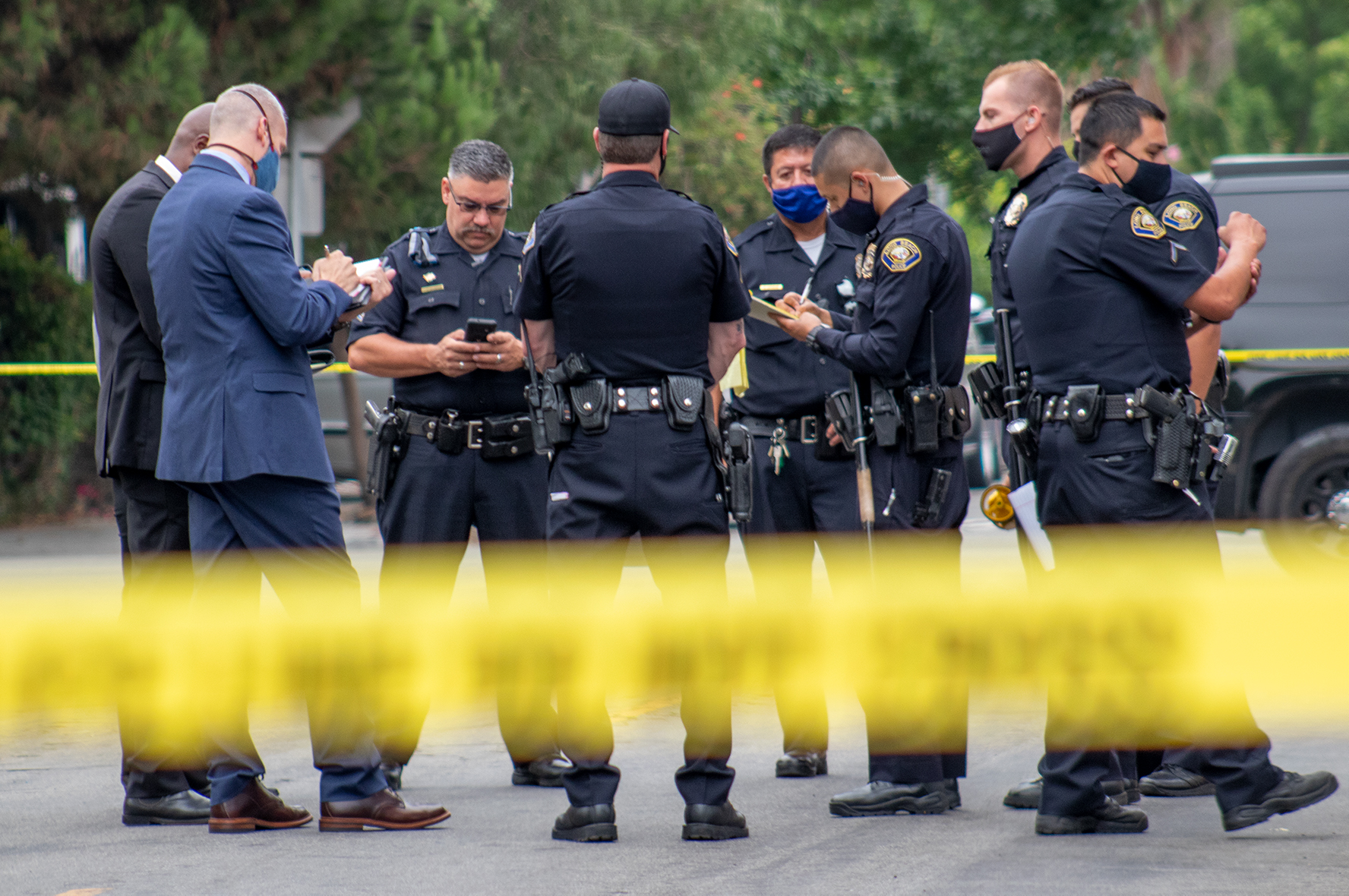 Witnesses said that the victim was involved in an argument with the suspect who brandished a gun and shot the victim, according to the LBPD. Police are still looking for the gunman.

Dave Burris, a neighbor who lives in an apartment complex across the street from the crime scene, said he heard “six very long-paused shots.”

“This is what was really weird about this: there was no screaming, no crying, no wailing,” Burris said.

Police also cornered another suspected gunman about half a mile from the homicide scene, but that man was not connected to the killing, authorities said.

No other details were immediately available. Police asked anyone with information to contact investigators at 562-570-7370. Anonymous tips may be submitted through Crime Stoppers by calling  1-800-222-TIPS (8477) or visiting www.lacrimestoppers.org