Deputy District Attorney Karen Brako pulled a bottle of Jack Daniel’s from her bag and set it with a thud on the table in front of a Long Beach jury.

It was a prop, meant to represent the shots of whiskey 20-year-old Carlo Navarro admitted he drank before crashing his Toyota Sequoia into a young family who’d just finished trick-or-treating on Halloween in 2019.

Navarro, Brako said, chose to get a bottle of booze from the neighborhood liquor store he knew would sell to him despite his age, chose to get behind the wheel of his car and chose to speed through the Los Cerritos neighborhood crowded with trick-or-treaters.

Those deliberate actions, Brako said, led to the deaths of 3-year-old Omar Awaida, father Joseph Awaida and mother Raihan Dakhil. She showed jurors, again, a black-and-white security camera video of Navarro’s SUV barreling into the couple from behind as they pushed Omar in a stroller.

The horrors of the crash and the fact that Navarro was behind the wheel were never in dispute at trial, which came to a close Friday after just over a week of testimony.

Carlo Navarro, 20, appears in a Long Beach courtroom, along with his defense attorney Bryan Schroeder, left, on November 13, 2019. Photo by Stephen Carr.

More than anything, what Brako sought to prove at trial was that Navarro knew the dangers of his actions and went ahead anyway.

That’s because—in addition to three counts of gross vehicular manslaughter—Navarro is charged with three counts of murder, which could result in a sentence of 25 years to life in prison, a much stiffer penalty than the total term of about 15 years the lesser charges would carry.

To convict Navarro on the murder charges, jurors must decide he knew his actions were likely to kill someone and he continued regardless, a legal concept known as “conscious disregard for human life.”

In her closing argument, Brako said the mere recklessness of Navarro’s driving—blowing stop signs and speeding through a neighborhood full of trick-or-treaters—was enough to prove conscious disregard even without factoring in his drinking. But Navarro was aware, she argued, that his decision to drive drunk could be deadly.

“He knew he was going to drink and drive that night. And he didn’t think about the consequences,” Brako told jurors. “He knew them. But he didn’t care.”

She said Navarro knew he shouldn’t be driving drunk, as evidenced by the time police found him passed out in his car six months before the crash. Once officers were able to rouse him, Navarro told them he knew he was too drunk to drive, something jurors saw on body-camera video played during the trial. 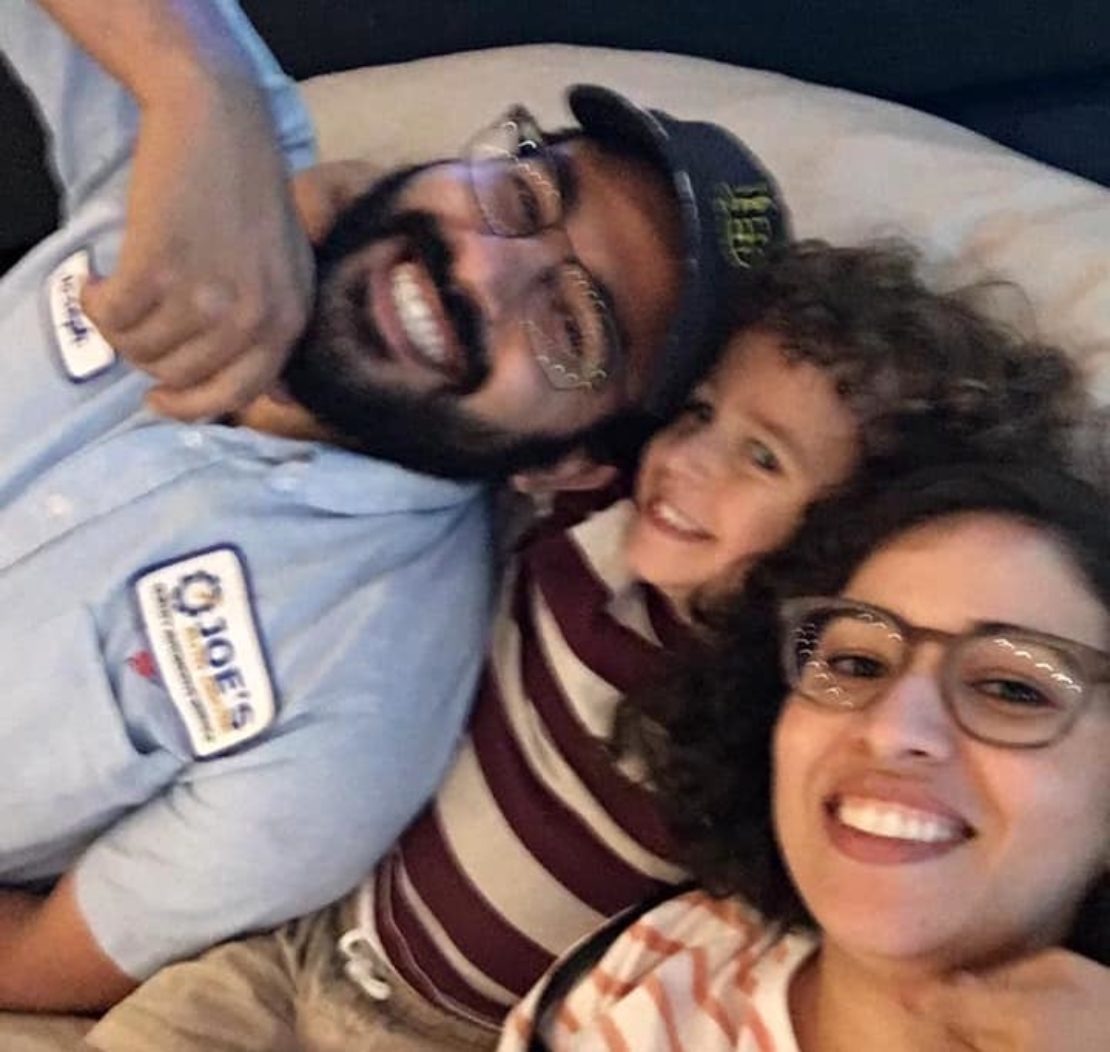 Brako also played a video of her interviewing Navarro days after the Halloween crash. As he sits alone at a police station table, she pointedly questions him about whether he knew the dangers of drunk driving: “You were aware that if you were to drink and drive—get behind the wheel of a car, you could kill someone?”

Days later, he was charged with murder and has remained in custody since.

When it was his turn to address the jury, Navarro’s lawyer seized on that video, urging jurors not to convict based on Navarro’s one-word response.

Navarro had just killed a family of three and was wracked with guilt and shame, defense attorney Bryan Schroeder said. He was remorseful, trying to take responsibility and cooperating with authorities.

“With all that on his mind, all that shame and his guilt, what’s his answer? It couldn’t be anything other than, ‘Yes,’” Schroeder said.

He played another clip of Navarro being interviewed, where he says, “I really didn’t think about hitting anyone.”

Schroeder pleaded with jurors to see past the emotions of the case, which included photos of horrific injuries inflicted on the Awaida family, body camera video of the crash’s aftermath, and pictures of Omar’s dinosaur costume and Halloween candy scattered in Los Cerritos Park. 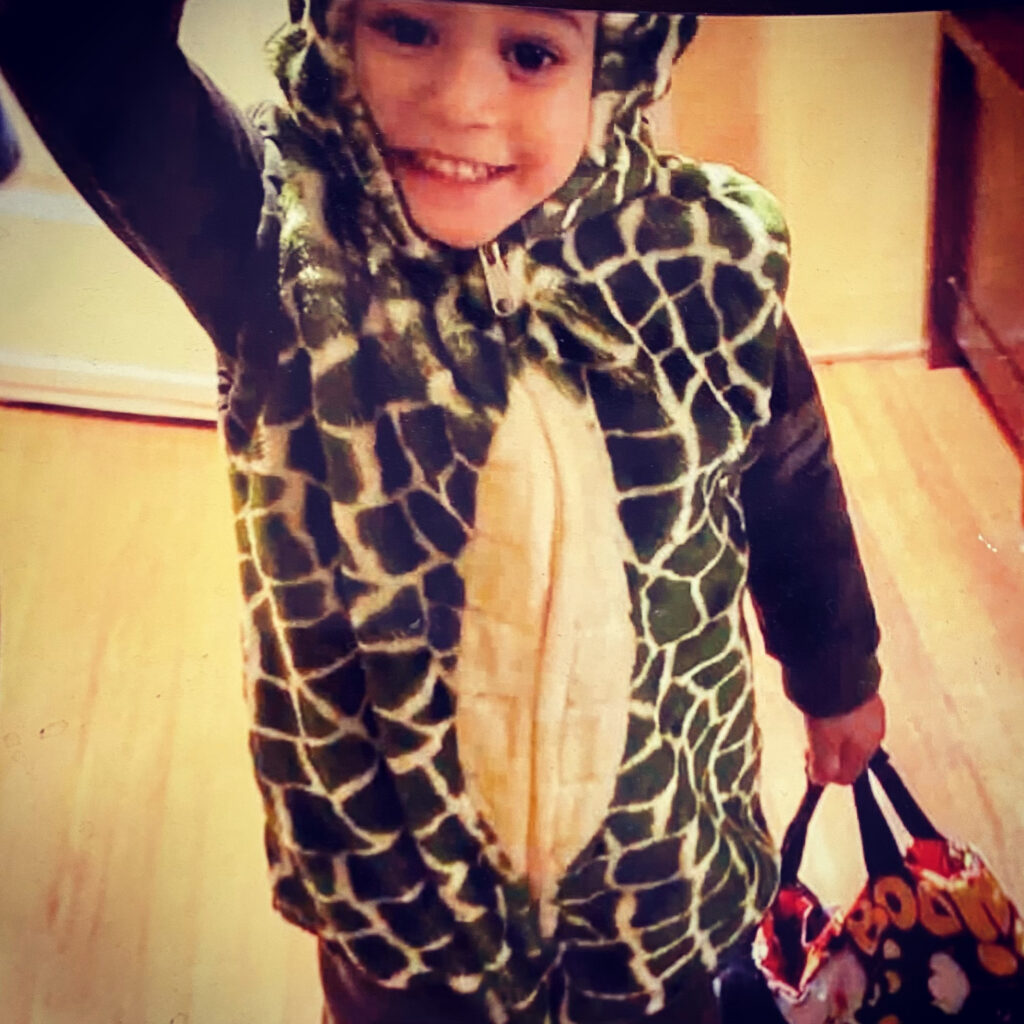 When a professional crime scene photographer broke down on the stand as she testified earlier in the week, Schroeder moved for a mistrial but was denied. Now, he urged jurors to view the emotional evidence as a ploy from prosecutors.

“It was used to inflame you, to make you angry,” he said.

Navarro did not testify, but Schroeder mounted a defense by calling a doctor to tell jurors about brain development. He said a 20-year-old’s brain is not fully formed, and someone that age may not realize the consequences of his actions the same way a 25-year-old would.

Navarro, Schroeder argued, is not a murderer; he was a 20-year-old boy who caused a terrible tragedy because of his stupidity.

“Guess what, these kids drive too fast sometimes. They’re stupid. They do dumb stuff,” Schroeder said. “Is it a conscious disregard for human life? No. It’s just something stupid.”

Jurors began deliberating around 4 p.m. Friday after a final plea from prosecutors to convict Navarro.

“This is not a boy. This is not a child,” Deputy District Attorney Brittany Vannoy said. “This is a 20-year-old man who committed three murders.”