Despite a judge urging the defendant to consider admitting to his crimes, jury selection began this week in the case of an underage driver accused of drunkenly running over a 3-year-old boy and his parents.

Authorities allege that 20-year-old Carlo Adrian Navarro was behind the wheel of his SUV, taking drinks of Jack Daniel’s as he drove, when he jumped a curb and crashed into toddler Omar Awaida, father Joseph Awaida and mother Raihan Dakhil as they trick-or-treated near Los Cerritos Park on Halloween 2019.

Friday, on the eve of trial, Long Beach Superior Court Judge Laura L. Laesecke urged Navarro to consider taking responsibility for the crime, with the knowledge that a guilty or no contest plea may help him down the line when he’s in front of a parole board.

“This is gonna be a very difficult trial for everybody involved,” Laesecke said, speaking directly to Navarro, now 23. Prosecutors plan to show footage of the high-speed crash, some pictures of the damage it caused and video of extensive interviews with Navarro after his arrest. 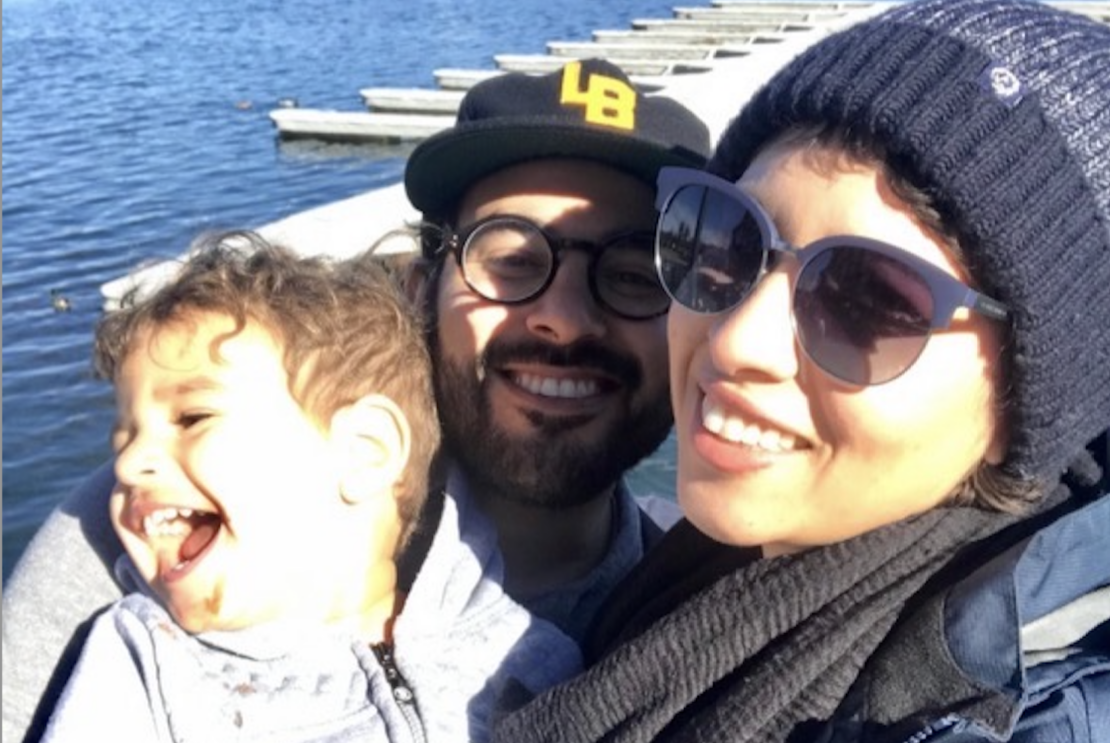 Omar Awaida, with his parents, Joseph Awaida and Raihan Dakhil, in an undated photo. Courtesy the Awaida family.

If the Los Angeles County District Attorney’s Office is willing to offer him a plea agreement at this late date, “You might want to think about it,” Laesecke told Navarro, who faces a sentence of 45 to life if he’s convicted on three counts of murder.

Previously, the District Attorney’s Office offered Navarro a sentence of 15 to life, according to people with knowledge of the discussions. The potential deal angered the Awaida family’s relatives and the prosecutor assigned to the case, who thought it was too lenient, but Navarro rejected it. He instead sought a probationary sentence.

“This is the time to sort of face reality,” she said. “And sometimes reality involves a sentence with the word life attached to it.”

The case against Navarro is compelling, she said, and he runs the real risk of having a jury return guilty verdicts on the murder counts if they decide he knew the dangers of his actions.

The District Attorney’s Office has since taken the 15-to-life offer off the table, but Laesecke encouraged Navarro to think about striking a new deal, “because at least it lets you take control of the case,” she said. “And bottom line, you’re the one serving the time.”

A flurry of behind-the-scenes negotiations followed, even as Laesecke and attorneys began selecting jurors for the case. Prosecutors offered Navarro 30 years to life in prison, according to multiple people aware of the talks, but he appears unlikely to take it. Jurors are expected to begin hearing evidence later this week.

There may be little incentive for Navarro to accept the current deal. Because he was only 20 at the time of the alleged crime, Navarro would automatically be eligible for parole after serving 25 years regardless of whether he’s sentenced to 30 or 45 years to life. That unintuitive wrinkle is due to a 2016 state law designed to give young offenders who’ve been rehabilitated a chance of release when facing life sentences.

Joseph Awaida’s mother, Vera, said she would have been OK with the 30-to-life sentence but not 15 to life. 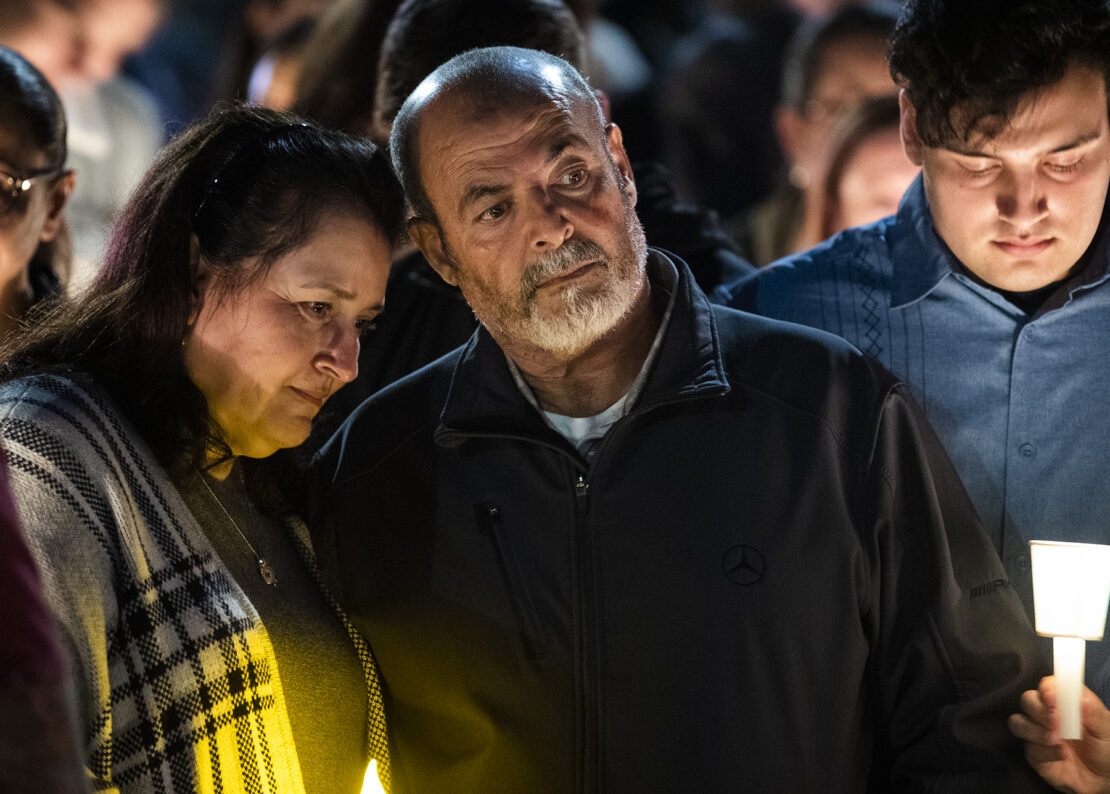 Vera Awaida, left, stands with other family members as hundreds of people attended a vigil for her son, his wife and their child. Photo by Thomas R. Cordova.

She imagined what her son would’ve had to say about it if he were still alive. If only Joseph had died, she thinks he would’ve told her to let it go and be satisfied with the reduced sentence—but not in this case, not when it comes to the death of his wife and young child.

If jurors don’t believe Navarro acted so recklessly he committed murder, they could also convict him of gross vehicular manslaughter while intoxicated, one count of which carries a sentence of 4, 6 or 10 years in prison. A conviction on all three counts would carry a maximum sentence of about 15 years.

The mother and daughter accused of operating the liquor store that provided Navarro the alcohol that night are also facing misdemeanor charges, but they have so far been allowed to keep the store open despite repeated violations.