Long Beach polices shot and critically wounded an armed robbery suspect after he crashed the stolen car he used to flee from officers, the department said today.

The shooting occurred about 10:45 p.m. Sunday in the 1700 block of Harbor Avenue, which is near where Pacific Coast Highway crosses the 710 Freeway, according to the Long Beach Police Department.

The chain of events started in Signal Hill, according to Signal Hill police Sgt. A. Gabaldon.

There was a “small pursuit,” Gabaldon told City News Service. The man was suspected of robbing a grocery store at gunpoint, according to Long Beach police Officer Ivan Garcia. The man fled as Signal Hill police arrived at the robbery scene, according to Garcia.

Officers began chasing his car after witnesses began pointing at a vehicle that was driving out of the grocery store’s parking lot on Willow Street near Cherry Avenue, according to the LBPD.

Signal Hill police lost sight of the silver 2020 Honda Accord in the area of Willow Street and Atlantic Avenue, Garcia said. They provided information about the robbery and pursuit to Long Beach police.

The man crashed the car into another vehicle at Harbor Avenue and Pacific Coast Highway around 10:54 p.m. and arriving officers recognized the car, police said.

“The driver of the vehicle had fled the scene on foot and a community member in the area pointed out the driver to officers,” Garcia said. “Officers contacted the driver, who was armed with a firearm, and an officer-involved shooting occurred.”

The man was taken by paramedics to a hospital where he was in critical condition, Garcia said. No officers were injured and a loaded firearm was recovered at the scene, according to Garcia. 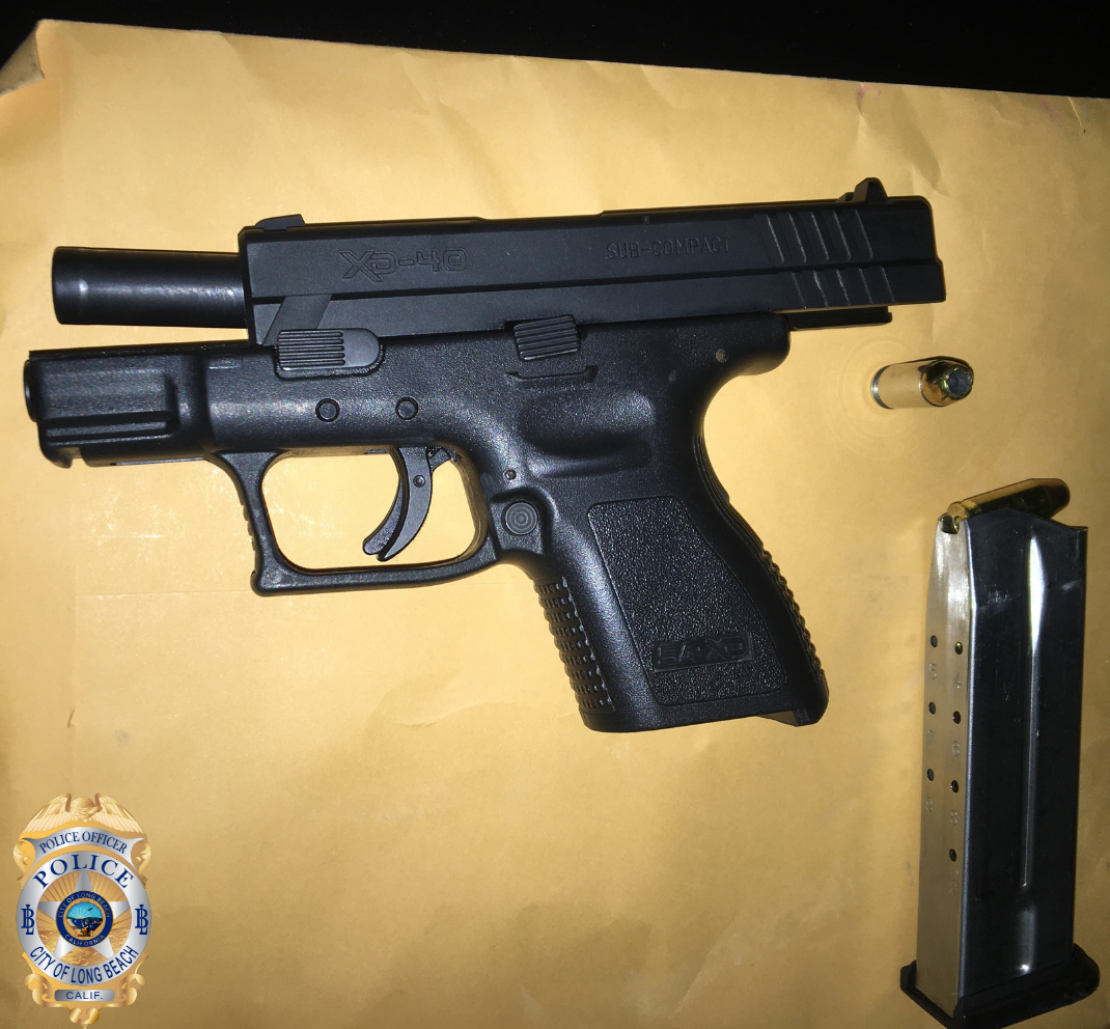 Long Beach police released this photo of a gun they say was found at the scene.

“Additionally, detectives later learned that the 2020 Honda Accord had been stolen earlier in the day outside of our jurisdiction,” police said in a statement.

Police identified the wounded man as 28-year-old Leonides Enriquez of Bellflower. Police said he is not legally allowed to possess a firearm or ammunition.

“He is currently under medical care at a local hospital while being held on $35,000 bail,” the LBPD said in a statement. “Detectives anticipate presenting their case to the Los Angeles County District Attorney’s Office later this week for filing consideration.”

The officers who found the crashed car and the driver were assigned to combat the recent spike in violent crime in Long Beach, Garcia said.