As Ricky Rodriguez’s closest relative, it was Christina Brown’s task to inform the rest of the family what happened to her uncle.

Rodriguez, Brown learned, had been stabbed to death on May 23, after an altercation with a roommate turned physical, according to police’s account. The 67-year-old had been living in a veterans-only building on the campus of the Century Villages at Cabrillo, a large supportive-housing community in West Long Beach. His roommate, Eric Doore, was quickly arrested and charged with murder. He’s since pleaded not guilty.

This wasn’t the first time Brown and her family have suffered the violent loss of a family member. Brown’s mother, she said, was shot and killed by her boyfriend when Brown was only 11 years old.

“I can’t believe this is happening again to us,” Brown said. “It’s pretty devastating.”

When Brown’s mother was killed in 1987, Rodriguez was inconsolable over the death of his younger sister. “He was just really angry,” Brown remembers. “Angry and upset that he wasn’t there to protect my mom.”

Over 30 years later, it’s his death the family has to grapple with.

The crime also shocked residents at Century Village where the roughly 1,500 residents—veterans, families and seniors, many of whom used to be homeless—were coping with such a violent crime happening in their community for the first time.

Rodriguez was the oldest of five siblings, born in Colorado before the family resettled in Southern California. He did a tour in Vietnam before leaving the military in 1974. Eventually, the family spread out, one brother moving to Elk Grove, a sister leaving for Hawaii. Rodriguez, however, stuck around.

“I don’t think he would have ever left my grandma,” Brown said of Rodriguez’s mother Amalia, who lived in La Puente until her death in 2010.

A few years after his mother’s death, Rodriguez’s life hit a rough patch. In 2014, he lost his job as a security guard at the Westminster Mall and, unable to pay rent, became homeless for several months. According to his niece, he suffered from depression.

“I think it did really have an impact on him,” Brown said of her grandmother’s death. 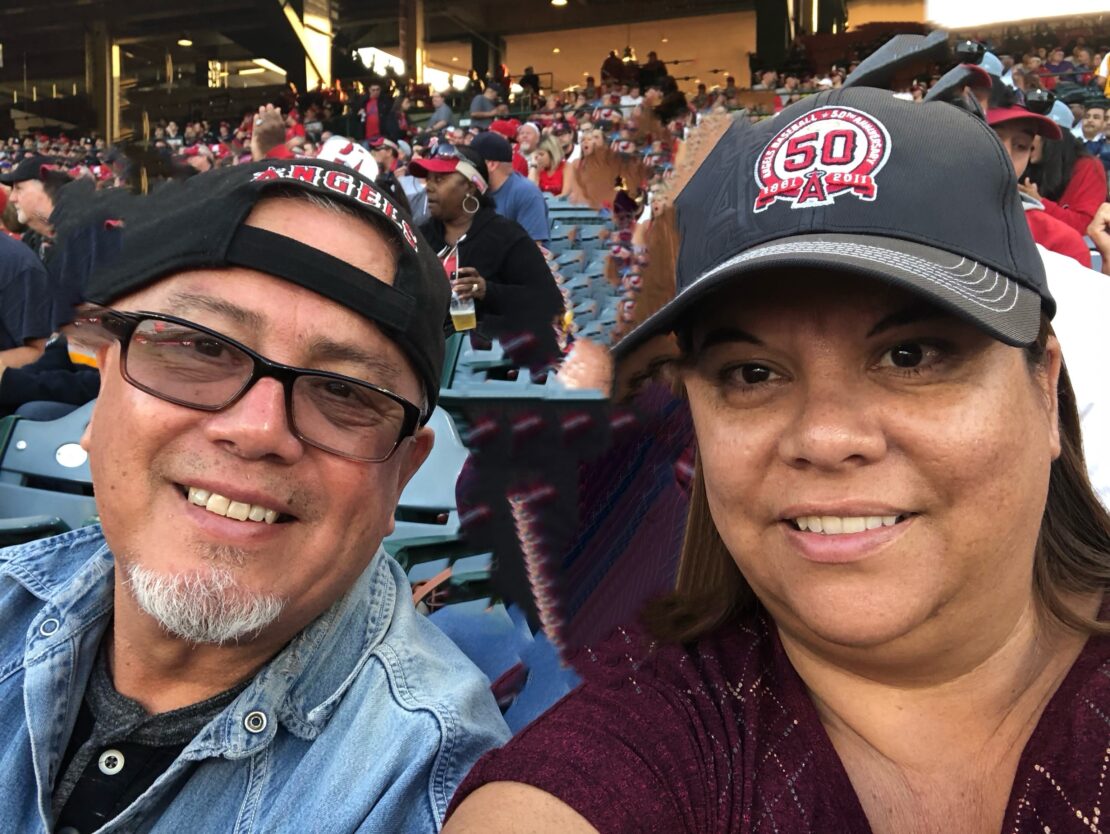 Ricky Rodriguez and his niece, Christina Brown, at a game between the Los Angeles Angels of Anaheim and the Kansas City Royals at Angel Stadium on June 5, 2018. Photograph courtesy of Christina Brown.

But it wasn’t long before the family, with the help of Long Beach-based nonprofit US Vets, found him a room at Century Villages at Cabrillo. There, he lived at The Plaza, a 200-unit building focused on helping veterans get back on their feet.

Most of the apartments at The Plaza are studios, occupied by single residents. But the apartment Rodriguez lived in was part of a program designed specifically for very low-income veterans, who share a common kitchen, bathroom and communal space.

What led to the deadly dispute remains unclear, but sharing a space with others wasn’t easy for the 67-year-old, according to his niece, and he often got into arguments with his roommates. “He likes things a certain way. He wanted people to follow the rules and be considerate to others,” Brown said. “So when they weren’t, he took offense to it.”

Those challenges weren’t unique to Rodriguez’s situation, according to Colman, the Century Villages executive director.

“People have lived lives, have been in combat, have been traumatized in many ways, so, yeah, there are conflicts, certainly,” Colman said. But in its 24 years in existence, there has not been an incident where one resident of Villages at Cabrillo killed another, he added, a fact the Long Beach Police Department homicide detail confirmed.

Colman said the isolation brought about by the pandemic, as well as substantial construction taking place at The Plaza may have played a role in increasing tensions among residents.

Compounded by the unrelated death of a security guard in a hit-and-run traffic collision on Saturday, the killing has shaken the community, Colman said. “We’re still working through that with the residents and looking for ways to support them.”

Despite his challenges, Brown said her uncle had been flourishing at the supportive housing complex. “He was happy there,” she said, adding that Rodriguez had just bought a car, the first one he’d owned in years. “He was really excited. He drove to my house the first time that Thursday before he passed away. He drove and showed me his car.”

According to his niece, Rodriguez saw himself as a lone wolf and didn’t keep in close contact with his remaining family members, aside from Brown. The two would text during football season—Rodriguez was a fan of the Denver Broncos, Brown roots for the Chargers—and talk about music or movies often.

“I think it’s because he felt like he could talk to me and there was no judgment; he just felt comfortable with me,” Brown said. “I think I made him feel safe.”

But on that Thursday before his death, Rodriguez stepped out of his loner role and joined Brown in attending a family funeral, reconnecting with cousins and other family members he hadn’t seen in years, she said. “I’m really grateful that he did.”