A 21-year-old Long Beach man was arrested on Alamitos Beach after a string of stabbings that left one person dead and multiple others wounded at crime scenes that stretched from Anaheim Street to the beach bike path Monday morning.

Video from the arrest shows the suspected attacker, whom police later identified as Yohance Sharp, chasing a man at the beach, where police say he stabbed two people before officers took him into custody shortly after 7 a.m.

LBPD officials said they found evidence indicating that Sharp was responsible for two other stabbings that occurred earlier in the morning. The motive for all attacks remains under investigation but detectives believe the stabbings were unprovoked and the suspect and victims did not know each other, police said.

The deadly spree appears to have started on Atlantic Avenue near Anaheim Street in front of a county-run Project Homekey supportive housing facility. Police said a woman in her 60s was standing in the area when she was approached and stabbed by Sharp who left the scene on foot before officers arrived.

Officers could not confirm whether the victim or suspect had lived there—although they said Sharp appears to be homeless. 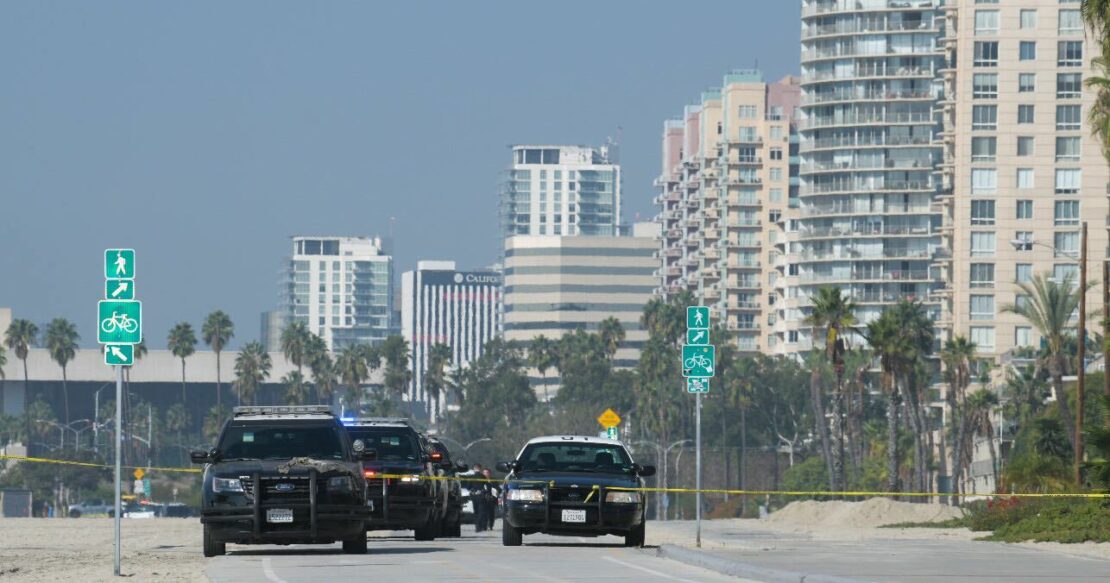 Police shut down a portion of Alamitos Beach where they arrested a man who was chasing people with a knife. Photo by Thomas R. Cordova.

Police were called to the location at 1133 Atlantic Avenue around 5:35 a.m. to help the woman who’d been stabbed in the upper body, according to the Long Beach Police Department. The Long Beach Fire Department transported the woman to a local hospital where she died, police said.

Less than an hour later at 6:25 a.m., police responded to another stabbing in the 700 block of Olive Avenue, just five blocks south of the previous incident, police said. According to police, a man had been stabbed in the upper body and was transported to a local hospital with non-life-threatening injuries.

At 7:05 a.m., the two stabbings at Alamitos Beach were reported on the bike path near Ocean and Fourth Place, police said. The two victims had non-life-threatening stab wounds to their upper body.

Video posted by the @loveyoulongbeach Instagram account shows the suspect on the beach apparently running after a man and a dog near Fifth Place.

“He’s out here with a knife chasing people off the beach,” says Nichole East, the woman who runs the account. East wrote that the man had come running down the stairs onto the beach screaming he was going to kill everyone there. 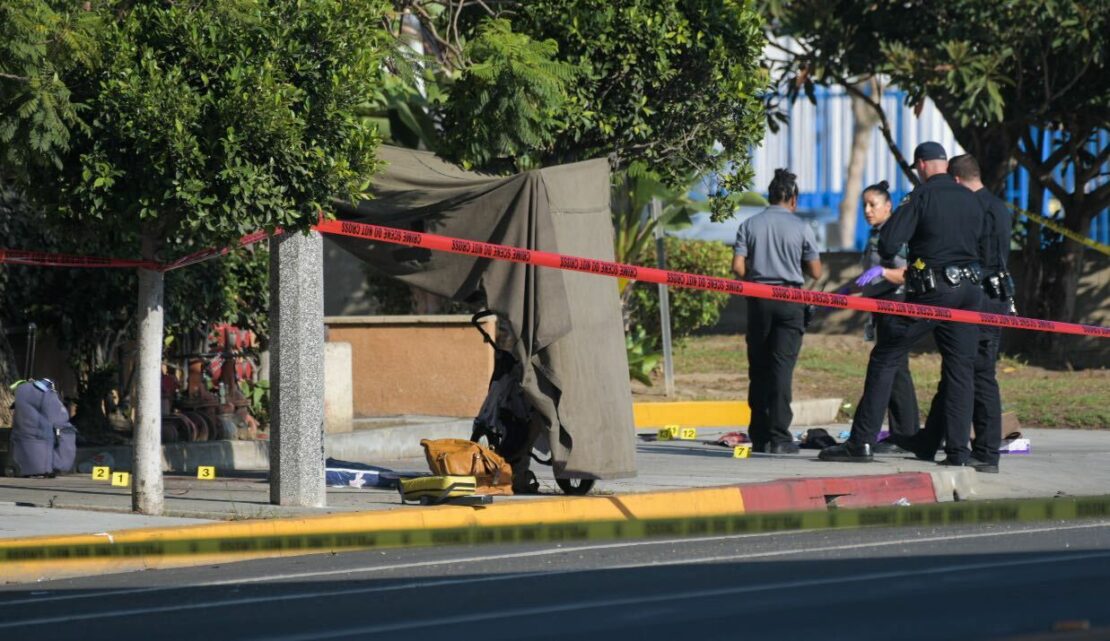 Police soon swarmed the beach and took the man into custody. East’s video shows first responders tending to one of the bloodied victims on the sand and officers shutting down the area for their investigation. The other victim was taken to a local hospital to be treated, police said.

Sharp was booked on suspicion of murder and his bail was set at $2 million. The identity of the deceased woman is being withheld pending notification of her next of kin, authorities said.

The investigation is ongoing. Anyone with information is urged to contact Detectives Donald Collier and Leticia Gamboa at 562-570-7244. Anonymous tips may be submitted through Crime Stoppers by calling 800-222-TIPS (8477), or downloading the “P3 Tips” app to your smartphone.

Editor’s note: This story was updated with more information from the LBPD.