The Los Angeles County Sheriff’s Department is asking for the public’s help locating two additional men involved in a botched robbery at an illegal cannabis shop, a crime that resulted in the death of a Wilson High School student, who is accused of participating in the stick-up.

Authorities say they’re still searching for the two of the would-be robbers: Kahlel Malik Lundy, 23, and Keith Terrion Rachel, 21. Today, the LASD released a video they say shows them and two other young men entering the shop in Compton at around 6:50 p.m. on April 3. 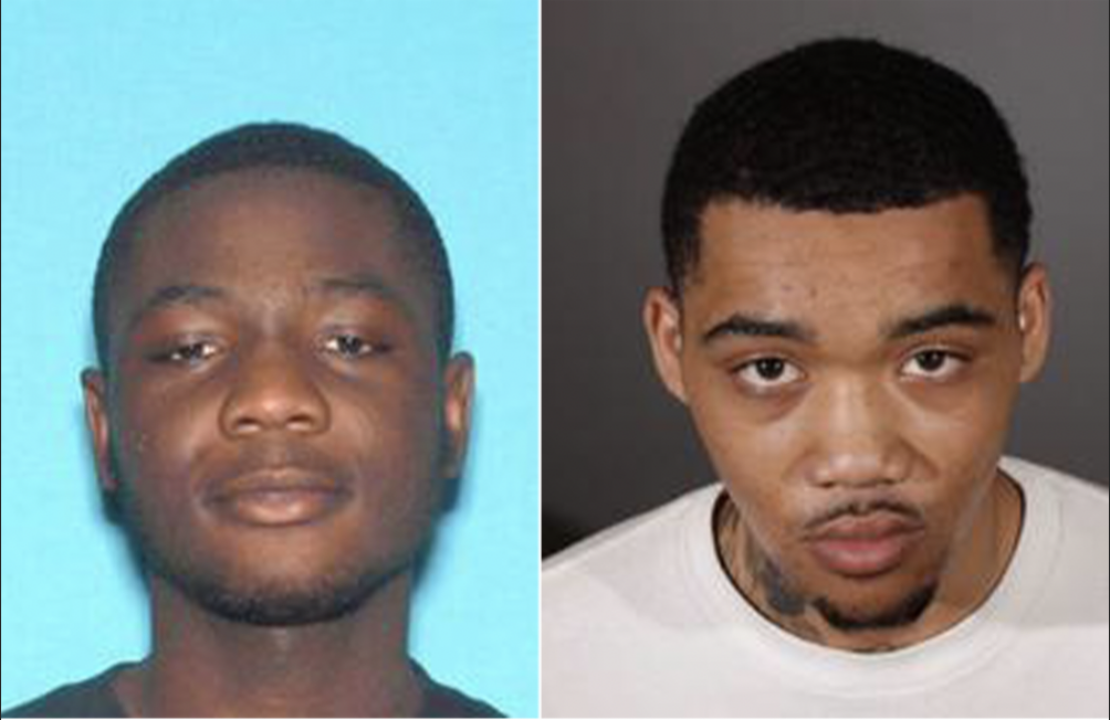 Keith Rachel, 21, (left) and Khalel Lundy, 23 are being sought in connection to the attempted robbery of an illegal cannabis shop in Compton last month. Photo courtesy of the Los Angeles Sheriff’s Department.

The security guard appears to be struck by gunfire from close range as is Wilson High School senior Justin Culberson, who appeared to be trying to get something out of his waistband. The video shows them both falling onto their backs. The four young men run to the front of the shop to take cover behind a shelf as they continue exchanging gunfire with the security guard.

Moments later, one of the suspects is finally able to unlock the front door of the shop allowing the four of them to escape the shootout and flee the scene. When deputies arrived just before 7 p.m., they found the security guard suffering from injuries to his face and neck. He was taken to a local hospital for treatment and has since been released, according to the LASD. Two guns were seized at the scene, including the security guard’s, the LASD said in an earlier statement. 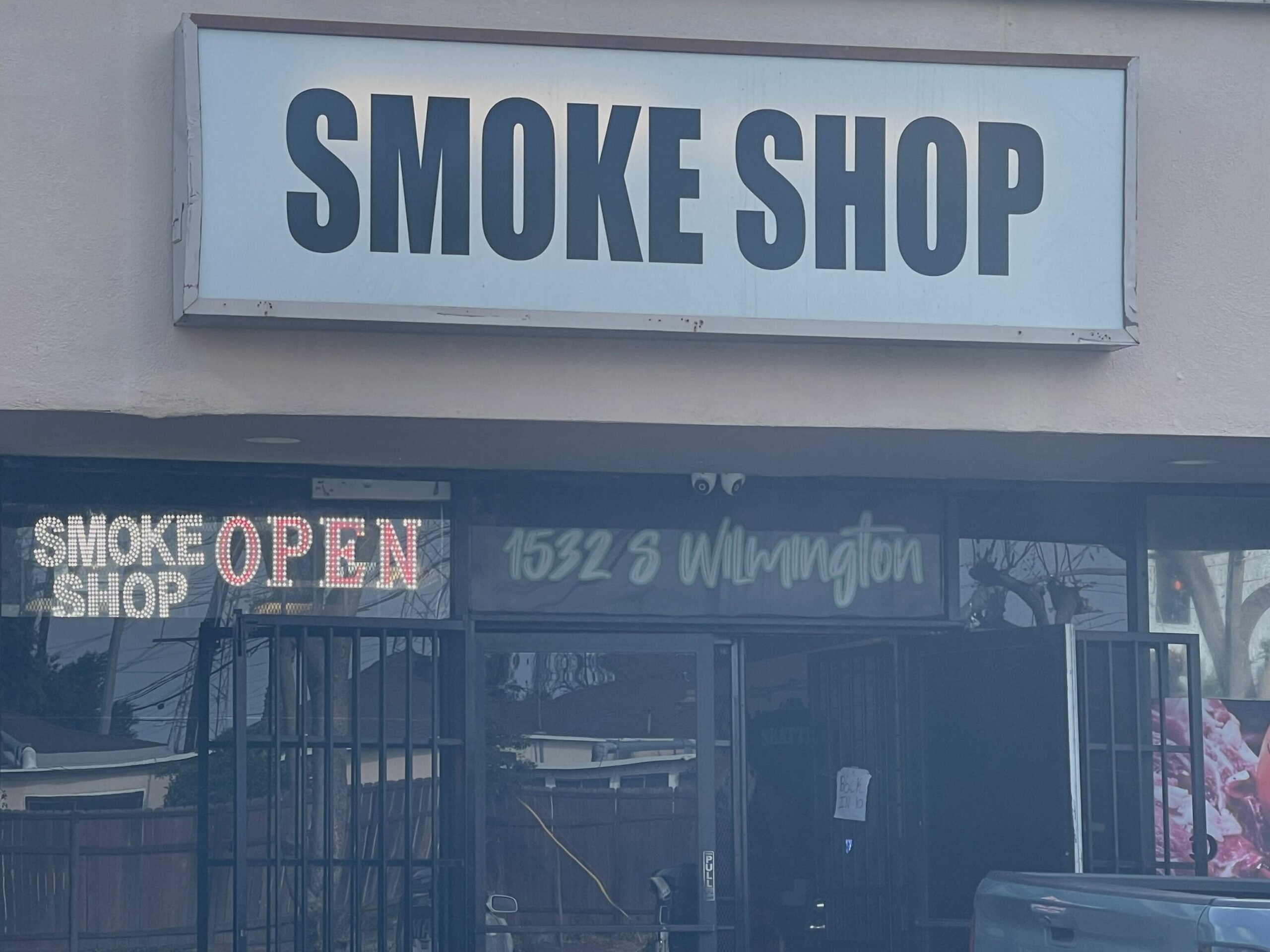 The smoke shop, which authorities said runs as an illegal dispensary, where officials say a Wilson High student was killed while participating in a botched robbery. Photo by Fernando Haro.

At around 7:30 p.m., Culberson was dropped off at Martin Luther King Hospital where he was treated for a gunshot wound to the abdomen before succumbing to his injuries later that night, authorities said.

The armed man who charged the counter, setting off the shootout, was arrested a day after the shooting and subsequently charged with murder and attempted murder, according to authorities. They identified him as 18-year-old Kamren Nettles. He has pleaded not guilty and remains jailed on $3.05 million bail. He is due back in court on May 9, a spokesperson from the DA’s office said.

Meanwhile, authorities are still looking for Lundy and Rachel, who are also expected to be charged with murder, according to the LASD.

Just over a week before his death, Culberson had enrolled at Wilson High School, according to a school district spokesman. He had turned 18 a few weeks earlier. While Culberson and Nettles were friends, Culberson’s mother, Eva, said she believes her son was “brainwashed” and “used” by Nettles, Lundy and Rachel to take part in the robbery.

“He was a kind-hearted, hilarious, beautiful, smart soul that was taken from us way too soon,” Eva Culberson, wrote in the description of her son’s GoFundMe page. “Justin was always there for his family and friends and anytime that you would see Justin, he had a big o smile that would brighten up the entire room and make you smile.”

The GoFundMe page was created to cover the costs of the Culberson’s funeral expenses and it has raised $17,181 of the $30,000 goal as of Wednesday morning.