Since at least the beginning of October, the Dominguez Channel, a 15.7-mile storm drain that prevents flooding, has been emitting elevated levels of hydrogen sulfide, a foul-smelling gas, into Carson, Gardena, Long Beach, Redondo Beach, Torrance, Wilmington and other Los Angeles County communities.

After breathing this air, thousands of people began suffering a variety of symptoms including headaches, eye, nose and throat irritation, sneezing, dizziness, insomnia, nausea, and even vomiting or diarrhea. Authorities determined that the stench was most concentrated by South Avalon Boulevard near the 405 Freeway in Carson.

Officials have attributed it to the decay of organic matter, such as vegetation, within the Dominguez Channel. Hydrogen sulfide was a byproduct of the decay, which would normally occur for short periods of time at much lower concentrations in the channel. Authorities, as well as other non-governmental parties, are still investigating why hydrogen sulfide levels reached higher levels for a prolonged period.

To better understand this air quality crisis, the Long Beach Post created this timeline of events related to the Dominguez Channel. 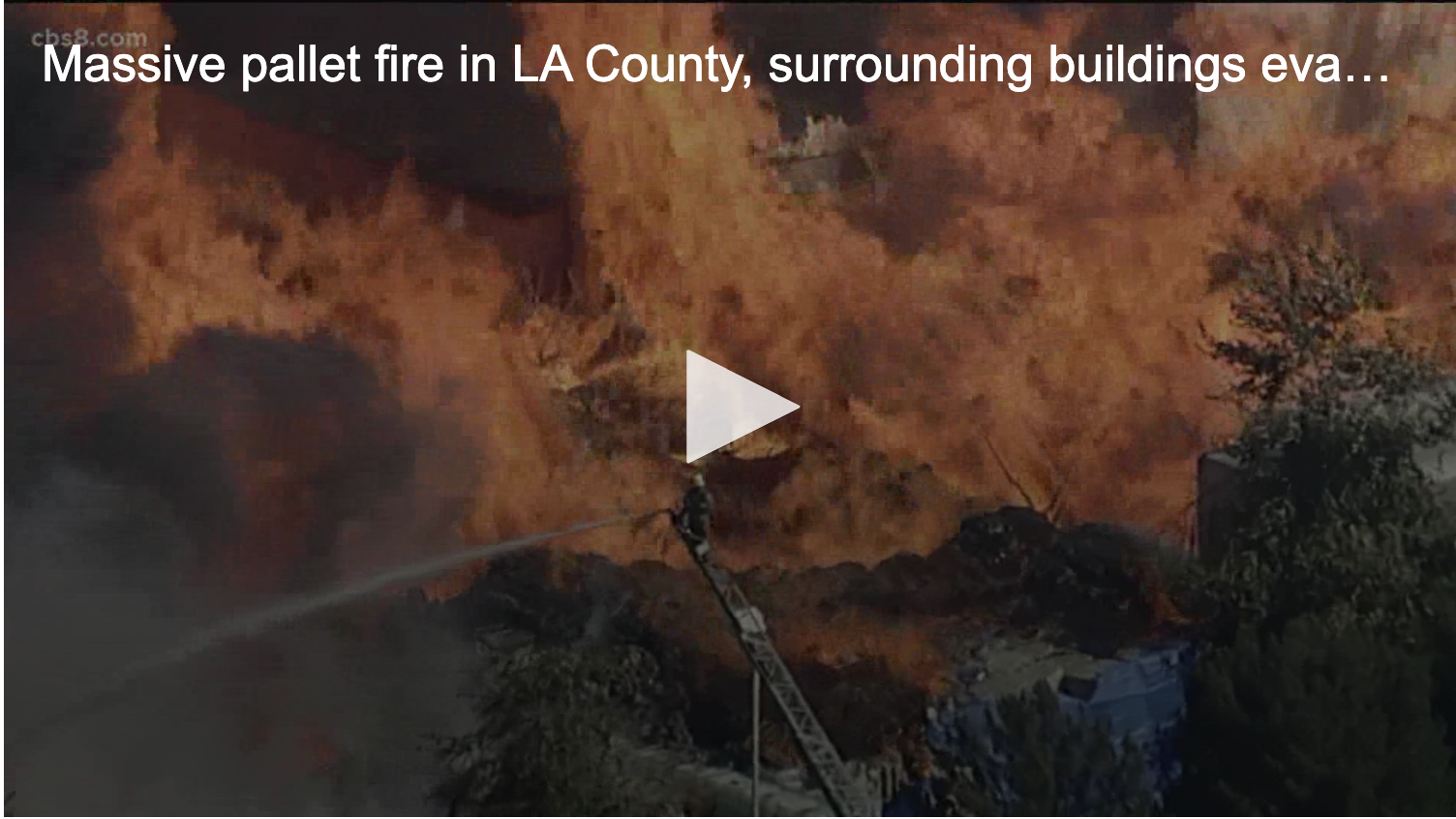 A commercial facility at 16325 S. Avalon Blvd. in Gardena caught fire at around 2 p.m. that day. This massive fire took 200 firefighters to extinguish, three of which were left injured. This facility, which is less than three miles from the Dominguez Channel, would later be blamed in lawsuits for the elevated hydrogen sulfide gas in the coming days.

The South Coast Air Quality Management District defined the first day of the hydrogen sulfide event when the agency first received about seven complaints of people reporting a type of odor.

More than 100 complaints received about the air 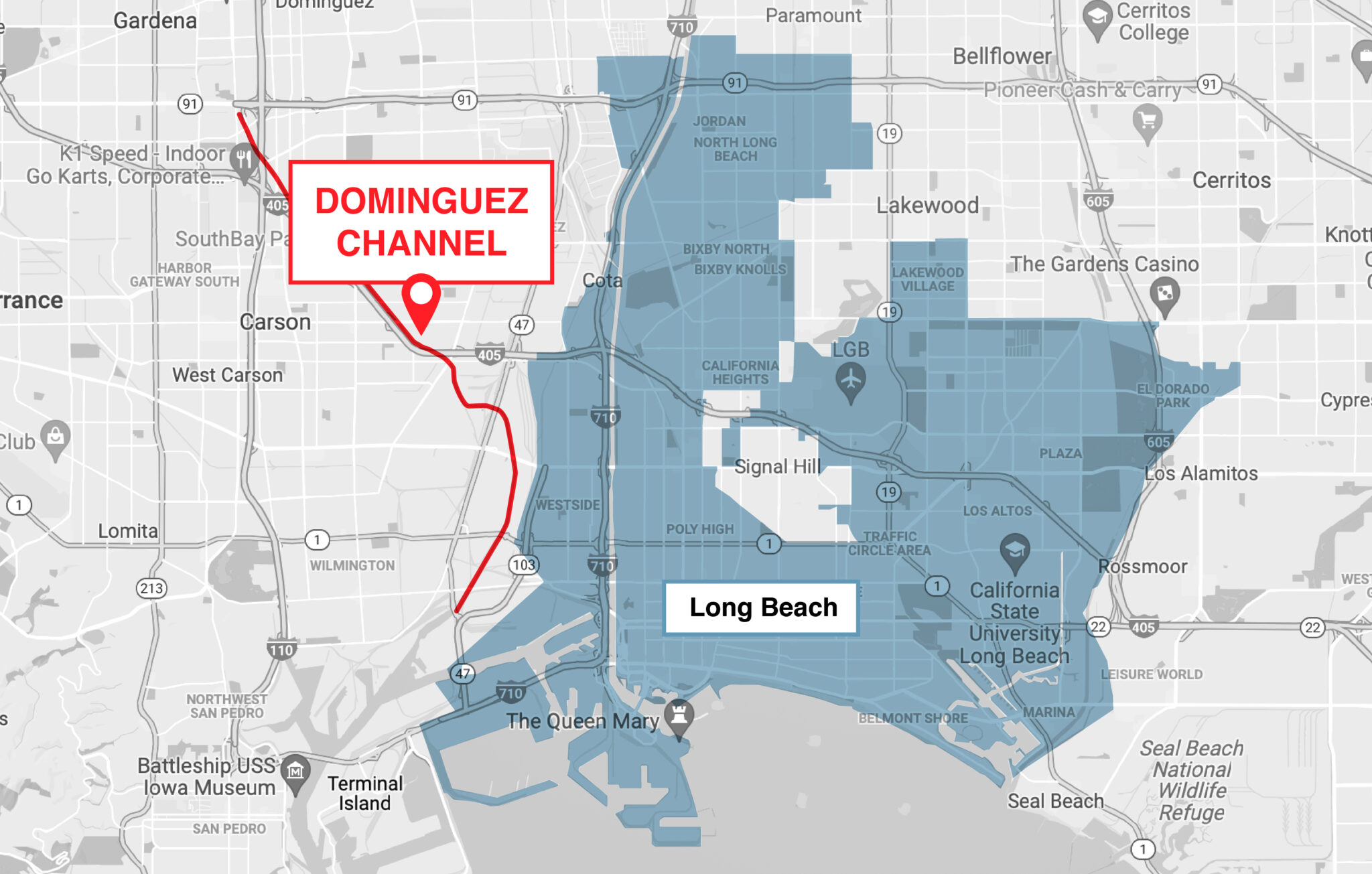 Davis-Holmes issued an update Friday afternoon saying that investigators from Los Angeles County and the South Coast Air Quality Management District found a pipeline leaking hydrogen sulfide near the Avalon exit of the 405 Freeway. However, the South Coast AQMD had not confirmed any leaking pipe or source. 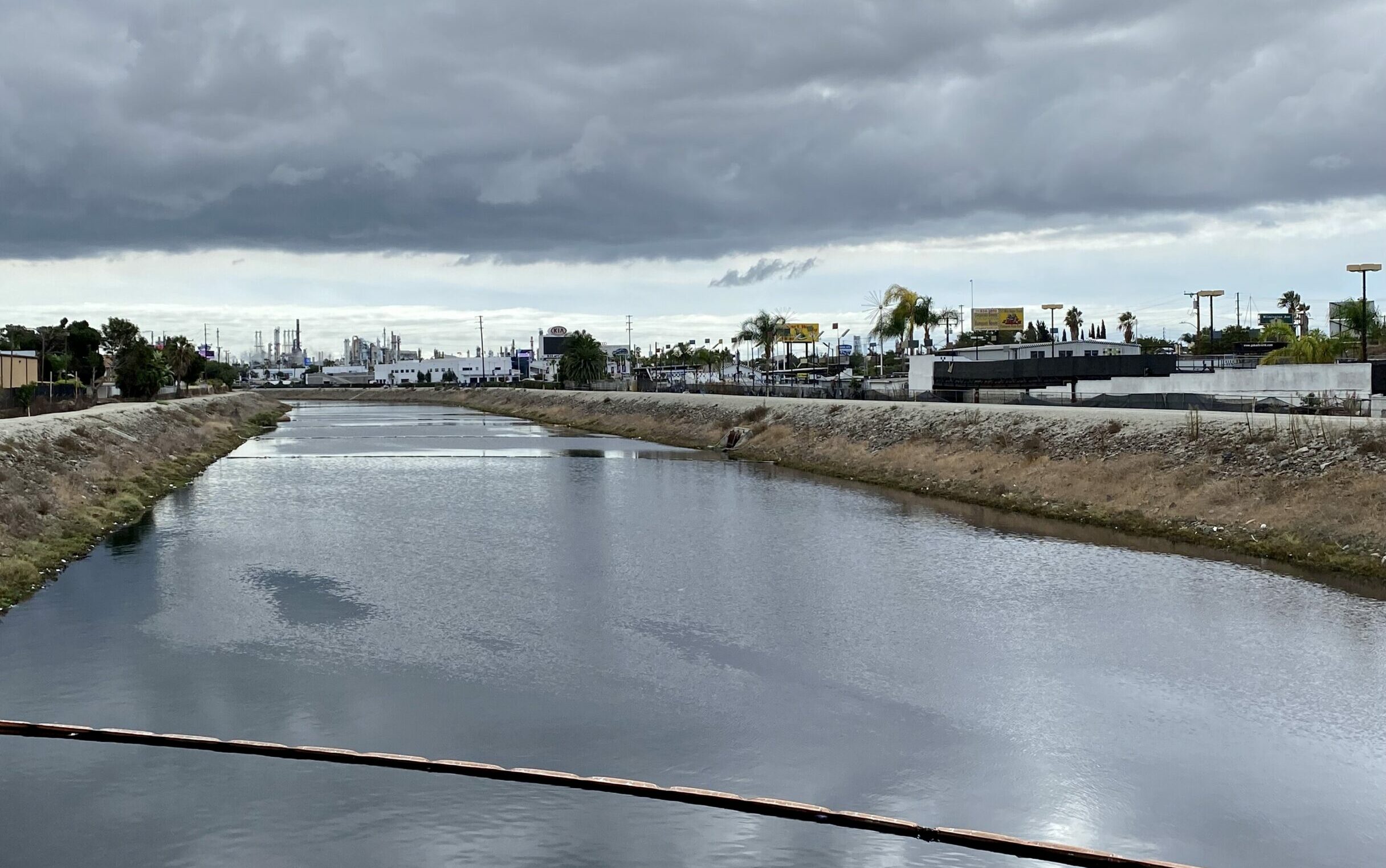 Air monitoring has revealed “very low levels of hydrogen sulfide” from a foul odor that has been reported for days near the Dominguez Channel in the Carson and West Long Beach area, Los Angeles County health officials announced. The odor came from an organic material drying out after being left on the channel banks during low tide, a statement issued Saturday said.

Carson Mayor Lula Davis-Holmes said that the leaking-pipeline theory “has been ruled out,” saying investigators again were focusing on “organic waste material drying out after being exposed during low tide.” 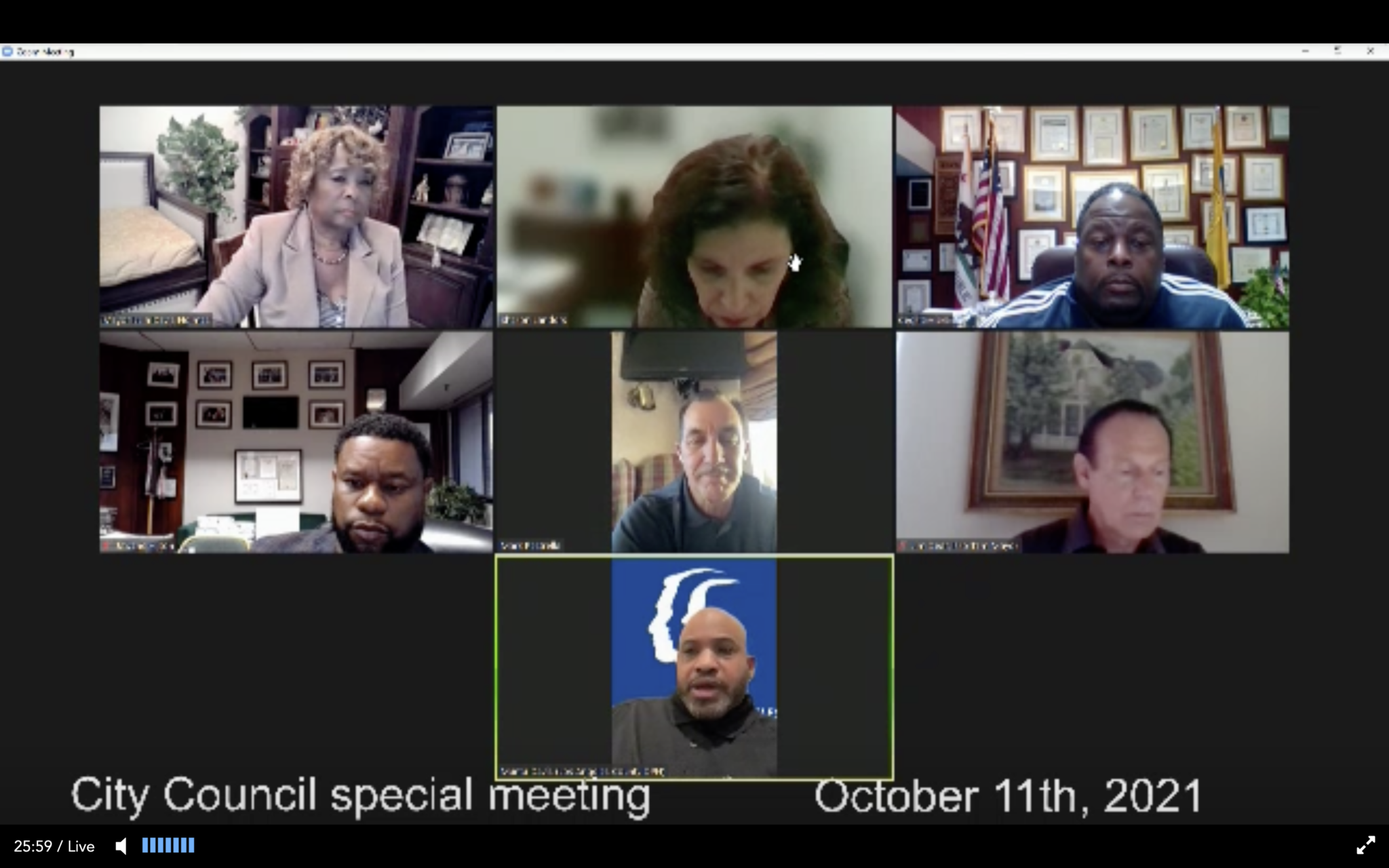 The Carson City Council held a special meeting to vote on a resolution that declared the foul odor that has been plaguing residents near the Dominguez Channel a “public nuisance.” That same night, the county joined the meeting, took responsibility for the incident, and announced they would launch an online portal that would offer temporary relocation and air filter equipment reimbursements to affected residents the next morning. 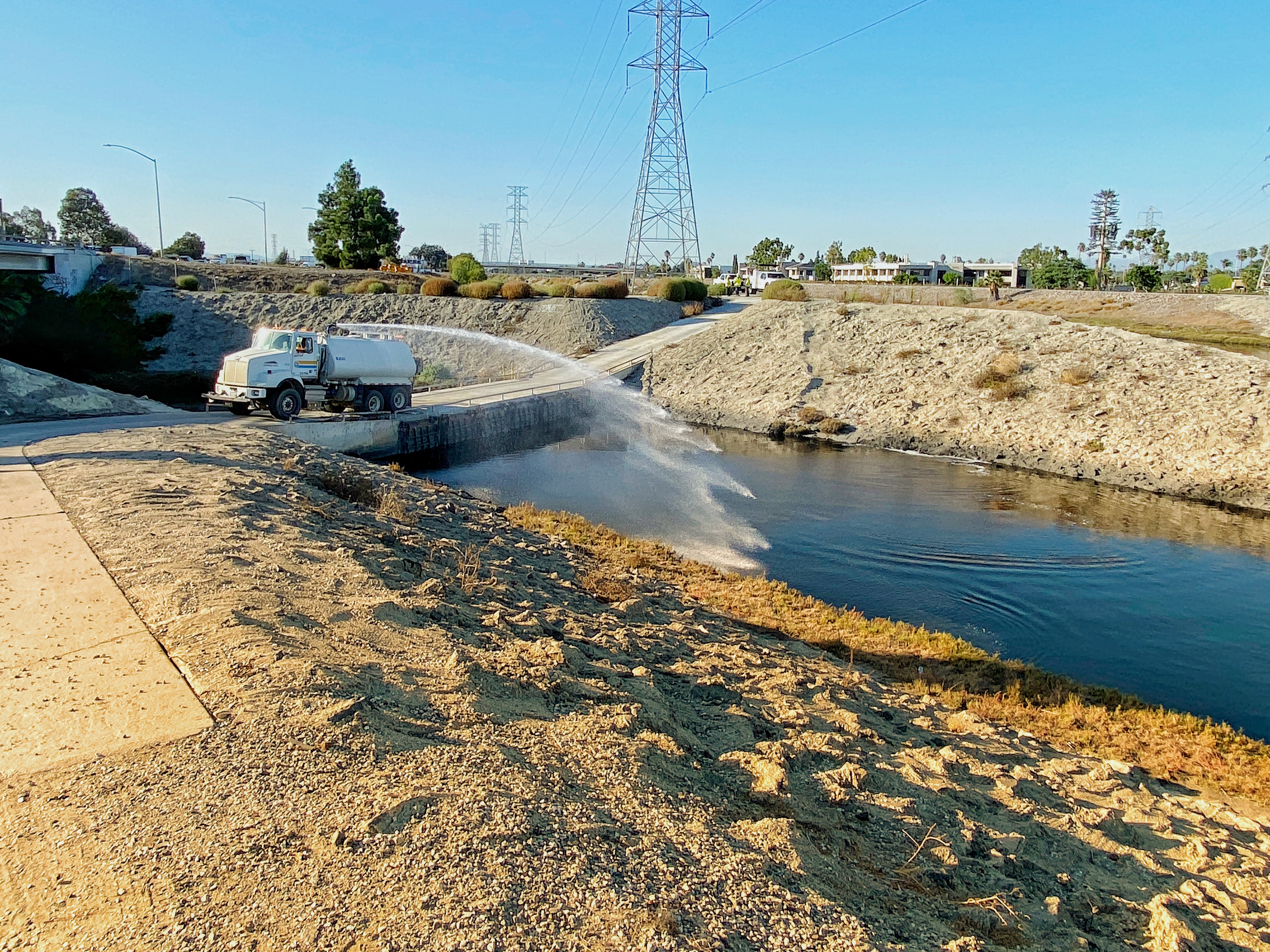 Mark Pestrella, the director of the county’s Department of Public Works, said during a special meeting of the Carson City Council the night before that his department will begin spraying a citrusy, biodegradable organic matter, Epoleon, on top of the water. The spray, he said, has been used to treat sewage water, according to his research. 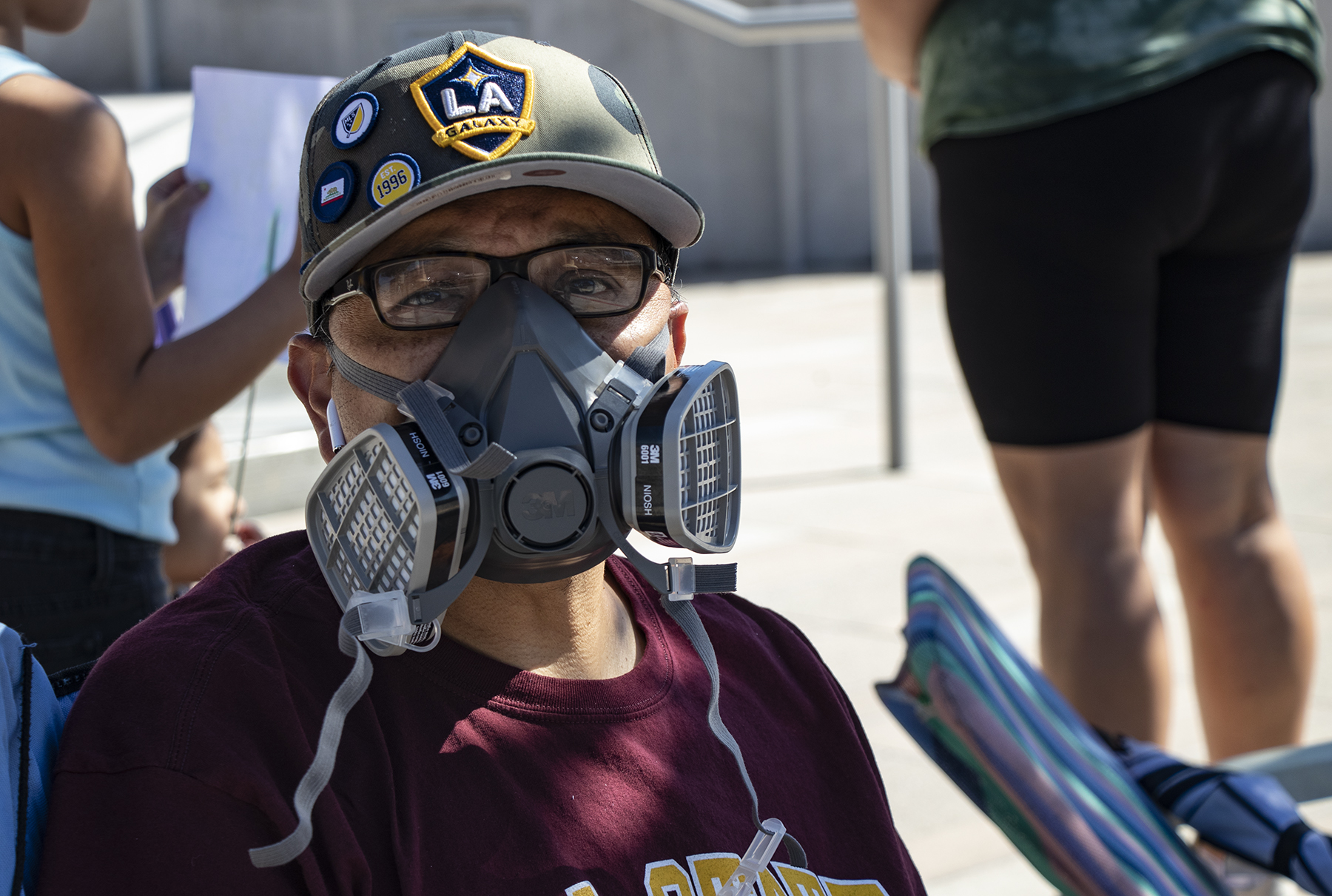 Long Beach officials announced Thursday that they intend to ask for federal and state assistance with the impacts of the foul odor from the Dominguez Channel that’s been plaguing residents in the city of Carson and surrounding areas, including Long Beach. The next day, Long Beach City Manager Thomas Modica submitted a memorandum requesting state agencies for help on the Dominguez Channel matter. 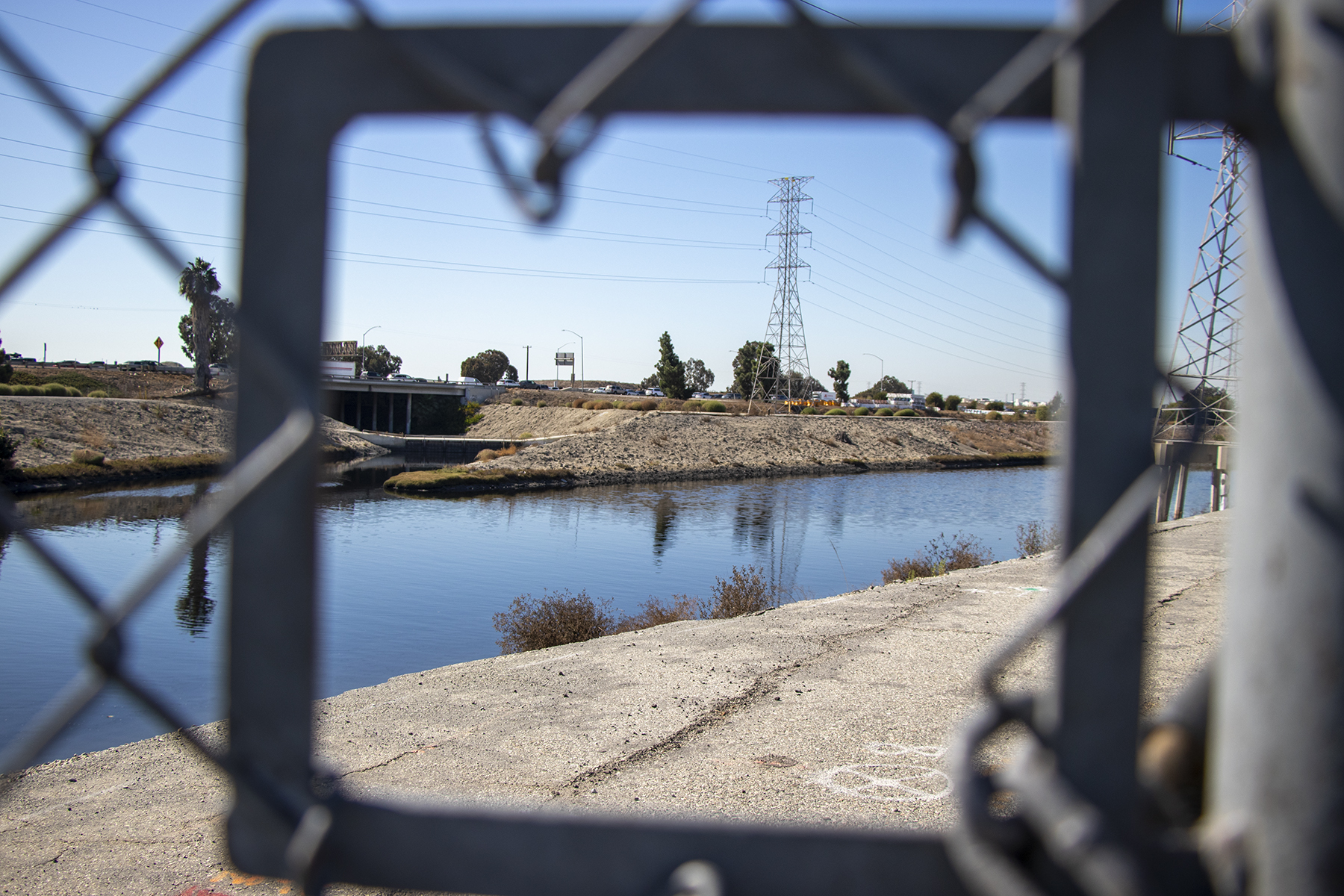 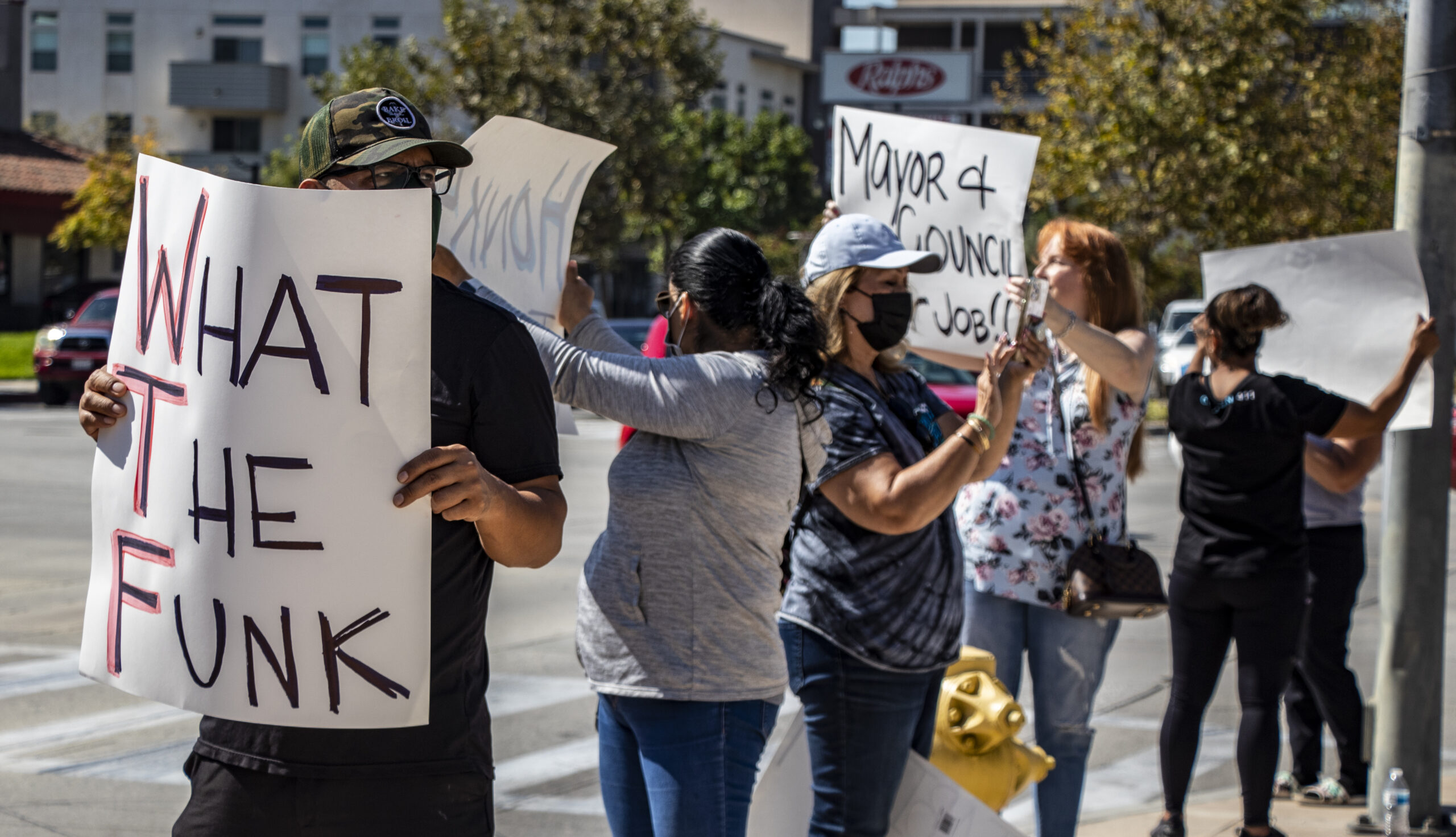 County supervisors vote to expedite help related to Dominguez Channel stench. Los Angeles County Board of Supervisors Holly Mitchell and Janice Hahn co-authored a motion calling on the Los Angeles County Department of Public Works and county CEO to do what it takes to get relief to residents quickly, including directly distributing HEPA air filters and filtration units, handing out hotel vouchers, reimbursing cities for supplies, and hiring a third party to administer relief supplies and reimbursement. 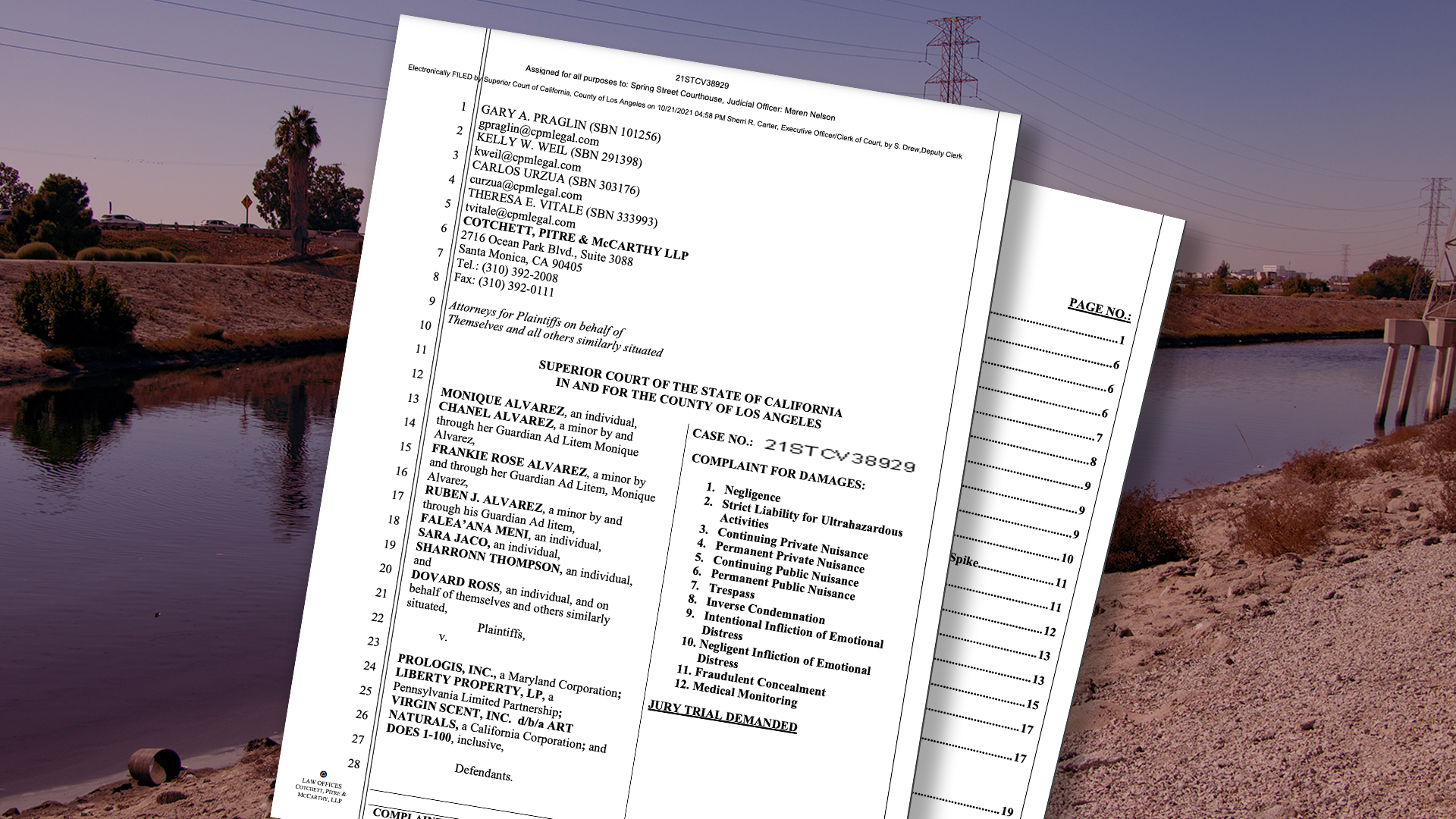 Eight Carson residents filed a lawsuit alleging negligence from a warehousing and beauty supply company they allege helped bring about the intense foul odor that’s been coming from the Dominguez Channel. 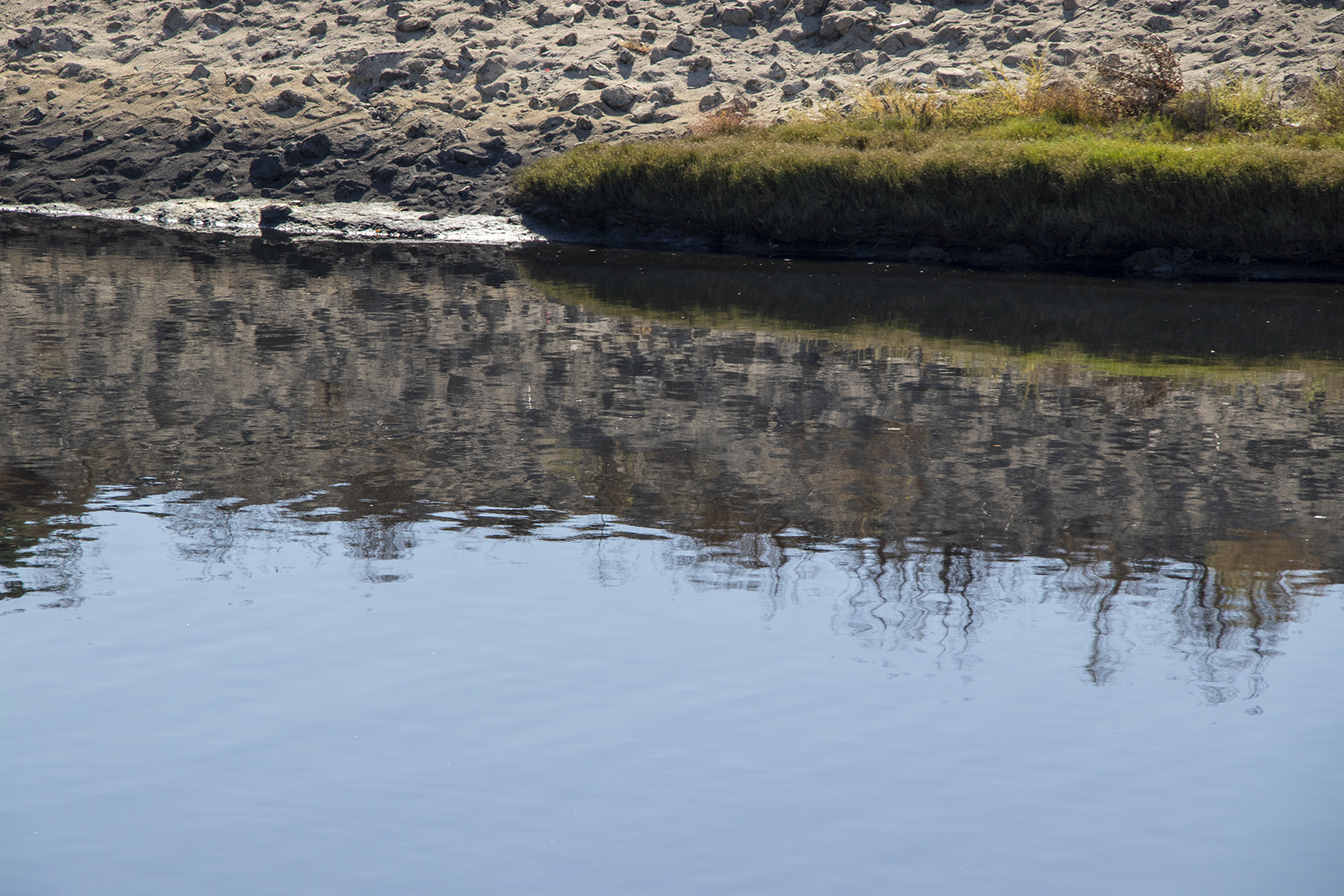 As residents of the Carson area continue to endure a noxious smell coming from decaying organic material in the Dominguez Channel, the city declared a local emergency and urged Los Angeles County, the state and the White House to issue similar proclamations.

The city of Carson approved filing a lawsuit against Los Angeles County over what city officials say is the county’s slow response to the foul odor that’s been emanating from the Dominguez Channel for the past month, disrupting the lives of thousands of residents who live near the channel.

Another lawsuit against a local refinery on Nov. 4 by a Carson family was filed, alleging that Marathon Petroleum Corporation was to blame as the source of the higher hydrogen sulfide levels despite the county saying the source of the stench is decaying vegetation, the Daily Breeze reported. 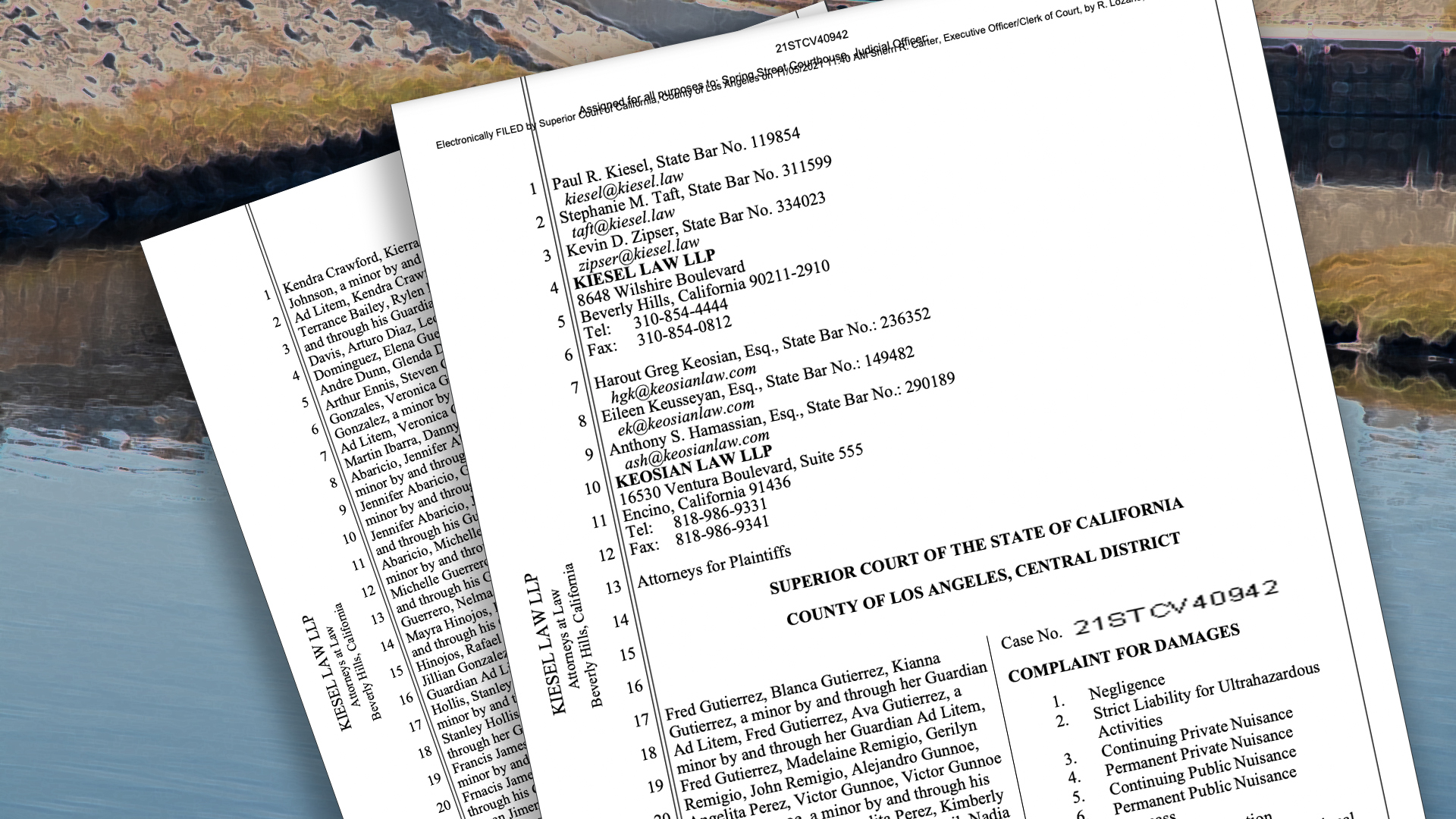 Three companies are facing a new lawsuit alleging that they contributed to the source of a foul odor that’s been plaguing thousands of residents near the Dominguez Channel for the last month. The lawsuit, filed in Los Angeles County Superior Court on Nov. 5, lists 360 plaintiffs, all of which are residents who live near the channel and have suffered from the odor. 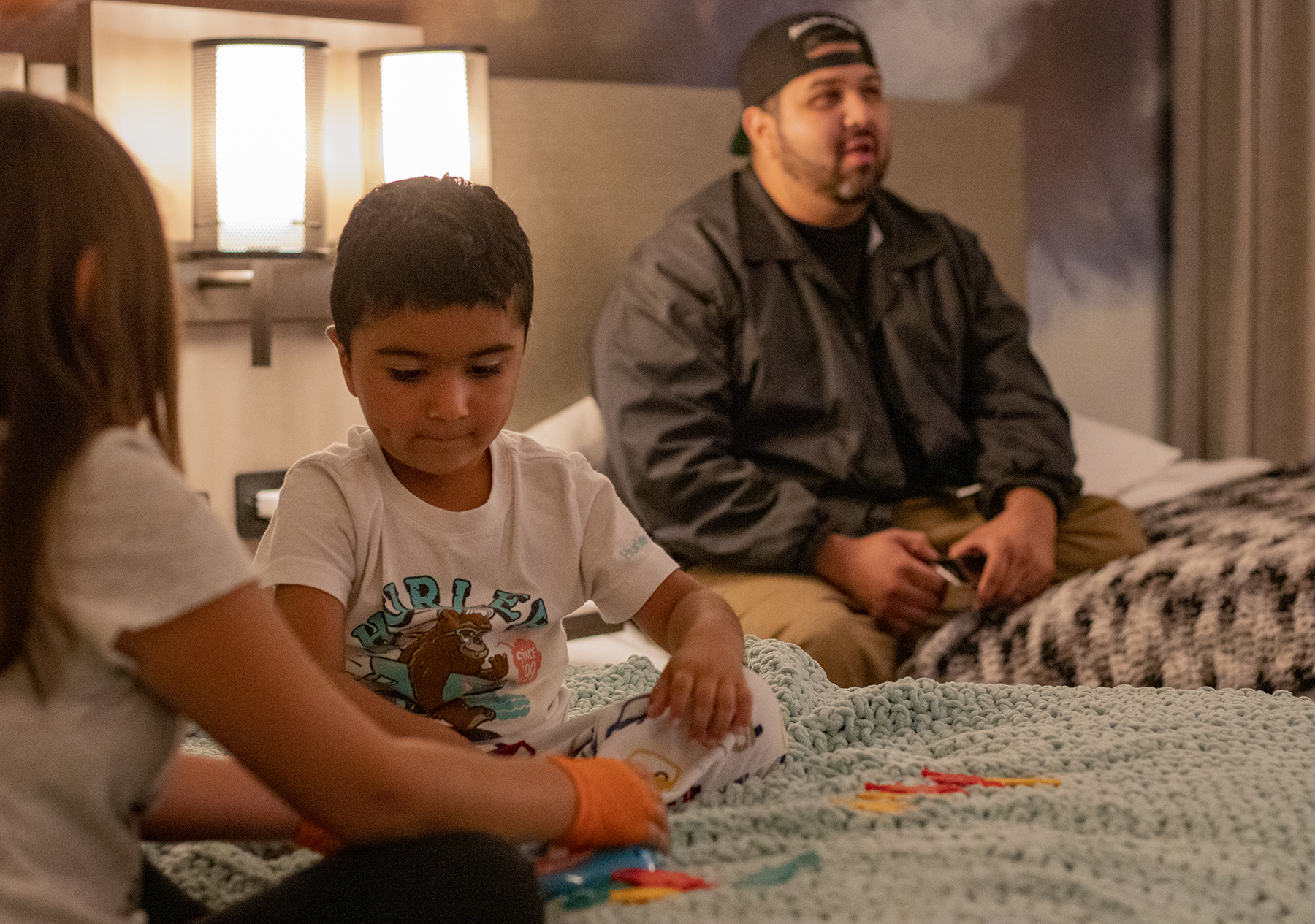 The thousands of residents who have been temporarily relocated into hotels to escape the foul-smelling hydrogen sulfide gas coming from the Dominguez Channel should prepare to return home as gas levels continue to drop, officials announced in a county town hall. Some residents, however, said they’re still experiencing ill health from the gas and are not ready to return home. 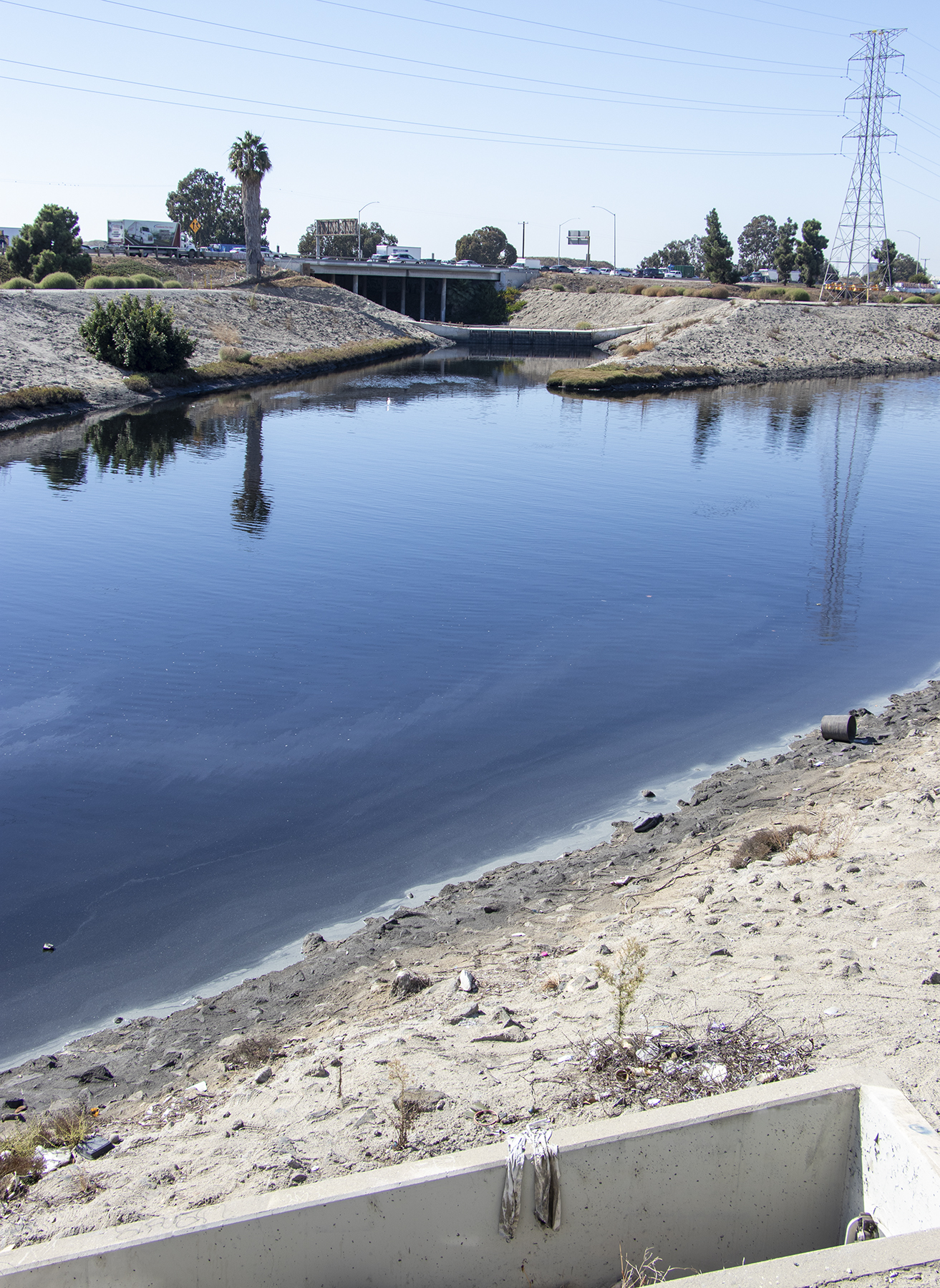 Los Angeles County says air quality has significantly improved in the Dominguez Channel area in recent weeks and it plans to end its assistance program for residents who were temporarily relocated due to foul-smelling hydrogen sulfide gas by Nov. 26.

The South Coast Air Quality Management District issued notices of violation on Thursday to Los Angeles County and the four companies linked to the warehouse. The agency concluded that chemicals sourced from a warehouse property passed through the sewer system into the local flood control waterway after the Sept. 30 fire.