Matt Edwall was sitting outside American Vintage Barbershop in Belmont Shore Wednesday morning when a white sedan suddenly came crashing through the front of the business, injuring multiple people inside.

Within seconds of realizing what happened, witnesses sprang into action and freed a woman who was trapped between the car and the wall, said Edwall, a long-time employee at the barbershop.

Meanwhile, Edwall called the police, who responded to the crash at around 10:21 a.m. in the 200 block of Covina Avenue, just off Second Street. Officers found three people inside the barbershop suffering from minor injuries, according to the Long Beach Police Department. But the three victims refused medical treatment, the LBPD said.

The driver, who police say was operating the vehicle in the parking lot next door before crashing into the building, also suffered minor injuries and refused medical treatment. There were no signs of impairment, authorities said.

Edwall added that the driver was not speeding before inexplicably crashing into the business.

“All that matters is that people get to walk away from it,” said Edwall, who expects the business to be up and running again in the next few days. “You know? It could have been way worse.”

A small portion in the 200 block of Covina Avenue was closed off for two hours as first responders worked to clear the scene.

Police say the investigation into the cause of the crash is ongoing. 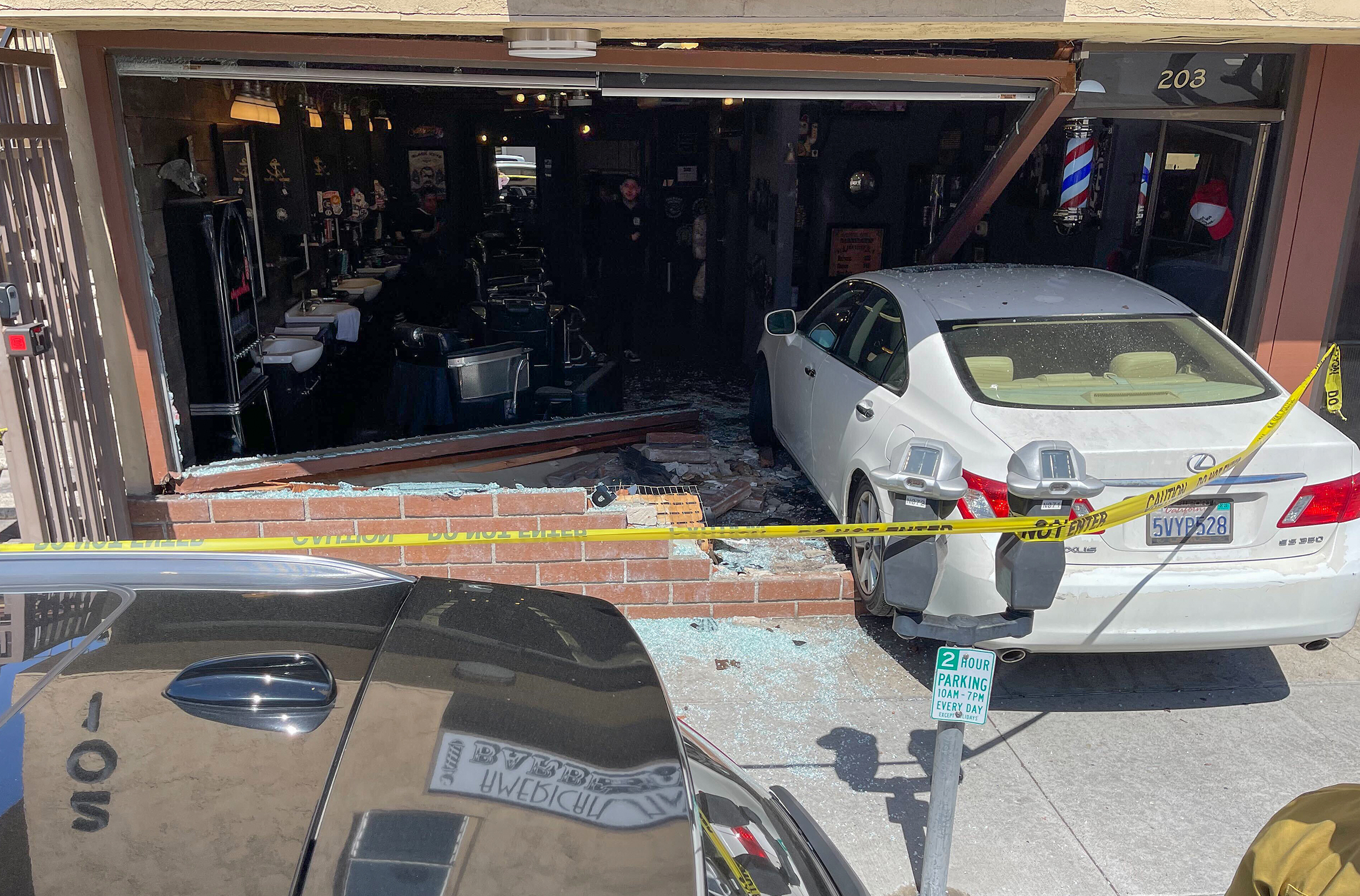 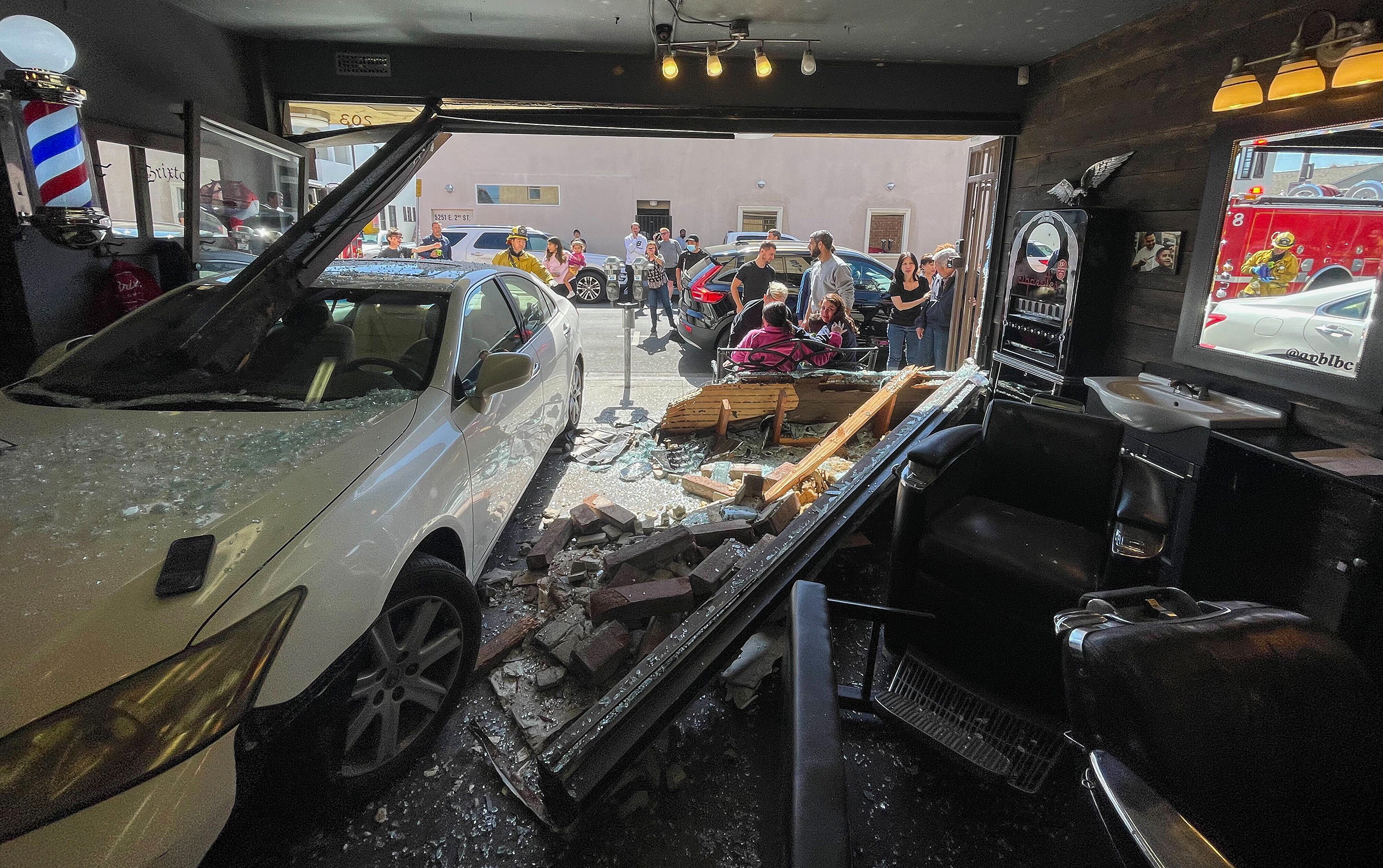 Employees of American Vintage Barber Shop and others gather outside the storefront after a car drove into the building Wednesday, April 13, 2022. Photo by Matt Edwall.