A Long Beach school safety officer who shot a teenager in the head last week previously served short stints as a police officer for at least two different agencies before he joined the Long Beach Unified School District this year, records show.

Eddie F. Gonzalez served just a few months each as a police officer in the cities of Los Alamitos and Sierra Madre before coming to work for the school district—an odd career trajectory, according to former and current law-enforcement officials, but one that didn’t disqualify him from the job, according to the LBUSD.

Now, however, his job history is under new scrutiny following the afternoon of Sept. 27 when Gonzalez shot into in a fleeing car near Millikan High School in East Long Beach, according to police, hitting 18-year-old Mona Rodriguez as she was sitting in the front passenger seat. 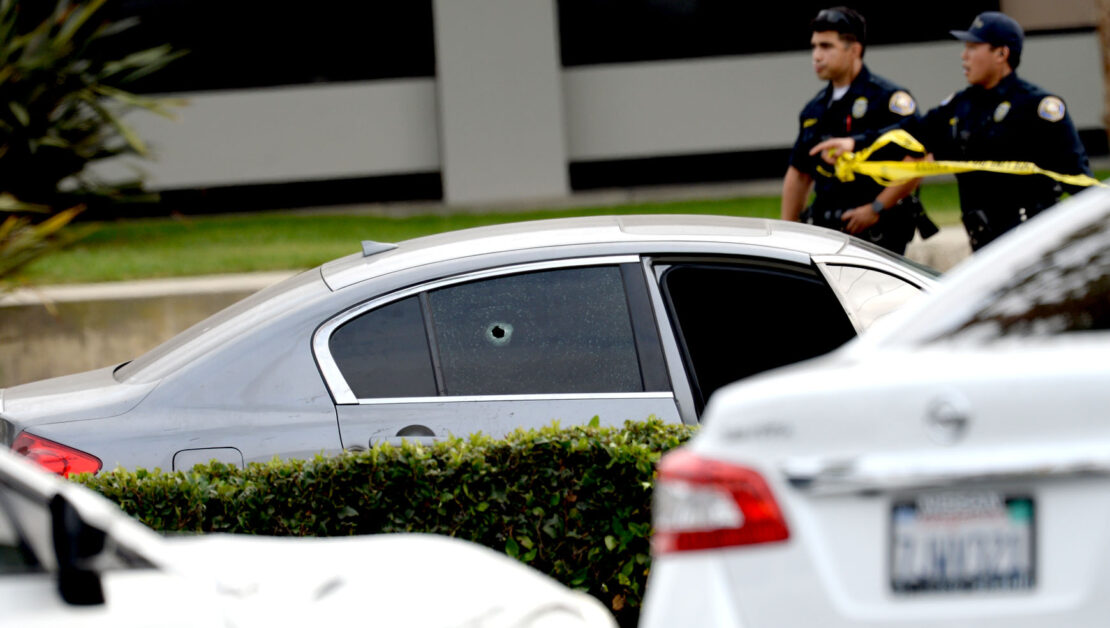 Rodriguez has remained on life support at Long Beach Memorial Medical Center as her family has repeatedly called for officials to charge Gonzalez with a crime. He’s on leave from his position as Long Beach police and the Los Angeles County District Attorney’s office investigate.

In a news conference outside of the District Attorney’s office Tuesday, Rodriguez’s family said the young mother, who has a 5-month-old son, will be taken off life support Tuesday as doctors begin to remove her organs. She is expected to donate organs to eight families, including someone from the Rodriguez family who needs a liver transplant.

“I’m happy that she’s going to give other families a chance that we didn’t have,” Oscar Rodriguez said. 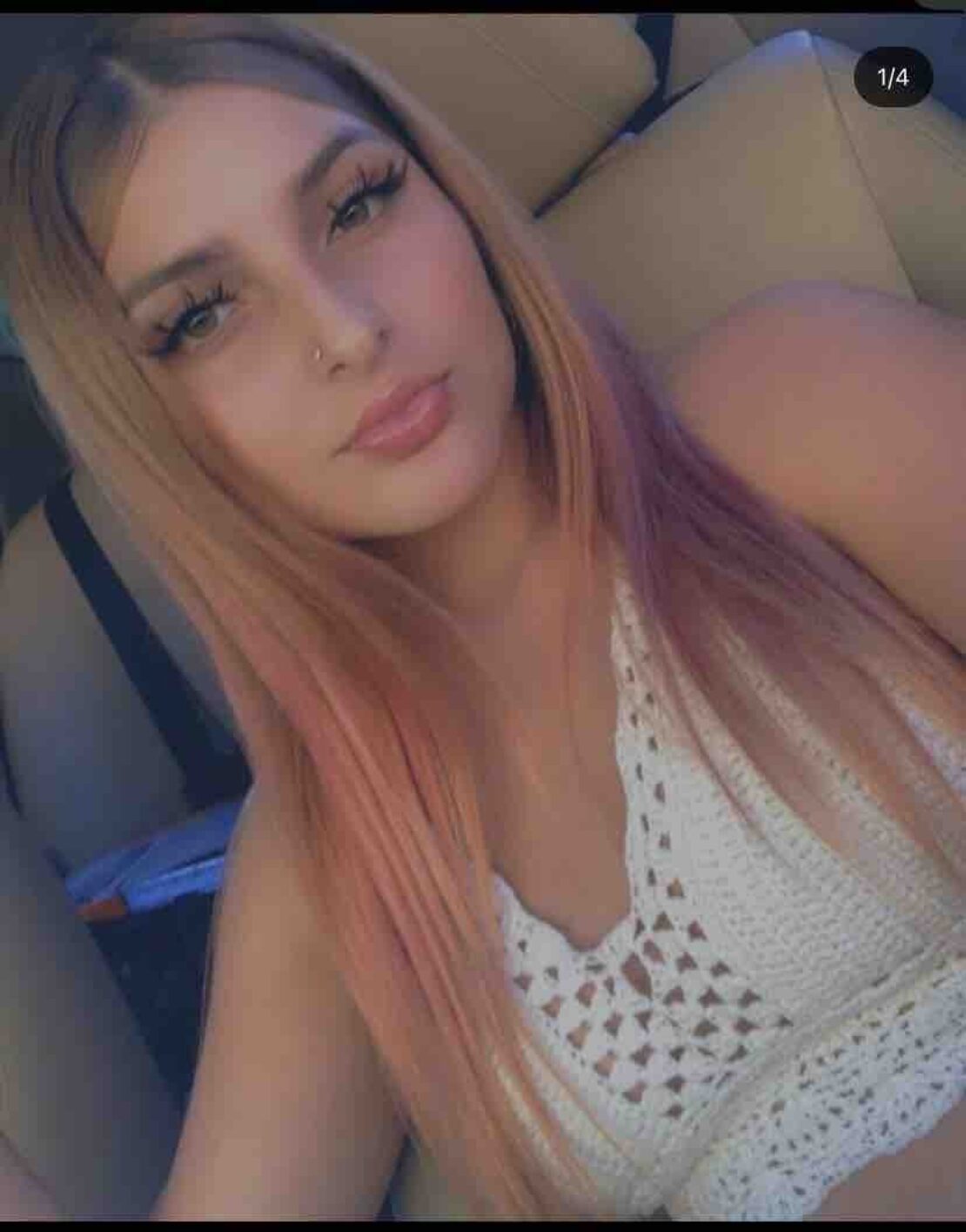 Employed by the Long Beach Unified School District, school safety officers are not full-fledged peace officers like those employed by police departments, but they do carry guns. Unlike police officers, they do not investigate crimes or arrest people.

Gonzalez, however, was working as a peace officer for a short time before being hired by the district on Jan. 10, 2021. He could not be reached for comment Tuesday, but records show he briefly worked as a sworn police officer for the cities of Los Alamitos and Sierra Madre starting in 2019, before he joined Long Beach Unified.

The city of Los Alamitos confirmed he worked there from Jan. 8, 2019, to April 8, 2019. A Feb. 2019 City Council meeting shows Gonzalez being introduced as a new police officer. During the introduction, Los Alamitos Police Chief Eric Nuñez read a brief biography for Gonzalez, noting that he was born in Los Angeles and had served in the U.S. Marine Corps. The chief said Gonzalez, whose uncle was a retired Los Angeles Police officer, worked for Time Warner Cable for 24 years as an abuse coordinator investigator until he was laid off.

In 2015, Gonzalez graduated from the Orange County Sheriff Department’s regional training academy as a reserve deputy and was 2018 reserve deputy of year, the chief said. He noted that Orange County’s undersheriff attended Gonzalez’s earlier swearing-in ceremony as a friend and mentor to the new officer.

It is unclear why Gonzalez was only employed with Los Alamitos for four months. A city representative said any information pertaining to his personnel files is confidential. Nuñez did not return a phone call from the Post.

Months later, in September 2019, Gonzalez took a new job as a police officer with the city of Sierra Madre in Los Angeles County, but his employment ended in July of 2020, according to information from his now-deleted LinkedIn.

A city representative declined to confirm Gonzalez’s employment with the city, stating that a former employee must first sign a waiver to allow the release of that information. A post on the Sierra Madre Police Department’s Facebook page on Sept. 19, 2019, shows Gonzalez being sworn in by a lieutenant.

Long Beach Unified School District spokesman Chris Eftychiou in an email said the school district was aware of Gonzalez’s previous employment and that the agencies were contacted during the hiring process.

“Nothing in those checks was disqualifying,” he said.

Eftychiou said the school district follows the guidelines set by the California Commission on Peace Officer Standards and Training (POST) for all of its officers.

“Any past employment would be vetted before hiring,” he said.

The shooting of Rodriguez has drawn sharp criticism from civil rights groups and some police use-of-force experts, who say Gonzalez’s actions were against standard training for police officers. In addition, the school district’s policy governing when its safety officers are allowed to use deadly force explicitly bars them from firing at moving vehicles or fleeing suspects.

That afternoon, police said Gonzalez had attempted to break up a fight between Rodriguez, who was not a student, and a 15-year-old girl near campus when Rodriguez fled with her boyfriend—20-year-old Rafeul Chowdhury—and his 16-year-old brother, who were also allegedly involved in the fight.

Gonzalez fired as the trio tried to flee the scene in a gray sedan, officials said.

In videos posted on social media, the school safety officer can be seen standing by the car’s passenger-side front window when it lurches forward and turns closer to him as it speeds past. As the car pulls away, there appears to be the sound of gunshots.

Timothy Williams, a police use-of-force expert and retired detective supervisor with the Los Angeles Police Department, said he has many concerns after watching the video.

Williams, who has nearly 30 years of experience, said from his viewpoint it doesn’t appear that Gonzalez’s life was in danger when he fired at the moving vehicle.

Gonzalez could argue that he feared for his life because the car was moving, but he appears in the video to be standing too close to the vehicle, which typically is against policy, Williams said.

“He shouldn’t have been that close to the car since there was no threat,” he said. “He should not have shot at a moving vehicle. Everything was wrong.”

Williams said he also has concerns about Gonzalez’s short employment stints as a police officer. While he’s seen cases of officers with checkered backgrounds moving from large departments to smaller police agencies, he said it’s rare for a newly sworn police officer to leave a department and later become a school safety officer.

“It just seems like a bunch of red flags,” he said.