In the nearly 18 months since elected leaders passed a sweeping plan to address racial injustice, Long Beach has made some tangible progress on a host of ambitious goals but left others to languish as key employees question the city’s commitment to the project, according to a new report.

The 136-page progress report on the Racial Equity and Reconciliation Initiative, which was released last week by the City Manager’s office, makes clear that while there have been some small successes, major challenges remain, including racism within the city itself that has exhausted many staffers tasked with making the initiative a reality, leaving them “experiencing burnout and feeling unsupported.”

Others at the city noted there “has not yet been a coordinated internal focus” on the racial discrimination experiences of city staff, leading them to wonder if the initiative itself is just “performative and inauthentic,” according to the report.

Teresa Chandler, a deputy city manager who oversees the city’s Office of Equity, said the employees tasked with making the initiative happen “have a lot on their plates,” but said they remain committed to changing the city’s culture.

“Identifying barriers and challenges is how we grow,” said Chandler. “We’re finding ways to make sure they’re supported.”

Councilman Rex Richardson, one of the architects of the initiative, said the work done so far has not just been for show, saying the report revealed a “tremendous level of progress” on efforts to distribute pandemic recovery resources, reshape land-use policy and introduce non-violent crisis response measures, among others. 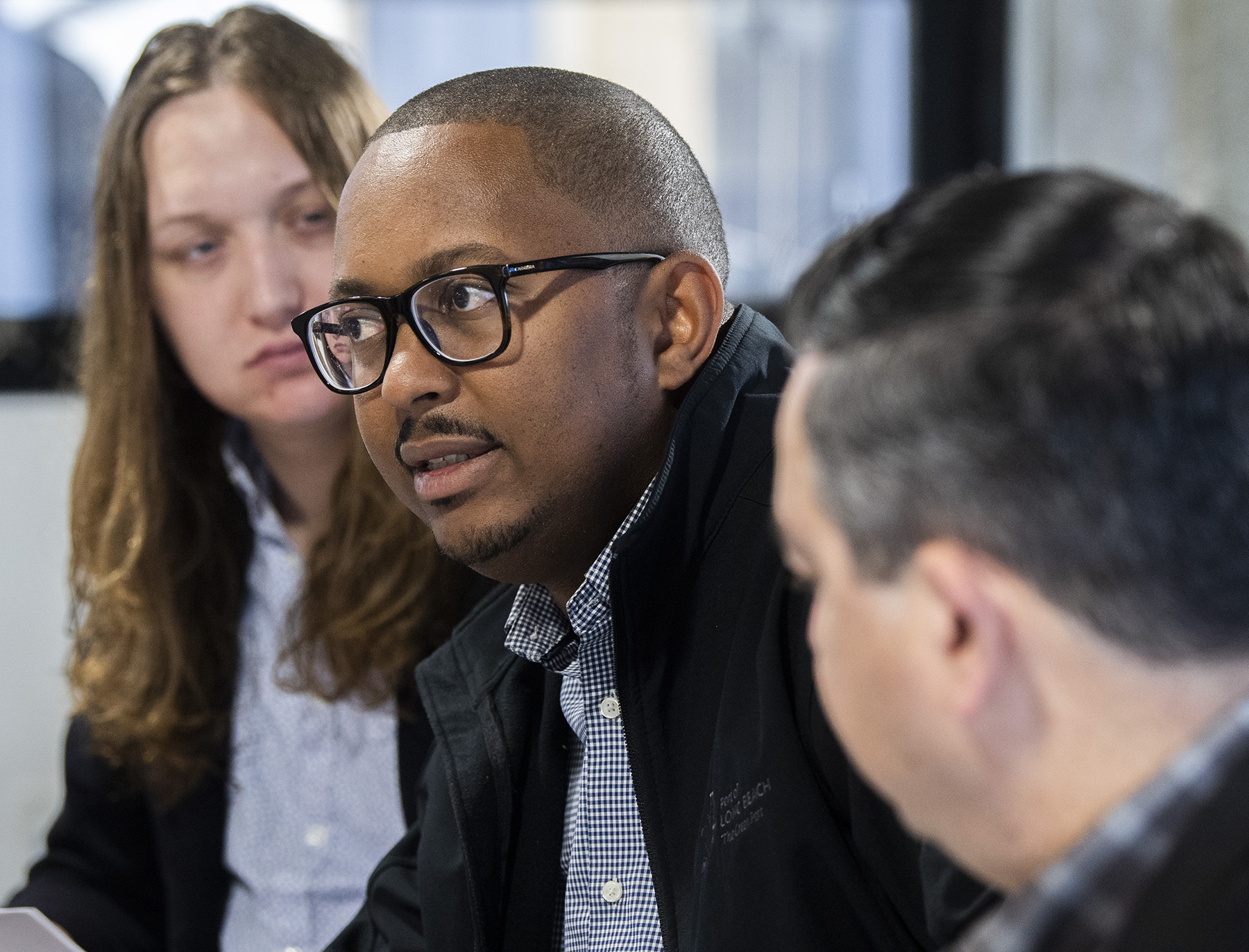 But in other critical areas dealing with the police department, like reviewing internal affairs practices and increasing transparency around police militarization, the city hasn’t even begun work, according to the report.

That’s why Jerlene Tatum, a resident and activist who attended most of the meetings and listening sessions that led to the reconciliation plan, said she was dismayed with the report. She said that though the entire process began as a response to the 2020 murder of George Floyd by a Minneapolis police officer, she couldn’t find real change coming from the police department within the report.

The initiative, passed unanimously by the City Council in the summer of 2020, includes more than 100 action plans meant to reform laws and policies that lead to racist outcomes in matters such as housing, policing, freeway placement and air quality that date back generations. This is most visible when looking at disparities in life expectancy across Long Beach, which ranges from a little over 72 years for those living in the historically Black and Latino neighborhoods of North and West Long Beach compared to more than 80 years for the Whiter neighborhoods in East Long Beach, according to the city’s Office of Equity.

Richardson said Long Beach is leading the way on remaking city culture and pointed to similar efforts being made at the city of Los Angeles, LA County and other counties in Southern California that began after Long Beach passed its initiative. “Long Beach was the tip of the spear,” he said.

At the time of the initiative’s passage, Richardson said it showed that “Long Beach is committed to ensuring that every member of our community, no matter your race or ZIP code, can live, work, learn and thrive in a healthy and safe community.” When asked why major items in the agenda are either unfinished or not even started, Richardson said cultural change on this magnitude “takes time.”

Since the summer of 2020, the city has taken a number of steps to implement the initiative, including slightly increasing the size of the Office of Equity, designating “Racial Equity Champions” to help implement initiative goals in each city department and mandating racial equity training for all 6,000 city employees, according to the report.

Just under 1,000 city employees have so far completed that training, according to the report.

The 22 action plans the city says it has completed include one-time special session presentations made to the City Council, appropriating CARES Act pandemic recovery funds, moving the Office of Equity to the City Manager’s office, taking equity issues into account when doing procurement at the Harbor Department and forming a Multicultural Advisory Commission at the City Prosecutor’s office.

The vast majority of action plans in the initiative still require work, according to the report.

This includes reviewing the names of public parks and buildings, expanding language access at public meetings, proactively reaching out to people of color who have traditionally encountered barriers when seeking city employment, and strengthening the funding and resources of local community-based violence prevention programs.

Progress on these matters has varied, often considerably. As late as November 2021, a Spanish translator at a redistricting meeting was replaced during the meeting after residents complained about the translator’s skills.

The report also cites work on a variety of programs, some existing before the initiative was passed, as progress on bringing about a more equitable city. This includes the city’s Mental Health Crisis Response program; Black Health Equity Collaborative and Mi Vida Cuenta programs, which address the health disparities facing the Black and Latinx communities; Uptown Planning Land Use and Neighborhood Strategy, which restructures land-use policy in North Long Beach; and the Long Beach Emergency Rental Assistance Program.

The city’s designating of various employees as “Racial Equity Champions” to act as liaisons between the Office of Equity and their respective departments is also highlighted as a significant success, but the report also notes that at least some of these individuals are being overworked to the point of burnout and disillusionment.

“Some Racial Equity Champions have expressed doubt regarding leadership’s commitment to enact the same level of transformative change needed to advance racial equity,” states the report.

The report notes that some staff have said internal racial problems at the city itself are hampering efforts to implement the initiative. The report said that in 2020, staff of color described “experiencing microaggressions in the workplace, lack of opportunities for mentorship, barriers to promotion, parity in pay, and little to no professional development, which they felt was largely attributed to their race.”

The report also notes that, because of this, some staff members “feel as though the City’s racial equity efforts are performative and inauthentic.”

In May 2021, the city agreed to pay $701,000 to settle a lawsuit alleging that a former high-level employee tasked with managing the fairness of the city’s hiring processes was herself discriminating against Black staffers. Then in June 2021, five current and former city employees filed a class-action lawsuit against the city alleging multiple violations of anti-discrimination laws and systemic anti-Black racism. That case is still pending.

Still, Richardson says the report showed the city was changing for the better.

“What we’re talking about is culture change,” said Richardson. “That takes time. I’m glad the report isn’t glossing over this.”

Work on six of the initiative’s action plans hasn’t yet begun, according to the report. One of them, increasing transparency on the use of militarized police equipment, was not addressed by the City Council in early December 2021 when it approved the purchase of a new Bearcat armored tactical vehicle to replace an older model used by the LBPD.

The purchase, which appeared on the council’s consent calendar, was approved without comment, though any councilmember could have pulled the item for further discussion.

Richardson wouldn’t comment on this directly, except to say, “when I see 90% of this being done in a year, that’s pretty significant.”

April Parker of the Black Health Equity Collaborative, who has taken an active interest in the city’s racial equity efforts, said she wasn’t surprised about the problems outlined by city staffers in the report, but couldn’t comment further because she said she only received a copy of the new report on Monday and hadn’t yet had time to finish reading through it.

She thought the city could have done a better job of asking community organizations like hers for comment on the report, she said. “We want to be part of changing the landscape.”

The City Council is scheduled to discuss the report at its Feb. 1 meeting.