Thirsty Isle, a bar that survived prohibition in the 1920s and the loss of some of its best customers after the closure of the C-17 plant in 2015, is struggling to survive the coronavirus pandemic—which has become an existential threat to restaurants, retailers and other industries across the city.

James “Jimmy” DeBois, who owns Thirsty Isle, one of Long Beach’s oldest bars, has resorted to selling off pieces of the historic Lakewood Village tavern, from neon lights to beer mirrors in an effort to pay his monthly $5,000 rent.

When his bar closed in March due to pandemic restrictions, DeBois, 59, began digging into his personal savings and retirement to pay the rent. When local authorities allowed for reopening, DeBois bought beer and food expecting business to return to normal. But, he said, they only he operated for 10 days in June before closing again at the end of that same month.

Like many other businesses in this industry, his finances were ravaged by the restrictions caused by the coronavirus. He owns another bar, The Annex by the Traffic Circle, and recently sold off a third bar, Brien O’Connors, in Lakewood. 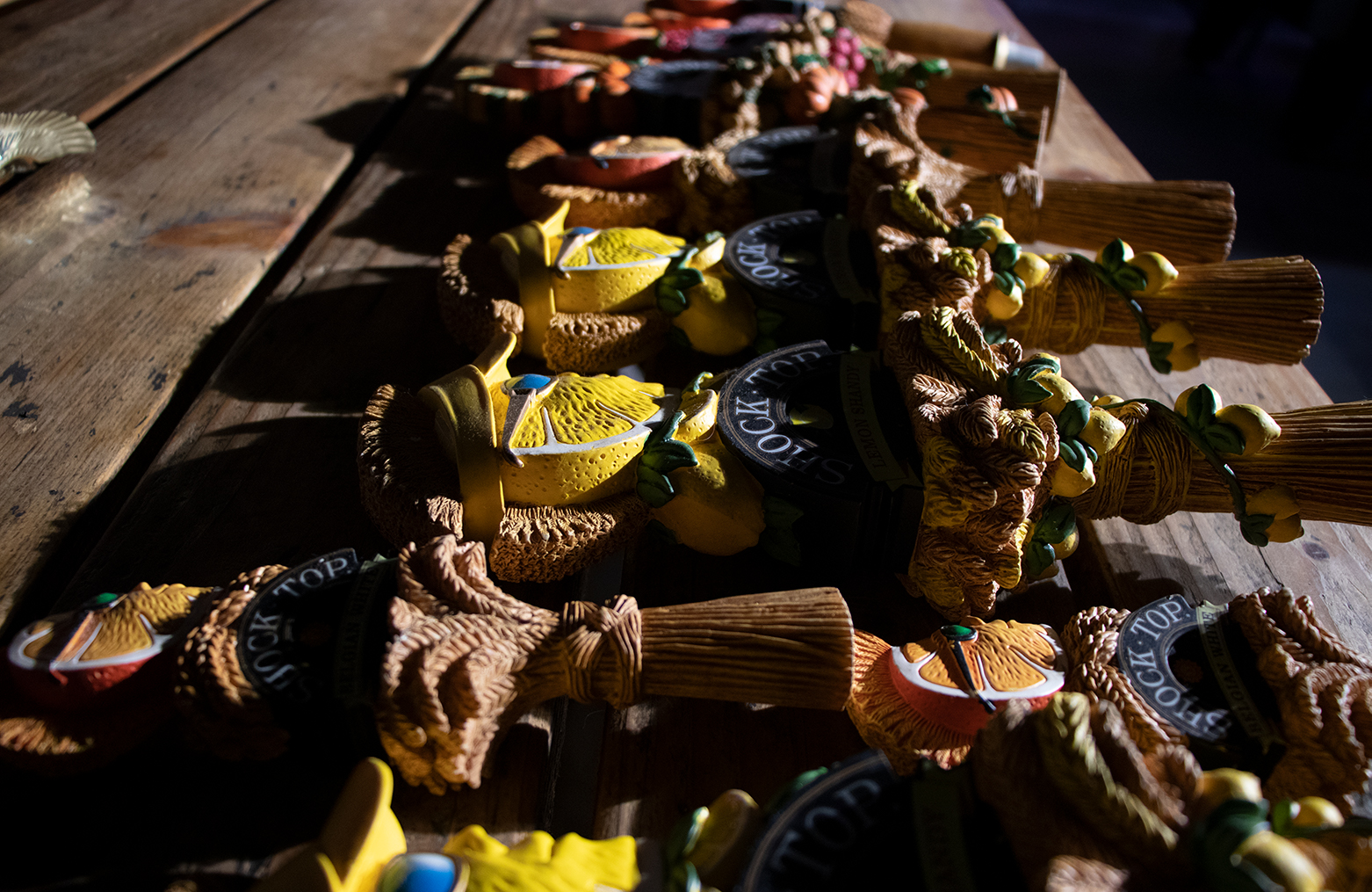 Since March, DeBois said he has spent about $100,000 in rent for the three bars and has lost about $20,000 worth of product, including over 30 kegs of beer. He estimates his total losses, including sales, at about $1 million.

“I spent a lot out of my pocket thinking this was only gonna be around for a few months,” he said about the pandemic.

“Every bar in town is probably in the same position,” he said.

All of DeBois’ employees at Thirsty Isle, about 15 of them, are gone. Some moved away to live with family because they couldn’t afford rent in Long Beach.

During the brief time the bar reopened in June, she only worked four days, which disqualified her from receiving unemployment benefits, she said. She also owns a cosmetic tattooing business in Seal Beach, which demanded more costs, she said.

With no more work, Hedesa couldn’t afford to pay her monthly rent of $1,550 for a one-bedroom apartment near the Traffic Circle. So, she depleted her savings and bought a tiny house, which is currently parked outside a relative’s home in Riverside. She said she’s currently waitlisted to move into a mobile home park there.

“If I didn’t have that, I’d probably be out there in the street,” she said.

Back in Long Beach, 31-year-old Felicia Wieser, DeBois’ daughter, is helping prepare for Sunday’s sale at the bar. She said she didn’t fully realize how bad the business was doing. She had just returned from her station in Fort Bragg, North Carolina while serving in the Army, she said.

For her, the bar carries personal significance.

“I was crawling on these floors,” she said about her childhood, glancing at the ground as she fold branded T-shirts they’d sell on Sunday. 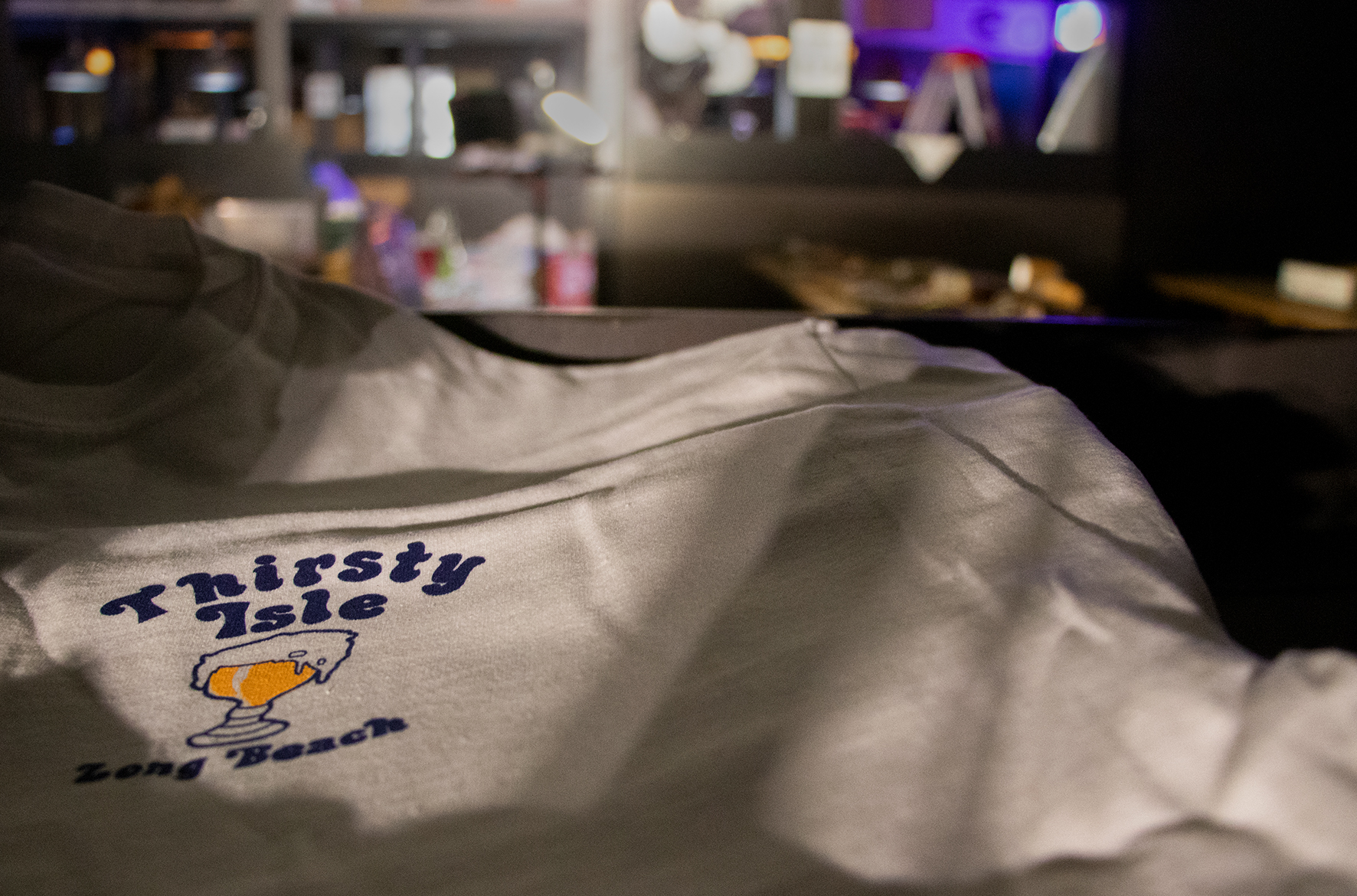 A stack of Thirsty Isle T-shirts sit on top of a counter at the bar on Thursday, Jan. 21, 2021. Photo by Crystal Niebla.

At age 18, her father taught her how to run the business, from stocking products to negotiating with suppliers. At 21, she started bartending, she said, and was set to inherit the bar after her father retires. The prospect of that now looks uncertain.

DeBois, born and raised in Long Beach, became the third owner of the bar in the 1990s. He’ll be selling all the memorabilia he’s been collecting for the bar, which was founded during Prohibition in 1928.

It later became a favorite drinking spot for factory workers who got off their shifts at the nearby Boeing C-17 plant in the early morning hours.

DeBois said that while Sunday’s sale won’t sustain the ongoing costs of rent, anything helps.

One of his last resorts to stay afloat would include pulling equity from his Lakewood Country Club house, he said.

“Everything is running out,” he said.