Fire damage to Westside playground is a ‘complete loss;’ manufacturer hopes to replace within the year • Long Beach Post News
- ADVERTISEMENT -
Help us light up the city; Add your home to the 2022 Holiday Lights map. CLICK HERE

A manufacturer’s representative for the city’s playground equipment confirmed Thursday that the fire that scorched a playground in Admiral Kidd Park in West Long Beach led to a total loss of the equipment.

“At this point, we’ve seen the site, and we’ve seen that nothing can be saved,” said Eric Lewis, recreational consultant representative for Rec West, the playground manufacturer. “It’s a complete loss.”

Long Beach Fire Department spokesman Capt. Jack Crabtree said that his department still doesn’t know what caused the fire or whether it was intentional. On Sunday, July 18, firefighters responded to a blaze at the park at around 2 a.m. and found the playground melted by flames. Other playground equipment for younger ages and the swings were undamaged. 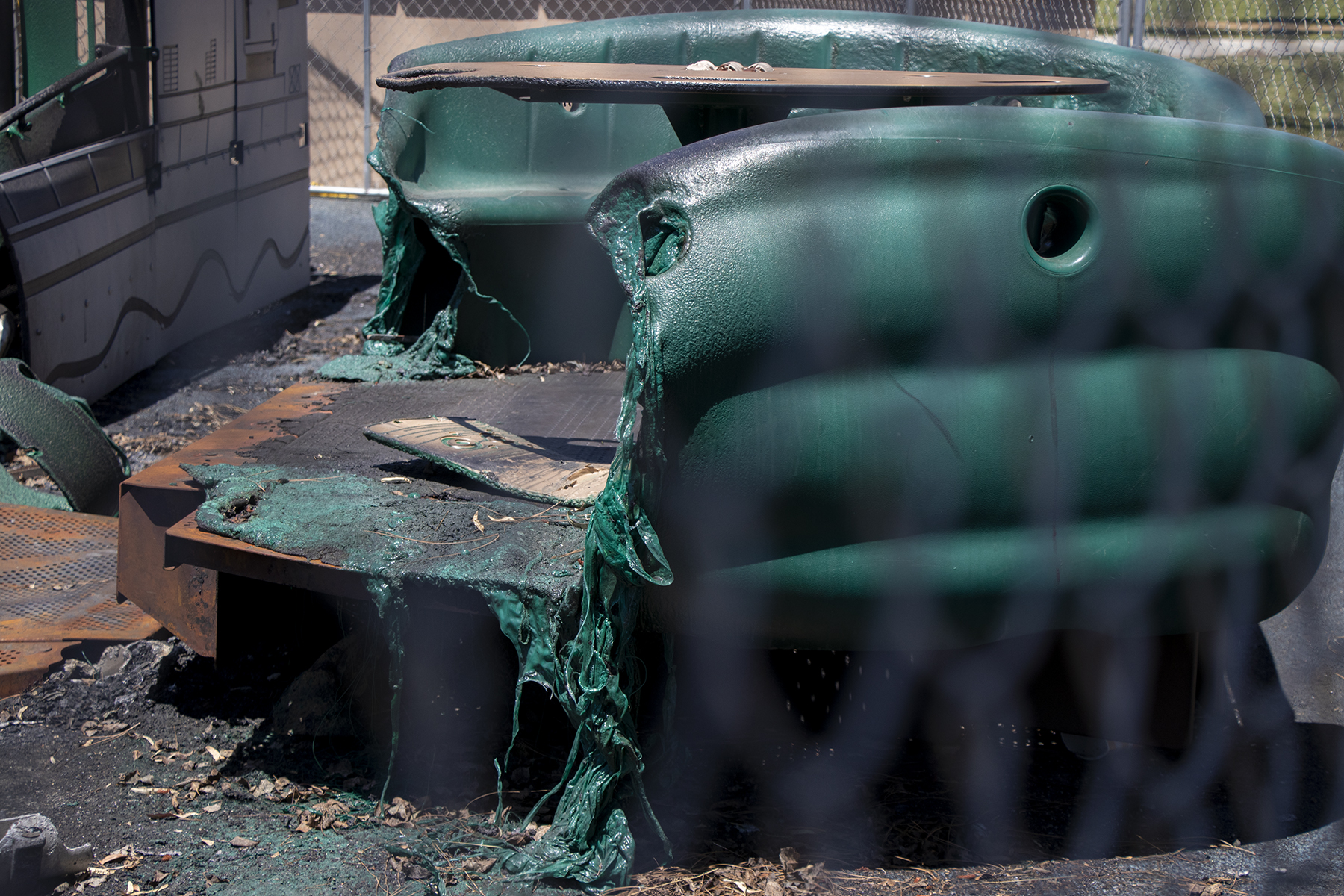 The hard plastic of the “Swag Fun” playground equipment sits melted under the sun at Admiral Kidd Park in West Long Beach on Thursday, July 29, 2021. Photo by Crystal Niebla.

Lewis, who visited the park on Wednesday, said that he and the city just entered the early stages of replacing the playground. He said the next steps include cleaning up the debris, securing cost estimates, redesigning the playground, reconstructing it and finally, getting it approved by a safety inspector. The process could take a few months, he estimated, and replacing it within the year is the goal.

“We all wanna see this thing get fixed,” he said. “It has our full attention.”

In 2011, the playground was built inclusive, which means it was also wheelchair accessible. It was designed for children ages 5 to 12, according to Lewis.

The park site was formerly used by the armed forces during World War II, according to the city’s website. In commemoration, the park was named for Rear Admiral Isaac C. Kidd, who was killed during the Japanese attack on Pearl Harbor in 1941, which influenced the nautical-themed design of the playground. 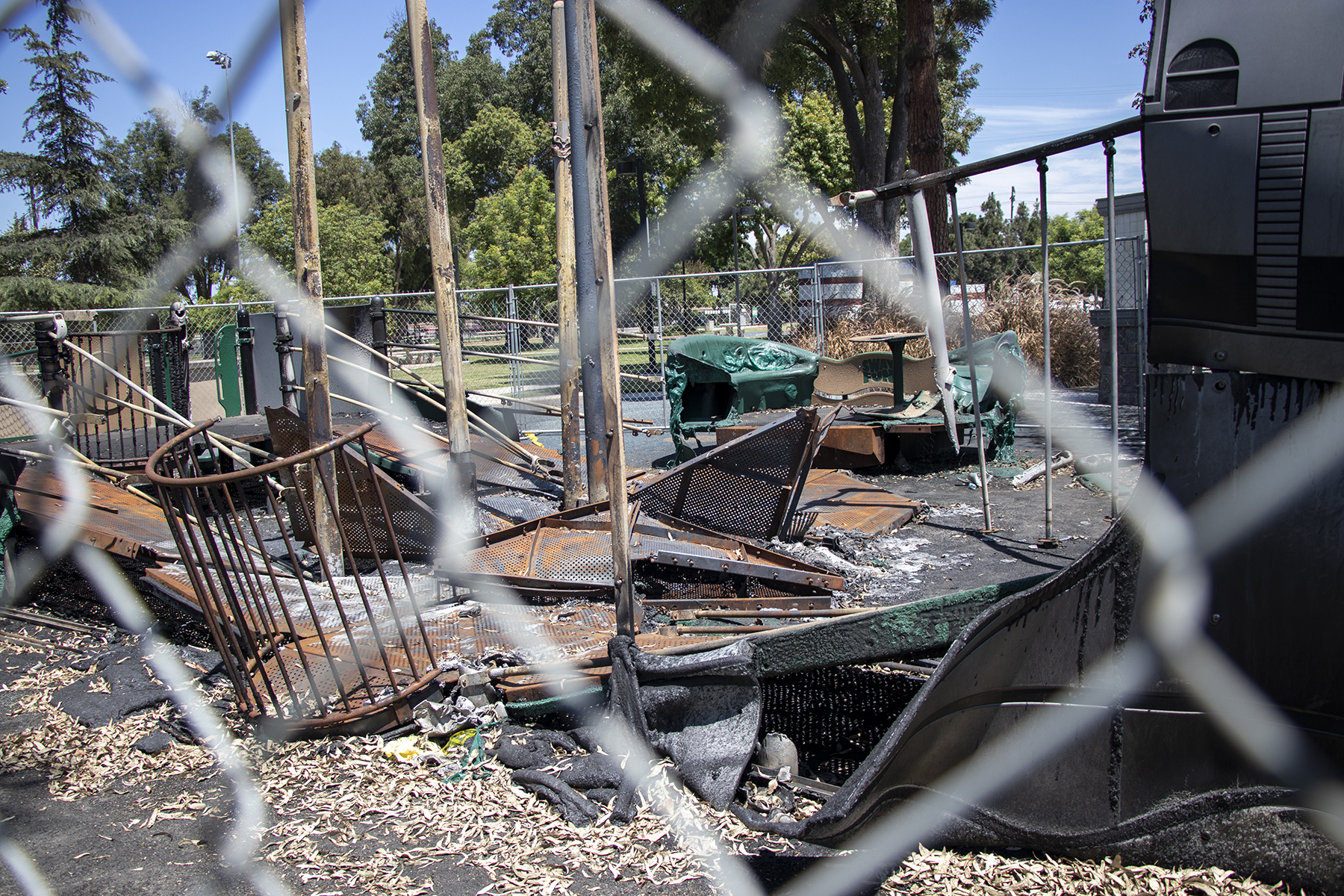 A variety of playground equipment sits under the sun, fenced off, at Admiral Kidd Park in West Long Beach on Thursday, July 29, 2021. Photo by Crystal Niebla.

Tommy Montiel, a security staff with a vaccination site at the park, patrols the area and said he feels bad for the children, who lost a great amenity.

“The kids were looking at it because they couldn’t play in it,” Montiel recalled.