Two former Queen Mary operators are accused of defrauding the federal government when they applied for two COVID-19 relief loans last year under the ship’s name and then absconding with more than $2.4 million in aid money meant to help hundreds of employees during the pandemic, according to court documents released Monday.

They then allegedly drained a bank account “within mere hours” of receiving $2.4 million in loans and funneled the money into various accounts for personal gain, according to documents.

The accusations come as current Queen Mary operator Eagle Hospitality Trust, which filed for Chapter 11 bankruptcy in January, sells off its portfolio of hotels in bankruptcy court. The hotel chain last week received more than $480 million in bids for 14 of its properties, but the Queen Mary lease has yet to find a qualified bidder, according to documents.

Meanwhile, bidding for the Queen Mary lease has been postponed as the city of Long Beach battles in court with Urban Commons over a litany of failed lease obligations.

Long Beach owns the Queen Mary but for decades has leased the ship to various operators that have met financial struggles.

Urban Commons, a Los Angeles-based real estate and investment firm, has seen a string of financial problems and lawsuits since it signed a lease to operate the Queen Mary in 2016. The firm in 2019 created Eagle Hospitality Trust to list on the Singapore Stock Exchange with the goal of raising money for a $250 million development project called Queen Mary Island.

Eagle Hospitality suffered its own financial problems and later terminated the master lease agreements for Urban Commons’ hotels, including the Queen Mary—an action that essentially removed Urban Commons as the Queen Mary’s operator.

Woods and Wu, the firm’s two head principals, are now accused defrauding their own publicly-traded entity when they allegedly applied for PPP loans without authorization or notifying Eagle Hospitality’s managers.

Eagle Hospitality in bankruptcy court documents said that unless a judge intervenes, the entity could be left responsible for paying back the federal government, with no recourse as the “defendants are likely taking steps right now to divert their assets to unreachable locations.”

A court hearing is scheduled for Thursday.

It is unclear if the FBI, which handles PPP fraud cases, is investigating the incident. Laura Eimiller, a spokesperson for the FBI’s Los Angeles field office, in an email said the agency does “not confirm or deny the existence of an investigation.” 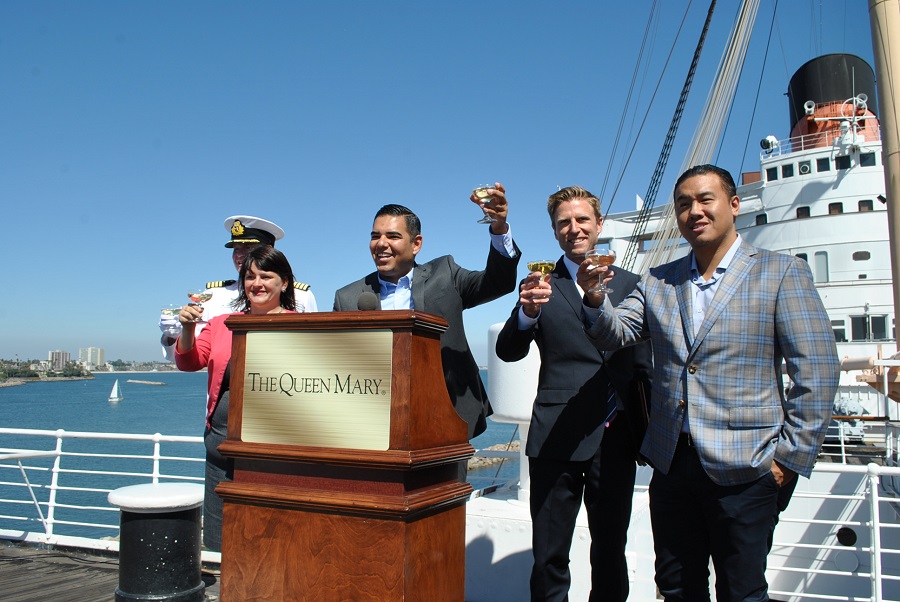 “Making matters worse, once the Defendants gained control over the loan proceeds, they rapidly depleted them in a matter of weeks, using them for the Defendants’ own benefit…” according to court records.

According to allegations and records in the court documents:

Woods and Wu were struggling last year in the pandemic, with Woods at one point writing to Wu in a message: “[w]e need revenue so badly.” Emails show that the pair were allegedly aware that the Queen Mary, with more than 500 employees, wasn’t eligible for a PPP loan so they “corrected the issue” by splitting the payroll and applying for two PPP loans related to the Queen Mary: one on behalf of QMLB, the former master lease for the Queen Mary, and another for Urban Commons Queensway, the current leaseholder entity under Eagle Hospitality.

The Urban Commons Queensway application was signed by Woods, though he lacked authority to do so. The pair then hid the issue from lender Newtek Small Business Finance when it asked for more information.

Woods and Wu, in their statement to the Post, defended their actions and said they never intended any wrongdoing.

“Every PPP loan is based on historic payroll records,” the statement said. “In the case of the Queen Mary, the PPP was split into two loans by the lender and the (Small Business Association) based on where the employees sat in the company, which is what caused this unexpected error. The full Queen Mary employees payroll had been paid by the lessee all along, even though a portion of the employees had not been re-assigned to the lessee entity due to a clerical oversight. There was never any intention to do anything inappropriate by any party involved. As soon as this was discovered, we notified the SBA about reassigning this loan, and we are working together in an appropriate way to merge the two Queen Mary SBA loans together as was the intent and as it would have been treated all along.”

According to court documents, the pair received $2.34 million in PPP loans for the Queen Mary on May 21, 2020, and immediately funneled the money into another account that was mingled with at least $17.5 million in PPP loan proceeds from other properties in Urban Commons’ portfolio.

The Queen Mary never saw the funds, which were intended to “retain workers and maintain payroll or make mortgage interest payments,” the court documents say. By June 5, 2020, Woods and Wu had spent all but $2.3 million of the funds that went into various accounts. The accounts included $1.29 million to an entity called ASAP Holdings, $175,000 to an account called “Taylor Family Equities,” and “$50,000 in ‘distributions’ to ‘Taylor’ and ‘Howard.'”

The pair also sent “hundreds of thousands, if not millions of dollars, in distributions to miscellaneous individuals and entities, including law firms, escrow accounts, and apparent business partners.”

A spreadsheet accounting of the funds showed less than $200,000 in entries for employee payroll.

Some Urban Commons employees questioned how the funds were being spent. Scott Ostrander, Urban Commons’ vice president of Operations and Asset Management in a July 6 email wrote: “…where [did] all the [PPP] money [go]??? Not one dime was give[n] to the hotels…”

Tony Dong, a senior financial analyst for Urban Commons, later wrote “I’m not sure if forgiveness was ever really the intention for the majority of these loans and I have no idea how the proceeds have been spent since funding in April.”

It’s not clear whether the Queen Mary leaseholder will see the funds.

Last month, a group of creditors filed a Chapter 7 bankruptcy petition against Urban Commons in Central District Court in California for more than $1 million in claims.

Editor’s note: This story has been updated to reflect that bidding for the Queen Mary lease has been postponed, but not at the request of the city of Long Beach. The story has also been updated to add statements from Woods and Wu and from FBI spokesperson Laura Eimiller.