An avid lover of old cars, Long Beach Fire Capt. David Rosa had been working with his young son Sam on a special project to rebuild a turquoise 1964 Ford pickup.

The pair never got the chance to finish the father-son project together.

In June 2018, Rosa, 45, was shot and killed while responding to a fire at the Covenant Manor senior housing complex in Downtown Long Beach.

Sam is now hoping to finish the project on his own, in honor of his late father. 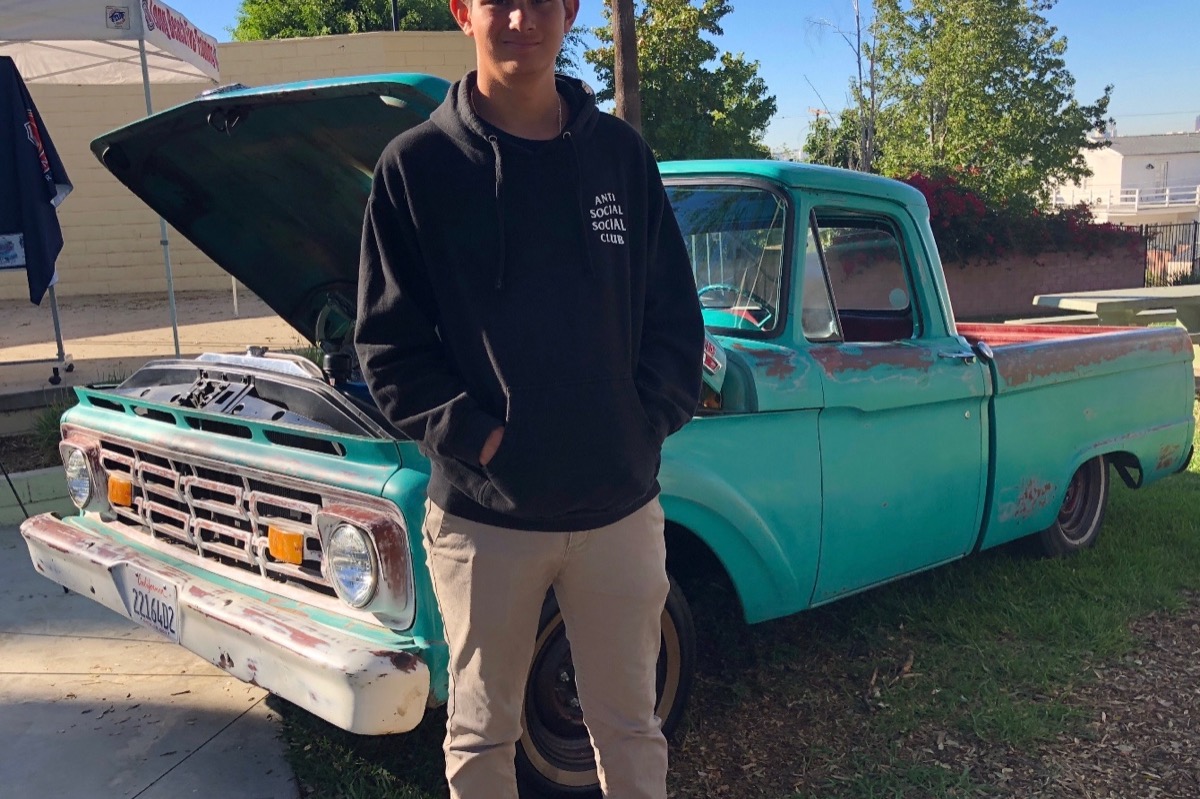 On Monday, friends launched a GoFundMe campaign to help Sam with the project costs. The funds will go toward putting in a new engine, automatic transmission, power brakes and more to help the truck drive safely for Sam and Rosa’s wife Lynley.

The truck is being restored at a shop in San Clemente, where Sam is working with mechanics. All funds will distributed by retired Long Beach Firefighter Ty Damico.

A 17-year veteran of the department, Rosa served as a training captain and was last assigned to Fire Station 10 in central Long Beach.

He became the first firefighter killed on duty in Long Beach in 44 years when Thomas Kim, 77, opened fire after setting a blaze in his apartment. Kim later died in custody.