After being shot in the neck, victim of Halloween mass shooting vows to walk again • Long Beach Post News
- ADVERTISEMENT -

Jasmine Johnson is determined to get out of her wheelchair. Twice a week, every week, she goes to physical therapy sessions in Los Angeles to work her legs and practice standing and balancing. She’s been on this path since a mass shooting at a Halloween-themed birthday party in Long Beach’s Rose Park neighborhood left her paralyzed from the chest down.

Johnson, a full-time bartender at the time, was at the Oct. 29 party to celebrate her co-worker’s birthday with about 30 people. Chaos erupted when, “out of nowhere,” a shooter or shooters jumped onto a brick wall in the backyard and began spraying bullets at partygoers, she said.

The shooting left three men dead and nine others wounded, including Johnson. She was the most severely injured when a single bullet hit her neck, damaging her spinal cord.

“I didn’t need a doctor to tell me I was paralyzed; I could tell,” Johnson said. 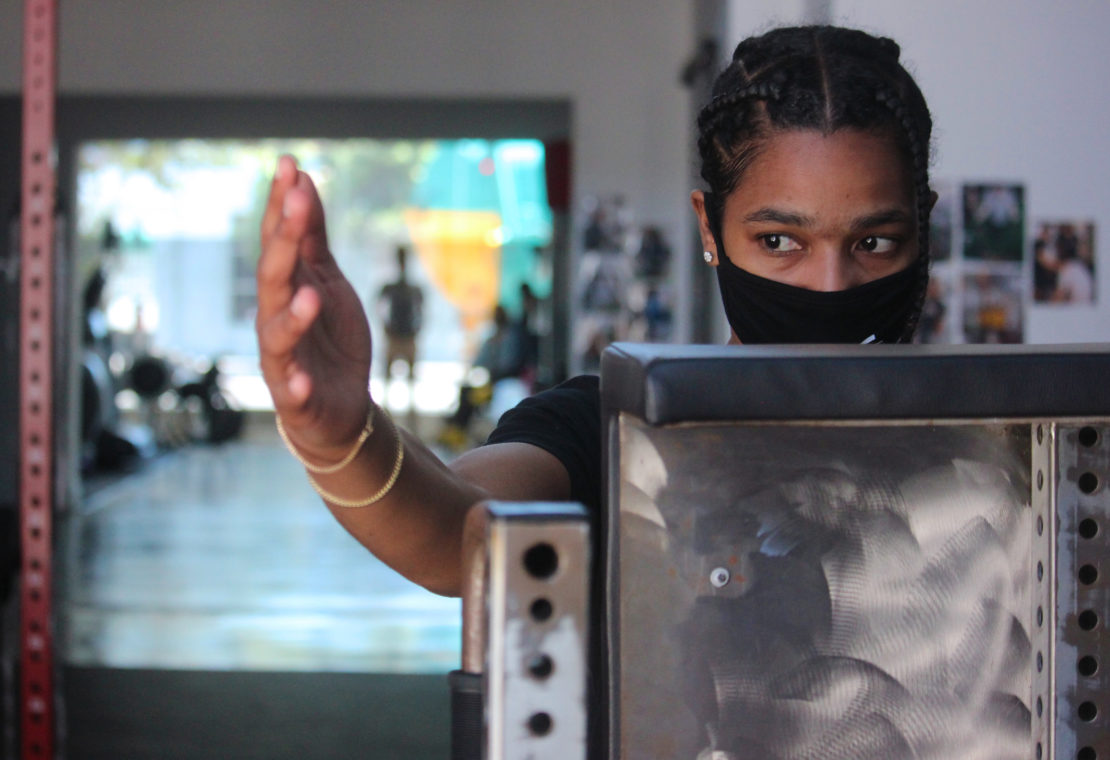 “I think it has to do with the determination of the individual person,” Johnson said.

Even when she was first hospitalized for a month after the shooting, she rejected the idea of adaptive sports, saying she didn’t want to stay in her chair more than she needed.

“I’m more focused on using my wheelchair less, more focused on doing things that get me out of my chair,” Johnson said. She can stand with assistance and whenever she gets the chance to stand up, she takes it. More than anything, she’s positive and determined.

During a recent physical therapy session at Abilities Recovery Center, Johnson was in high spirits—cracking jokes and chatting up staff and other patients. Using a machine that helps her stand, she performed a series of stretching and balance exercises between leg workouts. 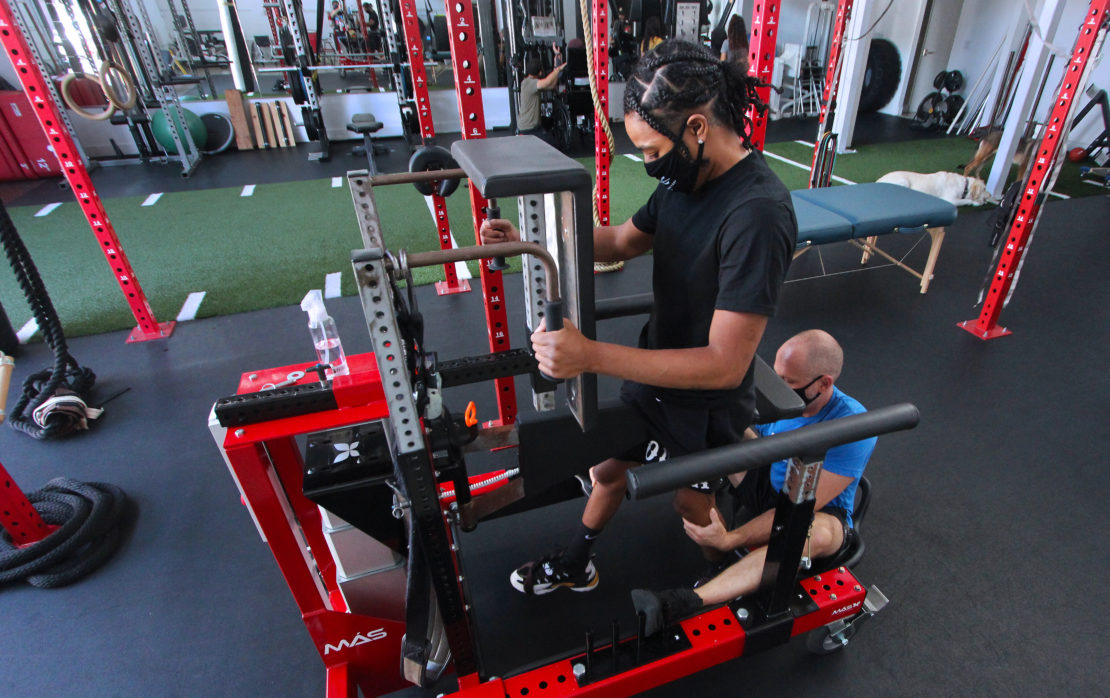 She wants to do more physical therapy in order to walk again, but the sessions are expensive. Johnson is raising money through GoFundMe to be able to pay for the therapy. She is also looking for a place where she can try swimming, but that’s been difficult with the ongoing pandemic, she said.

Johnson is so focused on getting to walk again that she hardly mentioned that she’s currently without a home of her own. After the shooting, she was unable to keep her previous apartment and is now staying with friends. She has also had trouble finding a wheelchair accessible apartment because of the pandemic.

All of these hardships don’t seem to faze her.

“A lot of the reason I am able to stay positive is because I know that this is temporary,” Johnson said. “I don’t feel that any of the things I’m challenged with right now is going to be forever. I’m not always going to be without an apartment forever.”

But Johnson says that most importantly, she’s just grateful to have survived the shooting.

“I was shot in the neck, and that could’ve been fatal,” Johnson said. “I’ve accepted that I’ve been blessed rather than beat myself up that I was paralyzed.”

Johnson still doesn’t know the motive for the shooting that changed her life. There was no altercation and no warning. The gathering was primarily work friends who she knows had no affiliation with gangs.

“It was kind of like the Titanic I guess, it started out good and fun and ended in a nightmare,” she said.

Police, too, have shared little on the topic of a motive, but just last month they released photos and video of suspect vehicles they think were involved in the shooting, saying they do not believe it was a random act of violence.

A private donor, the city of Long Beach and the Los Angeles County Board of Supervisors are offering a combined $40,000 for information leading to an arrest.

Anyone with information is asked to contact the detectives Mark Mattia or Donald Collier at 562-570-7244 or visit www.lacrimestoppers.org.