Health officials this week were asking residents to wait until it is their turn to receive the scarce COVID-19 vaccine amid reports that some people are using the state’s appointment system to “jump the line” and get shots ahead of their scheduled tier.

The current eligible groups in Long Beach include healthcare and emergency response workers, those 65 and older, food and agriculture workers and those in education.

But according to anecdotal evidence and incidents observed by the Post, individuals who are not yet eligible have been able to make appointments on the state’s vaccine website through links shared in emails. Some individuals have reported that they were only required to provide proof of their appointment time and their eligibility was not checked when they arrived for their scheduled appointment.

Long Beach Health Department Director Kelly Colopy in an email said the health department is aware that people have been sharing links for vaccine appointments and that it remains an “ongoing concern.”

Colopy said the appointment link directs people to a state-run vaccine registration site, so the city is not able to control how many people are sharing the link or whether they can schedule an appointment. After a person is directed to the state’s CalVax website, they are asked to check a box identifying their eligible group. However, some have used the group option for “other essential worker,” which does not ask for details.

Colopy said the city does screen people at its vaccination sites and turns away those who don’t qualify.

“Inevitably, some people have slipped through, but we have literally turned away a few thousand people since the city began administering the vaccine,” she said. “We continually train the people who work in our screening lines, reinforce criteria each day, and remind them to check for documentation.”

Colopy implored residents not to share links and to only make an appointment if they quality.

The line jumping is reportedly a widespread problem.

Last week, members of the Los Angeles County Board of Supervisors expressed anger over reports that people have been using the state appointment system to get shots at clinics reserved for underserved minority and low-income residents.

The problem was highlighted last weekend at the Ramona Gardens public housing complex in Boyle Heights, where Gov. Gavin Newsom was on hand for a clinic designed to serve residents of that community.

As the clinic began operating, with a host of elected officials on hand, it was clear that some people in line to get vaccinated had driven there from more affluent parts of the Southland.

County Public Health Director Barbara Ferrer said the problem originates with the state’s MyTurn vaccination-appointment system. She said the system “doesn’t allow us the level of flexibility that we need to do targeted vaccinations.”

In an effort to reserve appointments at a particular population, a special code is generated and provided to the clinic organizer, and people who are given the code can use it to make an appointment.

Those codes, however, are frequently being circulated online and make their way into the hands of people in far-away neighborhoods, who generally have better access to computers and the internet, and they snatch up the appointments and they drive across the county to get the shots.

In a news conference on Monday, Ferrer said the county is “constantly” getting reports of people who are finding ways around the eligibility requirements.

Greg Jenkins, a 63-year-old event planner who lives in Long Beach, said he knows of several friends who were able to receive a shot even though it wasn’t their turn. Jenkins said one friend serves on the advisory board for a local hospital and received a shot as an “essential healthcare worker.”

Jenkins, who has underlying health conditions and desperately wants the vaccine, said the system is frustrating.

“I’m glad Long Beach is making progress and I want people to get shots, but it doesn’t feel right to see people jumping in line when they’re not at major risk,” he said. “It’s like waiting in line for hours for a concert and then you see somebody escorted right in front of you.”

The vaccines must be used within hours after they are defrosted and there has been reports in other cities of ineligible people getting doses that would have gone to waste.

However, health officials in Long Beach have said the city has been able to avoid wasting shots by keeping a list of eligible residents who they can call if they have leftover doses at the end of the day.

The effort comes as Long Beach is working to target its vaccine rollout with pop-up clinics in North, West and Central Long Beach to bring shots to hard-hit areas and underserved communities of color.

The city last week gave shots to hundreds of seniors in its Cambodian community, which is one of the largest in the country outside of Cambodia.

Community activist Laura Som, who heads a nonprofit called The MAYE Center that provides support for Cambodian refugees, said she didn’t see any incidents of people from outside of the Cambodian community stealing spots, but there were other problems.

Three days before the scheduled mass vaccine rollout in Cambodian Town, Som said she was notified that city staff didn’t have enough people on hand to call the nearly 300 eligible Cambodians on the city list.

While the city usually sends emails for appointment information, calls needed to be made in this case since many Cambodian seniors do not speak English.

With just a few days before the vaccine clinic, Som and other community members scrambled over the weekend calling more than 300 eligible residents. 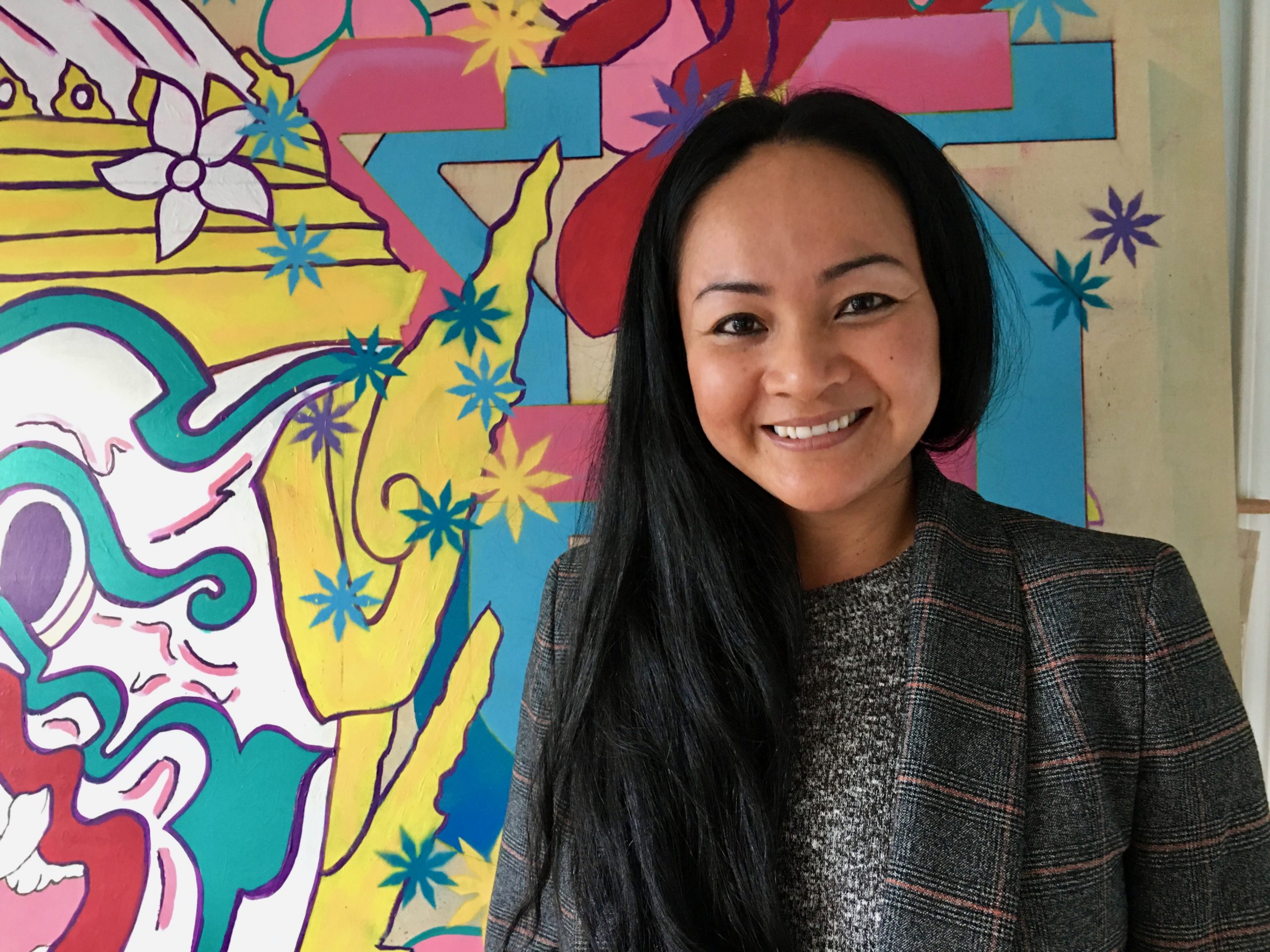 Laura Som is the executive director of the MAYE Center in Cambodia Town. Photo by Antonio Ruiz.

They were able to fill all the available slots for the city’s reserved 300 doses and were even able to get about 100 more residents vaccinated that day when the city had an additional surplus. In all, nearly 400 Cambodian seniors were vaccinated in a day, she said.

Som said she’s grateful for the city’s efforts, but the hiccups for the rollout in Cambodia Town highlight the bigger problems in reaching underserved communities. Som said communities of color often have to be their own advocates and fight to get the vaccine to residents.

“At times it felt almost impossible because through every layer of the system it felt like equity was not part of the lens,” she said. “We were exhausted but we couldn’t let it fail. We put aside our exhaustions and our feelings and we went to work.”