Long Beach health officials are concerned about an uptick in hospitalizations for coronavirus at a time when more businesses are reopening and thousands are gathering in mass protests against police brutality.

On Sunday, more than 3,000 gathered in Downtown Long Beach to protest the killing of George Floyd by Minneapolis police, as cities across the country saw similar demonstrations. As of Wednesday, protesters were continuing to gather with peaceful demonstrations in Heartwell and Bixby parks.

About 200 are out in Long Beach’s Bixby Park for a peaceful demonstration against police brutality. #longbeachstrong @LongBeachPost pic.twitter.com/ghId4vU6Ac

In a news conference Wednesday, Long Beach Mayor Robert Garcia encouraged people to exercise their rights to demonstrate, but he urged protesters to wear masks and keep social distance as the world faces a health crisis.

“This is still a serious health issue and will continue to be more serious,” he said.

In early- and mid-May, the number of hospitalizations for coronavirus averaged in the 60s, but it has since increased. On May 24, city health officials initially reported 62 people had been hospitalized for the virus, but that number was later revised to 91, according to the city’s data dashboard. 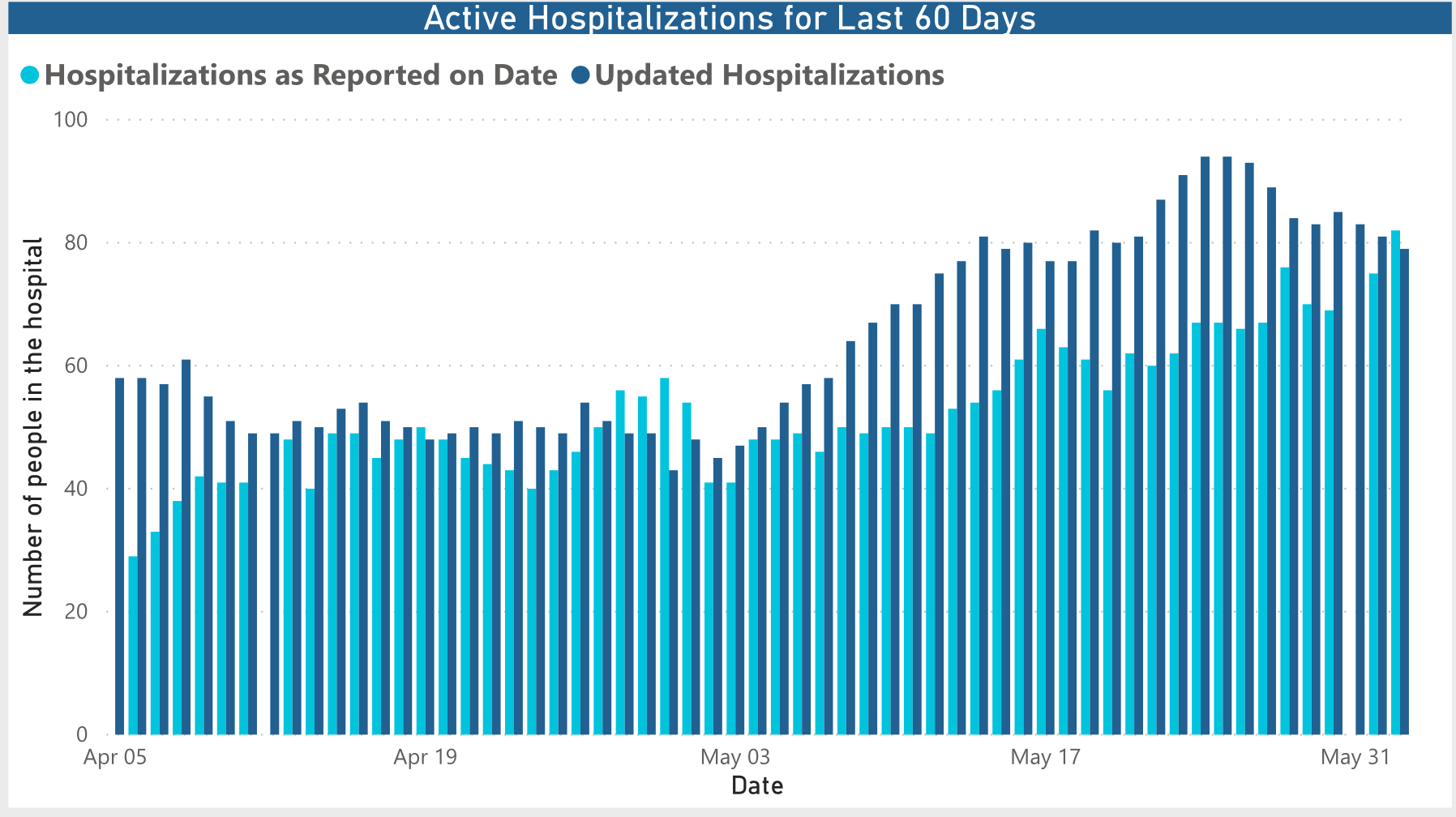 Garcia said the city will continue to monitor the number of cases and watch for upticks that could be connected to the protest gatherings and relaxing of health orders that allowed businesses to reopen.

Long Beach Health Director Kelly Colopy said the next two weeks will be critical as people typically begin to show symptoms in five to 10 days after they are exposed.

Garcia said people should continue to be mindful of those who are most vulnerable.

“In the days ahead, COVID will have taken 100 residents,” Garcia said. “We cannot afford to lose hundreds more of our community members, especially our vulnerable older residents.”