A spontaneous march to the Long Beach Civic Center drew a blunt response from Long Beach Mayor Robert Garcia, who was pressed to answer the question many across the nation have been asking: What will be done about the deaths of black men and women at the hands of police?

“I’m fucking tired,” Garcia said. “I’m a person of color. I’m gay. Those experiences are unique but they’re not the black experience. I want to apologize to every black person here for all the bullshit they have to go through.” 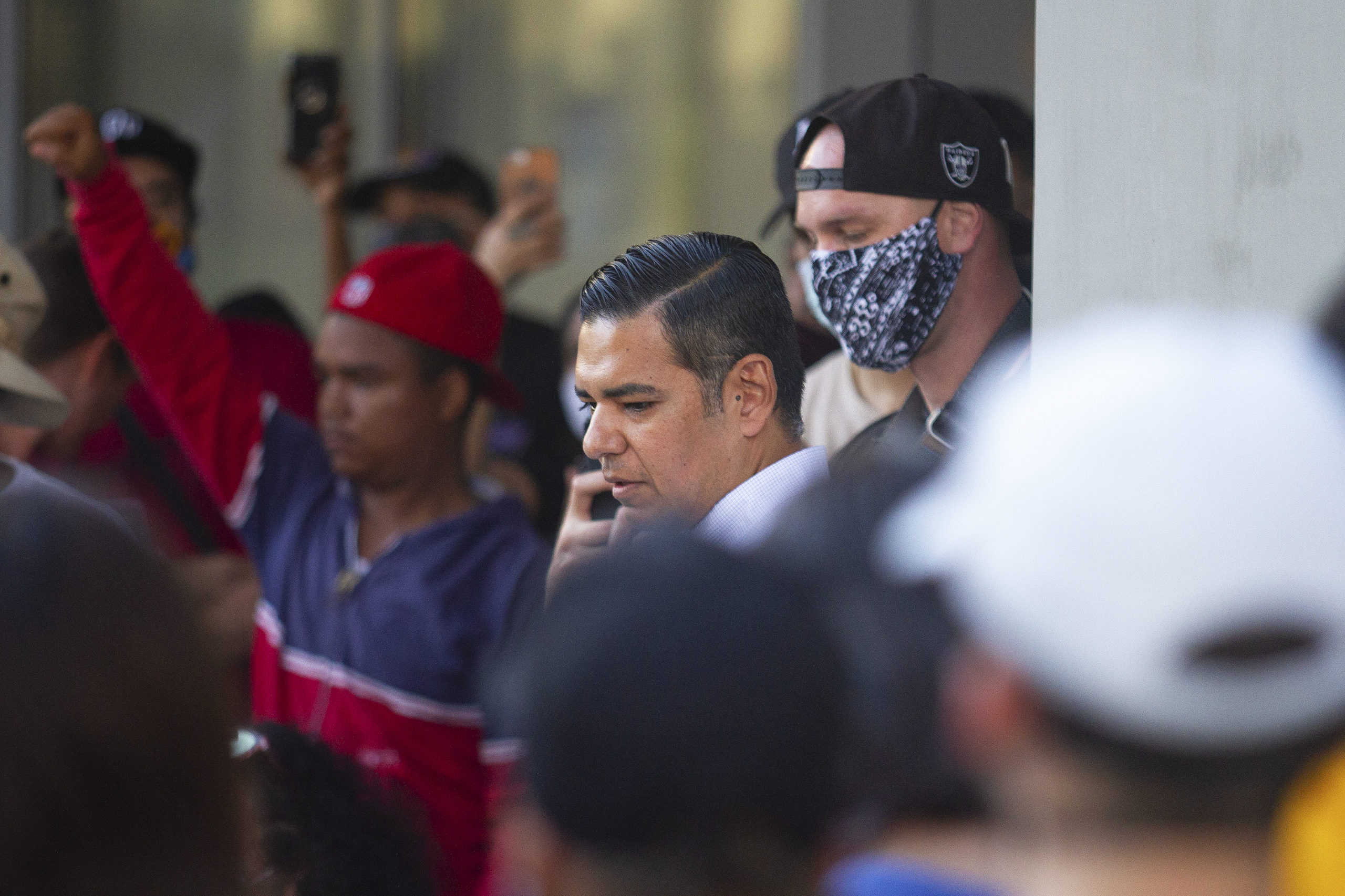 They were his most forceful comments yet to address the demands of protesters who have rallied against police killings and systemic racism.

“Something needs to be done about how the police are held accountable for their actions,” protester John Conway said following the encounter with Garcia. “I mean, overall, we need to see actual acknowledgment of the things that have been done wrong. I think that would be the first step forward.”

As protesters were rallying outside Long Beach City Hall, Los Angeles politicians were proposing a host of reforms including appointing an independent prosecutor to review police misconduct cases, slapping a moratorium on a controversial gang database and slashing police and other departments’ budgets to reallocate $250 million for investment in black communities across the city.

Long Beach, so far, has not proposed any concrete policy changes, but in a press conference earlier Wednesday, the mayor acknowledged the city’s long history of racial tension within its police department. 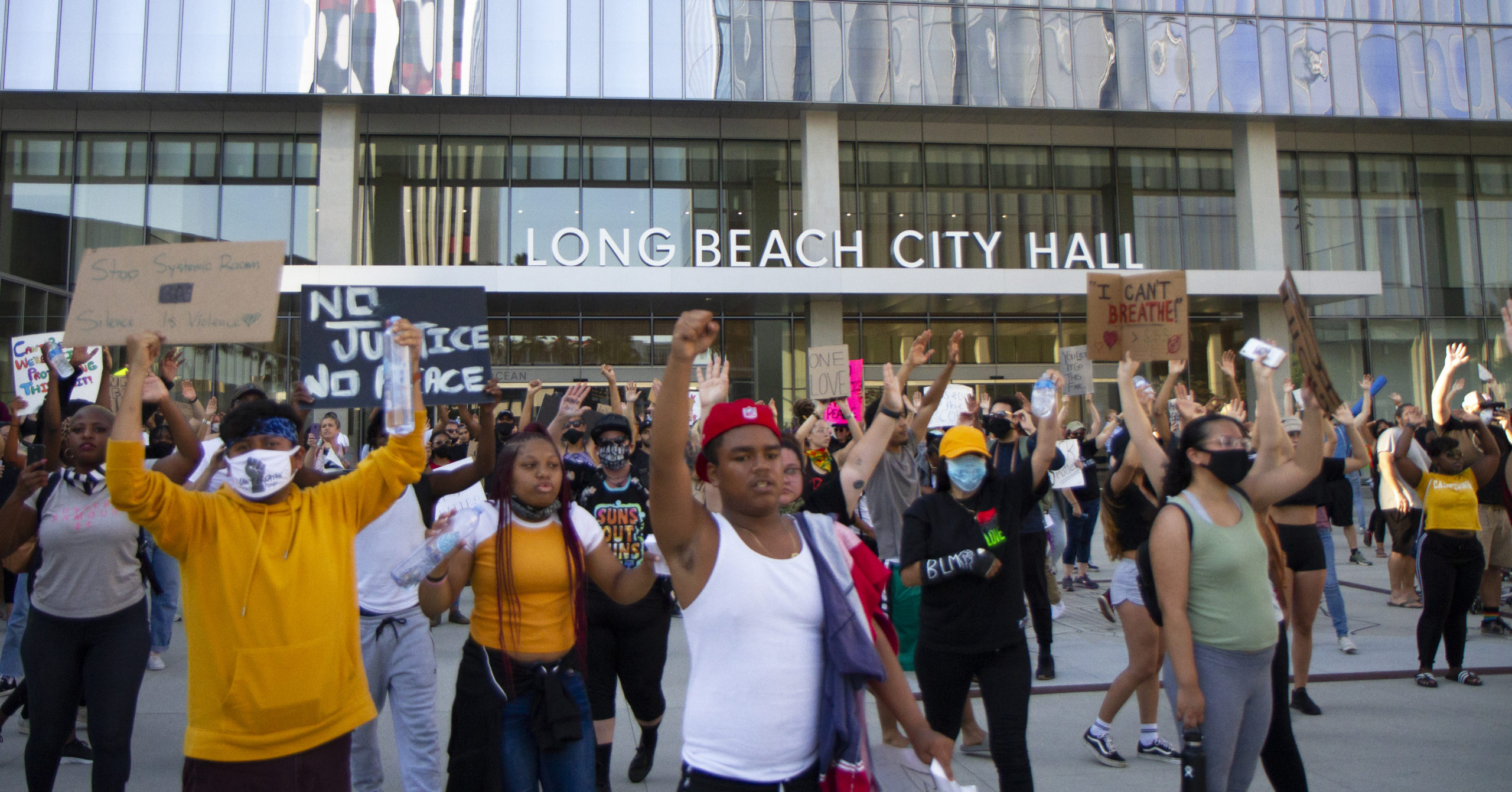 “I’m also not going to sit here and tell you that Long Beach or myself or any leader in the city has done everything that we can to fight racial injustice. That’s just not true. OK?” Garcia said. “But we have to do better.”

Garcia said the LBPD over the past decade has made reforms in training for mental health and racial inequality awareness. He noted that all officers now wear body cameras and that police shootings have significantly decreased.

Nevertheless, the most recently available statistics show the LBPD’s most serious uses of force have been disproportionately against black people.

“We’re proud of the progress but we have a long way to go,” he said.

Garcia said in the coming weeks he plans to focus on continued reform and added he’s been in a number of meetings with black leaders including Pastor Wayne Chaney of Antioch Church, Councilman Rex Richardson, and Pastor Gregory Sanders, a longtime voice of the Long Beach Ministers Alliance. 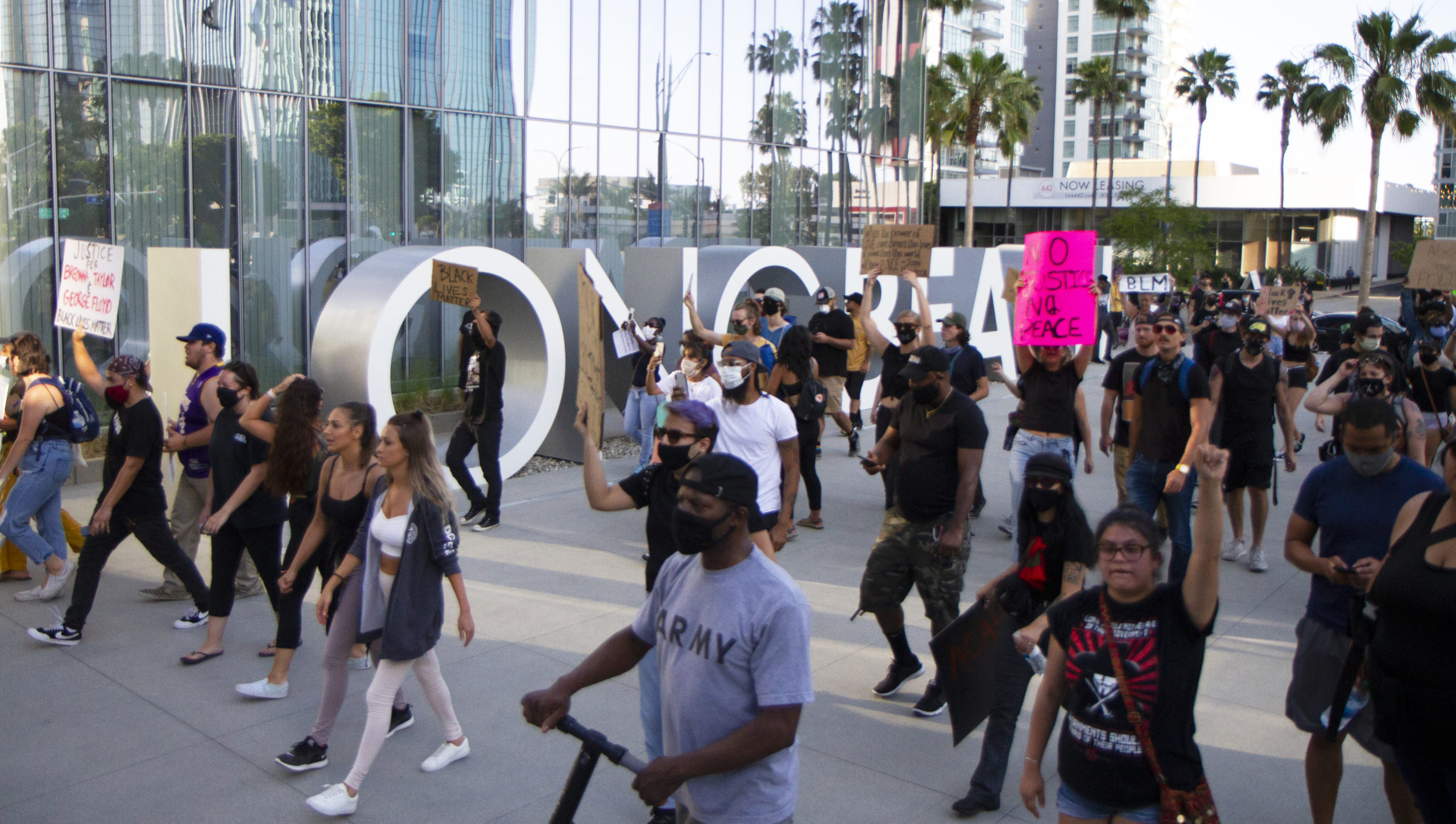 “We have been disenfranchised in so many various way,” Conway, the protester, said. “Obviously, the police injustice and racial injustice being a big factor. I feel like it’s the time to do something.”

The mayor said he will provide more details soon.

Wednesday evening’s march to City Hall started with a group meditation session at nearby Bluff Park in the honor of George Floyd. Four Minneapolis police officers have been charged with participating in Floyd’s killing after a video showed one of them kneeling on his neck for minutes on end.

Floyd’s death became a catalyst for nationwide protests and unrest including a 3,000-person march through Long Beach on Sunday. 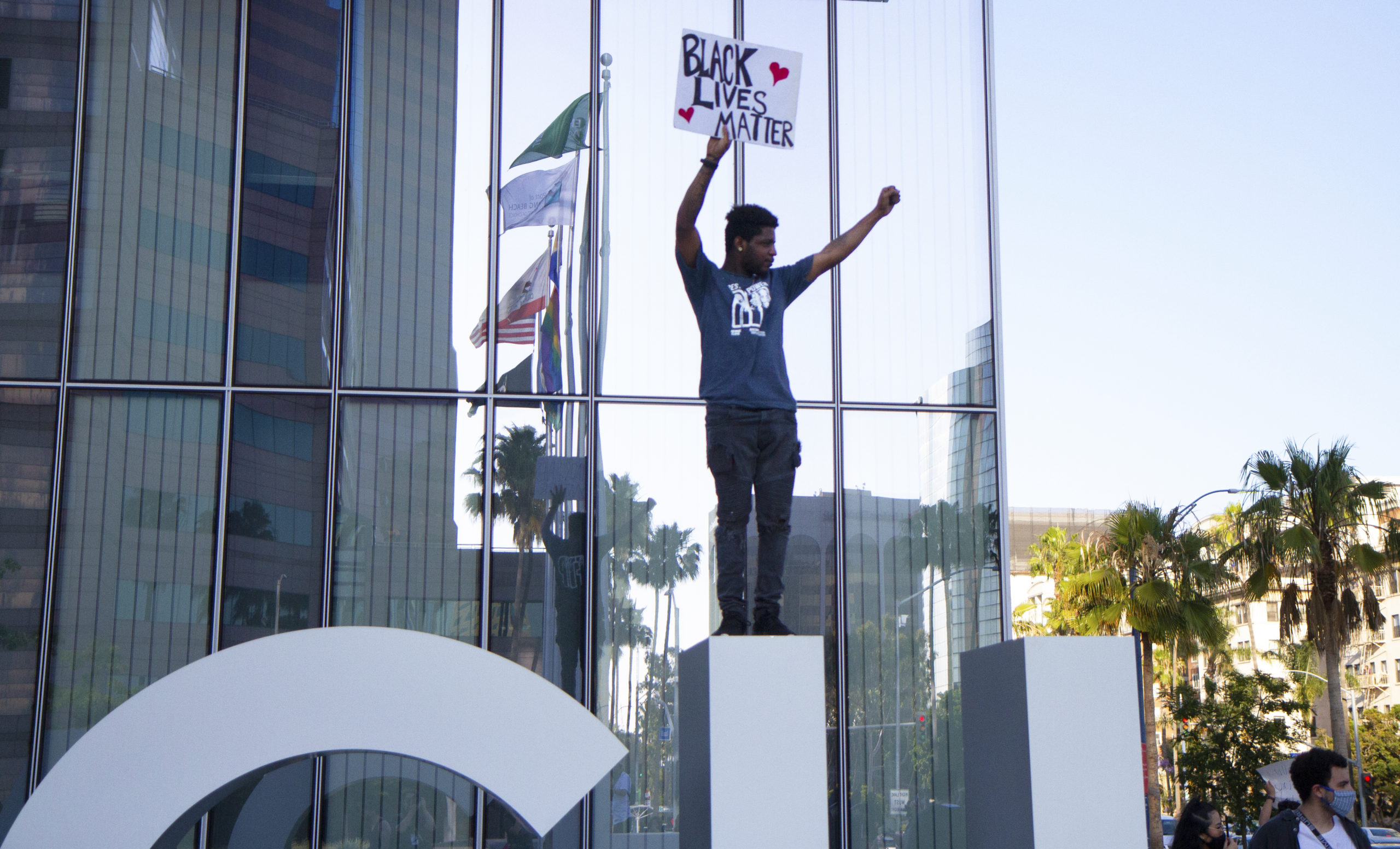 A protester climbed on the ‘H’ outside of Long Beach City Hall, Wednesday, June 3, 2020. Photo by Brandon Richardson.