The popular Retro Row pizza place, Little Coyote, is officially opening its second location in East Long Beach Wednesday, according to an announcement made on the business’s Instagram account.

Owners Jack Leahy and Jonathan Strader had hoped to open earlier this year, saying in April that they were targeting June 1 as their grand opening, but Wednesday’s opening gives the business partners a much more symmetrical business anniversary.

“It is exactly 444 days after our opening on 4th Street,” the post said. “To look back on what we have accomplished and the support from the local community we are beyond grateful.” 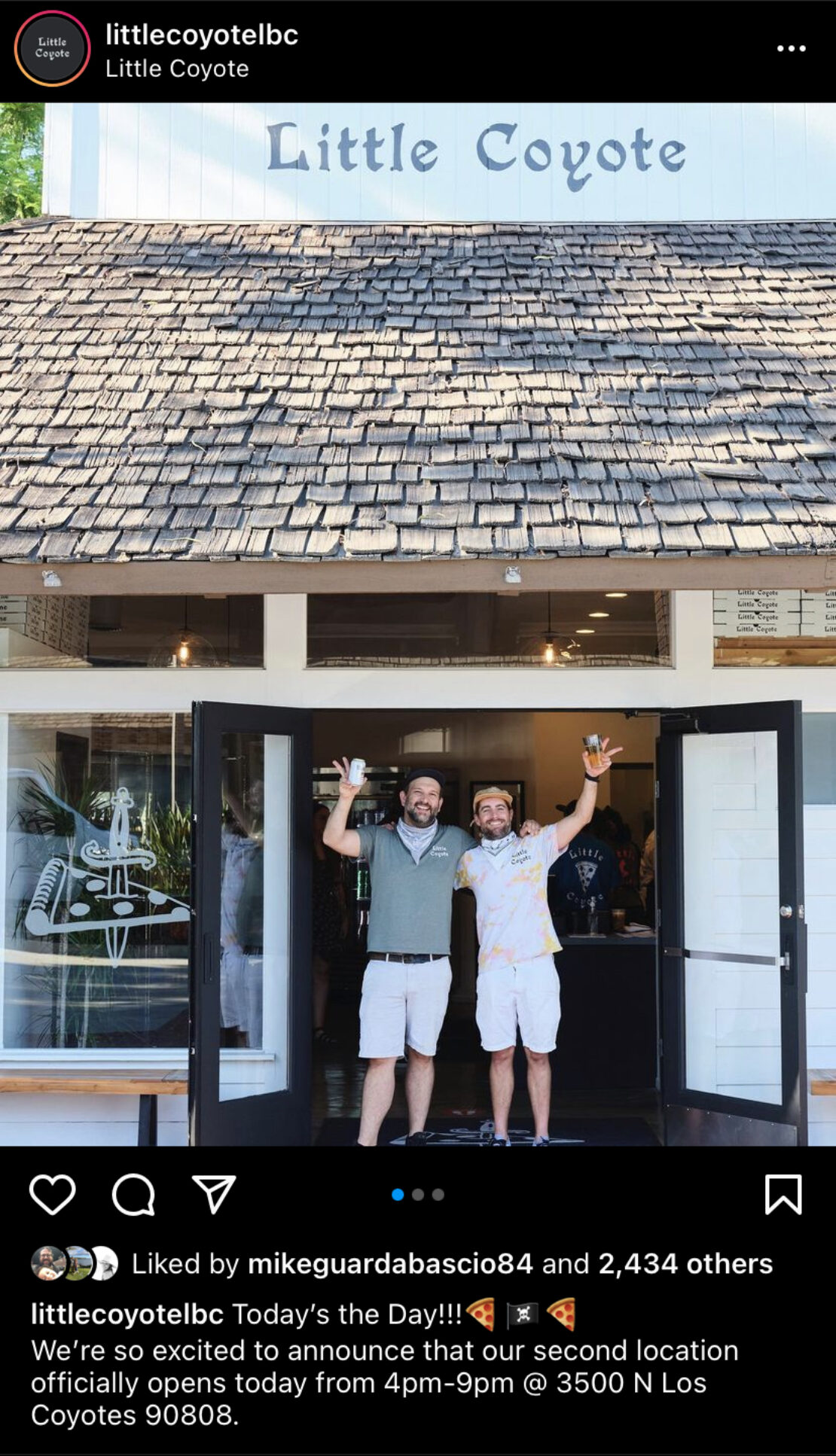 The East Long Beach location at 3500 Los Coyotes Diagonal has a much larger footprint than the Retro Row location and is capable of seating about 80 customers on its patio. The 1,900 square-foot building also provides Leahy and Strader with a much larger kitchen.

“Hopefully, this new location will be a bit more community and family oriented, a bit more like an old-fashioned pizza parlor,” Strader told the Post in April, noting that the Fourth Street location, with little room for diners, is more of a “grab-a-pizza-and-go” place.