The Rose Park Historic District is laid out in the traditional manner, with a grid of north-south avenues and east-west streets lined with palms, elms and magnolia trees. It’s a long and narrow neighborhood bordered roughly by the alley north of Seventh Street and 10th Street between St. Louis Street and a strip just west of Redondo Avenue. The ordered layout is broken only by the neighborhood’s eponymous circular park with a traffic roundabout at Eighth Street and Orizaba Avenue.

The neighborhood is one of the oldest in the city, with development of the area starting in 1905 as part of Alamitos Land Company’s subdivision of its far-flung properties. The company was founded in 1888, when Long Beach got its name and became an incorporated city. The company was founded by the families of the area’s early rancho owners, the Bixbys, the Flints, and I.W. Hellman.

Most of Rose Park’s development came in a robust era of building from 1910 to 1922 when homes, mostly Craftsman style but with a sprinkling of Victorian and Spanish Colonial Revival, as well as more modern designs including the Minimal Traditional houses that were built after World War II. 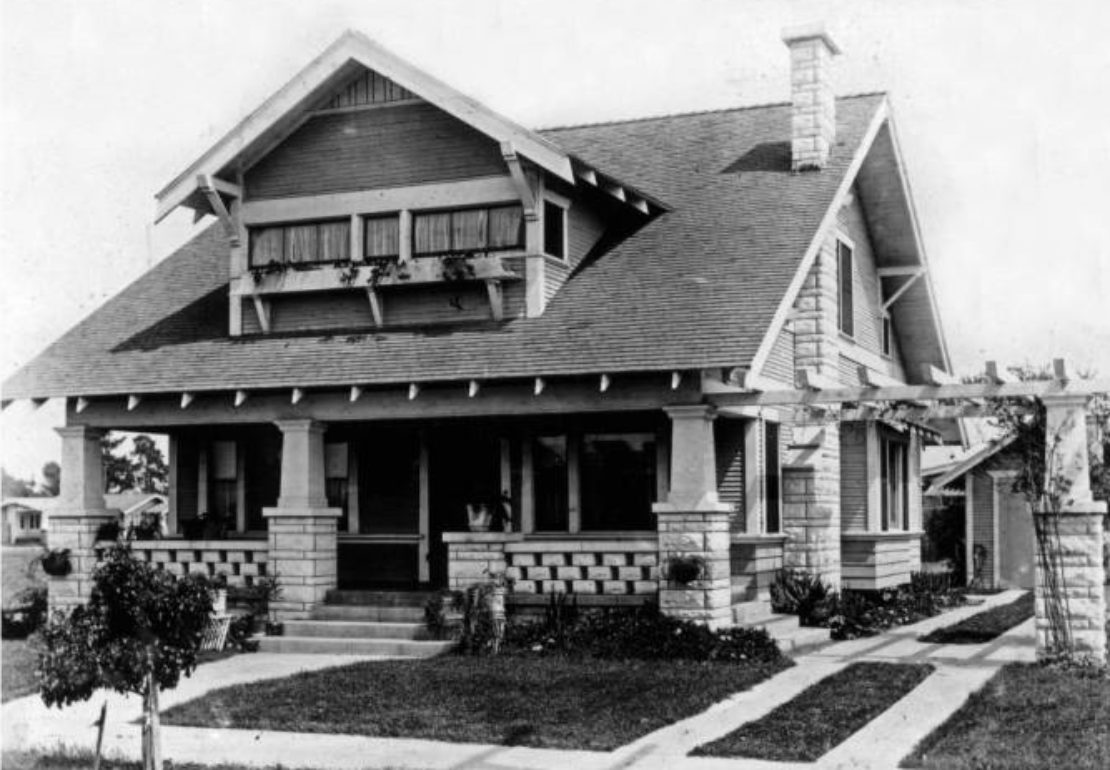 The Alamitos Land Company donated the park to the neighborhood in 1910 and though small, at just half an acre, it was one of the city’s only five parks at the time: Pacific (later Lincoln) Park Downtown had 5 acres, Bluff Park at 7.5, Bixby Park was a sprawling 10 acres and Knoll Park (now Drake) was 1.75 acres.

Neighborhood pride bloomed in 1913 with the establishment of the Rose Park Improvement Association, which, as its first order of business in its initial meeting at Wiley’s Store at Seventh and Obispo, was to ask Public Works to spruce up the park, which was losing a battle with overgrown brush and litter, as well as to install lighting and, if it wasn’t too much to ask, perhaps pave Seventh Street from Alamitos Avenue to Redondo, even though automobiles at the time—Model T’s were still three years down the road—were a novelty that hadn’t quite caught on yet. 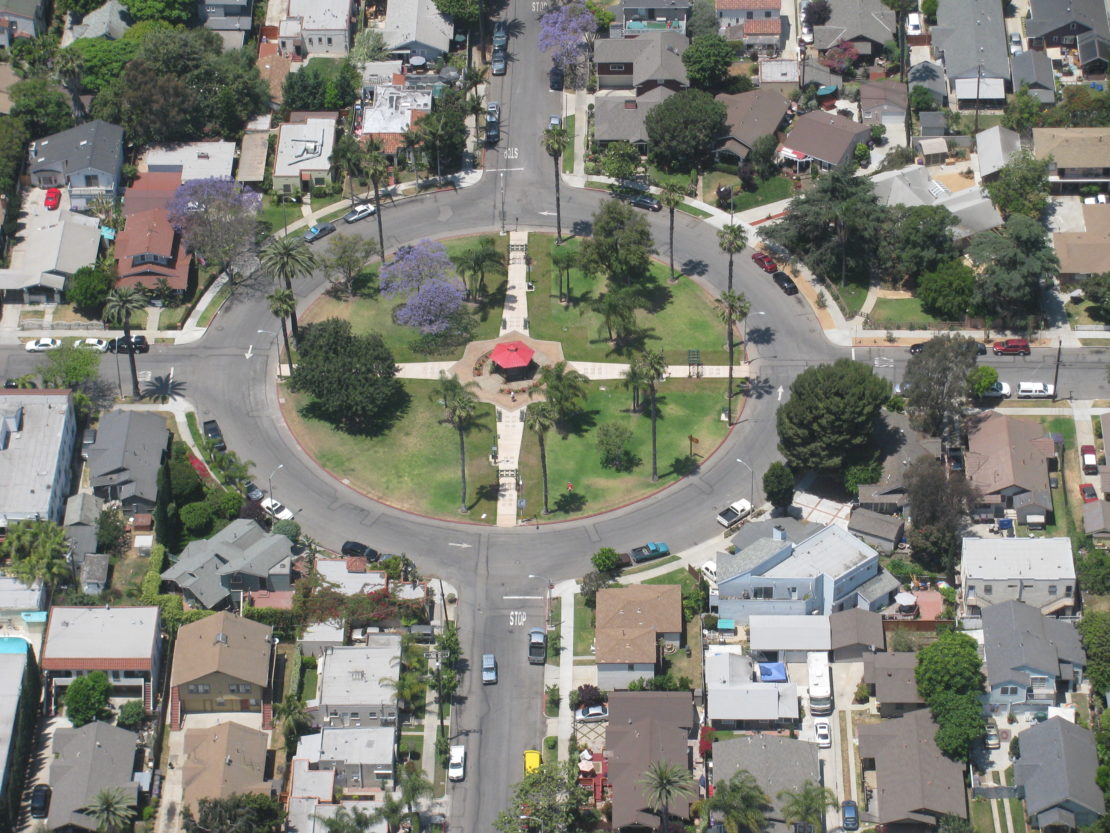 In recent years, due in part to the rising popularity of Craftsman homes, Rose Park has, over the last couple of decades, become an increasingly popular and desirable neighborhood in Long Beach. It became a Historical District in 1997, and four years later, Rose Park South, a neighborhood south of Seventh Street that is roughly the same size as Rose Park, received the Historic District designation.

These days, as is true throughout the city, homes for sale in the two districts are scarce and not inexpensive. As of March 10, there was just one home on the market in each district.

Both are, happily, traditional 1920’s Craftsman bungalows in excellent condition. The one in Rose Park, at 731 Junipero Ave., is listed at $779,990 by Realtor Bill Larsen of Grupe Company, who says the home is drawing a lot of interest. “We had 25 showings over the weekend,” he said. He expects an offer soon. 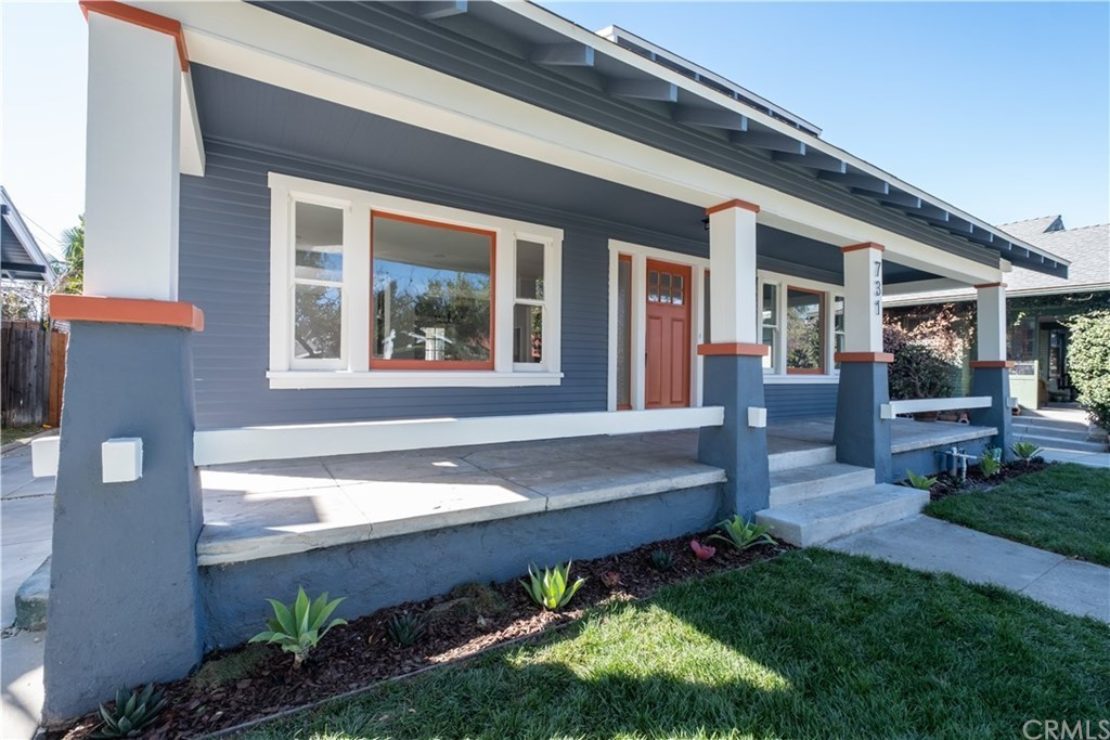 A Craftsman home on Junipero Avenue in Rose Park is listed at $779,990. Listing photo.

The property is a flip, purchased in February and fully remodeled, according to Larsen, who has been involved in more than 400 flips in his career.

The home is a two-bedroom, one-bath house with a den that can be used as a third bedroom or an office with 1,162 square feet.

The house in South Rose Park is listed by Mollie Beck of Coldwell Banker Coastal Alliance at $929,900. It’s larger than its northern neighbor, with two bedrooms and two baths in 1,840 square feet.

While it, too, is in showroom shape, with polished oak floors, built-in cabinets and leaded glass windows, perhaps its biggest selling point is a finished and permitted 740-square-foot basement, which is perfect for just about anything you’d want to use it for: a workout room, a guest room, a studio or an office. There’s also a bathroom in the basement. 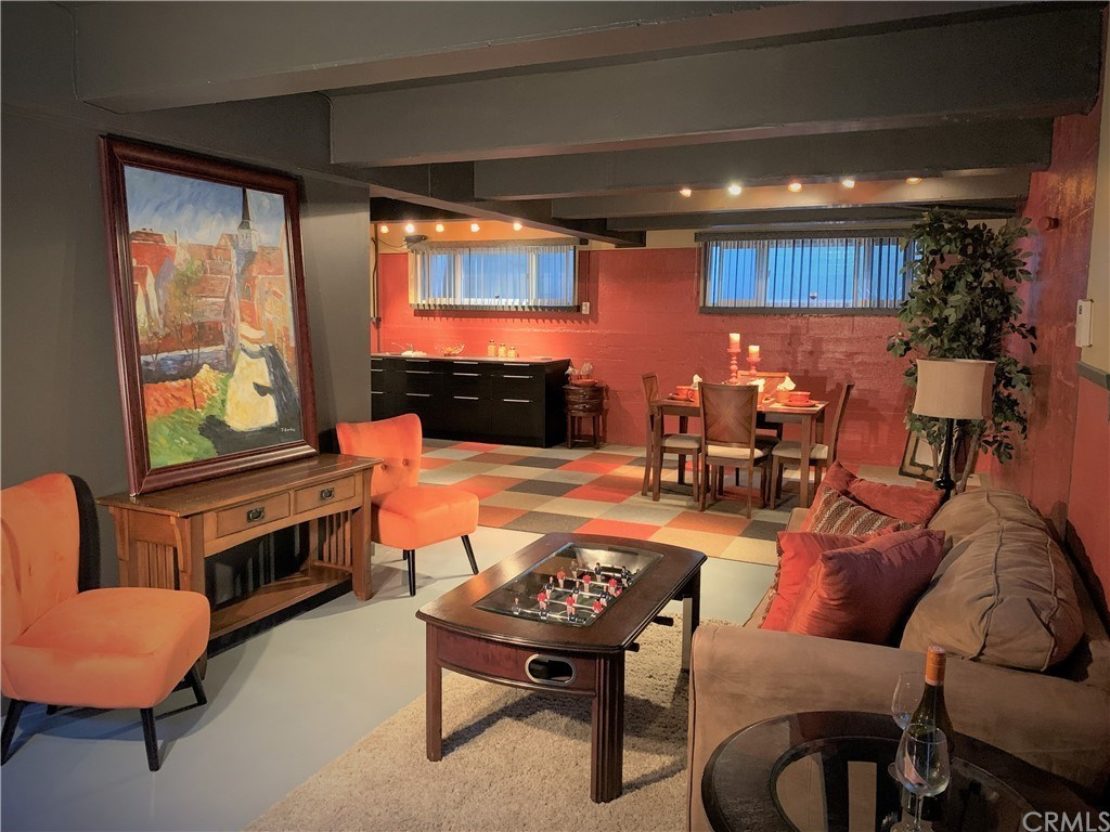 The finished and permitted basement in a South Rose Park home on Orizaba Avenue that’s for sale at $929,900. Listing photo.

Both homes, being in historic districts, are subject to a host of guidelines and restrictions regarding what can be done to the property in terms of paint, windows, additions, landscaping, fences, roofs, porches, driveways and every other detail imaginable. For an idea of what’s in store for you if you buy a house in Rose Park or other historic districts, click here, or here.