The Historical Society of Long Beach today unveiled a long-awaited project at its museum gallery showcasing the stories of dozens of local women who made a lasting impact in their communities.

The exhibition, “A Women’s Place,” is meant to honor women’s work and their lives more than 100 years after the adoption of the 19th Amendment, which gave women the right to vote.

“It’s important for Long Beach to know that these are a very diverse group of women that come from different backgrounds and that bring their own background to make a better community,” said Program Director Bianca Moreno.

The Historical Society of Long Beach was founded in 1962. The organization is a nonprofit that collects, preserves and exhibits the material history of Long Beach to connect people to the past. 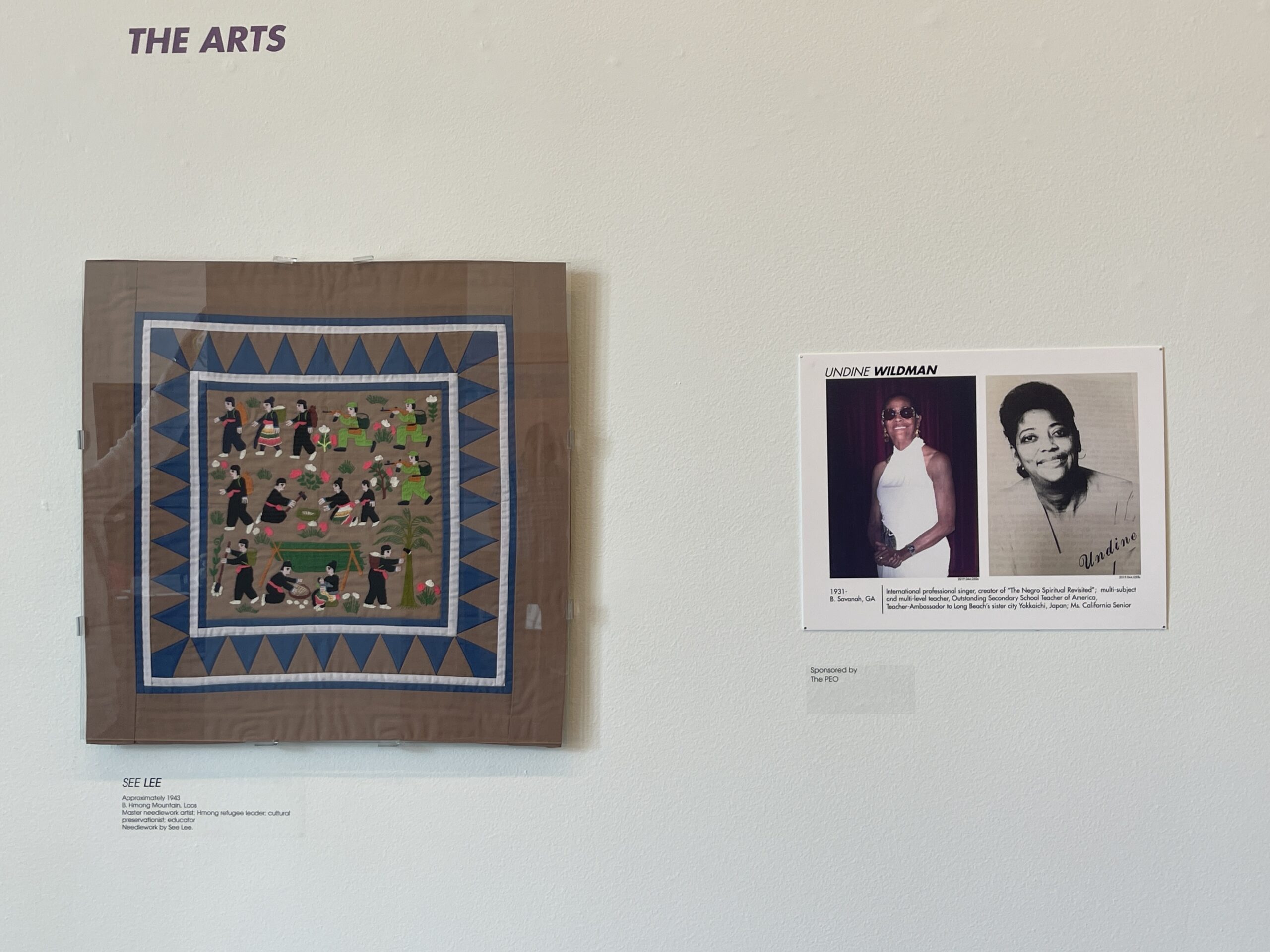 A design made by Hmong needlework artist See Lee (left) alongside the story of Undine Wildman, a professional singer. Photo by Fernando Haro.

Roughly four years ago, coordinators for the project reached out to the local community to see if there were any stories about Long Beach women whose work to create stronger communities may have been overlooked throughout history.

“We recognize the importance of hundreds who led in government, business, and institutions, whose names are very familiar, and whose obituaries and life stories make the front page of newspapers,” according to a statement on display by the Historical Society of Long Beach Executive Director Julie Bartolotto. “This show is about some of those whose names you may not know.”

What the museum got from its efforts were 77 unique stories of women whose contributions in several different fields from education to law helped change the world, coordinators said.

One of those stories was about Chizuru Nakaji Boyea, a United States-born woman whose parents immigrated from Japan. As a young woman, Boyea was sent to Manzanar, an infamous concentration camp where more than 120,000 Japanese Americans were imprisoned during World War II.

While at the camp, Boyea tried to make the best of her situation, her family says, organizing efforts to help children at the camp continue their education.

After the war, Boyea went on to earn her master’s degree in library science and had a long career in library services, which included working as a public librarian in Long Beach for 25 years.

Boyea had four children. Two of them, Paul and Shivaun, were in attendance Saturday afternoon for the unveiling of the new project.

“It’s an honor,” Paul said about having his mother’s story forever archived as a piece of Long Beach history. “She taught us a lot in terms of humility, social justice, looking out for other people and empathy. It’s the foundation of who we became.” 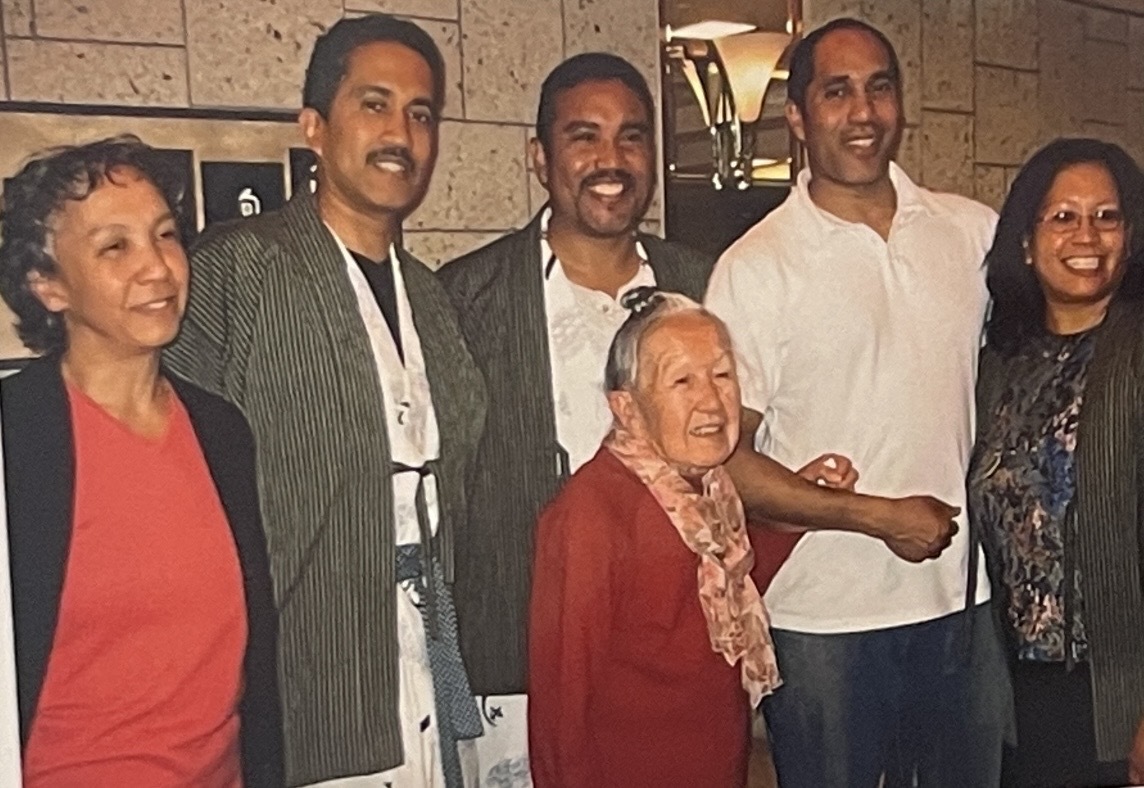 Chizuru Nakaji Boyea with her family during a trip to Japan, circa unknown. Photo from display at Historical Society of Long Beach.

The museum, at 4260 Atlantic Ave., is free and open from Tuesday to Saturday. The hours of operation are: