Among well-connected people in Long Beach, it had been the worst kept secret for more than a week: The federal government had asked the city to use the Convention Center to temporarily house unaccompanied migrant children.

The request started with a call from the White House to Mayor Robert Garcia’s office on March 25. It wasn’t until 10 days later that the city officially revealed the idea was under consideration.

City leaders had declined to confirm the news when the Post first reported on April 1 the Convention Center was under consideration—instead officials announced the plan four days later on the afternoon of April 5.

In the interim, city staffers had mobilized to coordinate logistics and learn about how a similar plan was working in San Diego. But there was also political maneuvering.

Hours before the plan appeared on a City Council agenda Monday, Garcia, who is close with senior members of the Biden Administration, began rallying supporters. In a private meeting with 25 to 30 community groups, Garcia asked them to speak out in support of the proposal and urge the City Council to approve the idea.

“Absolutely we wanted to encourage them to give their support,” the mayor said. 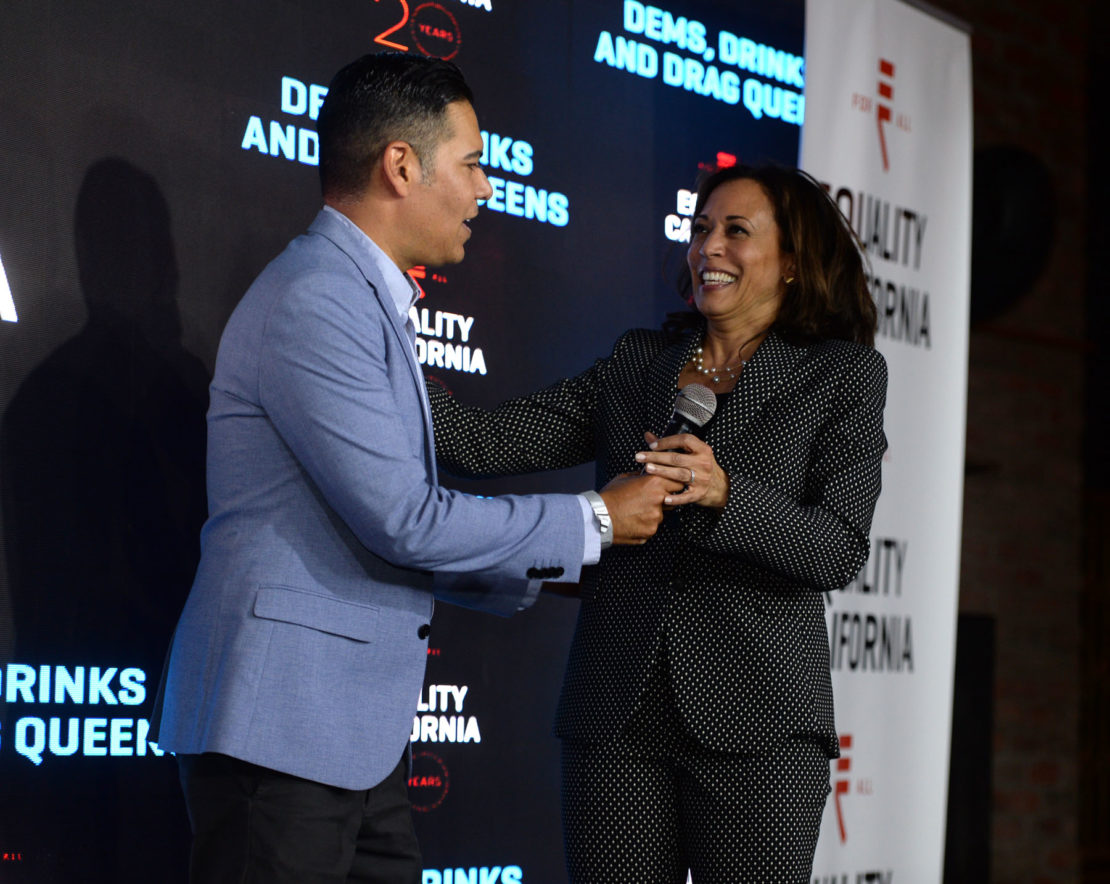 Tuesday night, when the City Council took up the issue at an emergency meeting held on short notice, the council was met by a fusillade of near-unanimous support during the public comment section—despite the fact that immigration is a lightning rod on the national stage, and that leaked news of the proposed shelter had generated fierce debate on social media with conservative naysayers arguing that people crossing the border illegally should be immediately sent back to their home countries while those on the left said sites like the one proposed for Long Beach are merely dressing up Trump-era detention centers where kids were kept in cages.

The lone speaker at City Council who was somewhat critical of the idea was James Suazo, executive director of the community group Long Beach Forward, who said the city should not be in the business of expanding what he described as detention centers and criminalizing people crossing the border.

Suazo, and another local immigrant rights organizer, Gaby Hernandez, said several of their members tried to sign up to speak against the proposal but either weren’t able to sign up in time, were confused by the several different City Council agendas for that day or were simply pushed out of the queue by supporters who filled up the 20 available slots for speakers at the meeting.

The speakers who got a chance to weigh in included Garcia’s close friends, political allies—and even his brother.

“It’s clear from Tuesday’s public comment that speakers were overwhelmingly mobilized in alignment with the city’s talking points,” Suazo said.

“This highlights what community activists have been saying since the start of the pandemic: the 20 person limit and “first come, first serve” approach severely limits democracy, creates barriers for non-English speakers, and greatly benefits people with power like the mayor’s office, especially in the instance of an emergency meeting with 24 hours notice.

“This is not what democracy looks like,” Suazo said.

Garcia said during a media briefing Thursday that he was pushing for the item to be added to the agenda as soon as possible but the city did not have confirmation from the federal government until Monday. He also said the Congressional delegation, including Reps. Alan Lowenthal and Nanette Barragan, needed to be informed first.

“This is a federal facility, so it’s pretty standard that we weren’t going to make it public until they went through their notification process,” James Ahumada, the mayor’s communications director, said in a text message regarding the decision not to go public with the discussions until the afternoon of April 5.

Garcia said he’d pushed for the legally required public notice to go out about Tuesday’s council meeting as soon as possible. But it ended up going out with the absolute minimum amount of time—24 hours—and required the council to hold an emergency special meeting in the middle of their regularly scheduled one.

Garcia said the delay came from the city attorney’s office.

City Attorney Charlie Parkin said Friday that the city had been in preliminary negotiations with the Federal Emergency Management Agency last week, but had not been in contact with the federal Department of Health and Human Services, the department that is expected to run the site, until April 3.

While a councilmember or the mayor could have added the item to the agenda at any time, the decision was made to wait until an actual discussion could be had, Parkin said.

“We wanted to wait until we got something from HHS that at least outlined the parameters of what they wanted to do,” Parkin said. “That came the Saturday of Easter weekend.”

Parkin said the logistics of scrambling city employees on a holiday weekend, some of whom were out of town, played into the item being placed on the agenda Monday afternoon, after Garcia had met privately with nonprofits trying to gather support for the item.

At a media briefing Thursday, Garcia said he did rally people to try to give the project a boost before the City Council agenda was publicly posted, but he pointed to other ways people have to express their opinions even if his allies took most of the available slots to speak directly to council members.

“But I think that one of the great things about public comment is you can comment, you can e-comment,” Garcia said. “We’ve been receiving emails. So there’s a lot of ways obviously of giving your input.”

David Snyder, the executive director of the First Amendment Coalition, said that while the state’s laws governing open meetings don’t include a hard rule on the amount of time speakers can have, it’s very clear about rules that discriminate against points of view.

Snyder said the 20-person limit at City Council should be used situationally. If a meeting is going to last 12 hours it might be reasonable to impose restrictions, but if there’s a meeting like the one Tuesday, with one controversial item, limiting speakers could be interpreted by a court as an unreasonable suppression of speech, Snyder said.

“If the result under this rule is that people with a certain viewpoint, whether it’s supporting the mayor or being politically liberal, then I think there’s a Brown Act issue there,” Snyder said.

He said the rule also runs the risk of only allowing access to those who are tuned in or have advance notice of items being added to the agenda, something that happened in the case of the Convention Center vote.

“That’s another reason that a hard cut off like this is inviting trouble,” Snyder said.

Kelly Puente and Crystal Niebla contributed to this report.