Long Beach Cambodian groups and city leaders hosted a vigil Friday evening where over 50 people mourned the victims of Tuesday’s shooting in Atlanta, Georgia, in which eight people were killed.

Saro emceed the event, and passed a microphone around to community members who spoke about their fears following the violent shooting. Six of the victims were Asian women.

“I feel scared when I go out into the community because of racism,” said Sanghak Kan, community activist and board member of the AOC7 Neighborhood Association.

Hate crimes directed toward Asian communities have increased recently throughout the country, however in Long Beach there have no reports of hate crimes targeting Asian residents from Jan. 1, 2020, to Feb. 28. Experts and community leaders, however, say the crimes may be underreported.

In fact, Long Beach politicians are worried specifically about rising violence against Asian Americans, and that anxiety was heightened after Tuesday night’s  shooting spree at several Atlanta-area spas.

Although authorities say the gunman—now in custody—denies the killings were racially motivated, the shooting has become a high-profile example of the intensifying violence, hate and anxiety many members of the Asian American community say they’re experiencing.

“The next city might be Long Beach,” said Charles Song, a leader in the Cambodian community.

Cambodians came to Long Beach after surviving the killing fields “with a promising hope to be like one of you,” he said, referring to mass graves in Cambodia where more than a million people were slain by the Khmer Rouge regime in the late 1970s.

At Friday’s vigil, speakers condemned the Atlanta shooter’s actions and called it an act of White supremacy.

Gyokei Yokoyama, minister of the Long Beach Buddhist Church, led the group in a prayer for the victims of the shooting.

“As a member of the Japanese-American community, I support efforts to stop intentional and unintentional instances of violence,” he said. 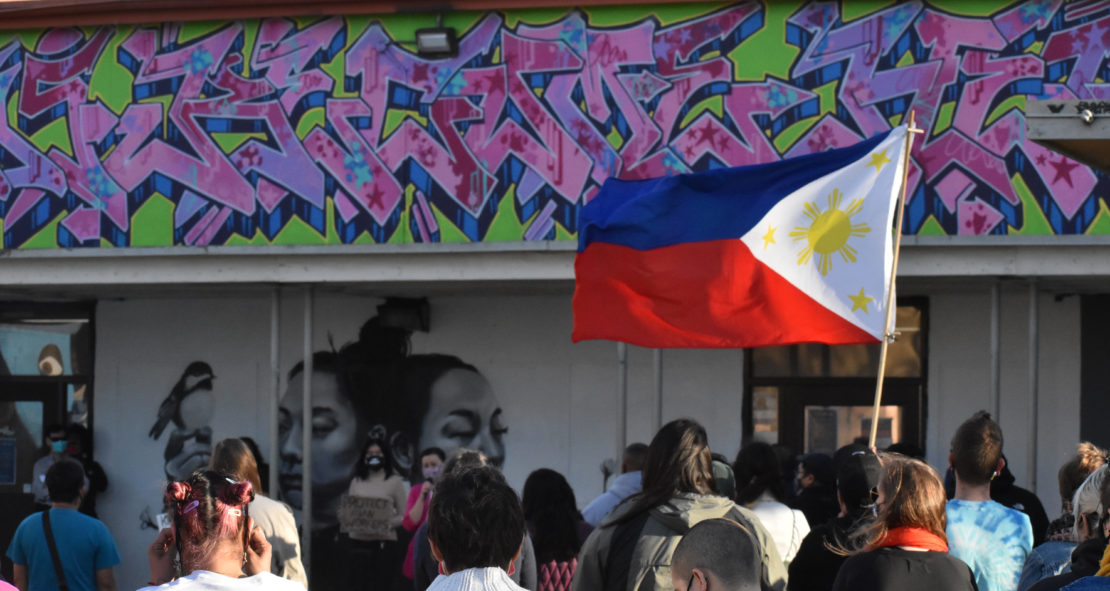 A Filipino flag flies over a group of people at McArthur Park during a vigil to condemn attacks against Asian Americans on Friday, March 19, 2021. Photo by Sebastian Echeverry. 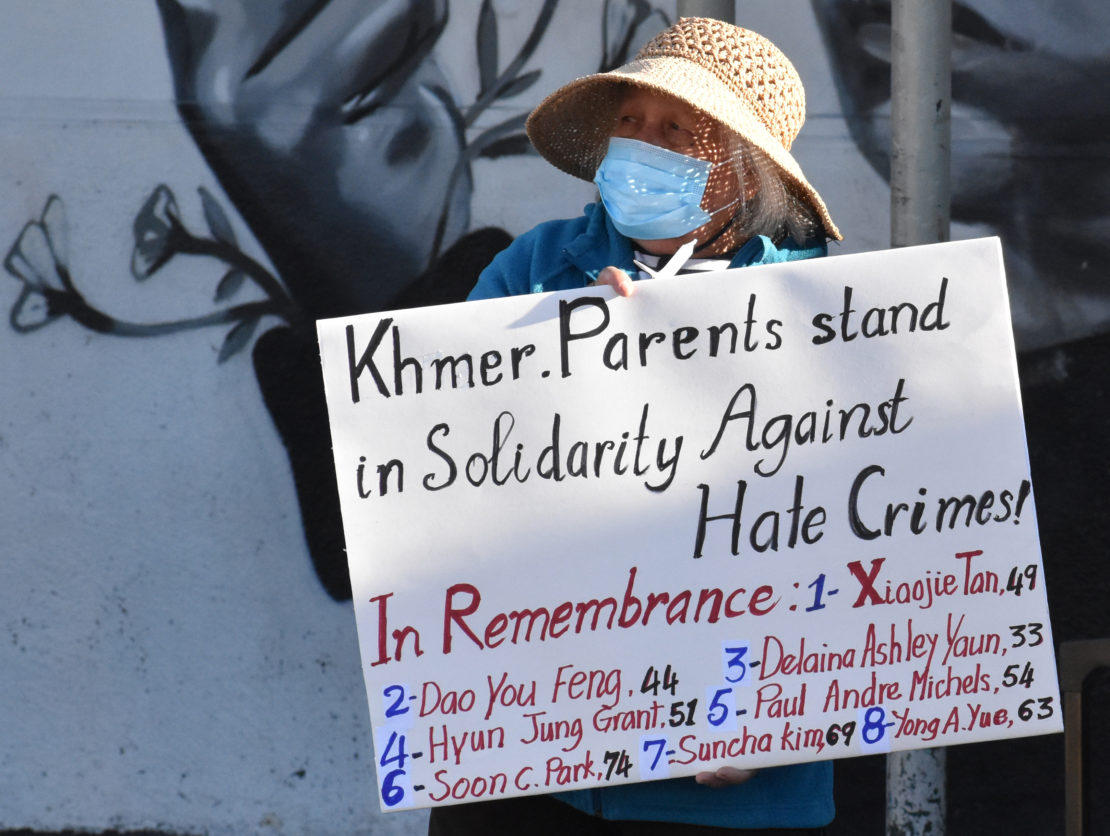 Rota Prom holds a sign at a vigil with the names of the victims in a deadly shooting that took place in Atlanta, Georgia. Friday, March 19, 2021. Photo by Sebastian Echeverry. 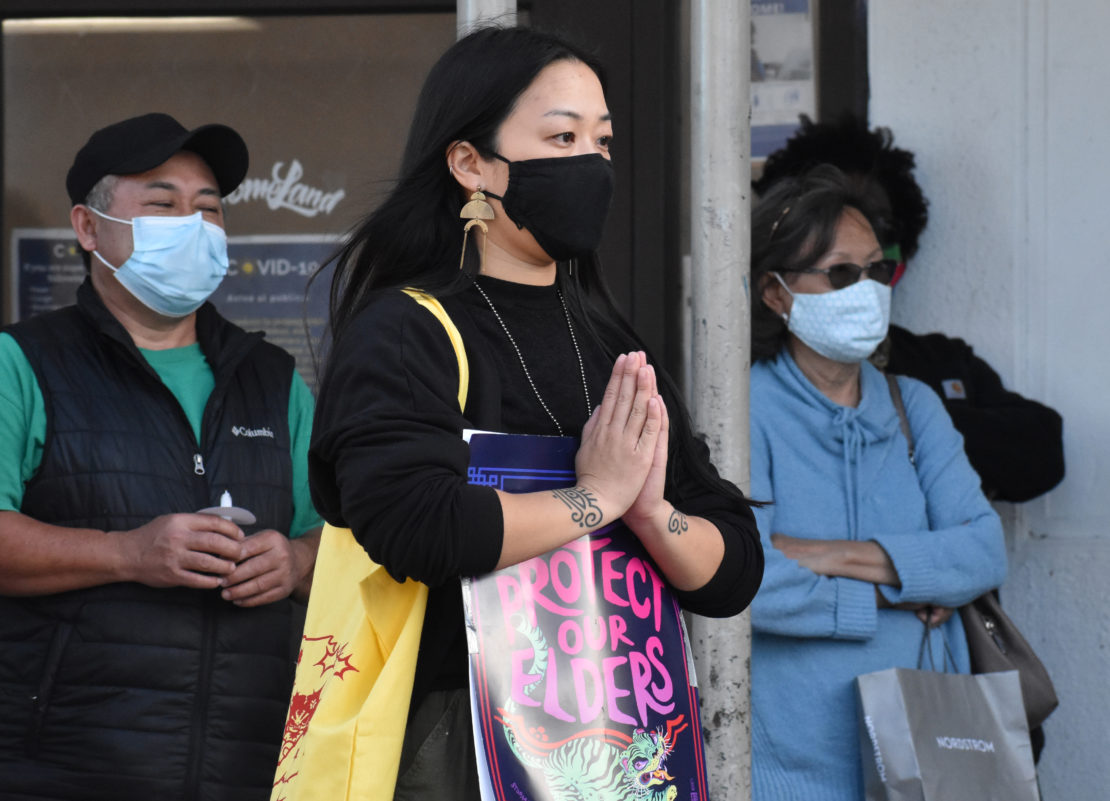 Serena Au watches on as a Cambodian elder speaks during a vigil condemning violent acts against Asian Americans on Friday, March 19, 2021. Photo by Sebastian Echeverry. 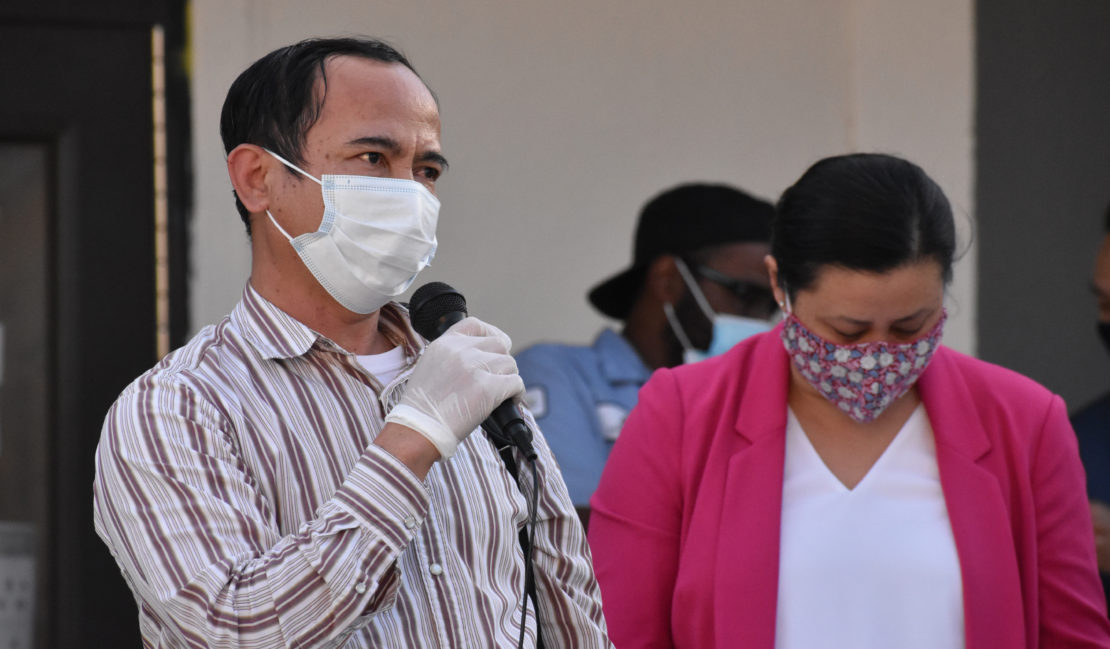 Sanghak Kan with Councilwoman Suely Saro speaks during a vigil in McArthur Park to condemn violence against Asian Americans on Friday, March 19, 2021. Photo by Sebastian Echeverry. 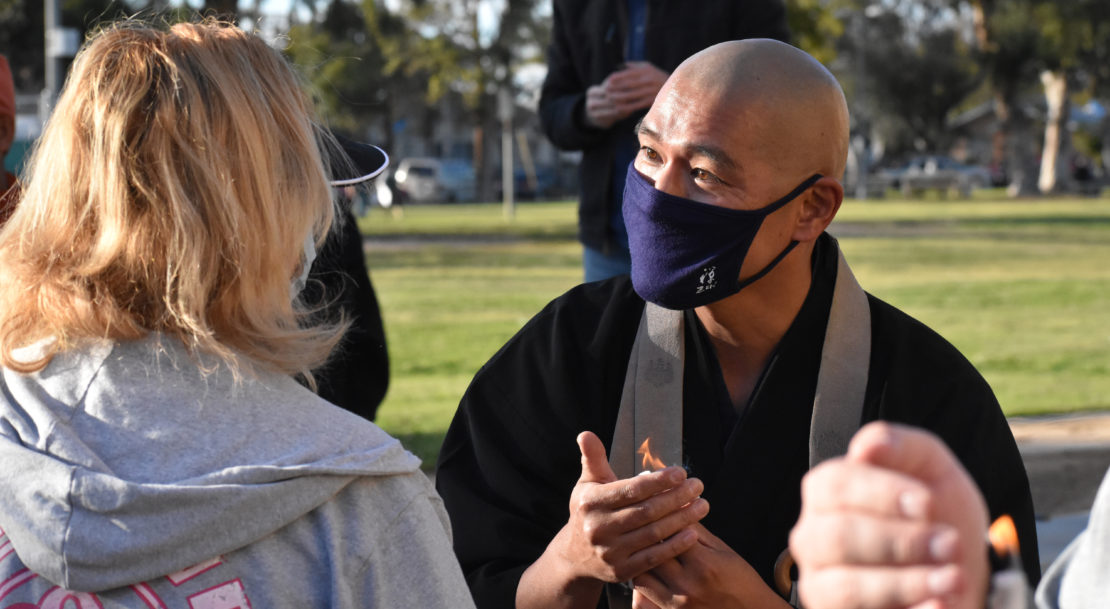 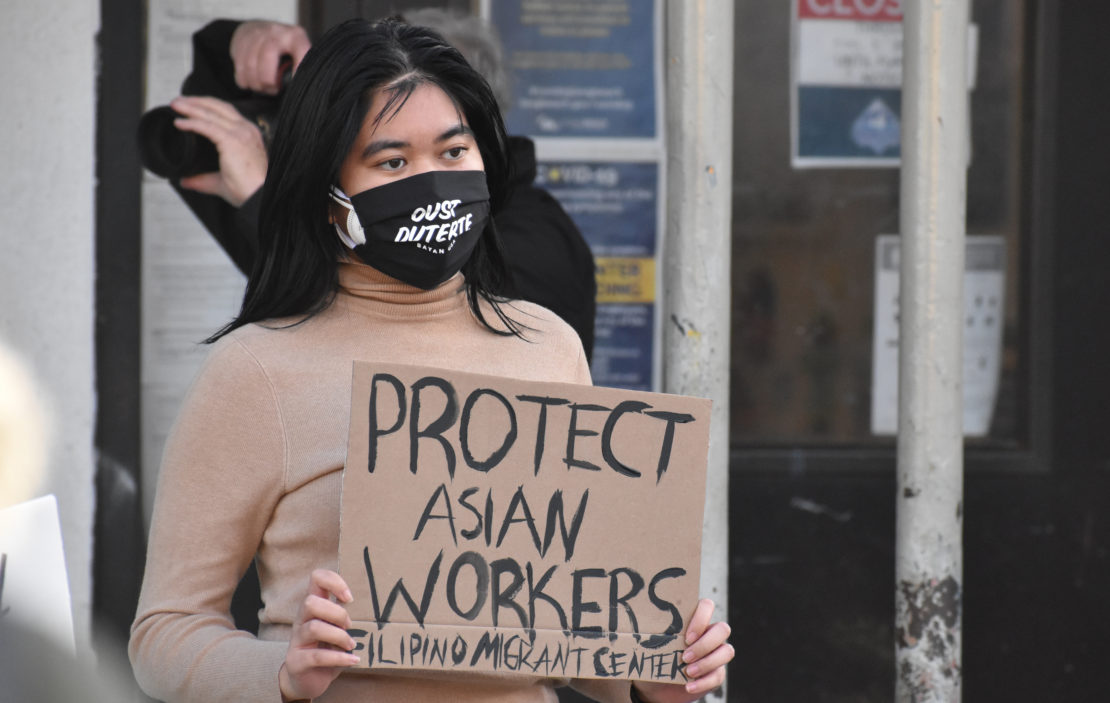