In 2020, there were 81,083 reported deaths in Los Angeles County, marking a 26% increase, according to a new report from the Department of Public Health. COVID-19 was the second leading cause of death. 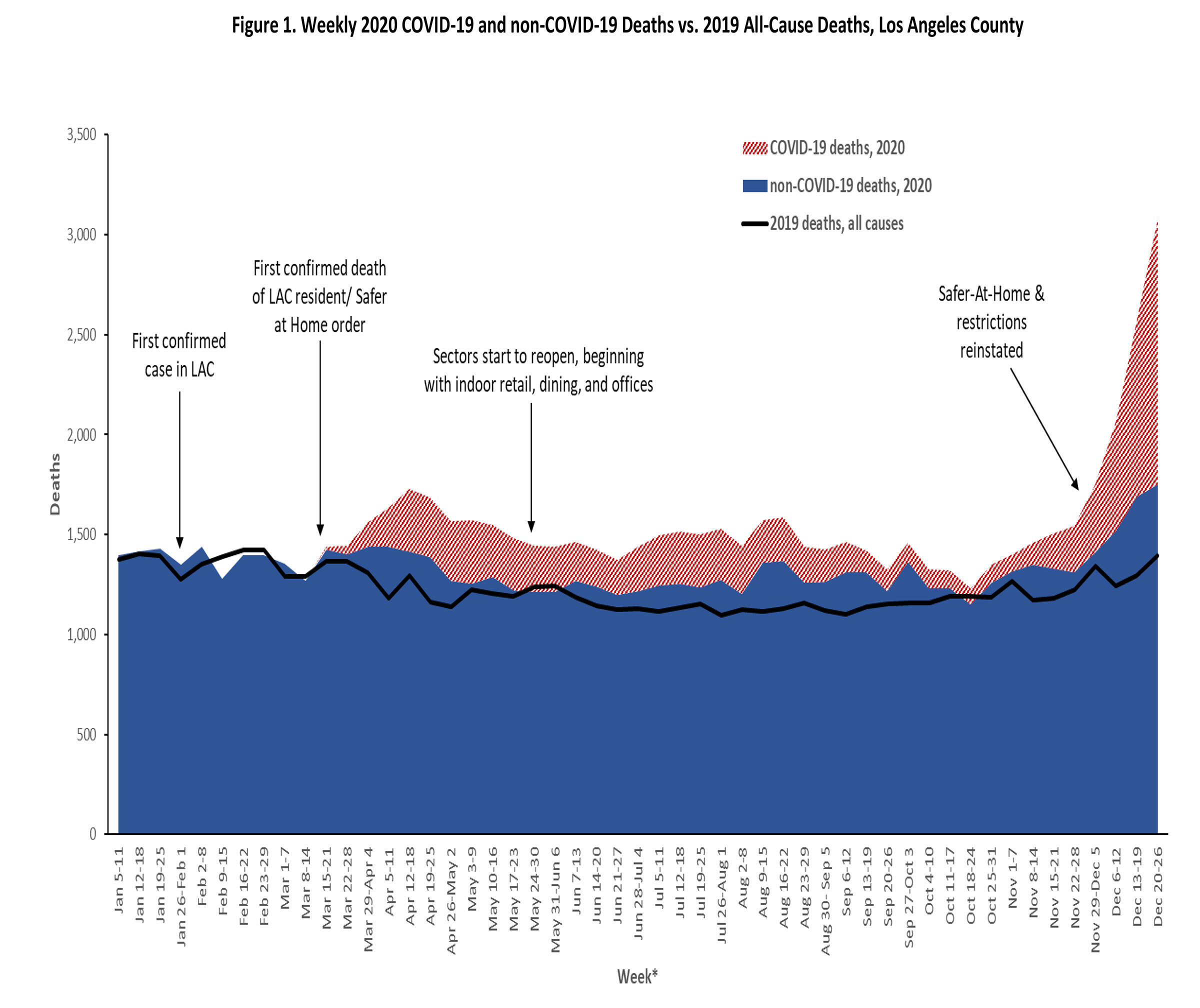 “The large increase in deaths over the space of only one year is unprecedented in modern times, and to a large degree reflects the devastating impact of the COVID-19 pandemic,” Barbara Ferrer, director of public health, said in a statement.

Coronary heart disease, which saw a 10% increase over 2019 figures, remained the leading cause of death in 2020. The disease accounted for 12,207 deaths.

White people had the lowest year-over-year increase in death rate at just 10%. By contrast, the American Indian death rate increased 63%. The death rate for Latinos, Native Hawaiians and Pacific Islanders increased 42% and 39%, respectively. The Black and Asian death rates both increased 26%. 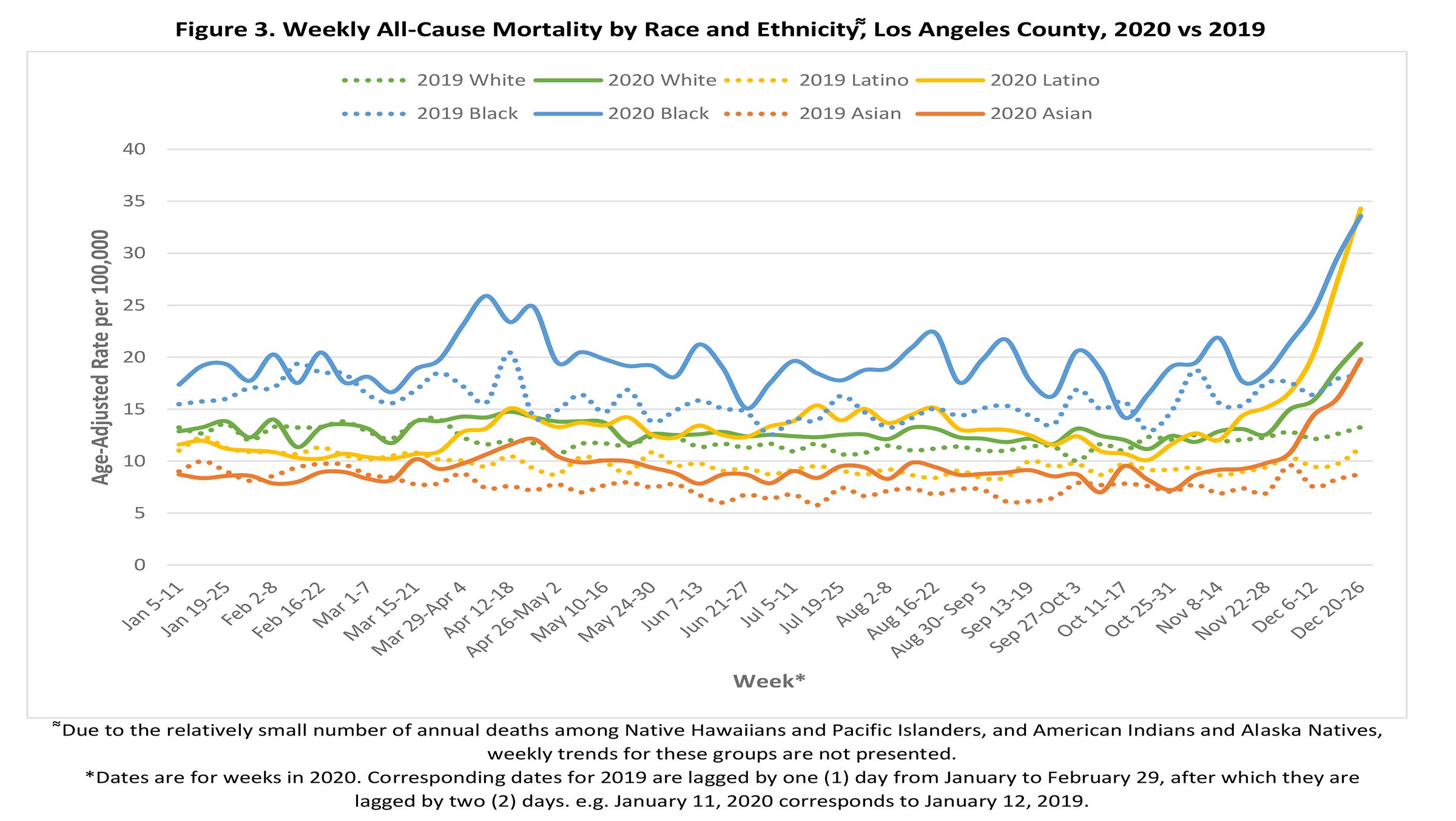 “The disparities we see are longstanding but have been worsened by the COVID-19 pandemic and are rooted in the inequitable social, economic, and environmental conditions, structural racism, and differential access to health-promoting resources experienced by different groups,” Ferrer stated. “While we continue our essential efforts to reduce risks from COVID-19, it is imperative that we recognize that these efforts are inextricably linked with other vital endeavors needed to address the underlying inequities that drive the disparate death rates seen across the county.”