After string of broken windows and a break in, community rallies for La Esquinita restaurant • Long Beach Post News
- ADVERTISEMENT -

Looking through security footage at his restaurant, Erik Vasquez was able to watch the moment a man casually threw a rock at the building that represents a proud piece of his life’s work.

Footage shows the unidentified man strolling past La Esquinita Mexican Grill and aiming a large rock at a window. After failing to break it the first time, he picks it up and throws it against the glass again, shattering it.

It was the second of three crimes that have piled thousands of dollars of debt on the family-owned restaurant, a seemingly senseless string of break-ins and vandalism.

“…to destroy someone’s property just because is on another level of low,” the family wrote on its Instagram page after one of the earliest in the string of incidents that they’re still trying to recover from. 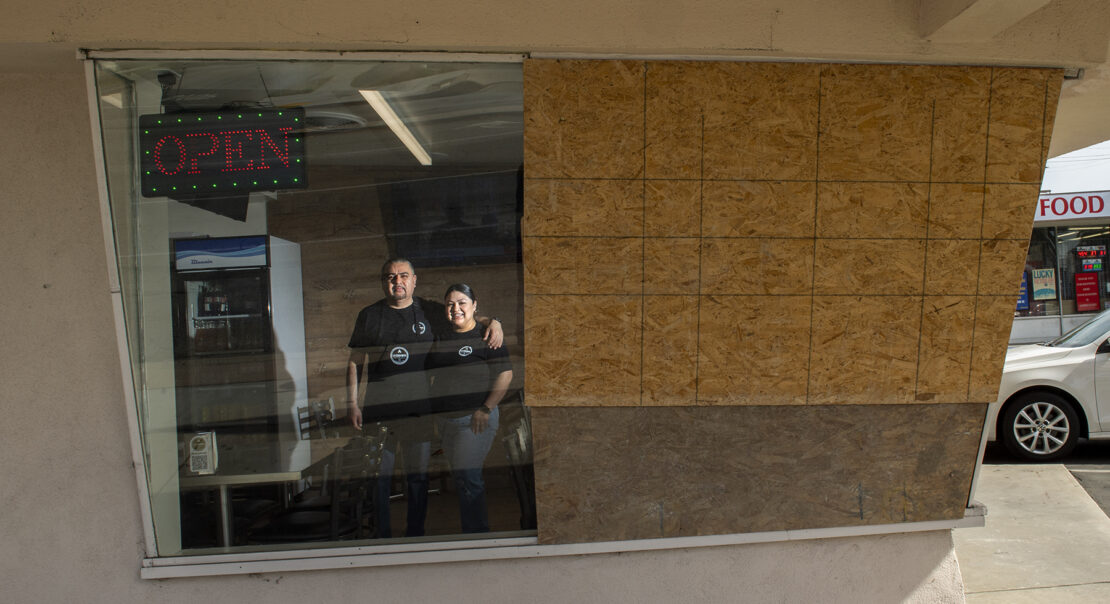 Erik Vasquez, owner and his sister Cynthia Zaragoza stand next to a boarded-up window that was busted in their new restaurant La Esquinita Mexican Grill in Long Beach Tuesday, April 26, 2022. Photo by Thomas R. Cordova.

Vasquez’s path to opening La Esquinita in Long Beach began in childhood when he would watch attentively as his grandmother cooked for him and her seven children every day in the small ranch town of San Luis Potosí in Central Mexico.

His mother and siblings had already built a life in the U.S., so, at 17, he left his home in Mexico to meet them for the first time. Vasquez said he felt lost and uncertain when he arrived, missing his grandmother, aunts and uncles, but he found his footing at Chema’s Place, a popular family-owned Mexican restaurant at 10th Street and Alamitos Avenue where he worked for over 23 years.

There he was a busboy, a dishwasher and eventually a cook, where he was able to build on the passion for food his grandmother inspired.

When a vacancy appeared at a small corner on 755 W. Willow St. almost three years ago, Vasquez jumped at the opportunity to make the dream of opening his own restaurant come true. 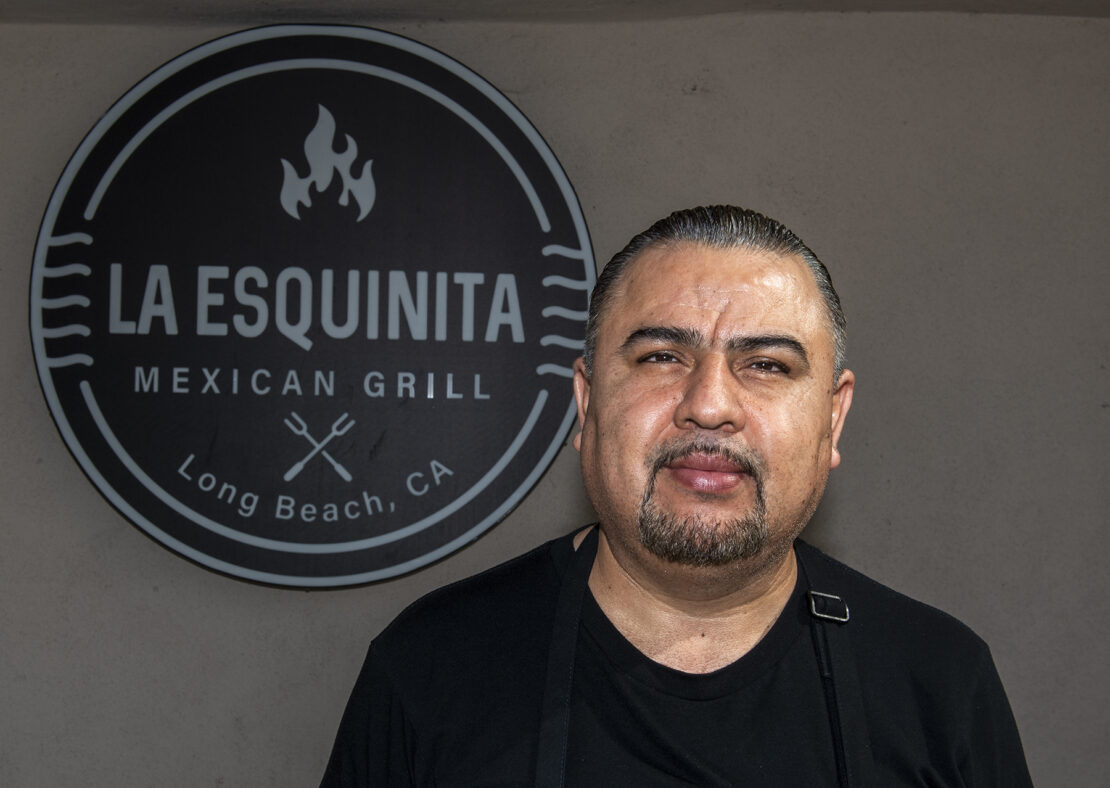 Now, Vasquez is the proud owner of La Esquinita Mexican Grill in the Wrigley neighborhood, the same place in Long Beach where he first arrived and where his family has now lived for over 40 years.

“The flavors and recipes come from (my grandmother) but they are also taken from where I worked at Chema’s,” he said.

Two months after opening in October 2021, La Esquinita got its first major setback.

On the morning of December 18, 2021, the family arrived to open the restaurant and saw a sidewalk strewn with shattered glass and the side of their business exposed. Nothing was taken from inside but the broken window cost them $1,500 to repair.

A few months later, on April 17, was when the security cameras captured a man casually shattering another window at La Esquinita.

What’s worse, less than 24 hours later on April 18, two men in hoodies broke in through the restaurant’s back door. “They took some things but nothing too important, we think they were looking for a safe,” said Cynthia Zaragoza, the social media manager at La Esquinita and Vasquez’ younger sister.

Police say no suspect information is known in any of the crimes, and all three investigations are ongoing.

But neighbors and customers have rallied to support La Esquinita. This month, a GoFundMe page has raised over $1,700 to cover some of the damages. Vasquez says that surrounding businesses have also offered their support and have come in to buy food frequently since the crimes.

“It is hard to keep moving forward,” said Vasquez after having worked so hard for over two decades. “But we hold each other up.”