The Long Beach Unified School District, the city’s largest employer with some 12,000 workers, will announce Tuesday that it is requiring employees to either provide proof of vaccination or participate in weekly COVID testing this school year, according to internal communications reviewed by the Post.

LBUSD staff was informed of the decision in an email from superintendent Jill Baker.

“In order to do everything that we can to maintain the health and safety of our staff and students, we will be requiring all staff to provide proof of vaccination or participate in weekly COVID testing when school starts this year,” Baker said in the email.

The decision makes the LBUSD the largest K-12 school district in California to put such a policy in place. 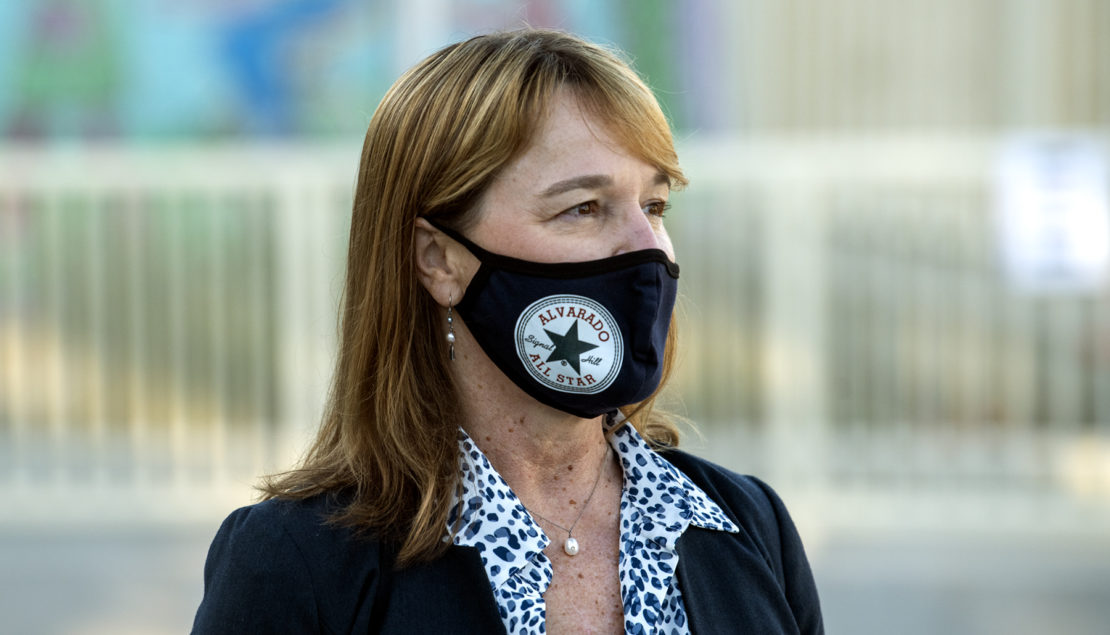 The LBUSD school year starts for most campuses on August 31. That’s just 22 days from now, but LBUSD teachers have had access to the vaccine for several months. They were the first teachers in Southern California to have access to it during the early days of the rollout when many groups were jockeying for a place in line. The entirety of the district’s staff has had access since early March.

It’s not clear how many teachers and other employees have already been vaccinated. Late last month, Baker said she estimated about 70% of staff had already been inoculated, but she said that data was still being collected.

In Monday’s email, Baker said more information will be forthcoming for employees.

“In the next week, our team will be communicating all of the details on how we’ll manage this safety measure alongside educating our 70,000 students and we will be working TALB and CSEA to ensure that any association concerns are addressed,” she said.

Major school districts across California have taken varying approaches to requiring testing or vaccines, but they have generally fallen short of a blanket mandate. San Jose Unified is taking a similar approach to LBUSD while Los Angeles Unified and San Diego Unified are requiring regular testing for all staff and students regardless of vaccination status.

The LBUSD has repeatedly said it will not perform regular surveillance testing for COVID-19 on students.

Lawmakers and statewide education unions have generally encouraged those working on campus to get the vaccine but not endorsed the idea of a mandate.

TALB represents the district’s teachers and is the largest union in the city. TALB executive director Chris Callopy said last week that he was expecting a mandate to come down at some point prior to the start of the school year and that he expected most of the district’s teachers to be on board, although he also said he assumed there will be a vocal minority who pushes back in opposition.

CSEA represents the district’s classified staff including most on-campus non-teachers, including nutrition workers and maintenance staff. The CSEA and the LBUSD are currently at a contract negotiation impasse as the two sides are at odds over the size of the raise offered by the district for the upcoming school year, among other issues.

With just weeks before school starts, officials urge students to get vaccinated now