Stumbling down my own personal memory lane, I dove into the dusty and yellowed archives to find out what was in the local news on the day I launched my career as a copy boy for the Independent. Press-Telegram on May 1, 1976. It was a Saturday, with “morning low clouds, otherwise fair through Sunday. High near 80, low 55.” Part of my job was to write the daily weather “ear” that appeared to the right of the masthead. I have no reason to believe that the day’s climate was any different than I predicted it would be.

The big news of the day’s paper was the discovery of the so-called “Mormon Will” that indicated a  man who ran a gas station and convenience store in Willard, Utah was in line to inherit a sizable fortune from billionaire Howard Hughes, who had died a month earlier.

Maybe you remember Melvin Dummar, who was supposedly included in Hughes’ will, with the eccentric aviation, film and oil magnate earmarking one-sixteenth of his considerable wealth, which was around $2.5 billion, to Dummar who had said he was driving across the desert en route to LA in 1968 when he came upon “a skinny old man, ragged and bleeding” and sprawled on the side of the road.

Dummar said he picked up the old man and drove him to the Desert Inn Hotel in Las Vegas and when Hughes asked for a quarter, Dummar gave him one.

It was, according to the sort of legend you’d want to believe, a compassionate act that the reclusive Hughes would never forget and which he would reward by bequeathing about $150 million worth of his estate to this rambling desert man.

Dummar was featured in the Long Beach Independent, Press-Telegram because he was a 1962 graduate of Long Beach’s Wilson High School who went on to attend Long Beach City College.

At LBCC, Dummar studied real estate and business law and in 1964 had a role in the college’s play “You Can’t Take It With You,” in which a reviewer noted he had “picture-book looks,” but said nothing about his performance as the “wildly rich young man Tony Kirby.”

According to his high-school girlfriend, Dummar was “a super-nice guy” who regularly attended the LDS church on Ximeno Avenue near Wilson.

After LBCC, Dummar spent two years in the Air Force before continuing his life in small towns in Nevada and Utah—Gabbs, Fallon, Willard, Brigham City—working in gas stations and peddling frozen meat door-to-door in small towns without easy access to grocery stores.

When the Mormon Will first hit the news, Dummar and his family initially went off the grid and into seclusion, away from the hounding media who were more interested in his unlikely inheritance than in any of the other benefactors included in the document that had turned up in the headquarters of the Church of Latter-Day Saints in Salt Lake City.

The three-page will was carefully analyzed for weeks—the handwriting, the frequent misspellings, including Dummar’s name, which was written as “Du Mar,” and testimony from various people close to Hughes during the years he was living alone in the Desert Inn. And Dummar became something of a folk hero and a pop cultural figure. Comedians made material of the plain-speaking man and his perhaps-impending riches. Johnny Carson predicted that there would soon be an uptick in motorists picking up hitchhikers.

Eventually, the will was determined to be a fake by a Las Vegas district court jury who ruled that it was not written by Howard Hughes, and the will was ultimately settled in 1981 in a Texas probate court that divided the estate among descendants on Hughes’ mother’s and father’s sides.

That was the end of Dummar’s hopes and fantasies, but not the end of the public’s infatuation with the would-be fairytale story.

In 1980, filmmaker Jonathan Demme released the imaginative “Melvin and Howard,” starring Paul Le Mat and Jason Robards in the respective roles. The film was enthusiastically received by audiences and critics. Screenwriter Bo Goldman (“One Flew Over the Cuckoo’s Nest”) and actress Mary Steenburgen, who played Dummar’s wife Lynda, both received Academy Awards.

Dummar had a cameo in the film, doing a credible job portraying a worker at a food counter in a bus depot. 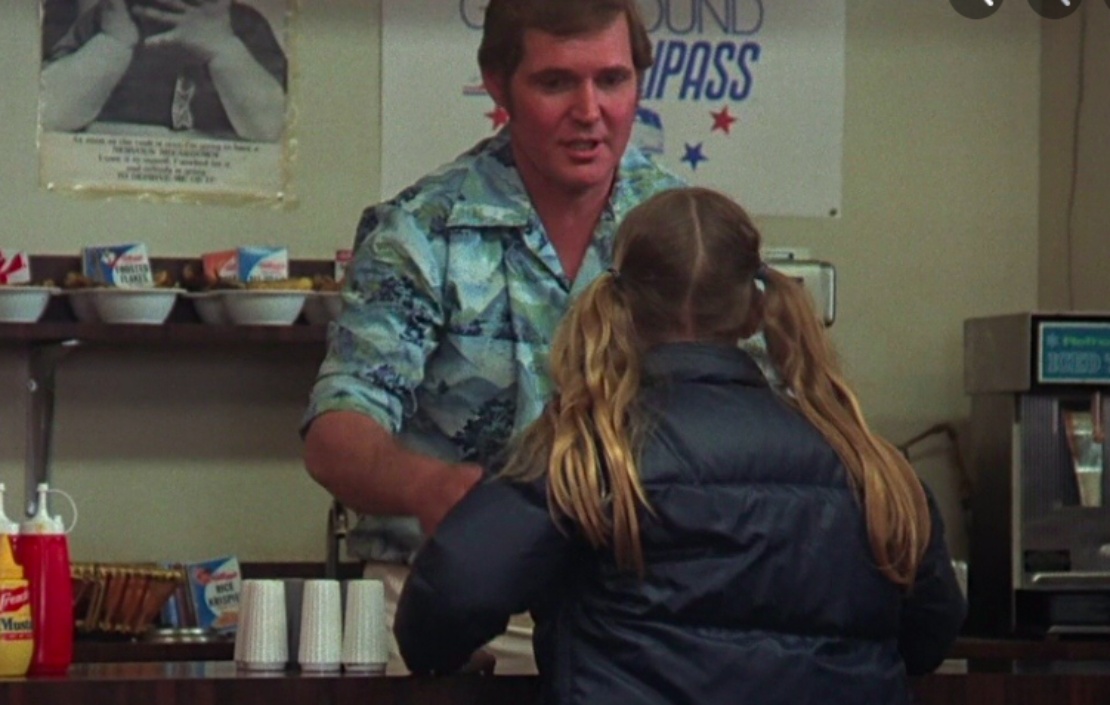 Melvin Dummar had a cameo appearance as a food-counter worker in “Melvin and Howard.” Screen photo.

While the Mormon Will came closest to paying off, it wasn’t the only attempt to cash in on Hughes’ fortune. In the days following Hughes’ death, more than 600 people made claims to the estate and some 40 bogus wills had been produced.

Dummar died of cancer in 2018 in Pahrump, Nevada, just another one of those towns that he seemed to favor before and after his days of big-city living in Long Beach. He was 74.

Local history: The 26-second flight of the Spruce Goose