Everything came together for Long Beach with one giant celebratory pairing of events on the Fourth of July in 1902. A confluence of interests between local investor and idea man Charles Rivers Drake and the railway magnate Henry E. Huntington of LA resulted in a mammoth crowd visiting the little seaside town of 2,252 people.

July 4 marked the opening of Drake’s $100,000 bathhouse, a large public pool filled with seawater on the earliest version of the Pike amusement zone, and his pal Huntington used that event to launch his Pacific Electric Red Car line, running from Ninth and Main streets in Los Angeles to Ocean and Pacific Avenue in Long Beach, just steps away from the bathhouse and a short stroll to the beach. Two huge events on one summertime holiday, when thousands of sweltering Los Angeles residents wanted to leave town for the seashores of Santa Monica and, in even greater numbers, Long Beach, which was suddenly accessible thanks to Huntington’s railway. 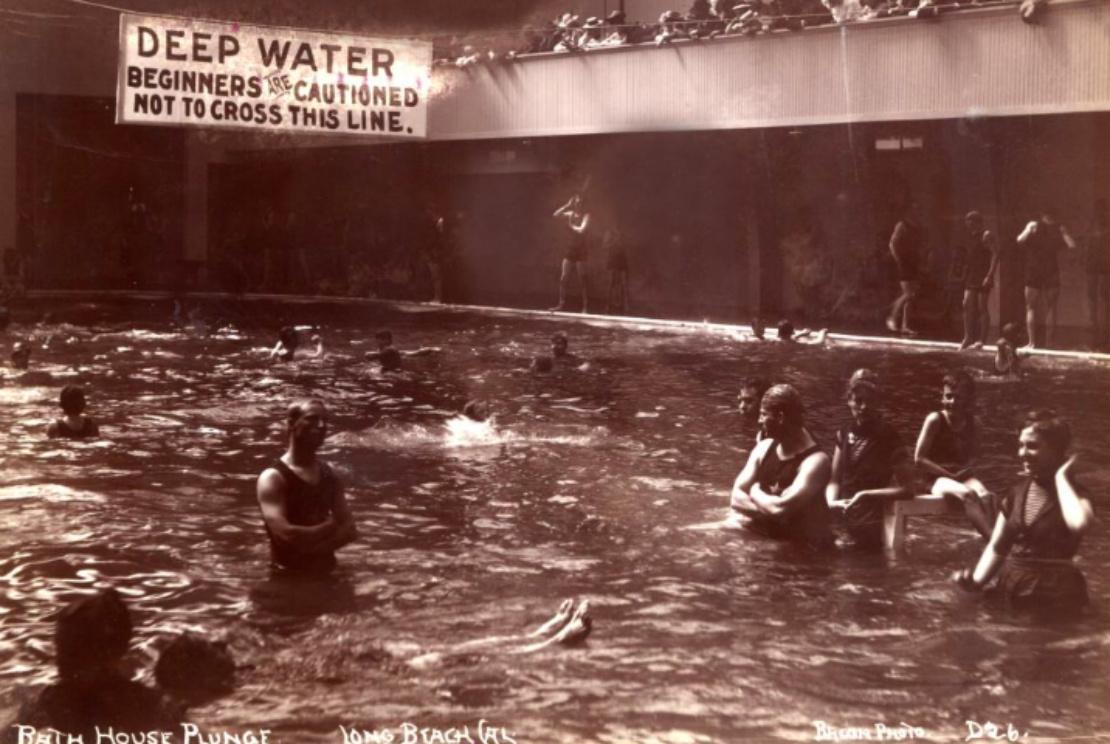 A 1920 photo of the indoor bath house on the Pike. Photo courtesy Long Beach Public Library.

The Los Angeles Times noted that a sizable portion of Los Angeles had fled the city on July 4. It estimated that 40,000 people had bolted for cooler weather and that “Long Beach was the resort that seemed to possess the greatest attractions and the transportation lines running thereto were taxed to their utmost.”

The Red Cars left every 15 minutes and they all overflowed with passengers. Another Times report noted that “every car that left in the morning was weighted to the roof with passengers. They were wedged into the seats and aisles as tightly as matches in a box; some clung to the stanchions and others piled onto the roofs.” 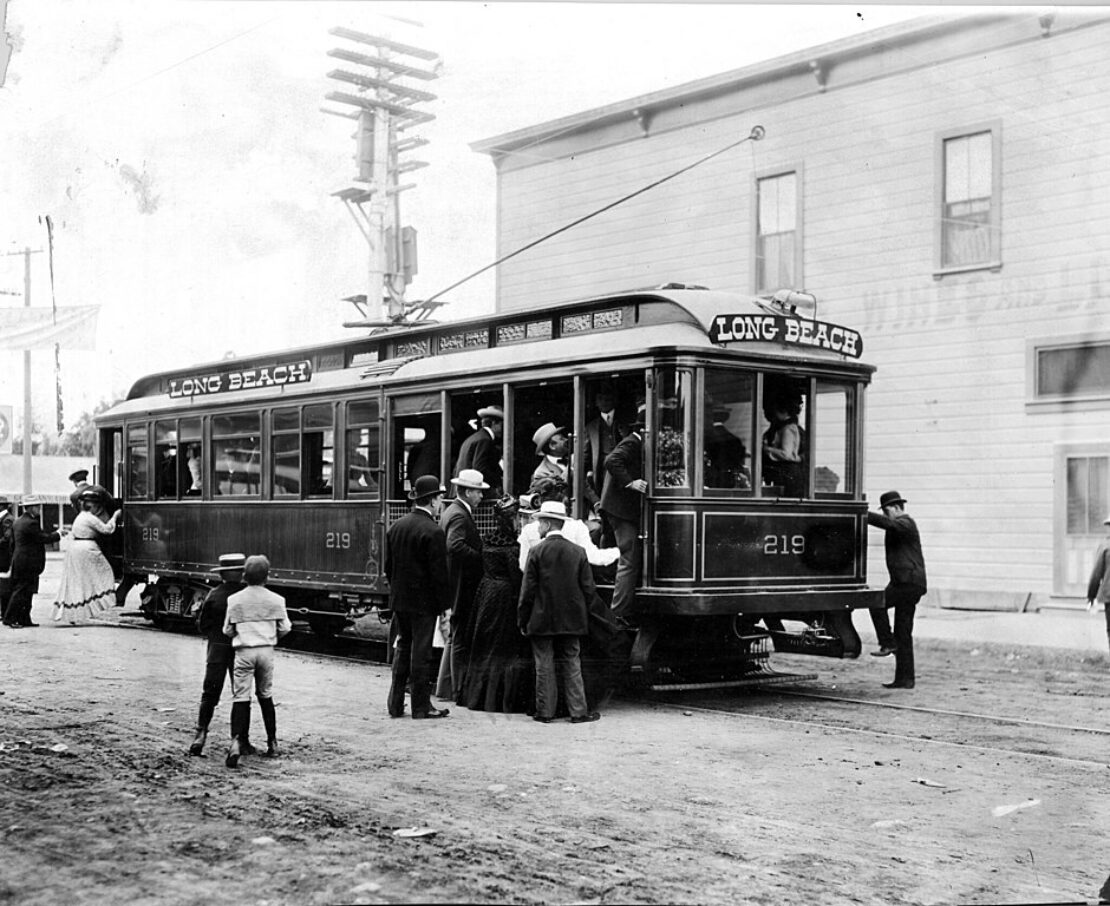 Estimates of the crowd size in town varied from 40,000 to 60,000 visitors, either way filling the town and the strand as they had never been filled before. The town’s self-imposed Prohibition went out the window as the no-alcohol laws were rendered unenforceable.

Bands played in the afternoon and performed at the dance halls along the Pike in the evening for thousands of partiers, while visitors spent an estimated $20,000 in town over the weekend.

Many stayed for an extra day or two, enjoying the surf and sand, even though the beach was so packed with people and their wagons and horses that a casual walk along the high-tide line was practically impossible.

The day was a huge success for the city in terms of showing off its beauty to an immense crowd. Word obviously spread quickly via postcards and letters sent back to relatives in other states, because in the decade following that holiday, Long Beach’s population exploded to 17,809, a 690.8% increase, making it the fastest-growing city in the U.S. in the 1910 Census.