Grace Park is a small recreation area in North Long Beach. It’s a bit over one acre in size with some play equipment, a picnic area and a community garden. It’s a pleasant enough bit of green space but nowhere near as spectacular as the woman for which it’s named.

Grace Olive Wiley was already a nationally known herpetologist—a world-class snake expert who had twice been fired from jobs as curator of snakes and other reptiles perhaps because of her cavalier attitude toward snakes in general and poisonous snakes in particular.

Not only was Wiley a snake expert, she was a snake tamer as well, and she was absolutely fearless when it came to any species of reptile.

She was let go after 13 years as curator of reptiles at the Minneapolis Public Library’s now-defunct natural history museum and later in the same capacity at Chicago’s Brookfield Zoo—both times for being a bit too lax in keeping snakes securely locked up and allowing them to escape into terrorized neighborhoods.

In 1939, by then in her 50s, Wiley drove to Long Beach along with her mother, Mary Gough, and a backseat filled with a crawling menagerie of companions that included snakes—some poisonous—assorted lizards, a tarantula named Gertrude and a two-headed turtle named Nip and Tuck. 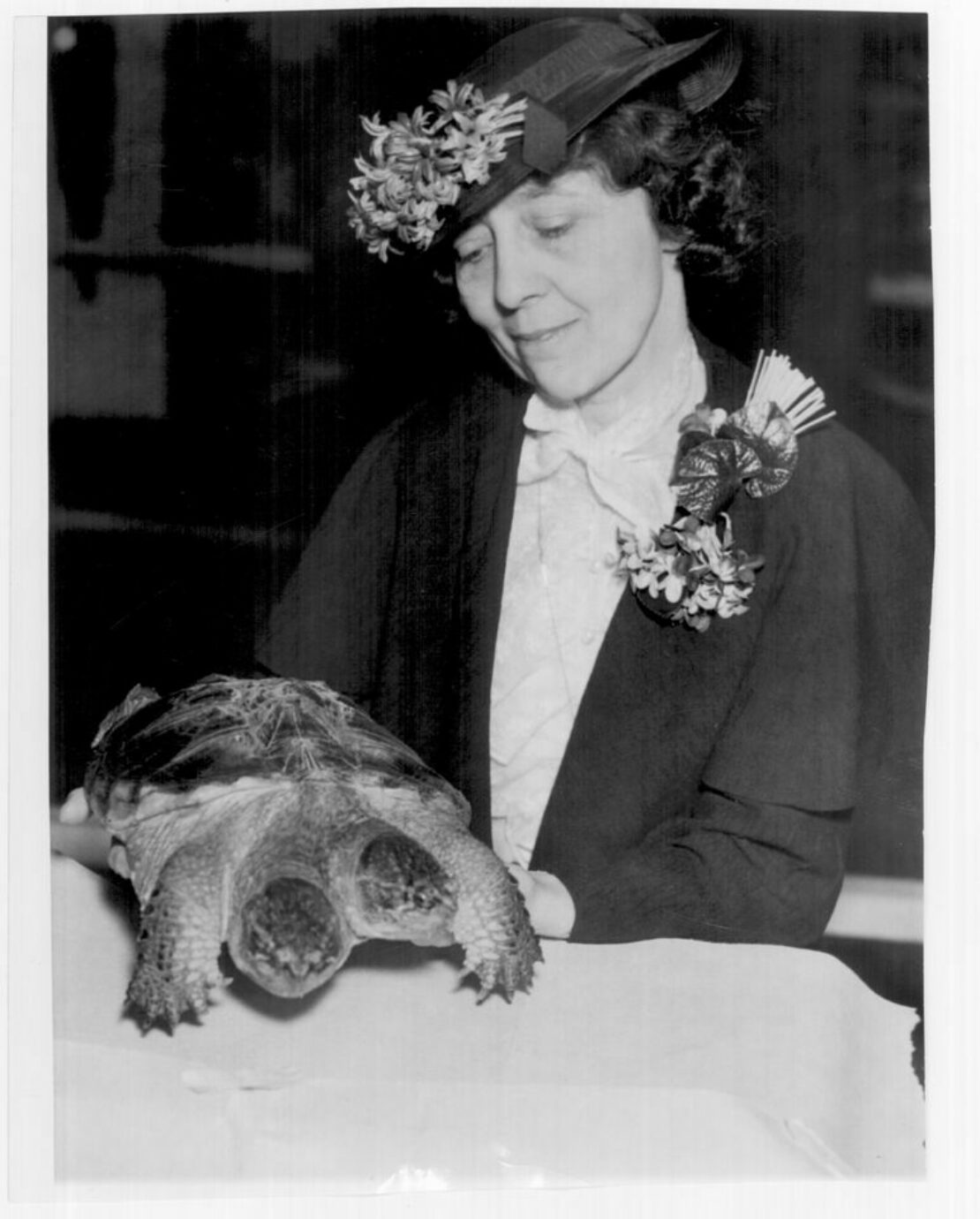 She made a splash right off the bat when startled neighbors called the police to report a woman sitting out on the lawn basking in the sun with a 20-foot snake.

Wiley informed the officers that Romeo, the snake, was 12-feet-long, not the hysterical 20 and, further, he was tame and harmless.

Nevertheless, apparently there were rules on the books regarding front-yard snakes and Wiley was made to take Romeo back indoors and put in his cage.

Wiley’s passion was a crusade to get people to give up their fear of snakes, a fear she maintained was cultivated, not instinctive. She regularly handled rattlesnakes, copperheads, mambas and cobras with her bare hands.

And the snakes took to her, as well. She received some fame for being the first person to breed rattlesnakes in captivity, saying that snakes will mate successfully only if they’re happy, and, yes, she made them happy with her gentle treatment.

Wiley had some local zoos, one on Long Beach Boulevard, which she moved to Market Street before opening a new one on Lincoln Boulevard in Cypress. Additionally, her tamed snakes were used in Hollywood, where she worked as a reptile consultant and provided animals for films, including “Moon Over Burma,” 1942’s “The Jungle Book” and several “Tarzan” features.

She was regularly the subject of feature stories, most were breathless stories marveling that a woman was actually working with dangerous snakes.

Such was the case on July 20, 1948, when photographer/journalist/magician Daniel P. Mannix and his wife Jule visited Wiley to take pictures and do a story for a men’s magazine. After taking several pictures, Daniel wanted to get a shot of a cobra hooding—flaring out its neck as if poised to strike. Because it was difficult to get a tamed cobra to hood, Wiley selected a new young cobra she had recently acquired.

According to a report in the Press-Telegram, Wiley cooed to the snake, “Be pretty for us, Baby. Make your head pretty for us.”

The photographer got his shots, but wanted one more. Wiley protested that the snake was tired and needed to be put back in its cage, but relented and posed for another shot. The flash of the camera startled the snake and it bit Wiley on the finger.

She gently put the snake back in its cage, telling the photographer, “It was an accident, he didn’t mean to do it.”

Tragically, Wiley’s sole vial of cobra antivenom had broken. She was taken to Community Hospital, where the only antivenom on hand was only for North American snakes. She was put in an iron lung to help her with her breathing, but she fell into a coma and died just two hours after being bitten.

Her final words before lapsing into unconsciousness were, “This is interesting. I did not know I would live so long.”

Wiley is buried in Forest Lawn Memorial Park next to her mother.