The Long Beach Health Department is facing a dilemma as the state has asked that the city align with Los Angeles County in reporting key indicators that would allow it to move forward with reopening its economy.

Long Beach is one of just three cities in California with its own health department, and the city has typically held independence from the county. But the state is now requiring that Long Beach align with the county for indicators, such as death rates and the number of positive cases, that would signal improvement in the coronavirus pandemic.

Long Beach Mayor Robert Garcia said he’s concerned that the move could hold the city back in its reopening plans if Long Beach over the next few weeks shows more improvement than the county as a whole.

Garcia in a news conference Friday said he is talking with state leaders and is optimistic that the issue will be resolved.

“We absolutely should be valued as our own city,” he said. “We have our own health department. We draw up all of our own health guidelines and we should not be lumped into the county on these key indicator pieces.”

Garcia noted that the city of Pasadena, which also has its own health department, is facing the same issue.

California Gov. Gavin Newsom this week announced a major easing of restrictions that would allow most counties to begin reopening their economies more quickly. But for now, neither Long Beach nor Los Angeles County meet the state’s indicators for the next phase of reopening.

A key indicator is the rate of positive tests per number of people tested. Under the state’s requirements, the positive test rate must be under 8% before a county or independent city can reopen early. As of this week, Long Beach’s positive test rate was 11.2%, which is higher than the county’s current rate of 9%.

Kelly Colopy, director of Health & Human Services, said the positive test rate may be impacted by a testing backlog that officials hope to have resolved by next week.

Overall, the city had 1,513 positive coronavirus cases on Friday, up from 1,400 on Thursday. Two more people died of the virus, bringing the city’s death toll to 70.

Friday marked two weeks since the city relaxed some health orders including allowing outdoor recreational actives and some small retailers to reopen with curbside service. 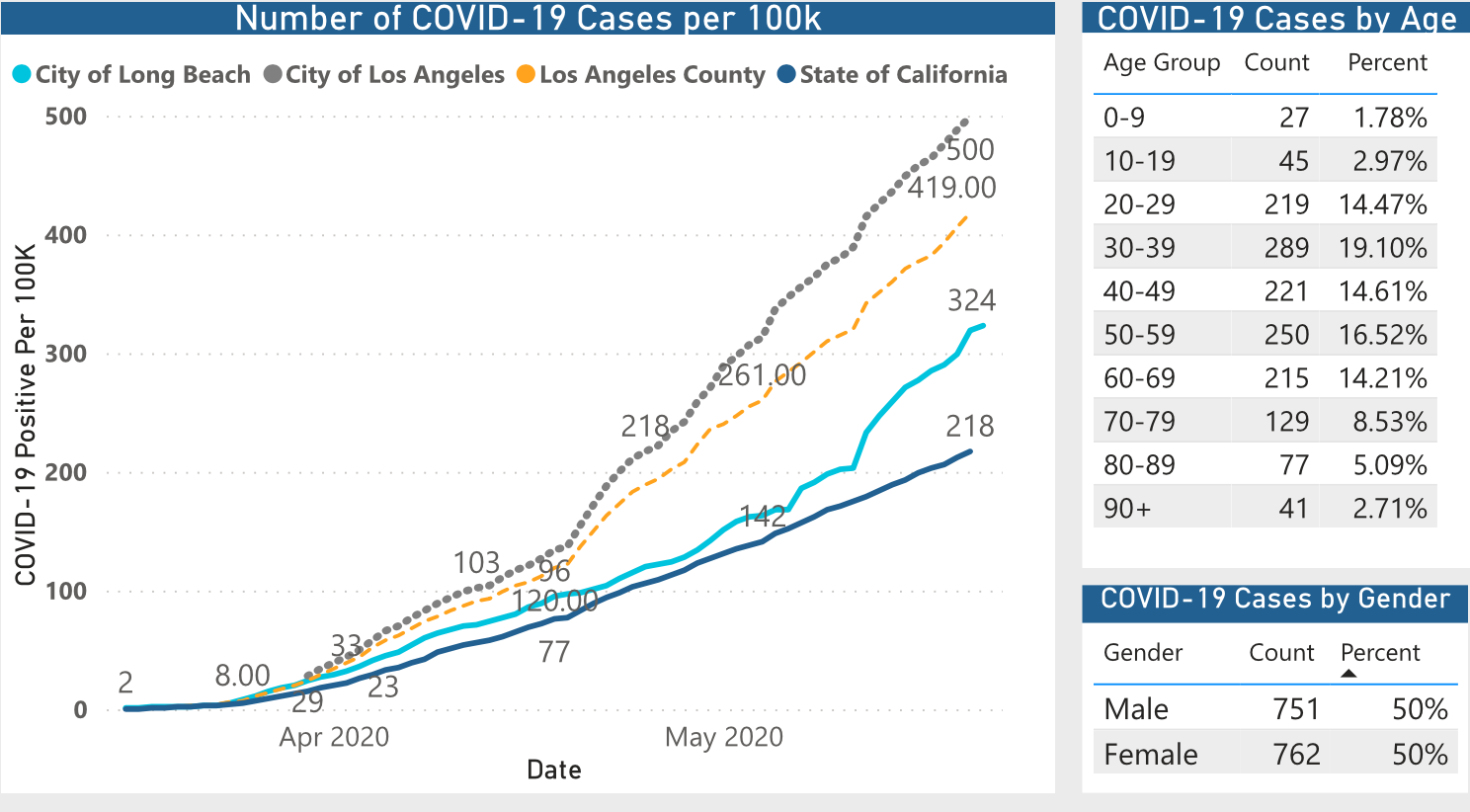 Garcia said the city’s overall number of hospitalizations and case rates have remained relatively flat over the past two weeks, indicating that the relaxed restrictions may not have caused any surges, but it’s still too early to tell.

“It’s generally been flat and maybe we have seen some slight upticks, but we need more data,” he said. “We still have a lot of work to do.”