Long Beach police arrested a man and two teenagers on suspicion of attempted murder in connection with a shooting Saturday evening at The Pike Outlets that injured three people, including a 13-year-old boy.

The entertainment district was crowded with shoppers and diners when the shooting erupted around 7:30 p.m. All three victims were standing in front of the Hooters restaurant when an occupant in a vehicle driving by opened fire, police said.

Police said Sunday they arrested three suspects “within minutes” of the shooting, thanks to video surveillance and witness accounts at the scene. A gun was also recovered, along with evidence from “multiple” crime scenes, police said. 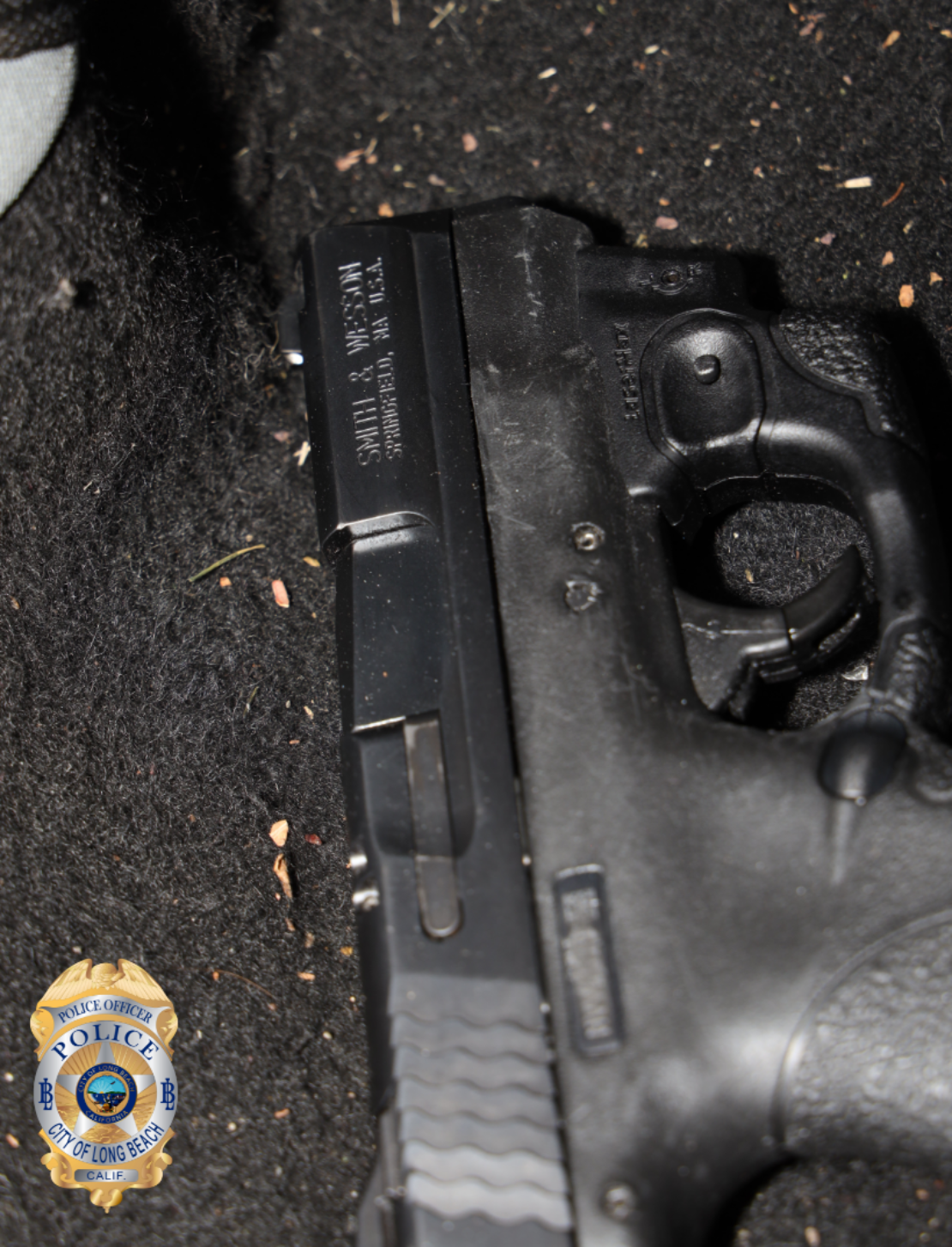 Police identifed only one of those arrested: Jonathan Rodriguez-Zamora, a 23-year-old Wilmington resident, who was arrested on suspicion of attempted murder, shooting into an inhabited dwelling and being a driver permitting a person to discharge a firearm from a vehicle, according to a police statement. He was booked into Long Beach Jail and is currently held on $3 million bail.

Police also arrested a 15-year-old boy who was arrested on suspicion of attempted murder, assault with a deadly weapon and shooting into an inhabited dwelling, and a 17-year-old boy, who was booked for attempted murder, shooting into an inhabited dwelling, altering a firearm and carrying a loaded firearm on a person or in a vehicle while in a public place, police said.

Police typically do not identify juveniles under 18.

A motive for the shooting remains unknown, according to police, but detectives are investigating the shooting as possibly gang-related. The LBPD defines gang-related crimes as any crime committed “for the benefit of, at the direction of or in association with any criminal street gang.”

Police said they are reviewing surveillance video as part of their investigation, which remains ongoing.

Evidence markers on the street were three people were wounded in a drive-by shooting while at The Pike entertainment district in Long Beach Saturday, June 26, 2021. Photo by Kaivon Barreras.

“Significant investments have been made to enhance surveillance video systems in the downtown Long Beach entertainment areas,” police said in a statement.

Police Chief Robert Luna said in a statement that the department had extra officers working in the area at the time of the shooting, and the officers were able to immediately render aid to the victims.

“I would like to thank all of the community members who assisted the officers in the area by quickly providing valuable information during this tragic incident,” he said in a statement.

Anyone with information regarding the shooting is asked to contact LBPD’s Gang Investigation Section at 562-570-7370. Anonymous tips can be submitted through LA Crime Stoppers by calling 1-800-222-TIPS (8477), downloading the “P3 Tips” app to your smart phone or visiting www.lacrimestoppers.org.