Long Beach will solve this year’s budget deficit with a massive one-time infusion of federal and state money, allowing it to avoid any cuts to staffing or programs, according to a draft of next year’s spending plan released Friday.

“We were thinking there were going to be really difficult cuts this year,” Mayor Robert Garcia said at a Friday media briefing. The passage of the federal American Recovery Act “absolutely changed everything about our budget,” he said.

In this year’s budget cycle, which runs from Oct. 1 to Sept. 30, the city had to contend with a pandemic that stripped away millions of dollars in sales tax and other revenue, while at the same time providing relief to vulnerable groups ravaged by the pandemic, including low-  and middle-wage workers, renters and the homeless.

The city’s total budget is $3 billion, much of which is tied up in the Harbor Department, Long Beach Airport, Water Department and others. A smaller slice, known as the general fund, is what the city has to spend on much of the services that directly impact residents, such as libraries, police, fire and recreational programs.

The $591 million proposed general fund in 2022 is about $51 million less than the current year, and officials were facing an approximate $30 million deficit—equivalent to about 145 full-time city jobs, City Manager Tom Modica said Friday.

The general fund, however, was bolstered by roughly $135.8 million in one-time funds officials are counting on from the American Rescue Plan. It remains unclear, however, whether the federal government will place any requirements or restrictions on the relief funding.

The draft budget released Friday must still undergo public hearings and scrutiny from elected leaders. It is expected to be approved in September.

Here are 5 key things to watch as budget deliberations unfold over the next several weeks.

The city is pinning its hopes for a balanced budget on millions that it expects to receive from the federal government, even approving  a spending plan for the relief funds last March. A significant chunk of those funds, about $76.7 million, will be used to fix the projected budget deficit in this year’s 2021-22 budget, and to refill the city’s depleted reserve funds.

“There is nothing more important than that,” the mayor said. “If we had another emergency, we know we’d be able to meet that crisis.” 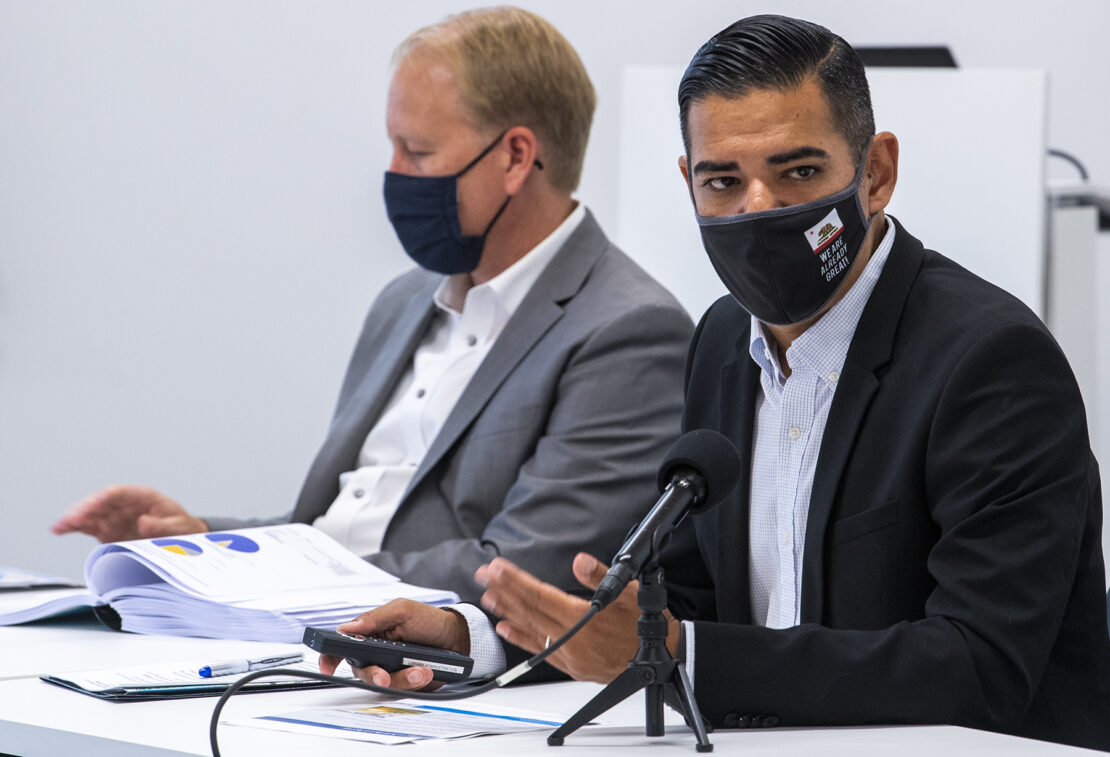 Long Beach has already received or will receive over $249 million in federal and state funding related to the coronavirus and its effect on the economy, much of which is tied to previously approved programs to  help renters with back rent, or is dedicated to specific parts of the city like the airport, homeless services and COVID-19 testing and contact tracing.

City officials on Friday said they will also direct about $64 million to support businesses and promote economic inclusion, among other programs. Another $108.5 million will be used to respond to the COVID-19 pandemic, including providing basic resources for families, homelessness, housing and language access.

Long Beach voters in November approved Measure US, which doubled the city’s general tax on business licenses for oil production to 30 cents per barrel.

The revenue—this year about $1.3 million—is to be used generally for youth, community health and climate change.

Modica said the officials have proposed using $917,636 to establish a Youth Fund that will provide grants and other resources for young people, close to $155,000 for community health programs and $243,000 for the city’s efforts to study climate change and devise ways to adapt.

Money from the sales tax increase approved by voters in 2016 next year includes:

Oil drilling operations, passenger fee revenue from the Carnival Cruise Line terminal near the Queen Mary and fees from patrons of coastal facilities are key sources of revenue for this fund, which supports myriad marquee projects along the city’s 7-mile coastline, such as plans for a new aquatics facility in Belmont Shore, upkeep of the Long Beach Convention Center, Naples Island seawall repairs and many others.

These sources of revenue have been especially hammered by the pandemic, though oil prices have rebounded and Carnival expects to begin running cruises again later this month.

Tidelands had an $88.4 million budget this year, down about $21 million from the prior year.

Projections for next year are rosier: The city is expecting to have $107.5 million to spend in 2022.

An issue that has been simmering for five years is the outcome of a lawsuit that residents filed in 2016, and again in 2018, over usage fees the city has been collecting from its Water Department, which the courts found was improperly transferred to the general fund. Utilities cannot by law charge more than the service costs to provide.

The city is awaiting the outcome of an appeal to that decision. If it is not successful, the city’s budget would decrease by about $9 million a year, and Long Beach potentially could be forced to pay back millions in fees it has collected.

Modica on Friday, however, said he was optimistic the city would prevail.