When Julian Jeang-Agliardi was about 6 years old, he received his first skateboard from a homeless man at the Long Beach Belmont Pier. As he got on the board—an old-school cruiser deck—he immediately fell in love with the feeling of flying and zooming around.

After an impressive run over the last couple of years that saw Jeang-Agliardi perform a trick that has never been done before at Cal State Long Beach, and get sponsored by the legendary skateboard team Powell-Peralta, the 12-year-old Long Beach resident is now set to appear in the next season of “The Camp Woodward Show” with professional skateboarder Ryan Sheckler.

Sheckler, who attended Camp Woodward himself when he was 7, is known for bringing big money into skateboarding through corporate sponsors such as Oakley and Red Bull. As a teenager, he was also the star of MTV’s “Life of Ryan,” which launched Sheckler, now 32, into new levels of fame outside of skating.

“The Camp Woodward Show” is a reality program that began in 2007 and features skaters with the intention of helping participants improve their skills throughout the season. The show has produced 11 seasons so far, with filming solely taking place at the Woodward Camp in Pennsylvania. However, Season 12 will be the first time cast members hit the road, traveling and filming for two months from Woodward skate camps in California to the original camp in Pennsylvania with Sheckler.

“It’s hard not to have fun,” said Jeang-Agliardi who just got back from filming for the show in Lake Tahoe and is headed to Park City, Utah. “I have been learning so many tricks at Woodward, stuff I’ve been scared to try.”

Jeang-Agliardi has taken the skateboarding world by storm recently, including recently being featured in a two-page spread of Thrasher Magazine’s June edition.

“It’s very rewarding to step back and observe them finding themselves and growing on their own,” Jeang-Agliardi’s father, Yannick, said. “School doesn’t teach this stuff—persistence, perseverance.”

The new season of “The Camp Woodward Show” is expected to premiere next year in January, although an exact date has not been announced. 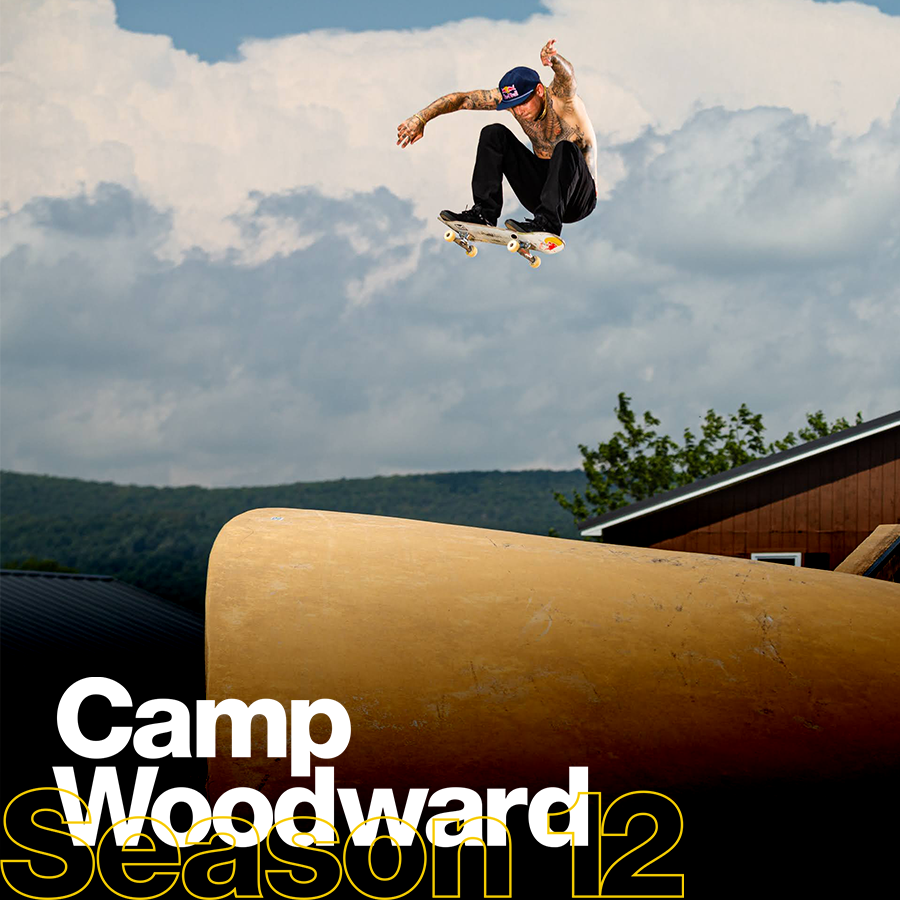