A man has surrendered his two dogs to Long Beach Animal Care Services after a video went viral on social media of one dog tied up in the bed of a pickup truck with his muzzle taped shut.

Many community members alerted the Long Beach Police Department on Tuesday and ran the truck’s license plates from the photos and video, according to a statement. Police determined that “no crime had occurred” based on the preliminary information they have.

Video posted on Instagram by animal advocates shows the dog owner driving down a freeway with a shepherd dog in the bed of the truck and his muzzle taped shut.

Erin Ryder, who took the video, was able to get him to pull over and take the tape off, but he initially did not want to relinquish the dog to her. The owner told Ryder the dog, Ringo, was older and used for security at his work and he had just taken him to the vet for his bloody paw. The vet told him Ringo had cancer in his foot and needed to either have it amputated or the dog put down and the man didn’t want to do that.

“The biggest goal for us was just to get the dogs care,” Ryder said.

She said the man didn’t seem to have any malicious intent with how he treated the dog. He had no problem pulling over and taking the tape off the dog’s mouth, she said.

“He was a sweet man,” Ryder said. “I think it was just a case where he didn’t know any better, and I know social media is quick to judge.”

Tying up the dog in the back of a pickup truck isn’t actually illegal in California, she noted.

Ringo, a shepherd mix, and Barbie, a lab mix, are now at the animal shelter as officials investigate the case, according to a representative from Live Love Animal Rescue, which was involved in the surrender. 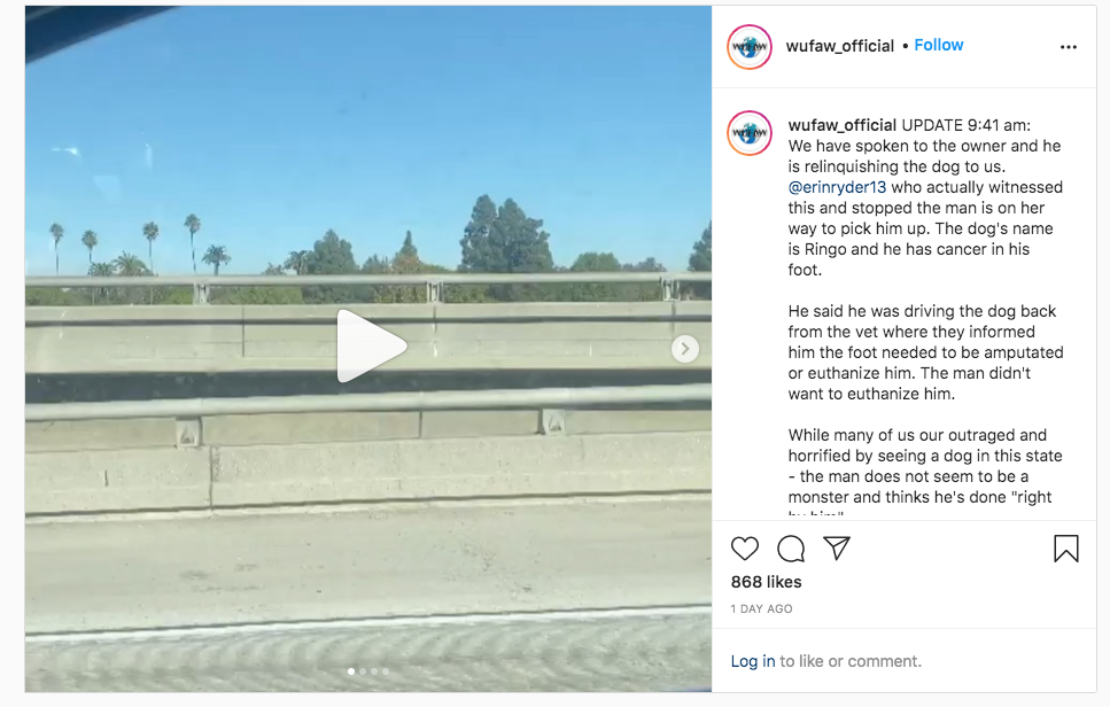